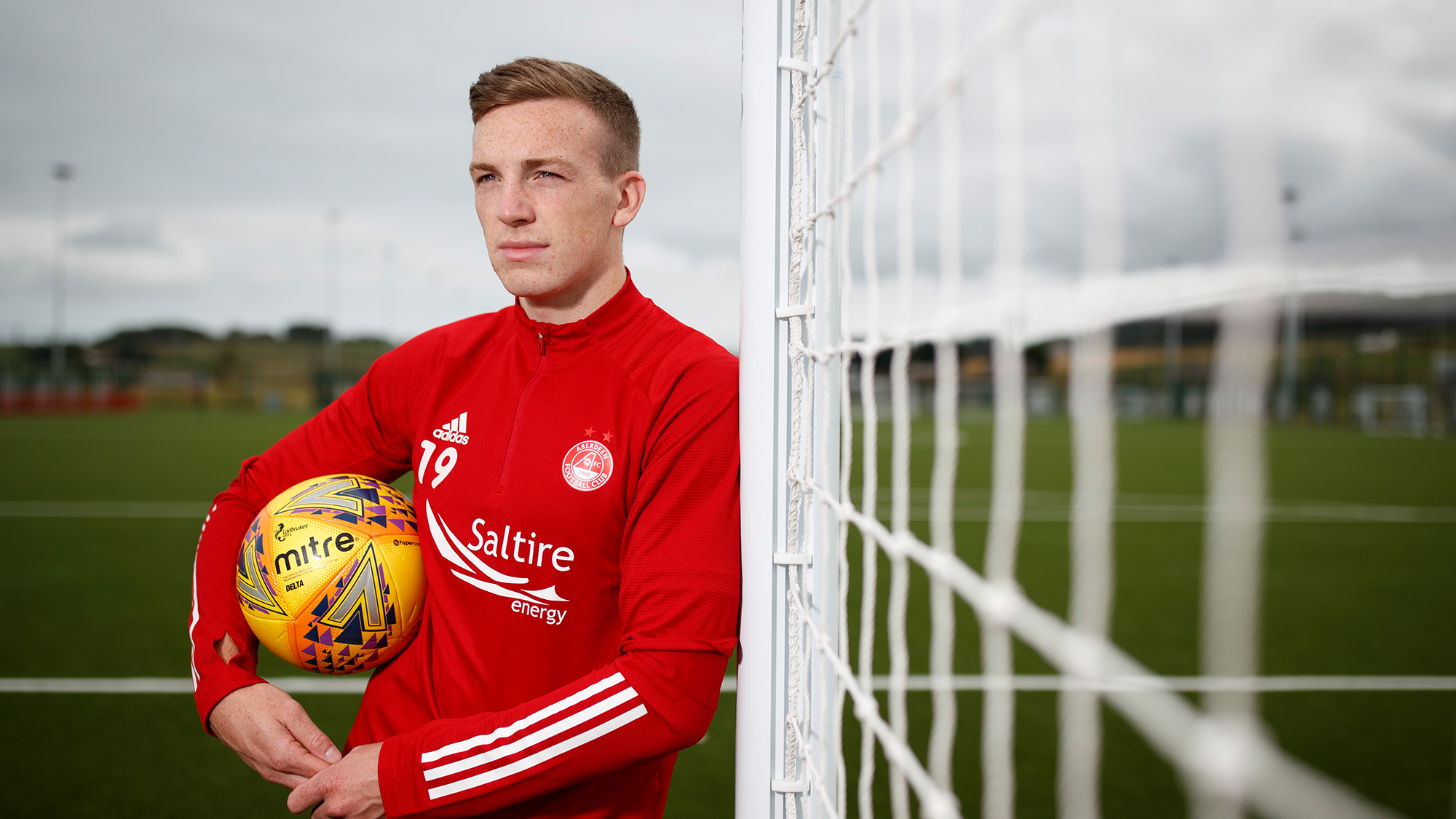 In recent weeks Paul Sheerin has handed debuts to Jack MacKenzie and Calvin Ramsay and Ethan Ross was given a start against Dumbarton. Kieran Ngwenya and Kevin Hanratty meantime have been loaned out to Cove Rangers to help their development. Also this season Derek McInnes fielded Ryan Duncan, Miko Virtanen and Michael Ruth. Whilst these players are all at the beginning of what will hopefully be long and successful Aberdeen careers, another youngster Lewis Ferguson is close to making 120 appearances for the Dons after being given his chance and taking it a few seasons back. The midfielder’s relentless work ethic, focus and determination make him a fine role model for the current crop coming through.

So what advice would Lewis have for them? 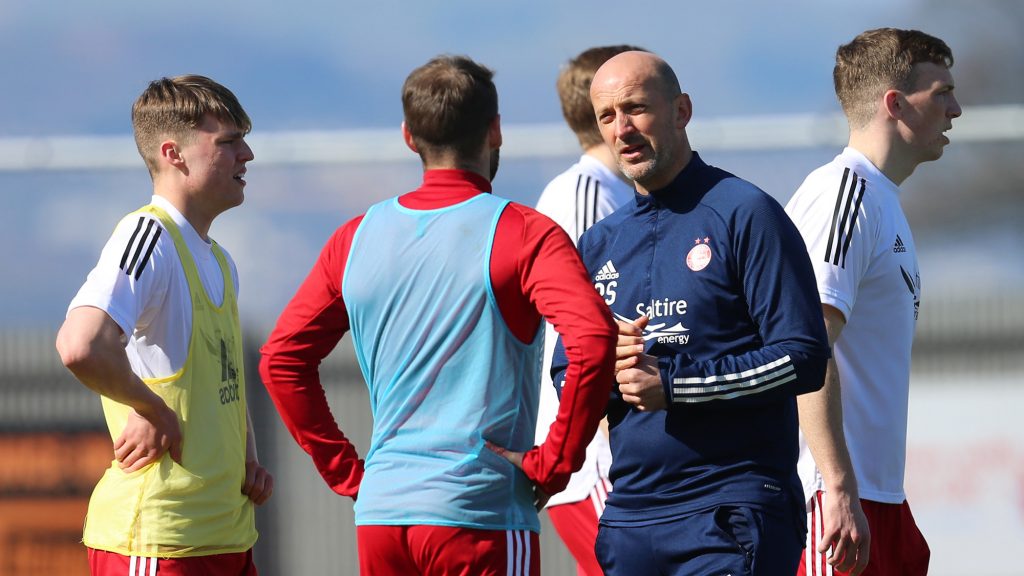 “It’s been a hard year for the young boys because they’ve not been able to play much football because of the Covid situation. They’ve just been in training with us, and credit to them, they’ve impressed everybody. It’s good that they’ve got some game time now and they’ve done well when they’ve had the chance.

“Paul and Barry as well as everyone in the Youth Academy deserve a lot of credit for the work they have done over many seasons with these young players.

“The physicality is the biggest change when you come into the first team. As well as also the pace of the game. When I made my debut for Hamilton I was the same as Calvin at Dumbarton, I got cramp as well! Everything builds up, the nerves, and everything that goes with it and ultimately it ends in cramp.

“The advice I would have for any of the young players playing their first games is just listen to the manager and what the coaches tell you, listen to what the game plan is. Take confidence from the fact you have been selected, you are there on merit and just go and believe in yourself. Believe that you can go and perform, because you are there for a reason. Go and believe that you belong there and just go and play the game.

“It is all about taking your chance when you get it and then work your socks off to stay in the team. You want to go in and make that position yours.” 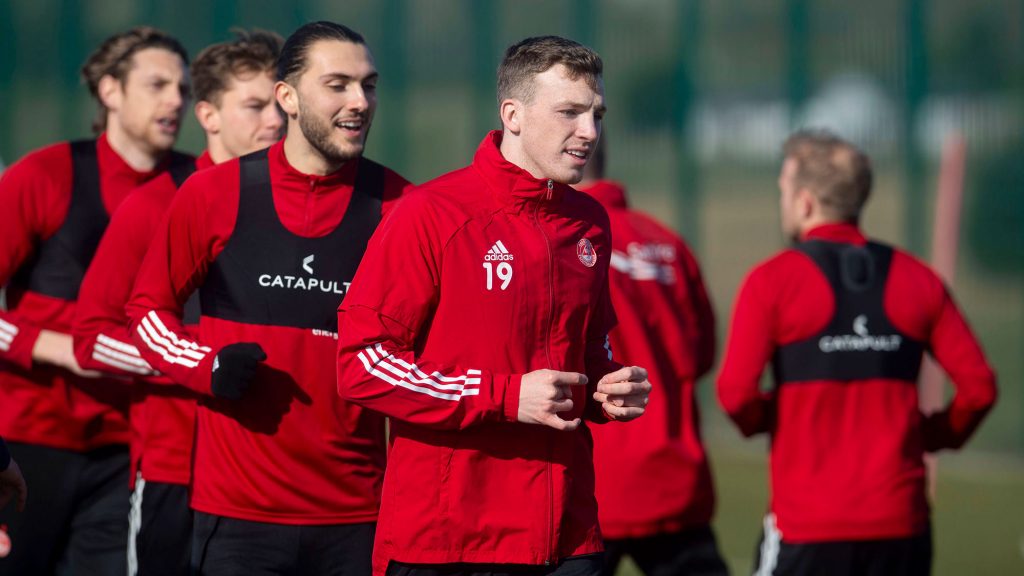 The Dons season is mirrored by looking at Lewis’ goal scoring record. He netted nine times before the October international break, but after returning from an isolation period, along with Ross McCrorie and Connor McLennan, he has failed to find the target.

“We’ve not had much luck in front of goal over the last couple of months. That’s not an excuse but I don’t think many things have gone our way. We have had goals disallowed, penalties not given and we’ve hit the woodwork quite a few times, but there have been opportunities where we could have done better too.

“A lot of it is confidence, especially for strikers.

“When things are going well, everything you hit goes in, you do things automatically, it all comes naturally to you. But the longer the run goes on without getting goals, the more nervous players get in front of goal. Across the season, when we haven’t scored an early goal, we’ve struggled to find the back of the net generally, players do get more anxious. I think our build up play has been good, we’ve been creating chances, but we’re missing that final piece of the puzzle in the final third, whether it’s finishing or finding the final pass.

“Hopefully once a couple go in, then I think the anxiousness goes and things start to fall into place. 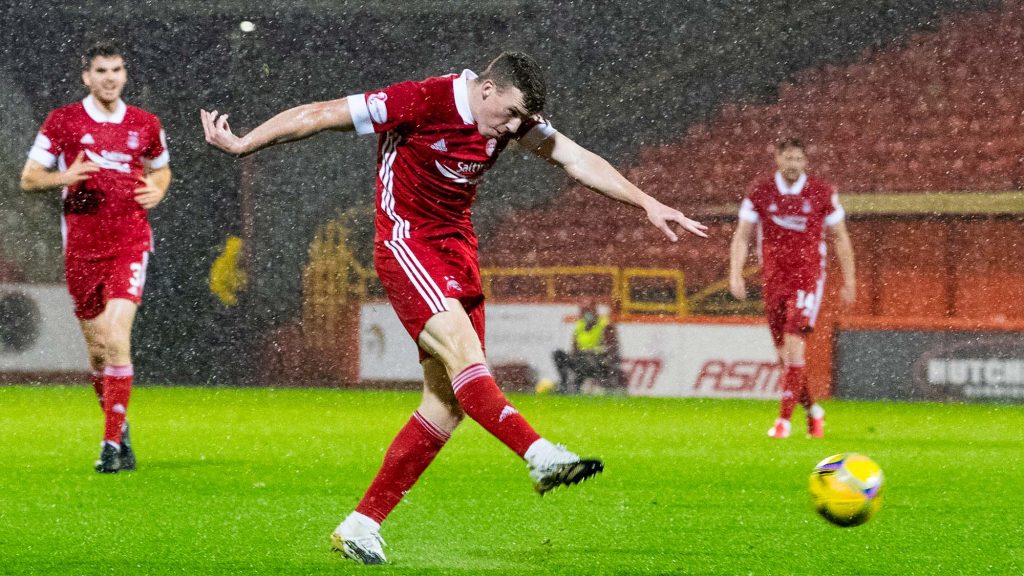 “There is a lot of football to be played over the next month with the league and Scottish Cup.

“In terms of third place, that was our aim at the start of the season. It’s a tough ask for us to do it now, but while it remains possible, we won’t stop believing in our ability to do it. It’s a mini-league now, we can only take care of our business. We’ll keep working hard and striving to win as many games as we can until the end of the season and then we’ll see where that takes us.

“It’s been a tough month or so where there’s been a lot of uncertainty but now the new gaffer is here and coming in to take over things, it’s exciting.

“I’ve got a lot to thank Derek and Tony for. They brought me into the club, they backed me every single week, looked after me, made me a better player and person. I owe them so much. But football is always changing and now it’s time to look forward. It’s been good working with Paul, Barry and Simmy over the last few weeks. They’re really good coaches, they’ve made a few tweaks to things here and there, nothing massive, and they’ve been good to work with.

“It’s a fresh start for everyone, we all have to go and impress the new manager, we all have a point to prove again and a place to play for in his team and in his plans for next season. We have boys who are out of contract, who haven’t been playing so regularly, but everyone now has a clean slate and not too much time before season’s end to make their case. My approach is to train hard, play as well as I can and try to make myself part of his plans. We know he’s been watching the games on TV, and he’ll be starting to form his ideas, but when he’s in the building obviously that will make things easier for him.” 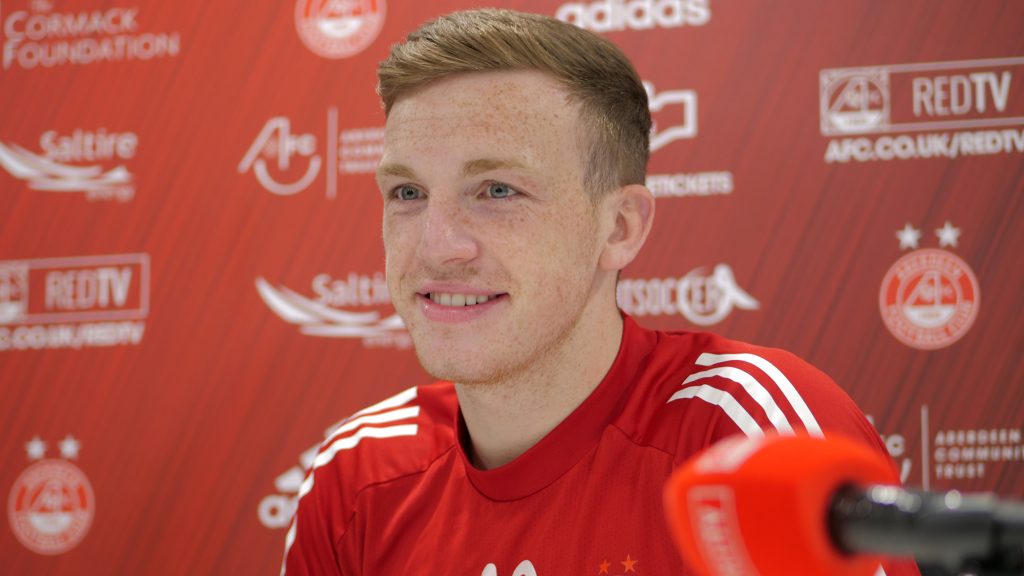