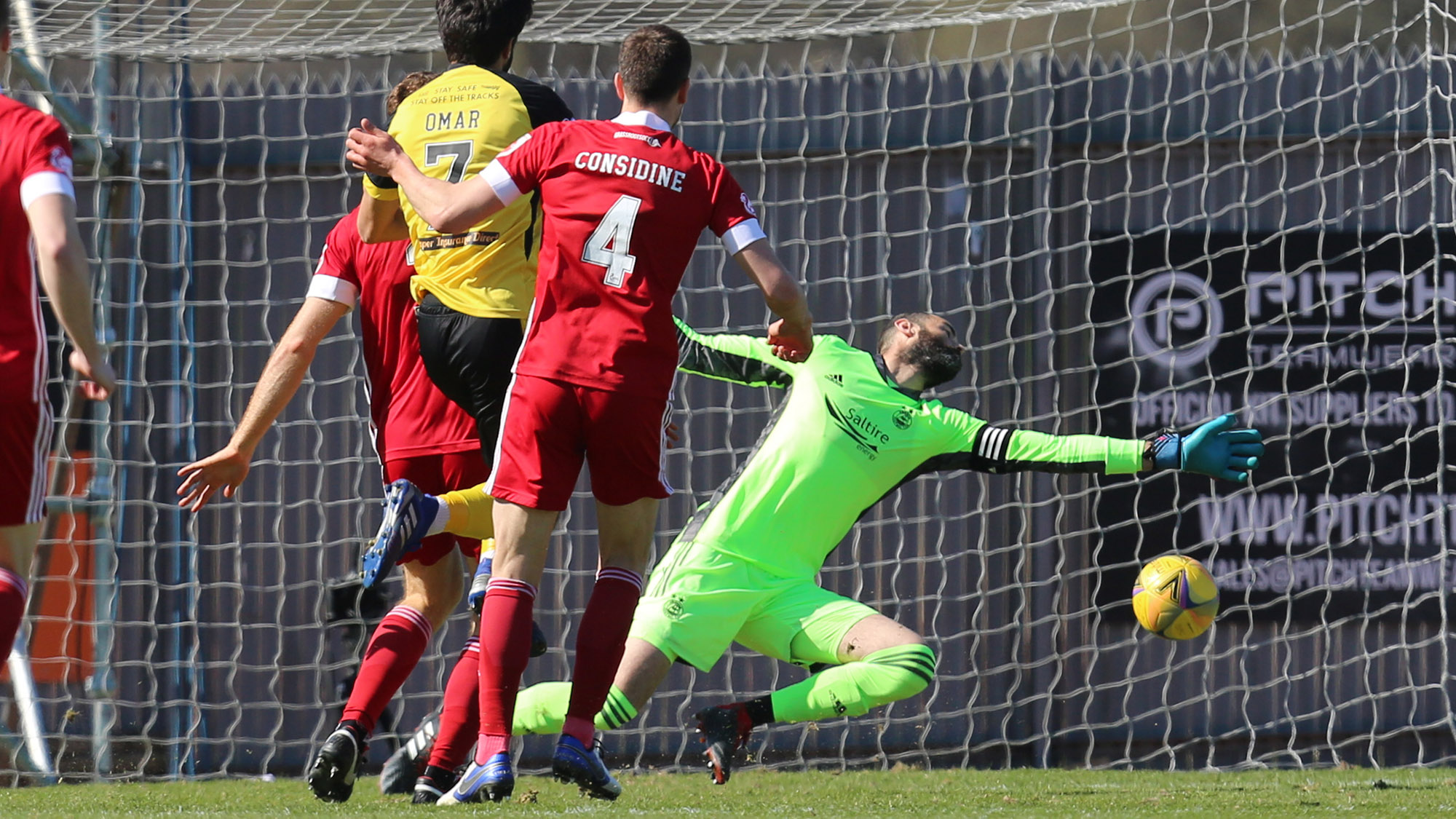 “Coming into these games, you know it can be difficult, and it was.

“I had a look at the stats, we had 83% possession and something like 26 shots. Their goalkeeper has made some brilliant saves in the first half and we also had one cleared off the line.

“We should have been ahead at half time. We created three or four clear openings.

“I thought we played well in the first half, passed it well.

“We played some decent enough football in that first half and created chances but it is the final ball or shot that is letting us down, that final piece of the puzzle.

“They had some big players and they were a real handful from set plays. Any opportunities from free kicks or corners they put it in the box and in the first half they did have one chance. They also had a chance at the start of the second half when we failed to clear our lines.

“Two defenders hesitated and never really dealt with the situation. Their player has gambled and struck it well, down to my right side but I was able to get enough of a hand on it to push the ball wide. It was the only save I had of note.

“The pitch dried out in the second half and was quite sticky and we failed to move the ball quickly enough. We again struggled with the final ball when we got near to goal. It has been our problem recently, but we got there in the end with Callum’s goal.

“I am very pleased to be in the next round.”