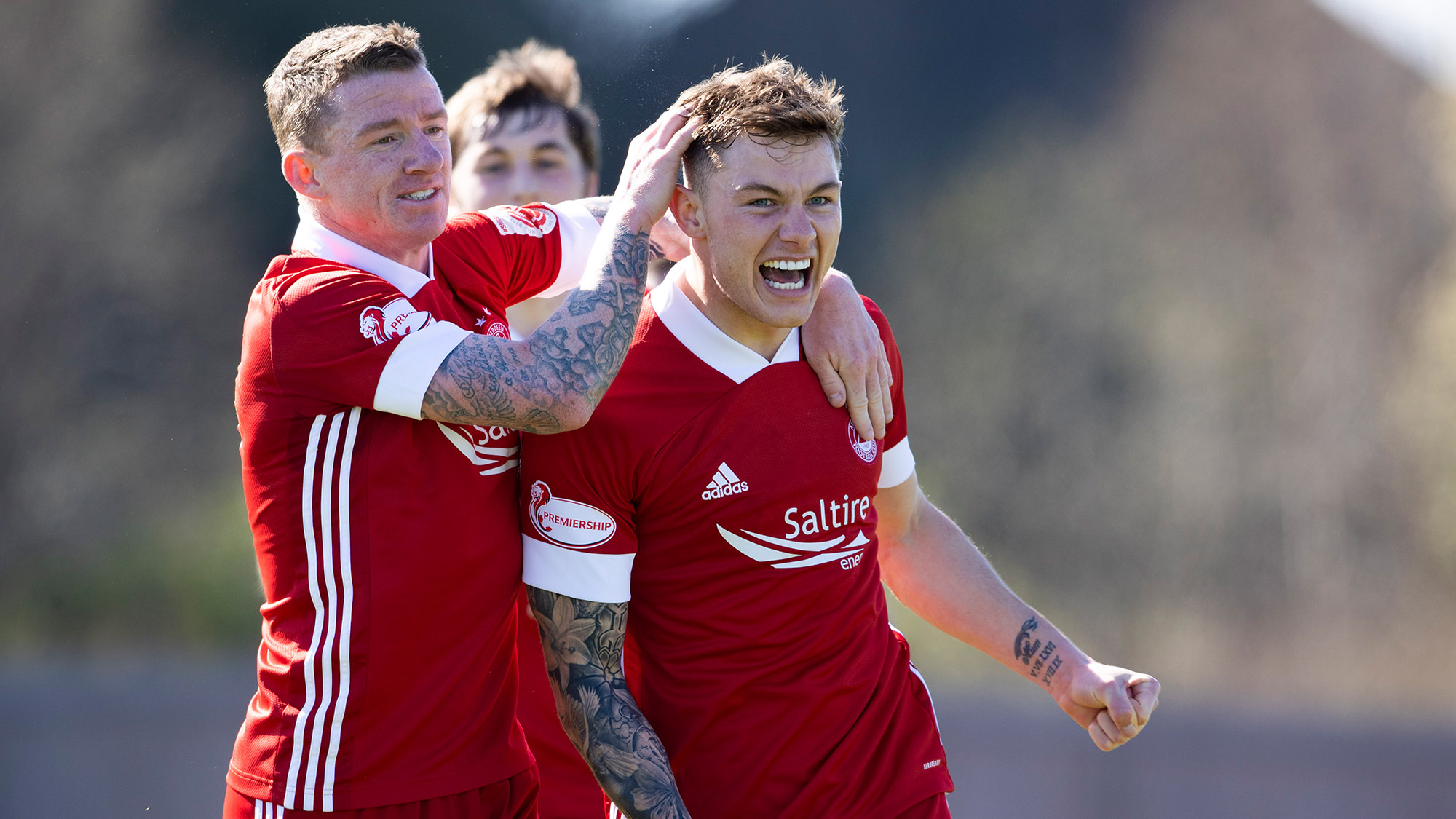 Callum Hendry was the Aberdeen hero in Dumbarton this afternoon, tucking away the late winner that sees the Dons into the last 16 of the Scottish Cup.

“Coming into the game, we knew this was going to be hard because cup ties like this, they always are. Last night, Inverness beat Ross County, so the league that you’re in doesn’t really matter in cup games, especially when you’re going away from home. There’s always the possibility of the game being a banana skin, so all that mattered was winning the game.

“I’m here to do the best I can for the team. If the gaffer puts me in from the start, that’s great but if he wants to start me on the bench and bring me in later, then as long as I’m playing my part, I’m happy. Wherever and whenever I play, I just want to score goals.

“I love playing the game, whether I start or whether I come on for half an hour, I want to make the most of it, that’s what I was born to do. I was delighted to be able to come on today and make a difference and get us through to the next round.

“As a team, we’ve had our problems in the final third, but you just have to keep doing the right things. I’ve had dry patches when I’ve not scored goals, but I’ve never let it affect my confidence, you’ve got to be brave.

“You’ve got to give credit to Dumbarton too. The goalkeeper has made some great saves, the defenders were throwing themselves in front of everything, it was a proper cup tie.

“Paul’s doing a good job as caretaker here, the boys all respect him and what he’s doing but it will be good when the new manager arrives and we have that bit more stability to the end of the season.

“I’m looking forward to Alan Russell coming in as well because of his reputation as a strikers’ coach. When I was a kid in the academy at Blackburn, I watched videos of his coaching sessions and some of them were amazing. Hopefully I’ll get chance to have some sessions with him.”