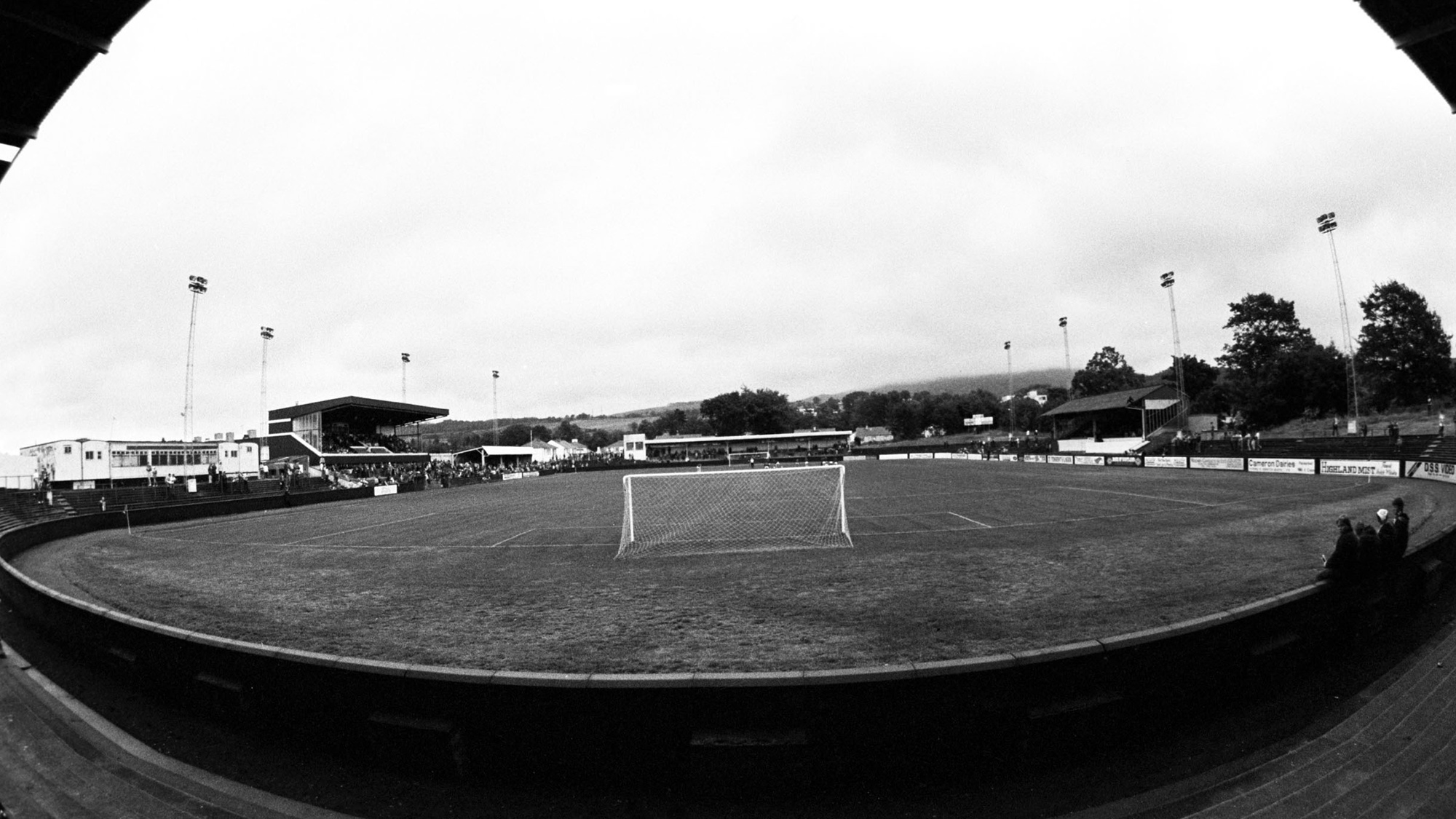 Dumbarton v Aberdeen in the Scottish Cup | the history

The first time the sides clashed resulted in Dumbarton’s only victory over Aberdeen in the cup.

Aberdeen were in poor form back then and Second Division Dumbarton caused an upset with a 1-0 win at Boghead in 1913. There was confusion ahead of the tie as the directors were undecided as to the team to face Dumbarton. Neither Hume nor Hannah had been in good form and eventually the side that was picked was;

Heavy rain meant that conditions were poor with ‘ankle deep mud’ reported in some parts of the pitch. In a game that Aberdeen certainly dominated in terms of possession they simply could not find their way to goal and squandered numerous chances. The first goal of the game came after three minutes when Ferguson tricked Hannah before setting up Rowan who gave King no chance.

That was the only chance that came Dumbarton’s way in the first half. In the second half Milne had the ball in the net but referee Robertson decided that the goal was offside. With 15 minutes left Aberdeen finally got their equaliser through Scorgie after good work by Main. It was then the home side that took the game to Aberdeen with eight corners in several minutes. Eventually Rowan scored a second goal that proved decisive. Aberdeen could not muster another comeback and they went out of the cup with only £75 gate money to show for their efforts.

In 1922 Aberdeen had both Wright and MacLachlan back for the visit of Dumbarton in the Scottish Cup. Sixteen thousand paid £930 gate receipts for the tie in which Aberdeen were seen as fortunate to progress. The crucial goal came four minutes before half time. After a foul on Miller Aberdeen were awarded a free kick. Doug Thomson stepped up to take the kick and his half-hearted effort was deflected by Henderson before it hit King and into the net. Aberdeen continued to press and claims for a penalty when Thomson was brought down were waved aside by Dundee referee Campbell. The Aberdeen team that day was;

Two years later the sides clashed again at Pittodrie and once again Aberdeen prevailed after a struggle. Jimmy Jackson opened the scoring after half an hour but the home side were stunned after the interval when a fierce shot from Stalker hit the roof of the net. Aberdeen defender Forsyth cleared the ball away as many spectators did not realise the ball was in the net. In the closing stages with a replay looking likely Stewart Davidson slipped the ball to Johnny Miller who slammed the ball into the net to the relief of the Aberdeen players and support. 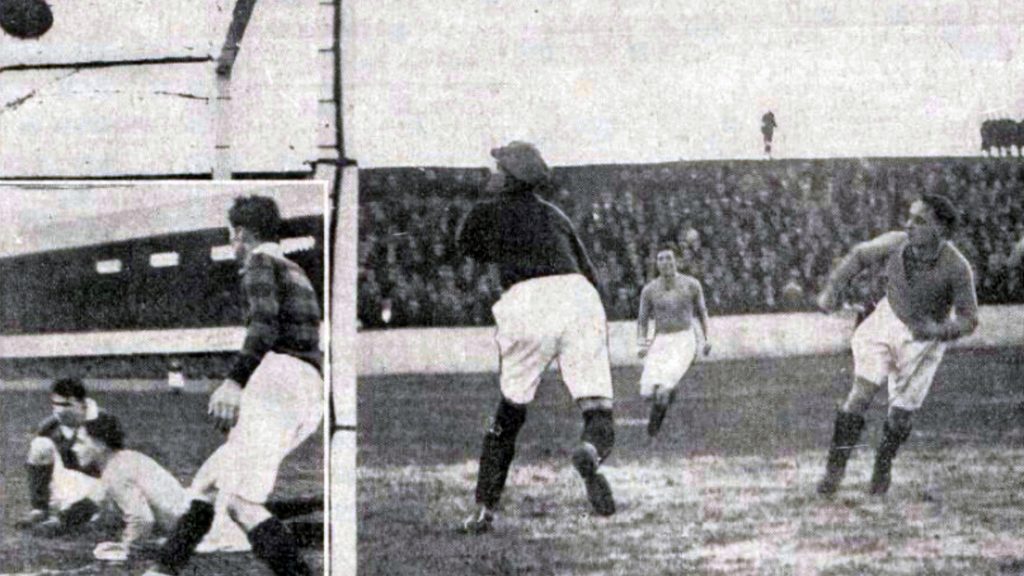 In January 1931 Aberdeen recorded their best win over Dumbarton in the cup with a 6-1 win at Pittodrie in what was the side’s fourth Scottish Cup meeting. The Dons eased into the second round of the national competition with a comfortable win against a Dumbarton side who were in the Second Division at the time. The visitors battled well in the opening 20 minutes, but after Yorston opened the scoring in the 22nd minute, it was all Aberdeen. Yorston had another chalked off before he added a second just after the half-hour mark and then turned provider as he set up McLean for the third before the break. The Sons started the second half with renewed belief but failed to convert their chances. Love added a fourth when he met a Smith cross and minutes later, McDermid drilled a header past the keeper, again with a cross provided by Smith. Love added a sixth from the penalty spot before McLean was forced to retire with a groin injury. In the closing stages, Shaw grabbed a consolation for Dumbarton. The gate generated £413 from the 10,570 crowd in attendance. Aberdeen went on to reach the quarter finals that season.

The last occasion the side met was at Boghead in the quarter final was way back in 1966. Once again Aberdeen were in command in what could have been a tricky tie. Manager Eddie Turnbull had begun to transform his side and they showed enough to suggest that better days were ahead. Despite a nervous start Jimmy Wilson opened the scoring after 29 minutes and it was not until Billy Little added a second after 70 minutes that Aberdeen could relax. This win put Aberdeen through to the semi-finals for the first time since 1959. The Dons team that day was; 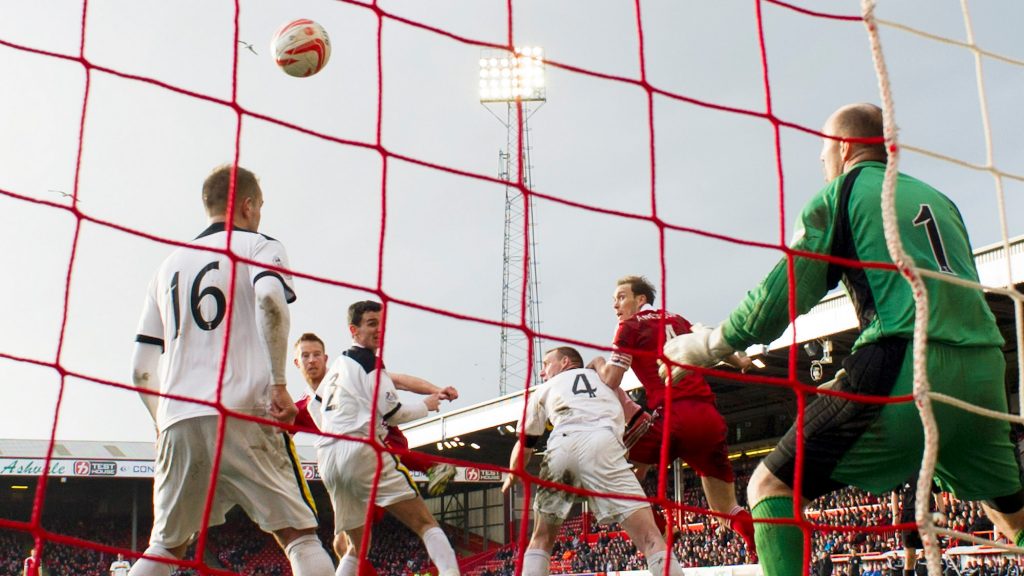 Then in 2013 Adam Rooney’s second-half header was the difference as an inform Aberdeen edged out Dumbarton for a place in the Scottish Cup semi-finals. They were made to work for their place in the last four with Dumbarton causing the Pittodrie men a range of problems either side of half-time. Rooney rose highest in the box to meet Barry Robson’s cross to settle home nerves, then Ryan Jack hit a post. Aberdeen dominated as the Sons tired, though Paul McGinn went close late on. Ian Murray’s men deserve huge credit for a battling display, and things could have been different had they taken one of their chances when the game was goalless. Aberdeen the following Sunday would beat Inverness CT to win the League Cup, however dreams of a cup double were dashed when St Johnstone knocked The Dons out in the semi-final at Ibrox. Former Dons Mitch Megginson and Bryan Prunty were in the Sons’ squad that day. Of the current Aberdeen playing staff, Andrew Considine, Shay Logan, Jonny Hayes and Niall McGinn participated in that match.

And last January a late Sam Cosgrove penalty, five minutes from time, was all that separated the sides as League One Dumbarton were denied a fourth-round replay. Aberdeen had been held at home at this stage by Stenhousemuir 12 months ago and the Red Shed were becoming increasingly nervous as the game wore on. Connor McLennan, Ash Taylor, Sam Cosgrove and Dylan McGeouch all could have opened the scoring, but when they didn’t the League One side grew in confidence and defended really well as they frustrated the home side. Bruce Anderson thumped a great chance over the bar, and when Andrew Considine and then Scott McKenna headed wide the game appeared to be heading for a replay. Aberdeen had around 30 shots and yet very few forced the keeper in a save. But the deadlock was finally broken when Rico Quitongo tripped Cosgrove inside the box, the striker stepped up to score his 21st goal of the season. 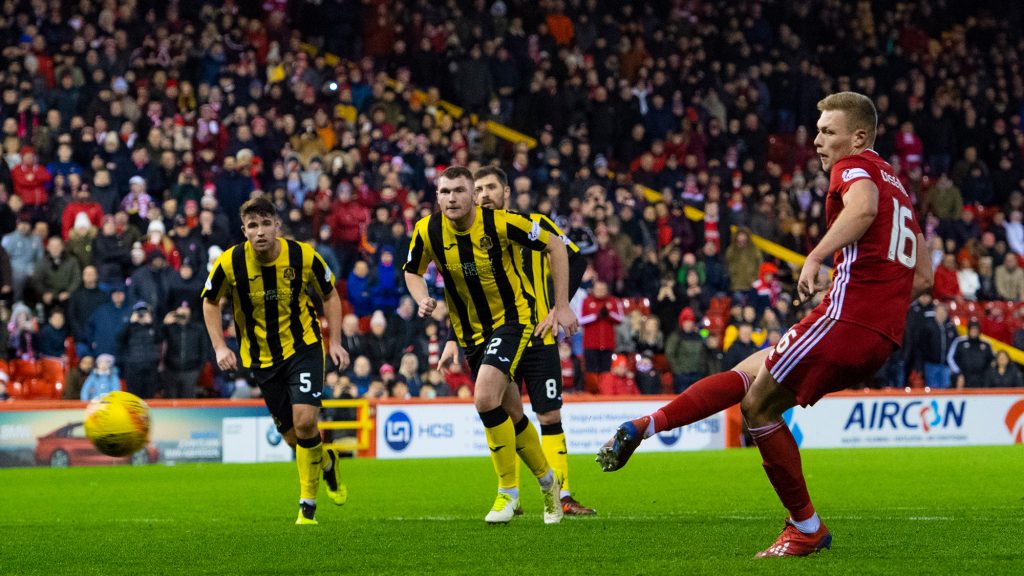 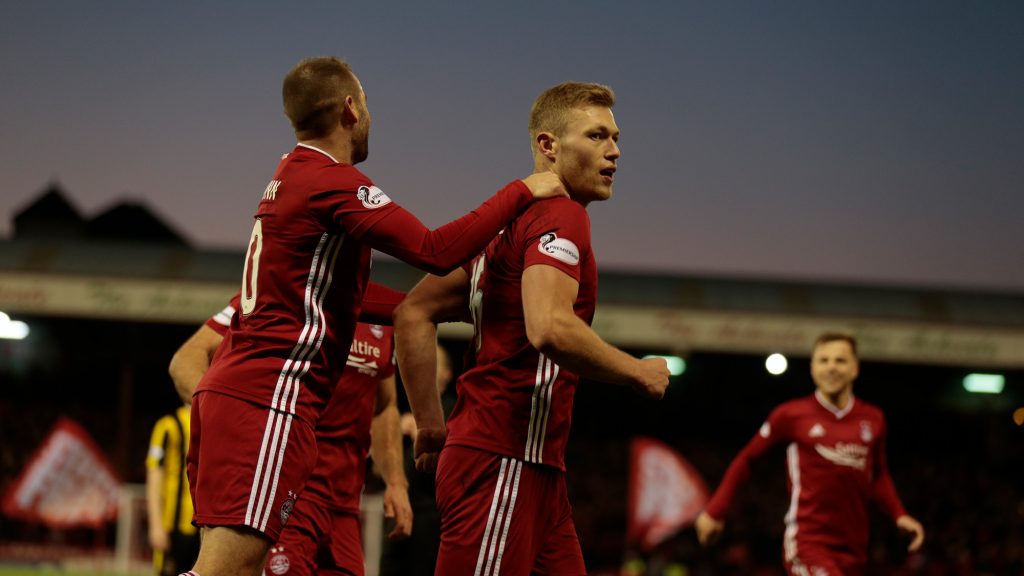