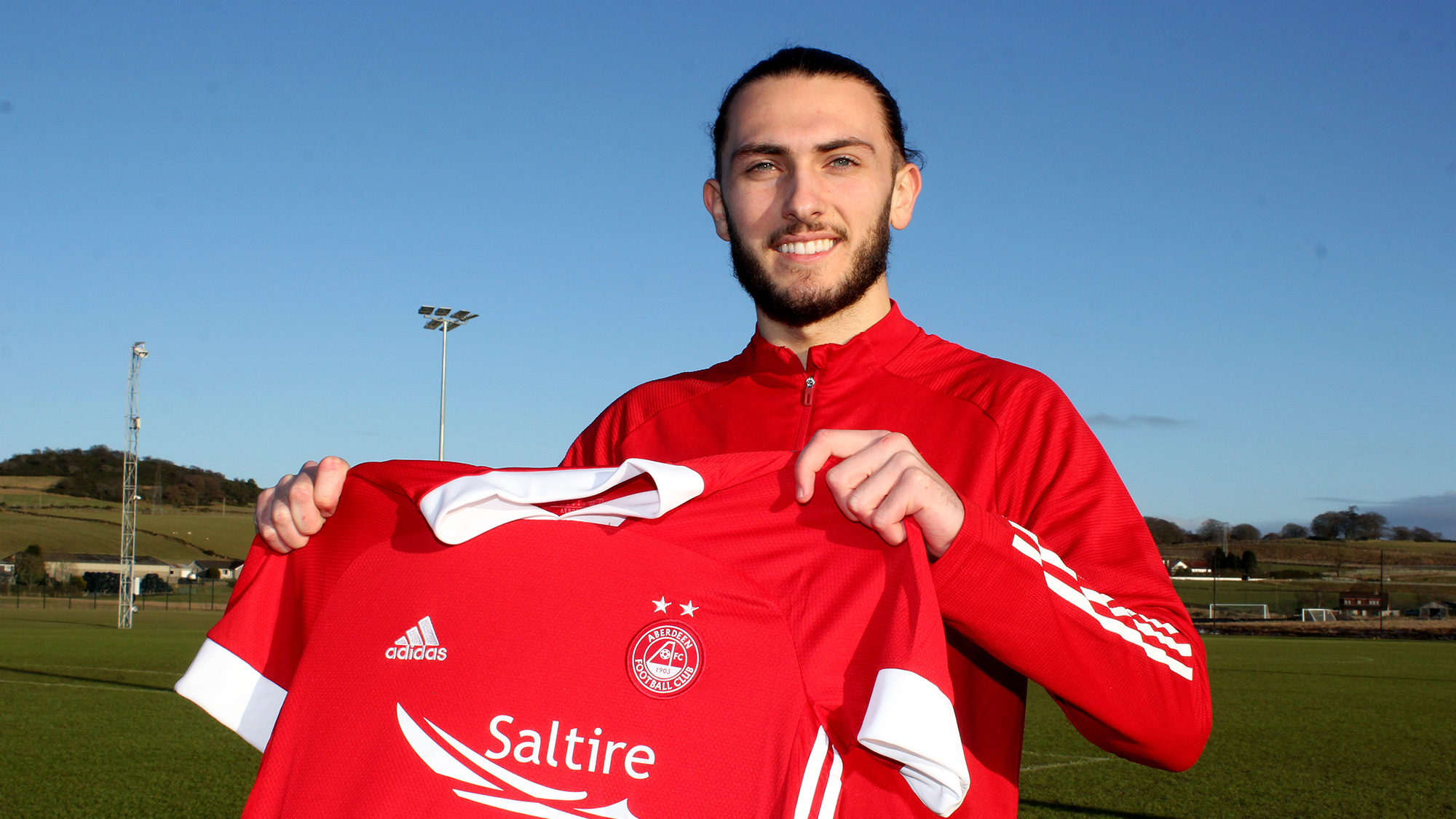 Aberdeen FC this evening confirms the loan signing of Scotland Under 21 International, Fraser Hornby, from French Ligue 1 side Stade de Reims, on a deal until the end of the 2020/21 season and pending international clearance.

The 21-year-old striker, who began his career at his hometown side Northampton Town before moving to Everton, has scored 10 times in 18 matches for the Scotland Under 21 side, and arrives at Pittodrie following the departure of Sam Cosgrove.

Manager Derek McInnes is delighted to have secured the talented forward for the remainder of this season.

“I’m very pleased to get Fraser in, a player we’ve monitored for a while. His Club had other options for him, but Fraser made it clear he was keen to come to Aberdeen which pleases us no end and hopefully he can help us finish the season strongly.

“He’ll give us the goal threat and forward play we know he is capable of and at the same time we can give him some much-needed game time.

“The fact he knows some of the players here from the Scotland Under 21 set-up certainly helps matters and I am sure he will fit in seamlessly. We’re all really looking forward to working with him.”

Fraser joined his new teammates at Cormack Park today and will go straight into the squad for the visit of Livingston tomorrow night.

RedTV will bring you an exclusive interview with Fraser this evening.