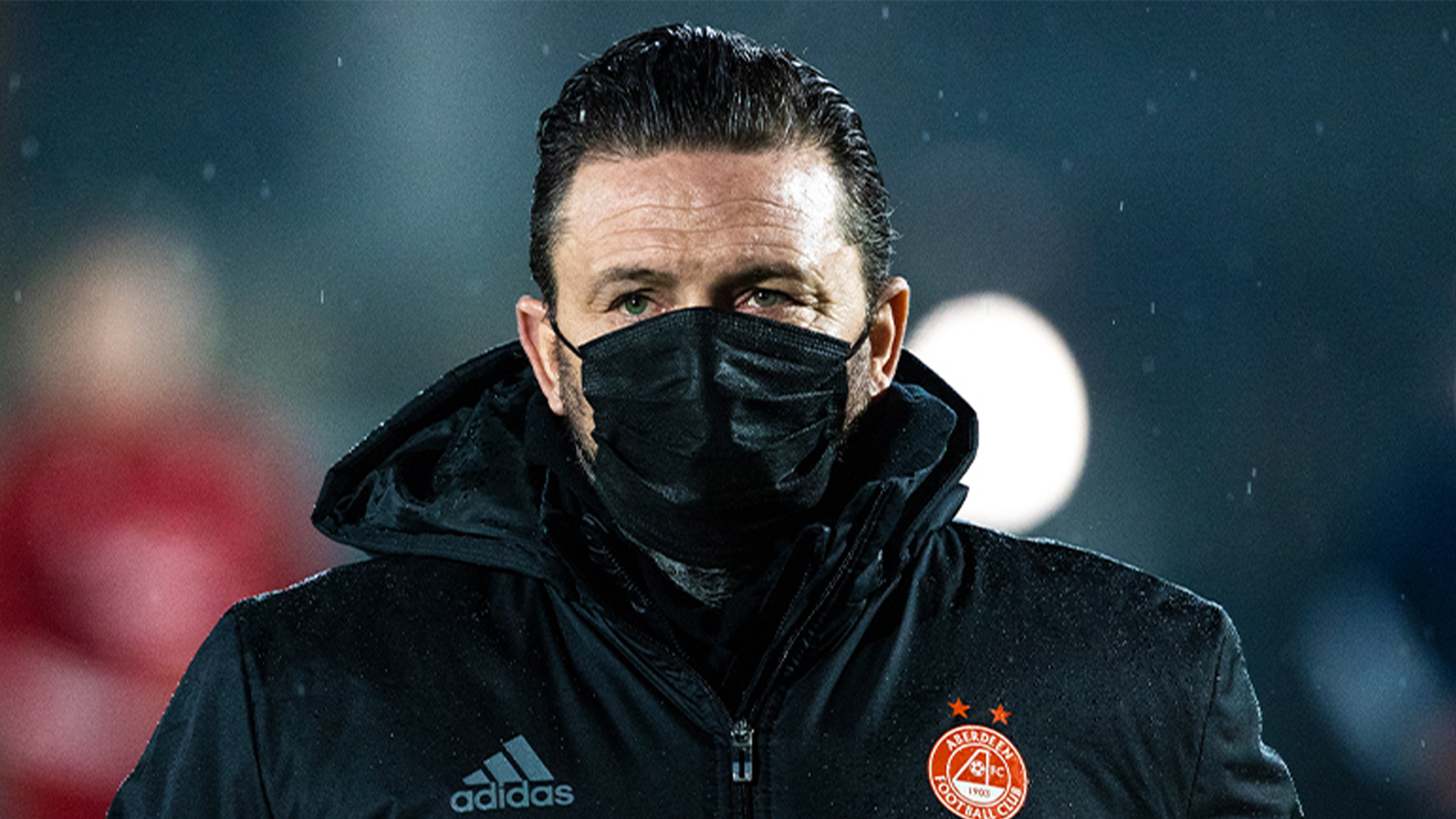 It was a frustrating night at the Tony Macaroni Arena as the game against Livingston was the victim of a late call off for the second time in a fortnight. Derek McInnes gave us his thoughts on the situation before heading back to Aberdeen.

“As we travelled down, there were no thoughts that the game was ever going to be in doubt, so the heavy rain has obviously caught everybody out. When my staff went out to set up the warm-up, they said they were concerned about the water on the pitch and that was when it started to become a factor.

“Having come and looked at it myself when I came out to do press before the game, I could understand the worries because it was looking dangerous. The amount of water on the pitch is unusual and it’s just one of those things.

“The referee has been good, he went around some of the senior players in both sides, boys he’s known for a long time, and got their thoughts on it and they expressed some concerns. I think the consensus among the players was the conditions were dangerous.

“Myself and David Martindale had a long chat with the referee and we all agreed the pitch was unsafe. We were debating whether we start and see how we go, should we delay and see if things improved. But the forecast is it is going to be pouring with rain all night and so the pitch isn’t going to get any better. It maybe doesn’t look so bad from the side but as you walk across it, you can see the puddles. The ground staff have been sweeping it off, but obviously they can’t do that once the game starts.

“It’s really frustrating that we’ve come all the way down here for the second time in a couple of weeks and not played, but there’s no blame attached to Livingston here. Even when we arrived at the stadium there was no thought of the game being off, but the conditions worsened very quickly and overtook us.

“It’s tough to fit the game in the calendar, but maybe the weekend that was going to be the Scottish Cup might be the one that works. Obviously the clubs will look at that in the days ahead and try to fix something up because there aren’t too many options now.”