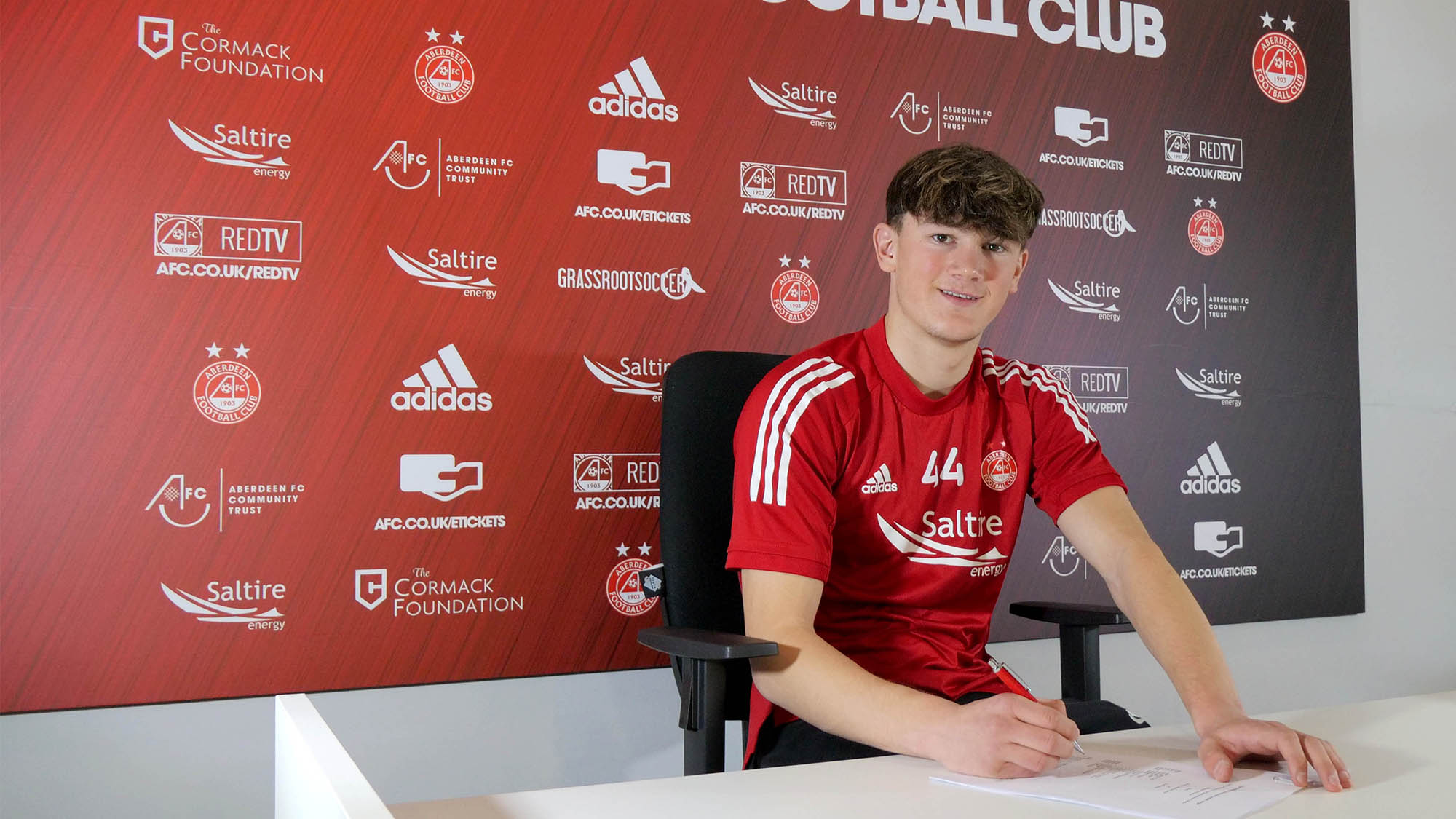 Aberdeen FC confirms it has secured the long-term future of Calvin Ramsay, one of the most promising young right backs in the country, after the AFC Youth Academy Graduate agreed a deal that will see him remain at the Club until 2024.

The 17-year-old has been a regular in the Scotland international set up and has appeared on the first team bench this season. In securing Calvin on a long-term deal, the Club is further investing in one of its key strategy’s to be the best developer of young talent.

Manager Derek McInnes believes there is much to come from Calvin.

“Calvin is a young player who has real potential. We see him as an attacking full back, or wing back and I’m delighted both he and his family think staying at Aberdeen is the right thing to do.

“Like everything else for talented youngsters, it is important that they use the security of the contract and they knuckle down and work hard. He must put everything into trying to fulfil that potential because he is a player who we think has got a really good chance of achieving his ambitions to be a first team player for this Club.”

Calvin was pleased to commit his future to the Club.

“I’m looking forward to a positive remainder of the season in 2021. Hopefully, this is the year I can make the breakthrough. I know I just need to keep working hard and making sure I listen to my coaches.”

A full interview with Calvin will be available on the AFC website shortly. 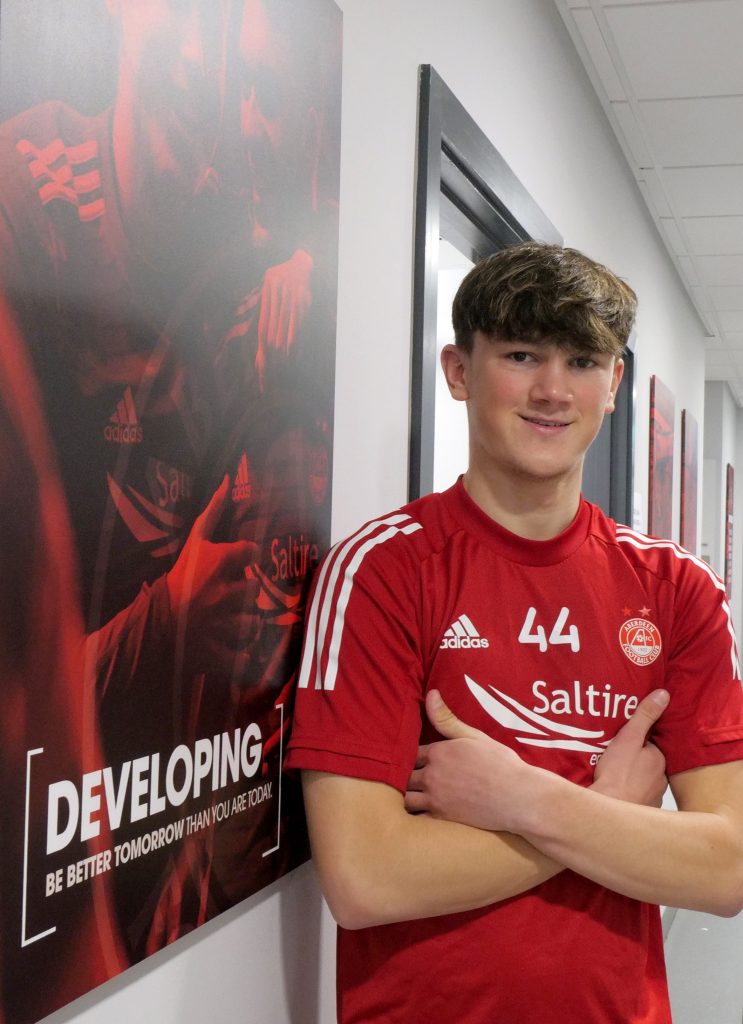