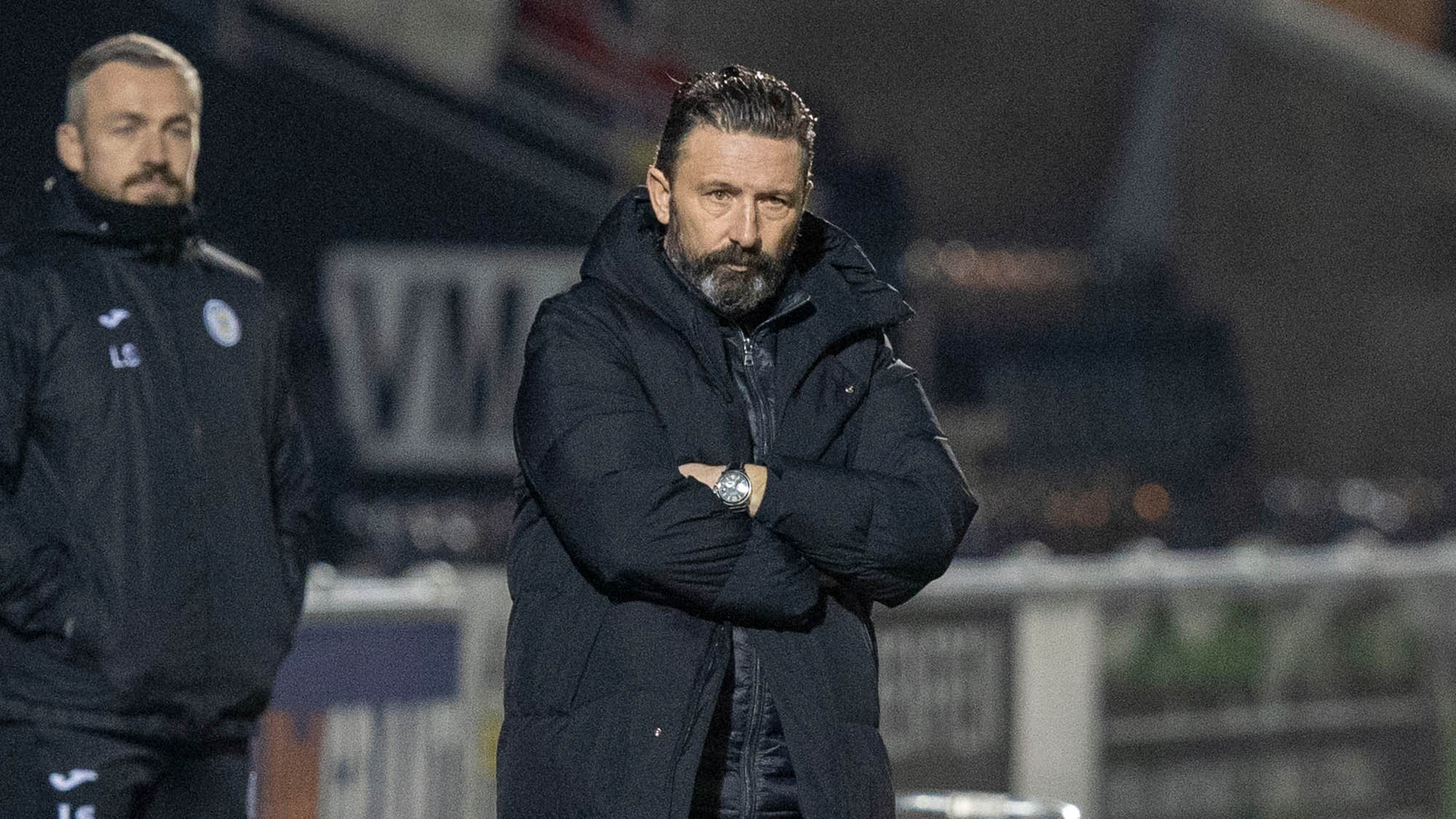 “We didn’t start the game right. We gave St Mirren the initiative early on with the free kick. We were dithering in the middle of the park, we were slow to react, we didn’t turn over the ball and from there we were playing catch up which resulted in a challenge outside our box and them scoring from the free-kick.

“That passage of play epitomised our play, that uncertainty in the middle of the park, just a bit unsure instead of being more aggressive, getting onto the ball quicker, playing forward and we didn’t start anything in the first half.

“Even though we got the equaliser, let’s not kid ourselves we were second best in the first half. Sometimes you think you might not need to make the changes because you get the goal, but I felt we needed to make the changes at half time. We changed our shape, the shape should have been better than it was, that shape has been good for us.

“I thought that we had a couple of penalty shouts in the second half, I haven’t seen them back. You sometimes need a break in cup games. Unfortunately for us a mistake has put us out of the cup.

“There are boys there who haven’t been first choice this season and some have done better than others. There were players playing today who were a wee bit of a risk; Jonny and Niall haven’t trained a lot. Ash pulled up yesterday with his calf and Shay was suspended. Ross and Lewis are missing from the middle of the park, you don’t lose many battles in there when they are about. McLennan, Wright, Watkins and McGeough are all unavailable so a lot of what has been our identity this season has not been there for us.

“We tried to navigate this week. It is a tough week with three away games in six days, but it was a cup tie, and I thought any fatigue issues would have come later in the game. I can’t stand here and say it is a reason.

“We had key players missing today but we still had a good enough team to start the game better and be far more competitive. We will be better, but I am disappointed that we didn’t start the game with the aggression that was required. It is a cup tie, and we should have treated it far better.

“Joe came in and apologised. It is a lonely place being a goalkeeper. Anyone who has watched us consistently over the years since Joe has signed, he has saved us more than he has cost us. It is uncharacteristic and it has cost us today, but I am not hanging him out to dry to blame for us losing the game.

“There were no injuries at half time. The changes were just to change the dynamic of the game. We were restricted with what we could do but I felt we needed to get a hold of the ball more. Curtis is maybe better than Sam doing at doing that, and we wanted Jonny to stretch them and we wanted ball carriers on the side.

“We have been playing with a shape this season that has worked for us, but it wasn’t working today. I thought at least there were no grey areas in the second half, it was their man against our man, and I thought we were better. It doesn’t excuse the first half performance.

“We will get a couple of players back this week and we will knuckle down for league business. This was always a tough draw, even for us at our best, it is always a tough game coming here but we were far from our best and we have been dumped out the cup.

“We need to focus back to league business and going on an unbeaten run which we are more than capable of doing.”