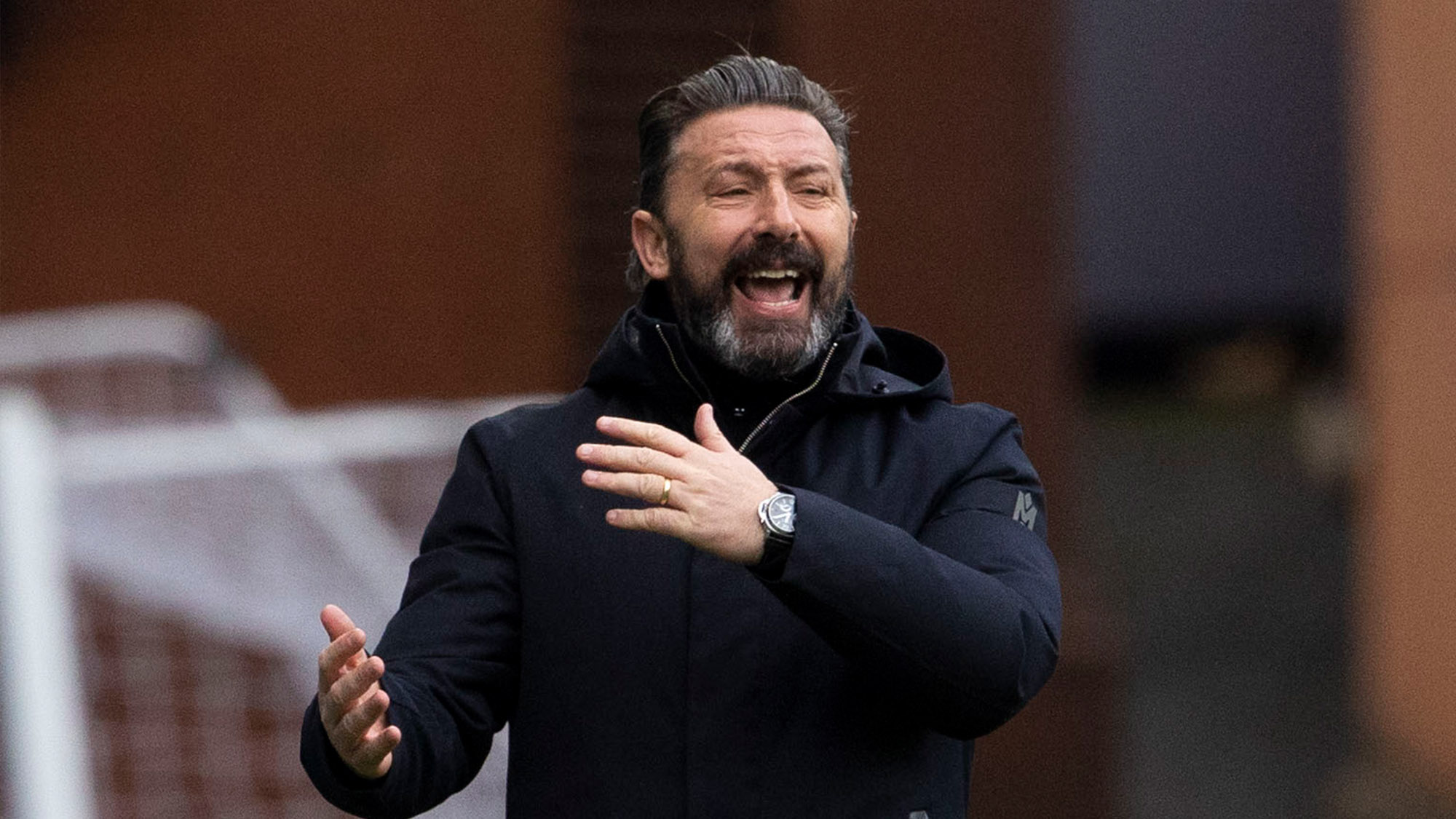 Following defeat at Ibrox, Derek McInnes reflected on the difficulties that injuries and withdrawals through Covid-19 protocols had created for the Donsas they took on the league leaders.

“We went into the game with a lot of key players missing for various reasons and that meant we were lacking the pace that has been synonymous with the team this year. It was the team we felt that we had to pick rather than the one we wanted to pick and that’s no reflection on the boys who played. These things are sent to try us!

“We tried to get a shape about us that gave us an opportunity to come here and not just defend but to have an out ball and try to make them think. I thought that we settled fine. Obviously Rangers dominated possession, they’re playing well and with confidence at the minute, but we were settling into the game.

“Then the first goal was a hell of a deflection that gave Joe no chance, the second goal was one where we should have done better and that was disappointing, because it came as we were having our best spell. We’d worked McGregor two or three times and were threatening, but the second goal really knocked us back.

“At half-time we were talking about trying to get the next goal but six minutes later the game’s over with another horrible deflection and a soft penalty decision. If that was a penalty then there should be a lot more penalties given in every game.

“By and large, we didn’t really get any breaks go our way, before the game or during it. The players worked extremely hard and I thought box to box, there was plenty of effort from boys who haven’t had a lot of football this season.

“No complaints about the result, we were well beaten but the good thing is that despite the obvious challenges we’ve got, there’s another game coming up on Wednesday to get this one out of our system because it’s important we go and try to get the next three points as quick as possible.” 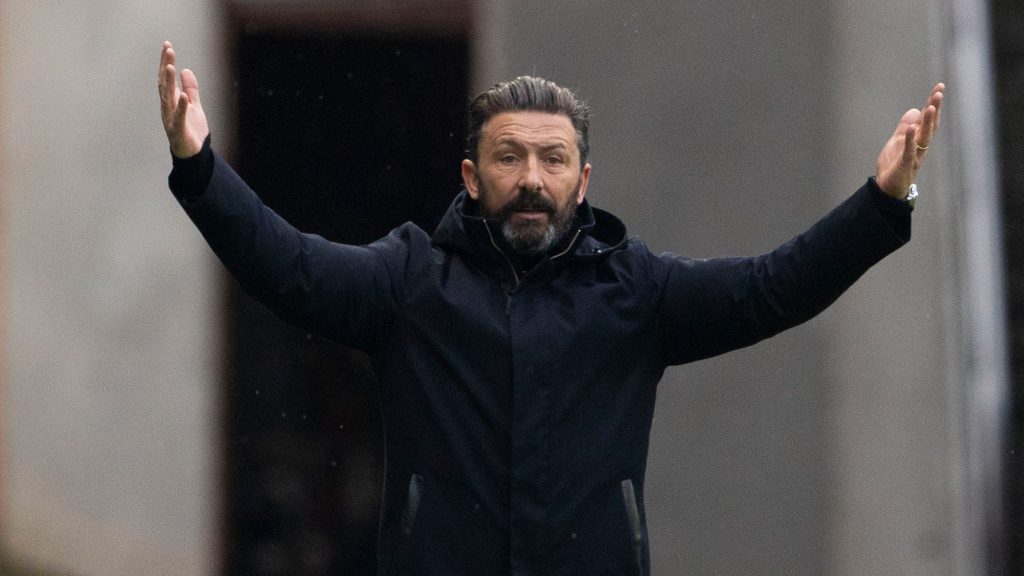 Reflecting on the issues that took Lewis Ferguson and Connor McLennan out of the game, the manager was clearly frustrated.

“We only heard on Friday that Connor and Lewis were going to get dragged into the Covid situation. We’d had them tested before they came back to us, they tested negative, they weren’t due to come in until Saturday anyway because we wanted them to be fresh after all the travelling. They were adamant they hadn’t been exposed to anyone who was positive, so we felt pretty confident from their point of view.

“I hear people saying it’s just unfortunate but it’s more than that, players are getting dragged into the situation by association with a positive test which is what everybody tries to avoid. At Aberdeen, we travel in two buses, we socially distance our players and all of that, it’s very well drilled, we’ve done everything we can to have players available.

“When one positive test takes out three players, it isn’t good enough. It’s Aberdeen’s problem at the minute but I know there’s a lot of managers unhappy with the attitude that comes down of, “Just deal with it”.

“We know when boys go away to play internationals that they can get injured, just as Niall McGinn has. That’s the trade off, that’s football, you accept that. But to have players ruled out by association when it shouldn’t be the case, that’s really disappointing.

“The Scotland senior team had three away games, no issues, so it’s disappointing that this problem should happen with the 21s. I feel the SFA needs to take more responsibility here, like they do with random drug testing, having a compliance department that goes around randomly testing at each club. There are too many issues and for us to tighten things up properly, that has to be the case.” 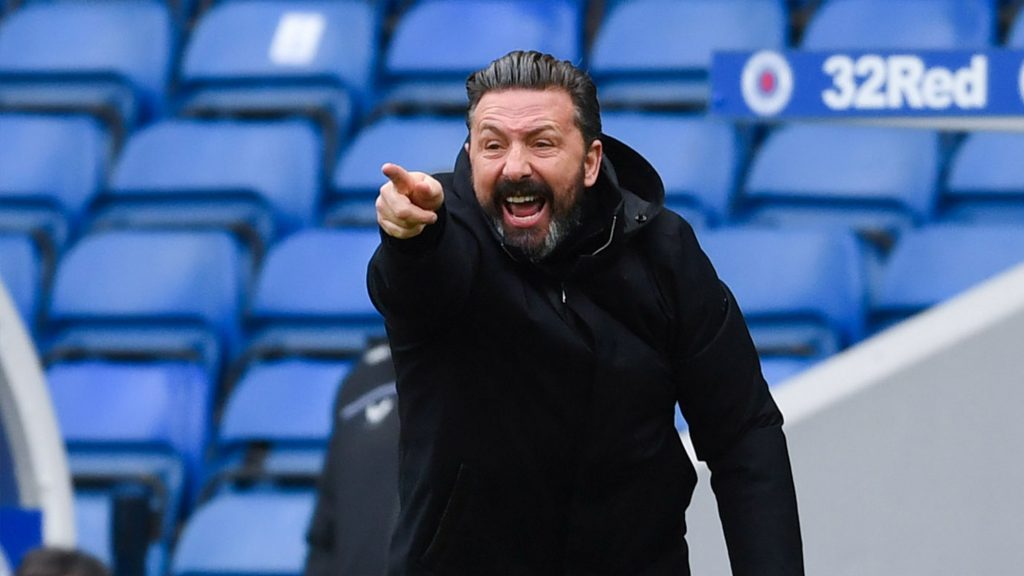