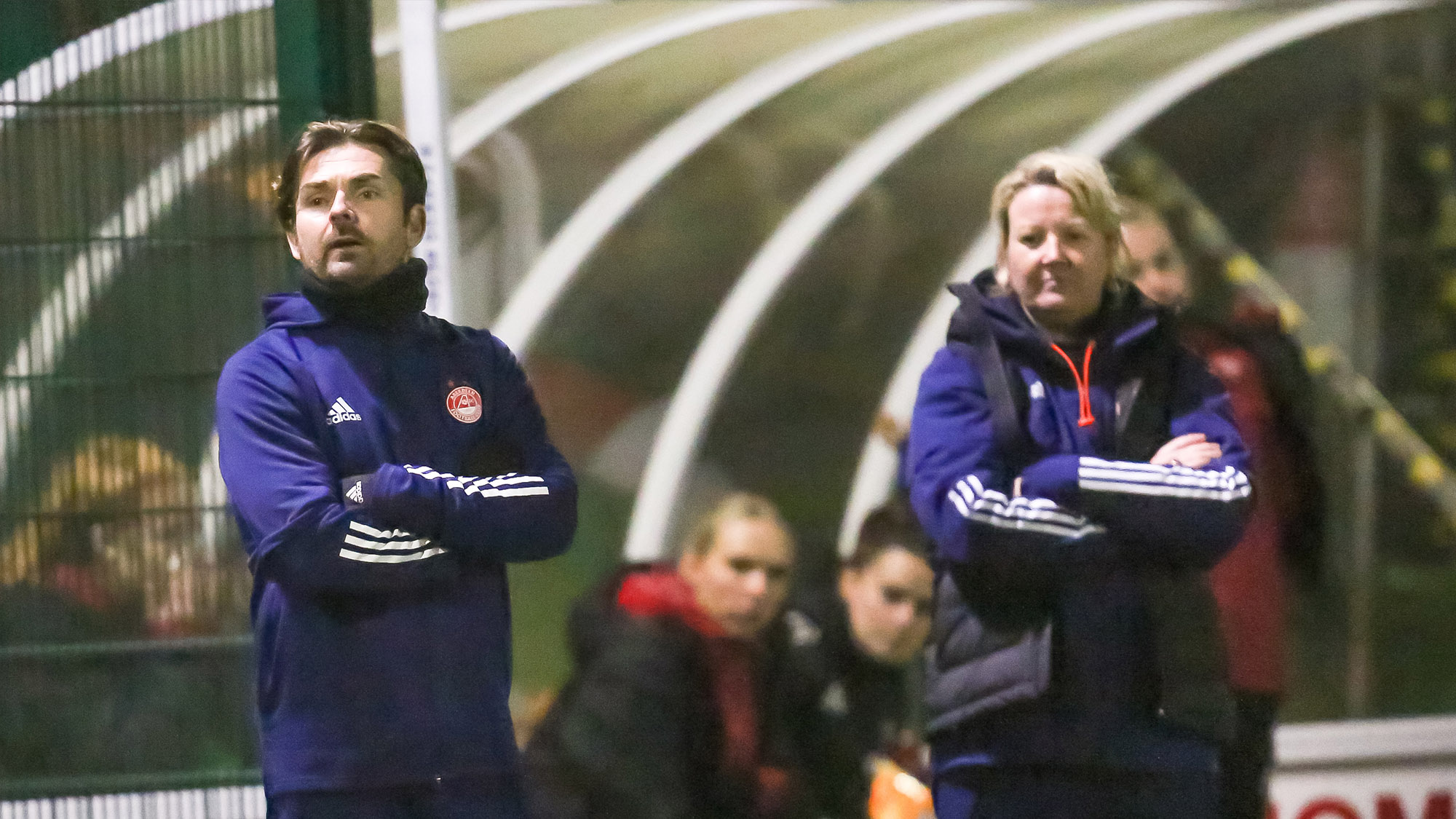 AFC Women continue their Scottish Women’s Premier League 2 campaign on Sunday when they try and win a seventh straight game, again travelling down to the central belt to this time play fourth placed Partick Thistle, who are coached by former Dons captain Richard Foster.

Co-Managers Emma Hunter and Stuart Bathgate this week have been speaking to RedTV. Stuart knows that despite building up a useful six-point gap in the League 2 table, there is still a long way to go.

“It has been a fantastic start for the girls but we have to temper it a little bit.

“It is only a start.

“We are not even through the first round of games yet. We could not have asked for a better start with the goals and the way we have been winning matches, not giving up in games and scoring late goals. It is fantastic and a lot of that is down to the girls work ethic. During lockdown and also since we have been back on the pitch, they have all worked so hard and the girls are getting the rewards with the results.

“There have been a few games this season when we have won well. It is easy to get complacent when your team is scoring a lot of goals and winning games by big margins, but some of those games have been a lot closer that the score lines suggest.

“And then we have also won some real tight games.

“We know we have to go down to the Glasgow area three weeks in a row, we knew it was going to be a tough schedule, especially last week when we also had three games to play with the home match against St Johnstone, but to dig results out, when not playing particularly well is a massive boost for Emma and I, it is great to see that determination.

“We have got a really good mix within the squad in terms of youth and experience. It is fantastic to have that mix. The younger ones are being brought along by the experienced players because of the experience they have within the women’s game and it is helping them develop all the time. It gives us a great base to work from.” 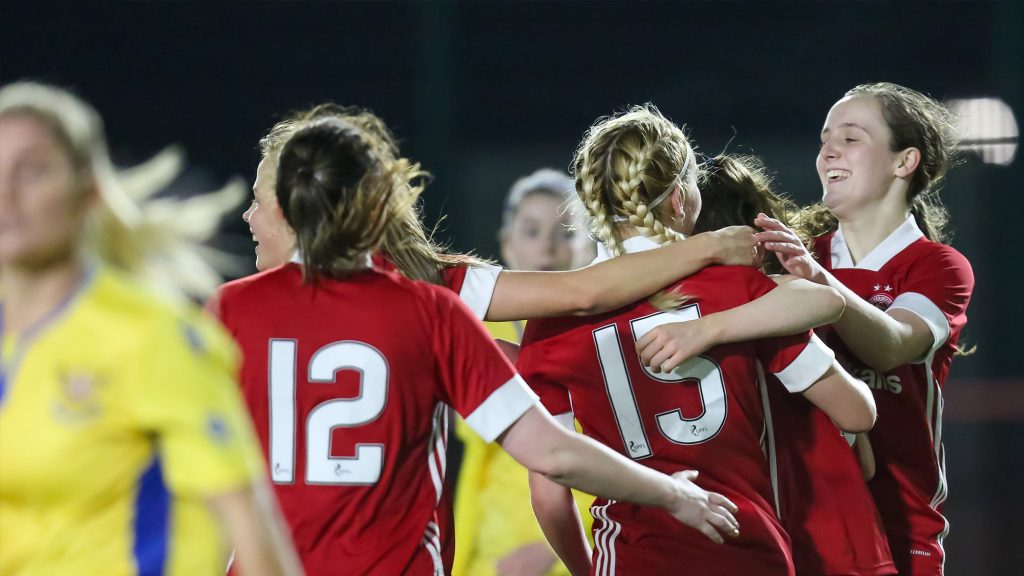 Emma also knows that there is still a lot of hard work ahead during the winter months.

“I had mixed emotions after the game on Sunday. There was a bit of relief as I felt as though we had not played the type of football that we normally play – granted that could been down to the busy schedule and all the travelling – but I felt as though we were not as dynamic as we usually are and we struggled at times. So I was probably not celebrating as much as I should have done when Bayley scored. As I say it was more relief.

“But to score a 93rd minute winner, after such a long week, it was great to see that we were still plugging away and looking for the win, a victory that was so important to us.

“As a coach you are always quite critical and you always want better. We set the standards very high here, that is not just the coaches but the players as well. So every game is about the performance as well as the victory so we know that we still have a lot to work to do as in a lot of the games we feel that we could have done better but that is the team that we are. We want to keep getting better and better.

“It is a great start but it is a very long season, with about 30 games. This is only the start and it is about maintaining that consistency every week.

“Partick Thistle away on Sunday will be another very tough game.

“We have spoken about this as a team. The need to do well away from home.

“We feel comfortable at home, we know Cormack Park very well as we train here, so we know these away games are going to be crucial. Sunday is going to be another very important game against a good Thistle side.

“Already we have had to use the full squad as we have picked up a few injuries but that is football. Every squad that plays at this level has the same problems so we knew that we would need a big squad and it is good to know that we have the strength in depth as well – players have already stepped in and done a great job.

“We are keen to get everyone back and fit as soon as possible so we have a full squad to select from.

“We just have to focus on the next game and work really hard to try and get the three points so we can put pressure on the rest of the sides.”