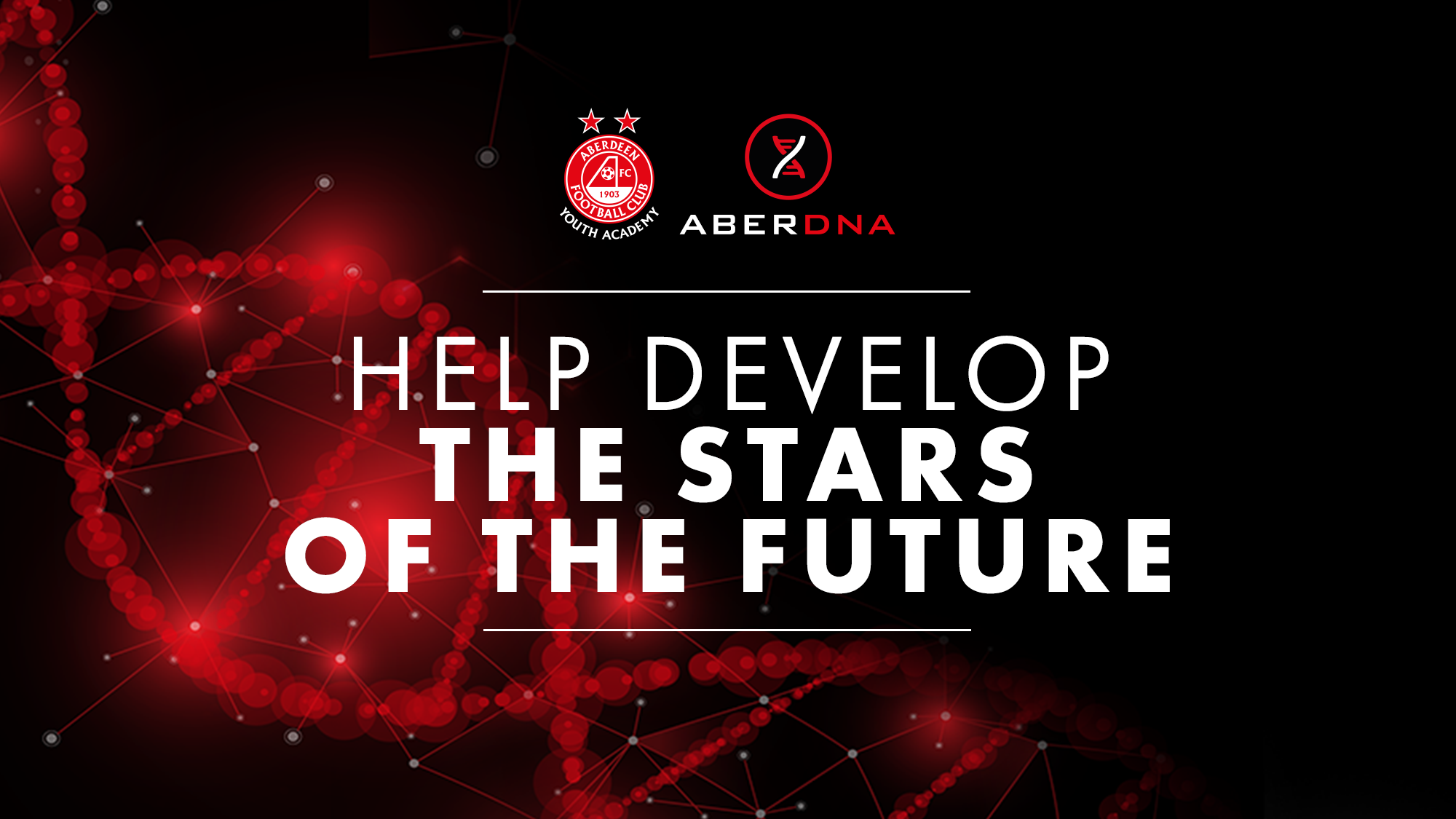 In the summer window we unveiled our updated playing philosophy and refreshed football strategy ahead of the new campaign. At the core of the strategy (which can be viewed here) was the aim of inspiring fans with an exciting brand of football that has its roots in developing homegrown talent.

In the months that have followed the club has invested further in acquiring homegrown talent by agreeing a loan-to-buy deal for Ross McCrorie and has also received a club record fee for Youth Academy graduate and Scotland international Scott McKenna.

Away from the pitch Dons supporters have continued to show tremendous backing for the club in many ways, not least through AberDNA where a record number of members was reached just last month with 6,400+ fans contributing directly to the Football Operation each month.

That number has increased by almost 1,000 since March adding almost £150,000 to help fund all aspects of the Football Operation, including our highly productive Youth Academy.

A few months on from sharing our football philosophy & strategy, our Director of Football Operations, Steven Gunn, can highlight aspects of the long-term vision in action, “We’re pleased at the latest update of the UEFA Club Co-efficient rankings which has placed us at 144th, working towards our goal of UEFA Top 100. There’s still plenty of work to do and one of the key strands is to continue to build the value in the squad and one of our best opportunities to achieve that is through our commitment to developing young players and taking them on to the next level.

“We’ve seen how that strategy can be successful for us with a player like Andrew Considine who is approaching number 5 on the all-time appearance list for the club as a Youth Academy graduate and recently achieving richly deserved international recognition for Scotland as a reward for his consistency of performance with Aberdeen.

“He is a great example of a player developing through the Academy and making a sustained and positive contribution to the first team in helping the Club achieve it’s football goals. Additionally, some players’ contribution will be shorter in time but bringing a different type of value to the club. Scott McKenna’s journey also started with the Youth Academy, and following his introduction to the first team, he made over 100 appearances and was transferred for a club record fee.

“We aspire to do that more regularly, reinvesting back into the team and the Football Operation, and giving ourselves a greater chance of building sustained success. We want to be the best developer of young talent, that is the challenge we set ourselves and is a vital part of our overall football strategy. It is something that we continue to work tirelessly towards and that fans can help to support by signing up to AberDNA.

“That could be by helping us to develop local talent through the Academy or supporting us to go further afield to acquire players at an early stage in their career with plenty of potential to fulfil here at Aberdeen.” 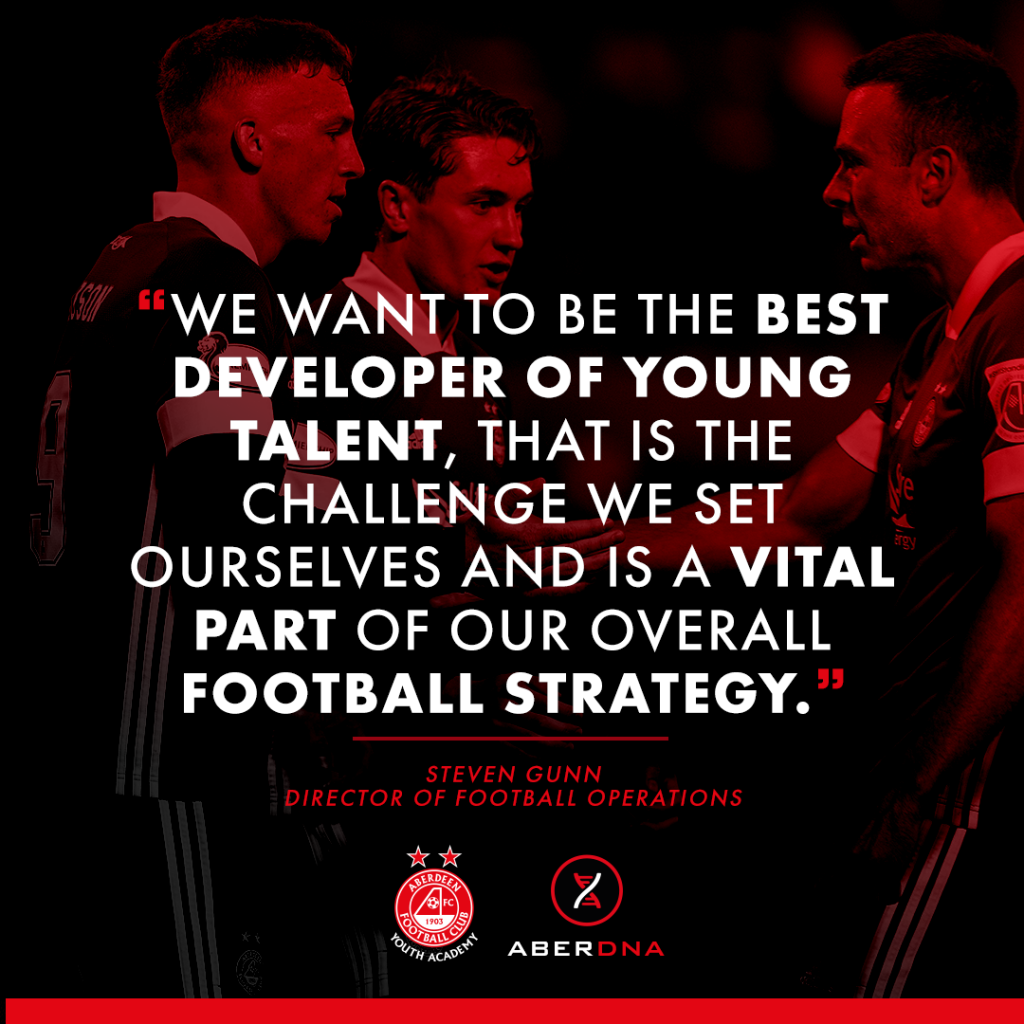 A major part of developing young players is through the Youth Academy, headed up by Neil Simpson. With almost 150 players on the books of the club over 9 age groups, the youth set-up at Cormack Park provides opportunities for local youngsters to pursue first team football, with many looking to emulate Youth Academy Head, Neil Simpson by going on to play for their boyhood club.

Since re-joining the club in 2001 Neil Simpson has overseen the development of hundreds of young players, not least several members of the Scotland squad who have secured qualification for EURO 2020, including the aforementioned Considine and McKenna along with the likes of Scott Wright who are playing their part in Derek McInnes’ squad right now.

When asked about the role of the Academy as part of the overall football strategy and philosophy Neil commented, “Our job in the Academy is to develop players for the first team and then make sure that when a player like Scott McKenna leaves, the club has the succession plan in place. That process runs over many years where we are looking to provide players with the tools they need to go on and play professional football.

“When you see guys like Scott Wright going in and grasping the opportunity, playing with confidence and really having an impact on matches it is really rewarding for us as coaches but more importantly it serves to inspire the next generation, from the players who are getting a taste of working with Derek and the first team, right down to the youngest age groups we have.

“We are really grateful to the fans who have supported the club, and particularly the Academy, through AberDNA over the past few years. It has helped us achieve some of our goals but we still go into Cormack Park every day knowing that there is more we can do to develop young talent and greater support for the membership will only help make that easier.” 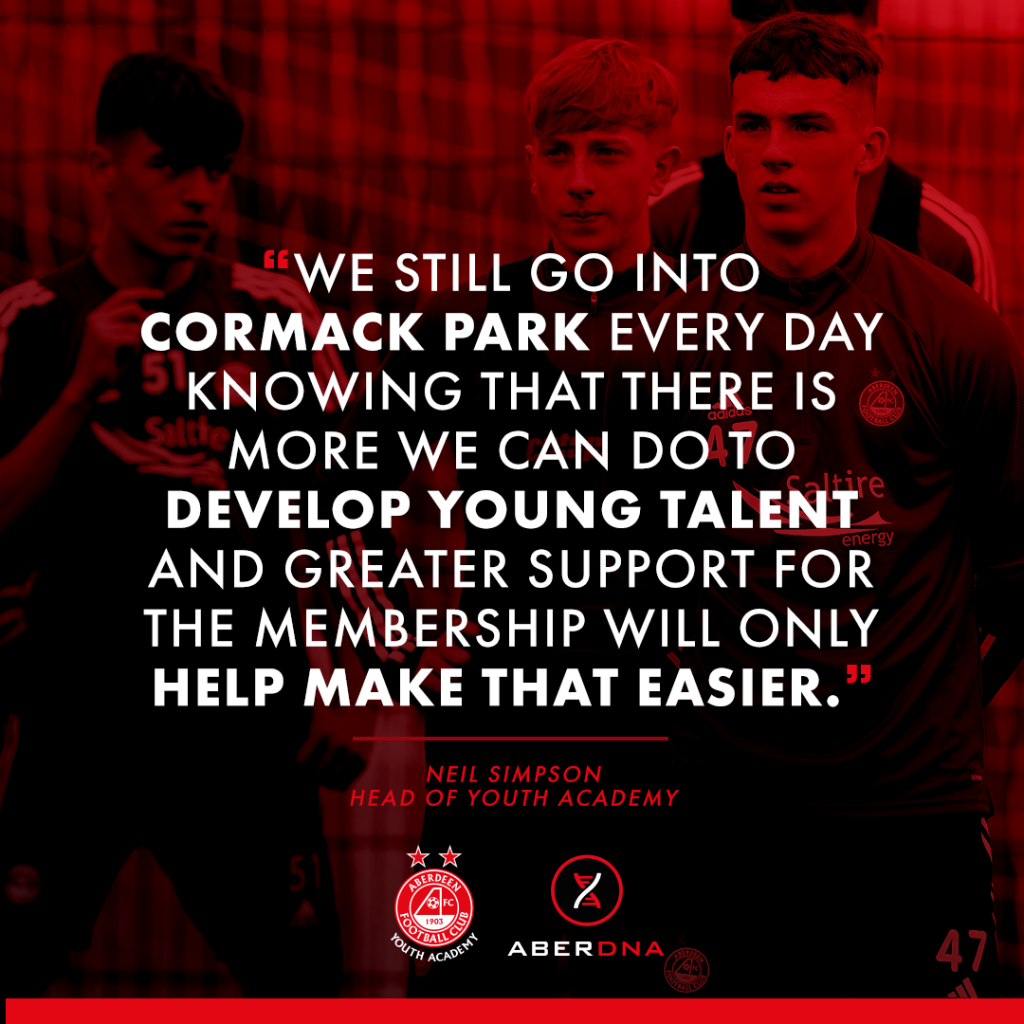 Since its launch in early 2018 AberDNA has contributed £1million+ annually to the Football Operation. With your support we can do more, why can’t we become the best developer of young talent in Scotland as we look to bring sustained success to Pittodrie?