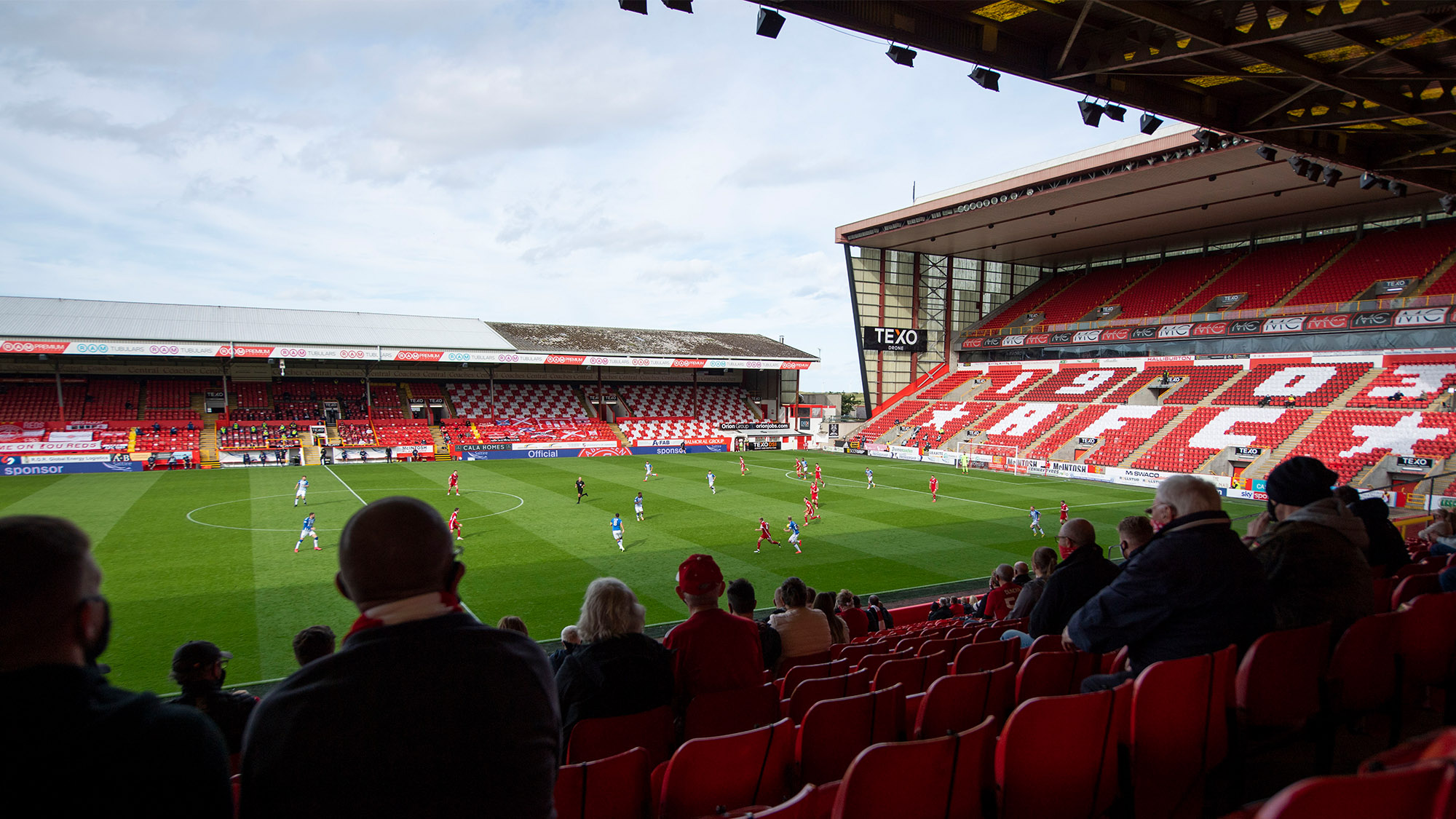 Aberdeen Football Club’s fans are ready to get back to Pittodrie and confident in the measures put in place to ensure their safety and well-being, according to a recent survey.

The Club surveyed fans to find out their opinions on returning to games, how they feel about not being able to attend games and how they would travel to Pittodrie should they be able to return.

An over-whelming number (95%) of fans are excited to return to matches at the stadium with 92% ready to return.

93% are reassured by the measures the Club has in place to protect them such as temperature checks, social distancing and wearing facemasks, with the same percentage saying that these measures would not put them off attending games.

In preparation of securing more test events, the Club asked fans how they would travel to and from Pittodrie. Over 74% said they would come by car, with 16% walking and just under 10% planning to use public transport.

The survey also asked fans how they are feeling about not being able to attend games at Pittodrie with the majority expressing their frustration, disappointment and sadness.

The Club carried out the research to support its case for more test events with larger crowds. 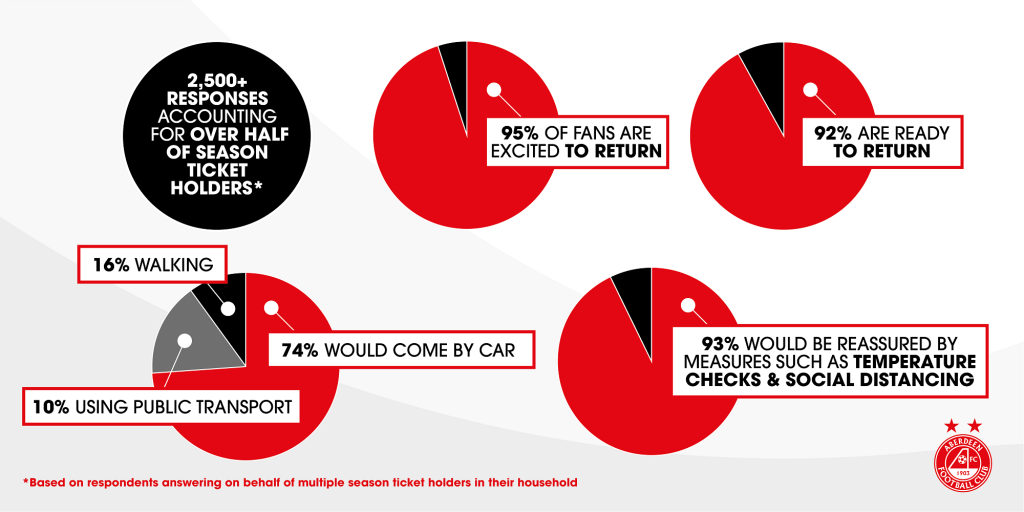 Rob Wicks, AFC’s commercial director, said: “As anticipated, the over-whelming majority of our fans are desperate get back to Pittodrie. Crucially, they are confident in our measures to protect them while in the stadium. This supports our view that there are significantly fewer risks in our highly-regulated, outdoor environment.

“In gearing up for test games with increasing numbers, albeit only around 10% of our capacity, we also asked our fans how they would travel to the stadium. Understandably, given the pandemic, a much higher number than usual would use their own cars, with less than 10% opting to use public transport.

“It’s clear from the responses that many of our fans are acutely feeling the vacuum caused by being unable to attend games at Pittodrie. With Aberdeen still in level 2, where fans are not permitted into grounds, we are urging the authorities to take account of what our fans are saying and allow us to be able to accommodate them, sooner rather than later.”

The Club also asked fans if they would be able to use a smartphone to gain entry to the stadium if mobile ticketing were an option. 91% have the capability to use this technology should it be required.

With limited capacity, to allow for social distancing, AFC also asked fans whether they would still attend matches where their friends and family were unable to attend. 77% answered that they would attend regardless.

Over 2,500 fans completed the recent survey, representing around half of the Club’s season ticket base (based on numbers of season ticket holders per household responding).

Of those, 86% were in Aberdeen City and Aberdeenshire postcodes with the remainder from the rest of Scotland. Half of the respondents were aged over 51 and over, 25% were in the 41-50 year old age group, 15% were aged between 31 and 40 with the remaining 10% between 18 and 30 years old.