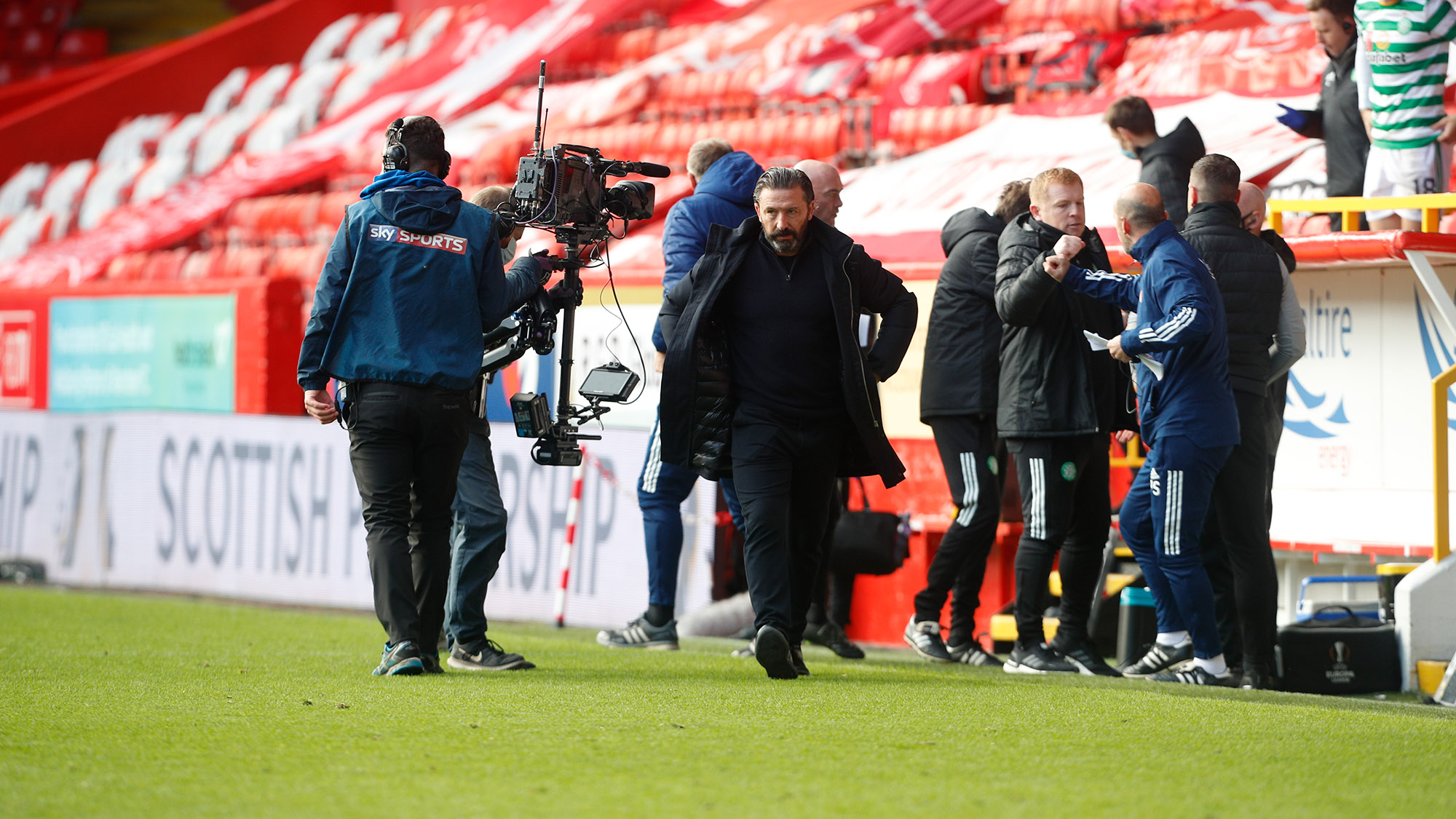 Aberdeen boss Derek McInnes was left with mixed emotions after a pulsating game against Celtic at Pittodrie ended with the two teams sharing the points and six goals.

“After going behind, we didn’t have much time to come back but if we hadn’t got something from the game it would have been an absolute travesty. We were so good with so much of our football in the second half. We’ve lost late on to Celtic in the past and people say hard luck and applaud your efforts and all that kind of nonsense, and I really couldn’t be doing with that today. We needed to get something from it, we did and it was no more than we deserved.

“First half we kept them at arm’s length but didn’t carry the attacking threat I was looking for. We were wasteful with our passing and didn’t really take part in the game, but we found ourselves 1-0 up with Ferguson getting in behind and then taking the penalty well. I must say that I think the referee has got all three penalty kicks right, there can’t be any complaints over any of those. 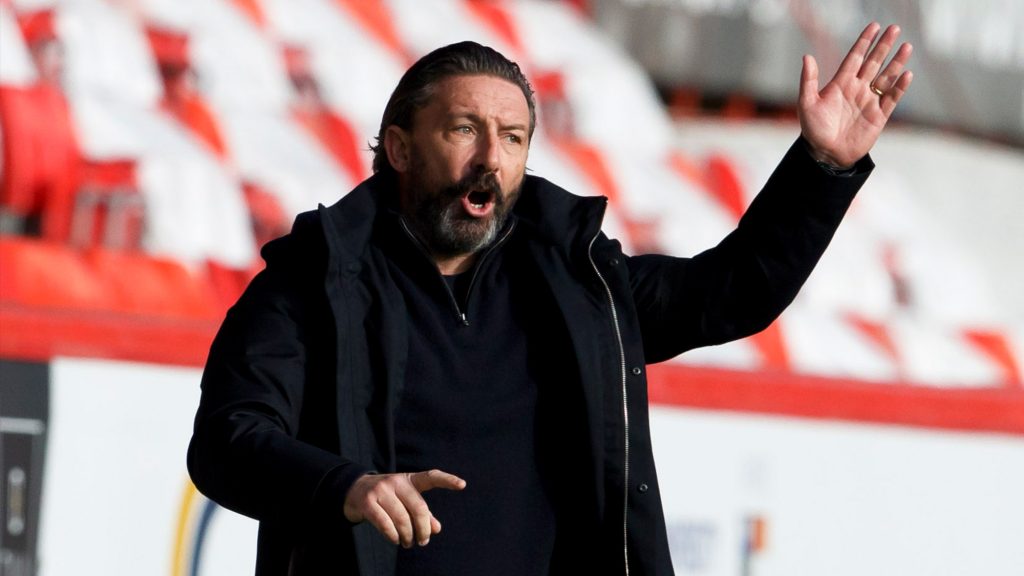 “The changes helped us in the second half. Sam Cosgrove did well after so long out, I thought Scott Wright was terrific and caused a lot of trouble for them. The four behind Cosgrove of Hayes, Hedges, Wright and McLennan were excellent in that latter phase of the game but we were driven on by Ferguson. I thought he was fantastic in every aspect. For a boy so young, he makes a real difference. When the game was subdued, he made the run beyond and won the penalty, then scored it, then there’s a lot of pressure on that last penalty but he tucks it away, no bother.

“I was disappointed with their second and third goals. The first one was well worked from them, it’s difficult to stop everything they do and for the most part we defended well. The second goal, there’s a foul on Cosgrove on the halfway line but we still have to do our jobs from there, we can’t blame that goal purely on the decision because there are still nine bodies in a good shape behind the ball. We should do better.

“The third goal, we’ve been victims of that type of goal before when we’ve been caught up the pitch. We should be more streetwise to break up the play, we need to be better in that kind of cross defending when we’re out of our shape, then Tommie should have bene clearing with his left foot. As I say, no arguing over the decision.” 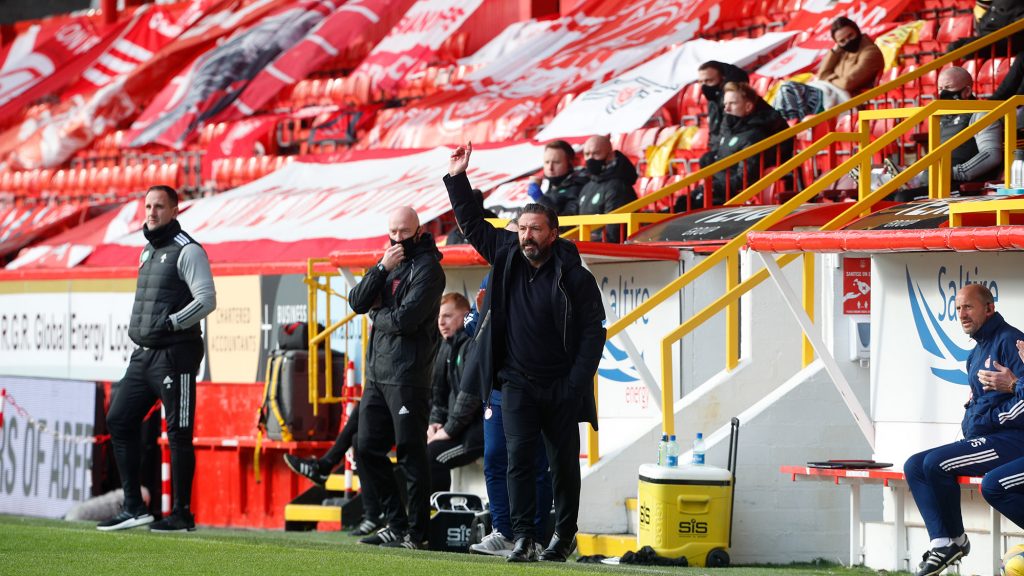 The Dons shuffled the pieces ahead of the game, Ryan Hedges moving further inside to produce a hugely influential performance for the side.

“We knew Celtic would have a lot of the ball and I didn’t want Ryan to be pushed too near our goal by their full-backs, I wanted him to be nearer their goal. So playing him more centrally helped us do that. He’s a goal threat, he’s a good counter-attacking player and a good ball carrier, but I wanted him to do it centrally, running off Ntcham. Even in the first half he was doing that, but especially in the second half when Cosgrove came on and held the ball up. Playing him and Scott really close to big Sam caused them trouble later on, we looked very dangerous at times.”

Attention now turns to next Sunday’s game at Hampden, with the manager insisting that both sides start again with a clean slate after this six goal thriller.

“I don’t think today has much bearing on next week, it’s another game, another stadium, another competition, but I felt a positive performance from us wouldn’t do us any harm and we got that. We missed an opportunity to win today, but equally, when you come back and score a late goal to get something from it, it’s a far better feeling than losing one late on. There was enough in our performance to be encouraged by.

“In terms of numbers, we should have a few more options next week among the players and substitutes have proved really important this season, so that strengthens us again. Ryan Edmondson took a nasty fall this afternoon, Marley Watkins was feeling his hamstring so we took him off early, but of the three of them, McGeouch is the one more likely to be struggling for next weekend, he’s overstretched his groin.

“Hopefully we’ll have a few more back though. Sam needed those minutes, that’s done him a power of good. Then we’ve got Matty Kennedy and Greg Leigh who were on the bench today, Mikey Devlin and Curtis Main will get another week in training, so that’s looking better.” 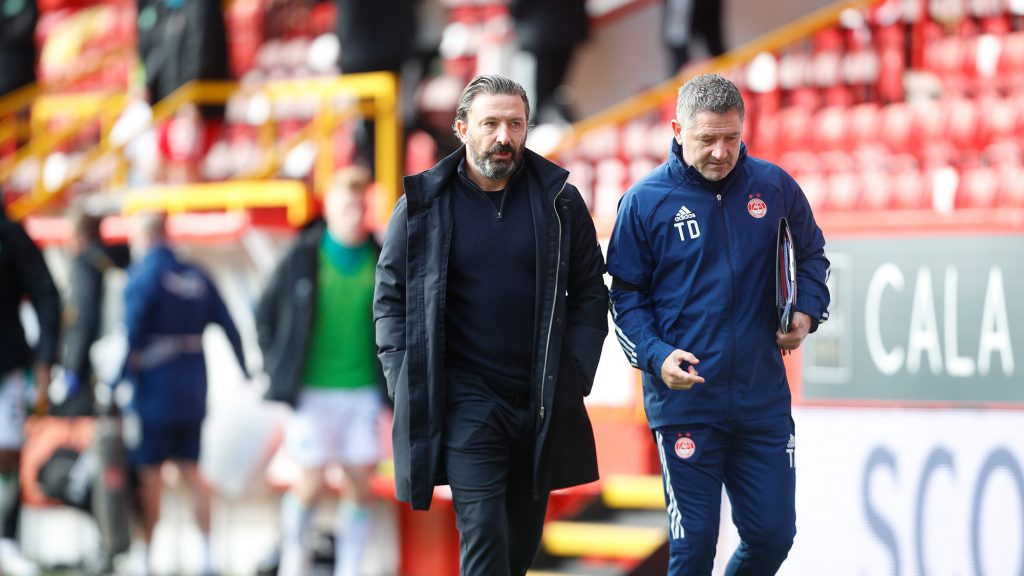