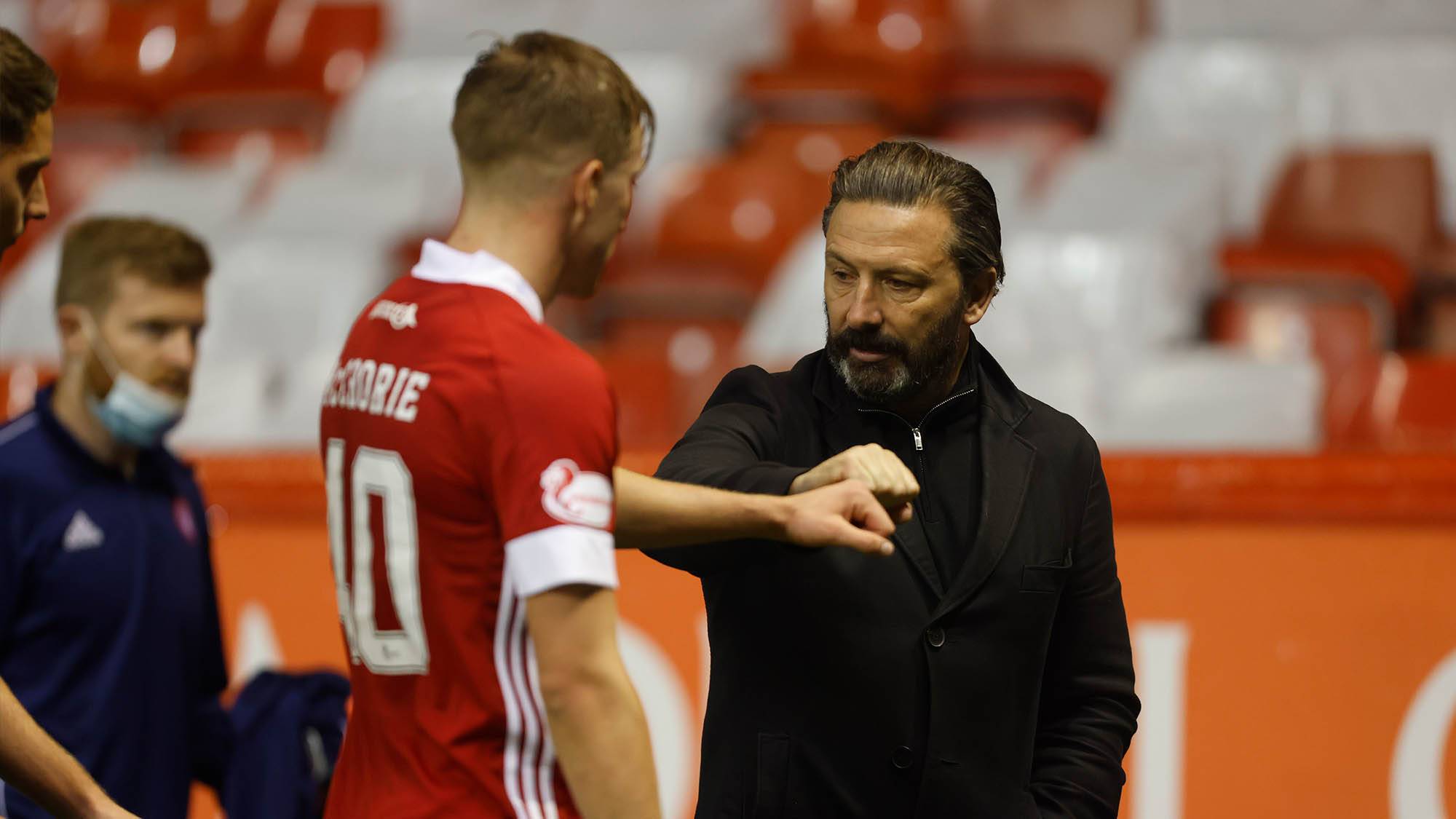 Aberdeen boss Derek McInnes was delighted with his side’s quickfire opening to tonight’s game that saw the blast four goals past Hamilton and ease into third place in the league table, a welcome return to goalscoring form after drawing a blank at Dundee United on Saturday.

“We had a very good first half. We controlled the game, very much as we had at Tannadice on Saturday, but tonight, we were asking for a lot more shots on goal, to put more balls in the box, get more bodies in the box and to exert more pressure. We got all of that from the players.

“I was delighted that the first goal came from a set piece because we need more of those kinds of goals. The ball in from Ryan Hedges was on point, that lovely, flat delivery makes it easier to go and attack and Tommie did that to get us on our way.

“Lewis’ goal, I was right behind him as he hit it. He hit the sweet spot and it just flew in. It’s only October but we’ll do well to see a better strike than that this season.

“Ryan Edmondson, for somebody so young, he led the line so well, and we enjoyed the benefits of having a traditional number nine up there, and we’ve lacked that in some games this season. We picked him tonight because we felt we’d get crosses into the box and thankfully he got his reward. He was unlucky not to get a hat-trick on his first ever start and I’m sure he would have done if he hadn’t had to come off after rolling his ankle. 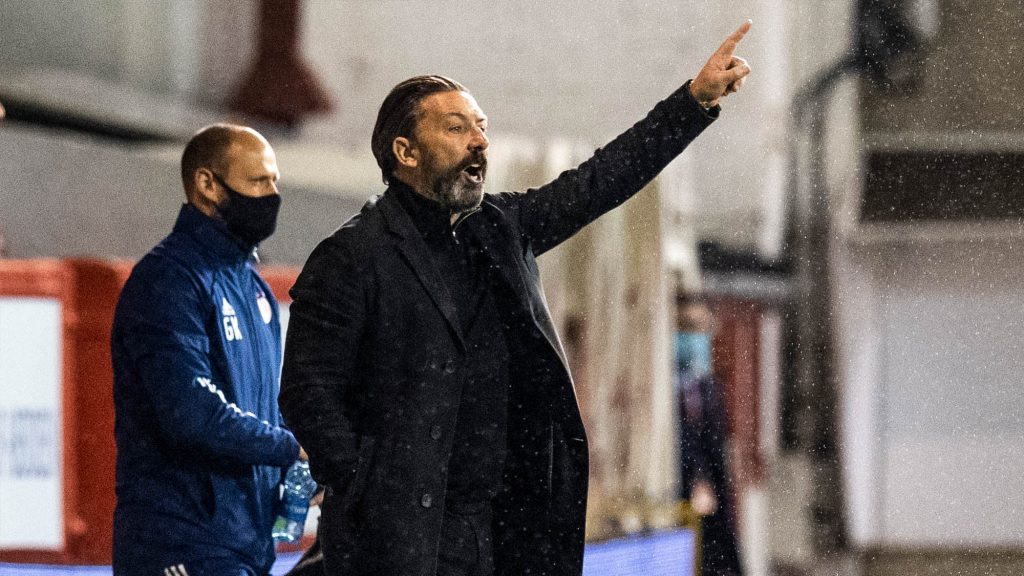 “He has a rawness about him but I like that, he’s eager to please, eager to score goals. He acquitted himself very well. Physically he can deal with it, for someone so young he’s got big shoulders, a good strength about him, and those goals will do his confidence a power of good. When you come to a new club you want to play your part and contribute, to prove yourself and obviously the injury set him back. But we see a lot of good in him in training and tonight, getting him on from the start, he took his chance.

“Having him there makes Marley Watkins better too because he is better playing in and around the main striker rather than being the target man – we saw that in the first half with some of that interchange of play he was involved in with Wright, Hedges, Hayes and Edmondson.

“Going 4-0 up was a fantastic start but we lost a poor goal straight away. Jonny was off the pitch and we were down to ten men but we have to be better than that. We need to stop the cross but once it comes in, we have to defend it better. It’s unlike us because we have the second most clean sheets in the league, I’ve been pleased with how miserly we’ve been, but that was a bad one. 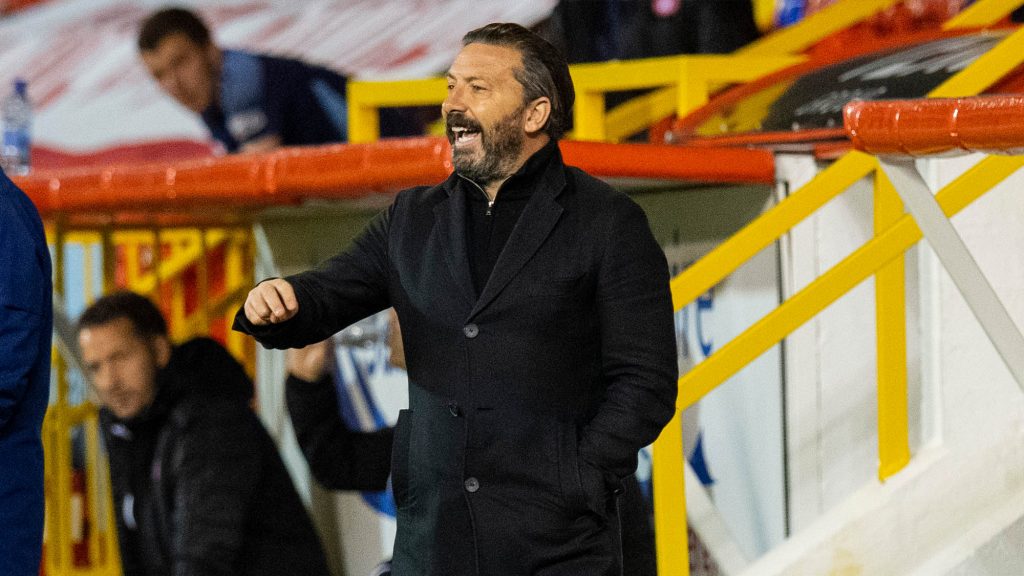 “It was frustrating because you don’t want to be giving Hamilton any encouragement. They’re a brilliant club, they’ve got a great bunch of boys who give their manager everything and you know they’ll keep coming. They might be bottom at the minute but they’re top of the league for their spirit. They keep getting forward and they try to ask questions. They were 3-0 down last Saturday against St Johnstone and nearly came back to get something, so we spoke about that at half-time. The second half was a bit more frantic in spells than I would have wanted but give them credit for that.

“No complaints about the penalty under the new rules but I felt we controlled things again afterwards. Conceding twice took a wee bit of the shine off it, as did a couple of injuries to key players – Jonny felt his groin and did the right thing in coming off – but the big thing is we took the three points we wanted.”

With Jonny Hayes needing a scan on a groin injury tomorrow and Ryan Edmondson turning his ankle over, the manager had better news for the long-term injuries in the squad.

“We’ve got boys coming back now. There’s a practice match tomorrow to give them an opportunity to build up their fitness. Sam was back on the bench tonight, but he still has a bit to go. He hasn’t had any competitive football since March, he’d only done three weeks of pre-season before he got injured so you need to be careful, but he’s getting closer. None of the boys who’ve been out will be ready to start the game on Sunday but there’ll be another week of training after that – including another practice match – before the cup game and we’ll see where that takes them.” 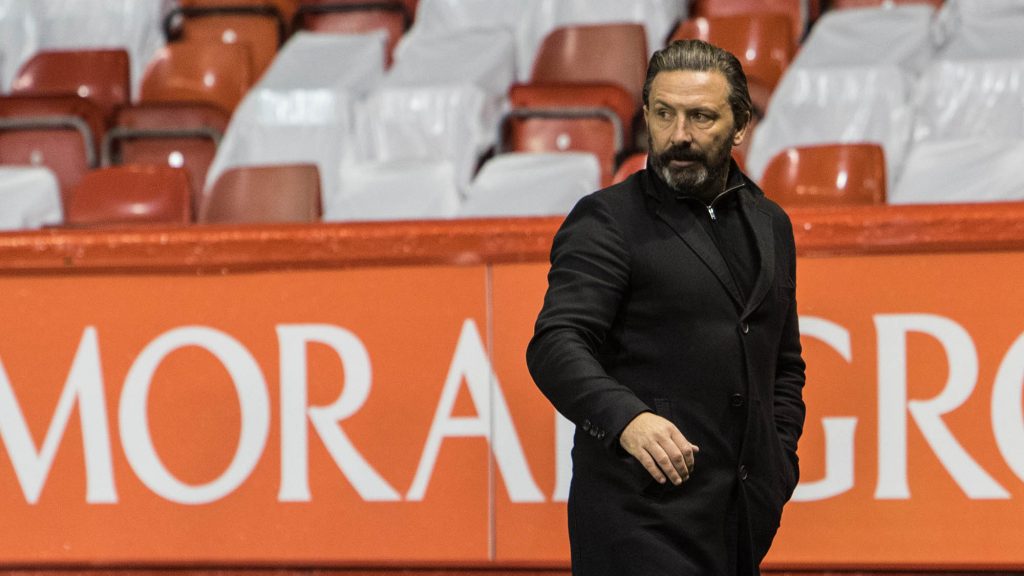