The Manager – better as the game went on 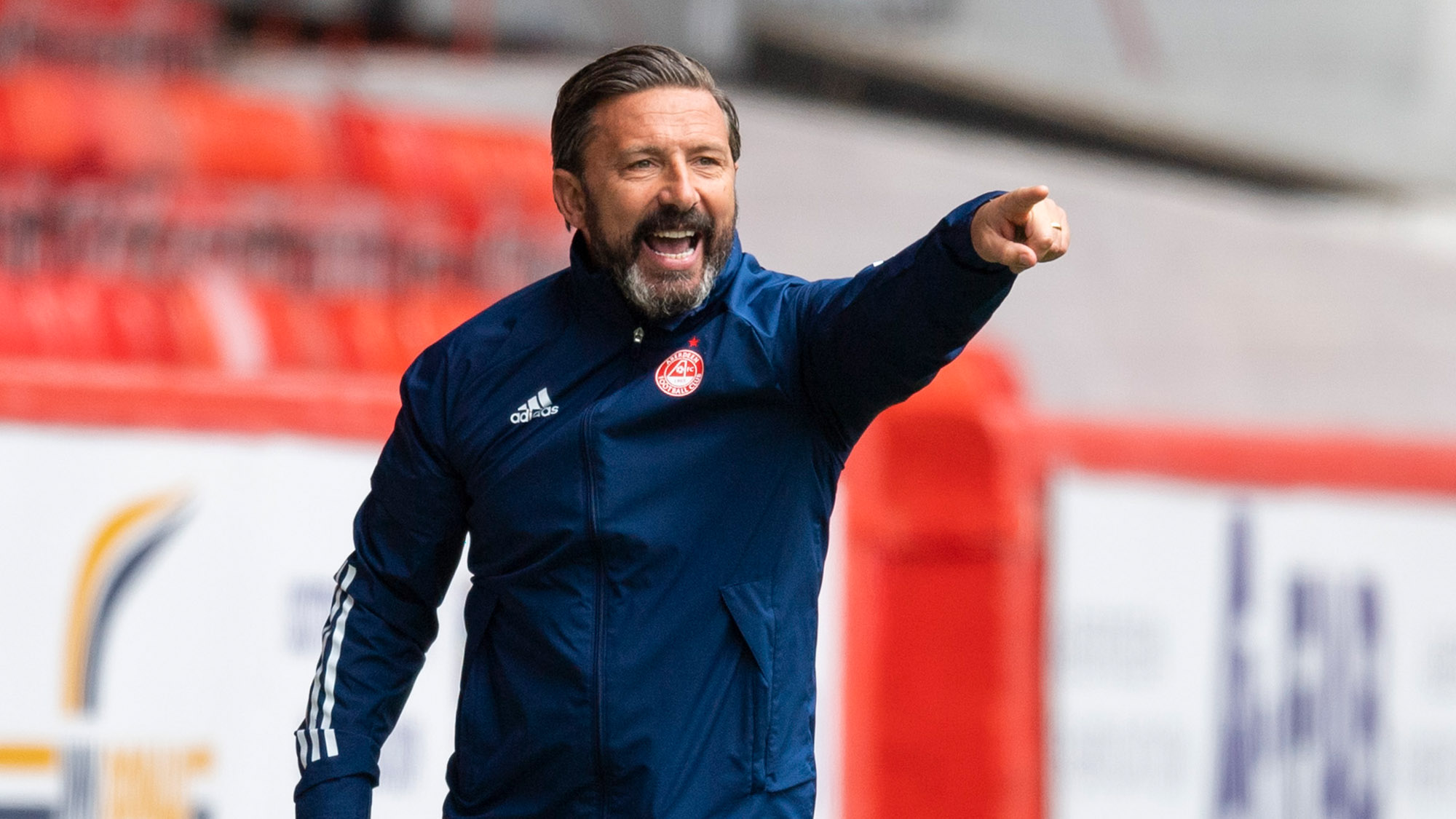 Reaction to the Game

“When you lose the first game of the season there is always disappointment.

“I thought we got better as the game went on.

“I thought initially Rangers imposed themselves in possession, they are a possession-based team. Their movement at the top end of the pitch can give you that overload to deal with. We didn’t get our distances right to go and press.

“That being said their goal comes from not having a great deal of possession, it comes from a pass from deep from when we are adopting a high press. People will look at the centre backs, but I don’t look at my centre backs there. The press has got to come from further up the pitch when Tavernier gets the ball, he must be shown down the line.

“We allowed that pass to come inside and as soon as that happens, you can be susceptible to what happened. That is the trade off when you come up against good players and good teams.

“You have got to get the fine margins right. If we do the press right, our centre backs would be expecting that ball to be played down that channel, we would have dealt with that pass.

“Disappointed we have lost that goal. 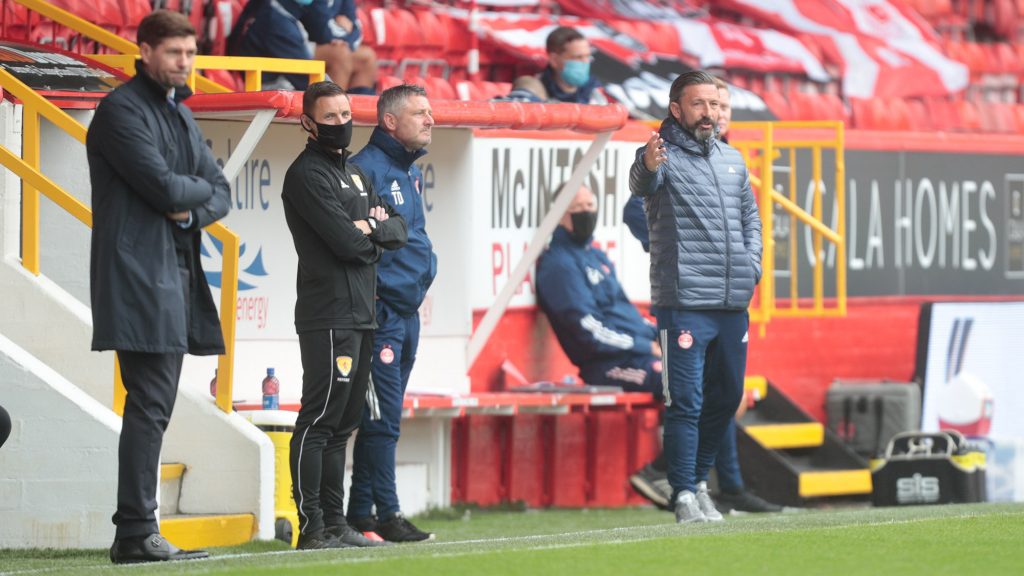 “For all the possession Rangers had, Joe has only had one save from Hagi which was from distance in the first half. I am disappointed that we have allowed Rangers to enjoy possession as much as they did in the first half an hour. They are a good team; they will do that to teams regularly this season.

“Once we got our distances better in the middle of the park, I thought in the last 15 minutes of the first half that we looked a bit more compact and we started to get a few passes in the game. McGregor has made a save and we have had set plays that started to go in and we started to make more of a game.

“In the second half I thought there was nothing in the game.

“Rangers were still in a game and we still felt that there was a goal in us. Edmondson coming on gave us a bit more of a physical presence and we started to annoy their back four a lot more as a team.

“Our biggest chance comes from the set play, but McKenna can’t get it out of his feet, and they have managed to scramble that away. The second half was a lot more even. We can’t quite throw the kitchen sink at them when Andy gets sent off in the last 10 minutes and we run out of time.

“You have to say that Rangers played well in the first half in terms of their possession. We got better as we went along, there was enough encouraging signs from me to show what we are going to be this season and we have got a good attacking threat. Today wasn’t quite the day to show that but I am sure that we will over the course of the season.

“I felt as if there was enough of an edge. There was mumping and moaning between the benches and the officials. Both sets of players played with an edge and there were enough tackles in the game. The stats will show that. Clearly it is a fixture that lends itself to having that atmosphere and the fans in.

“That being said we had some good periods in the game, we just didn’t show enough quality in the game to get that goal.

“For our first competitive game in five months the performance levels were more than decent, and we will get better as we go along. We respect that we were up against a good opponent today. The last couple of times we have drawn against Rangers we have had to do things really well to get our point. We weren’t quite at that level today to get in the second half. 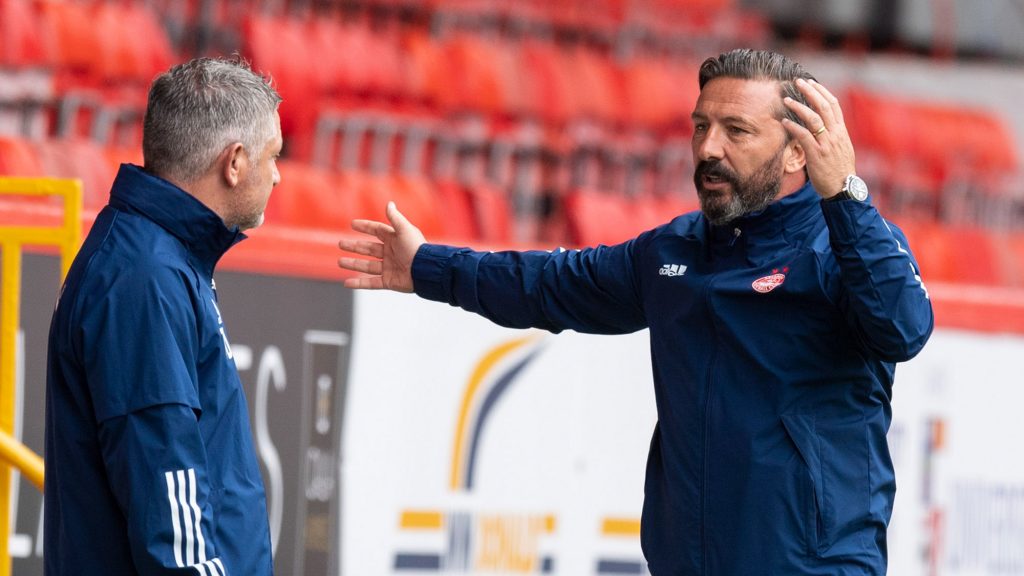 “Wee Brue has been brilliant, and we are delighted with him. He isn’t six foot four, but he is a striker that we believe in. It was a tough game for a lot of the players, in particular Bruce, he was isolated at times. Against a different opponent he might have been able to show more of his qualities and what he is all about.

“I can’t stand here and say that I won’t miss my top goal scorer, the guy has scored almost 50 goals in two seasons for me.

“It is up for us to find ways to work with what we have got, and Bruce is certainly someone that we believe in.

“I thought when Edmondson came on that he gave us a bit more psychically and it annoyed their centre backs a bit more with his running power and his physical size. Obviously, he helped us get up the pitch a bit more.

“Ideally we would have got Ryan up with us earlier in the week.

“At first we thought Sam had done his cruciate so the fact he is out for 8-10 weeks is not as bad as we first feared.

“We have been working since last Saturday night to get someone in. We wanted someone who has been training and has been in and about someone’s first team.

“To get someone from a club who is willing to give up their youngsters after a prolonged season is a bit difficult.

“Ryan is someone when there was a possibility of Sam going to France, he was one of the players that we had looked at as a potential replacement. He scores goals, he is very highly thought of at Leeds.

“We are delighted to get him, he is young, he is raw at times, but he does have potential and he give us something a wee bit different.” 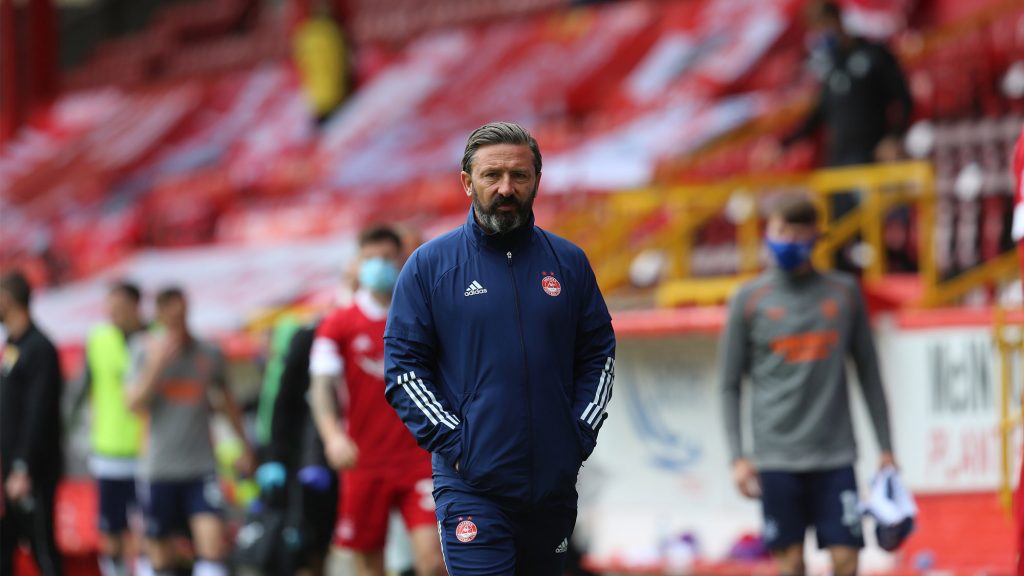