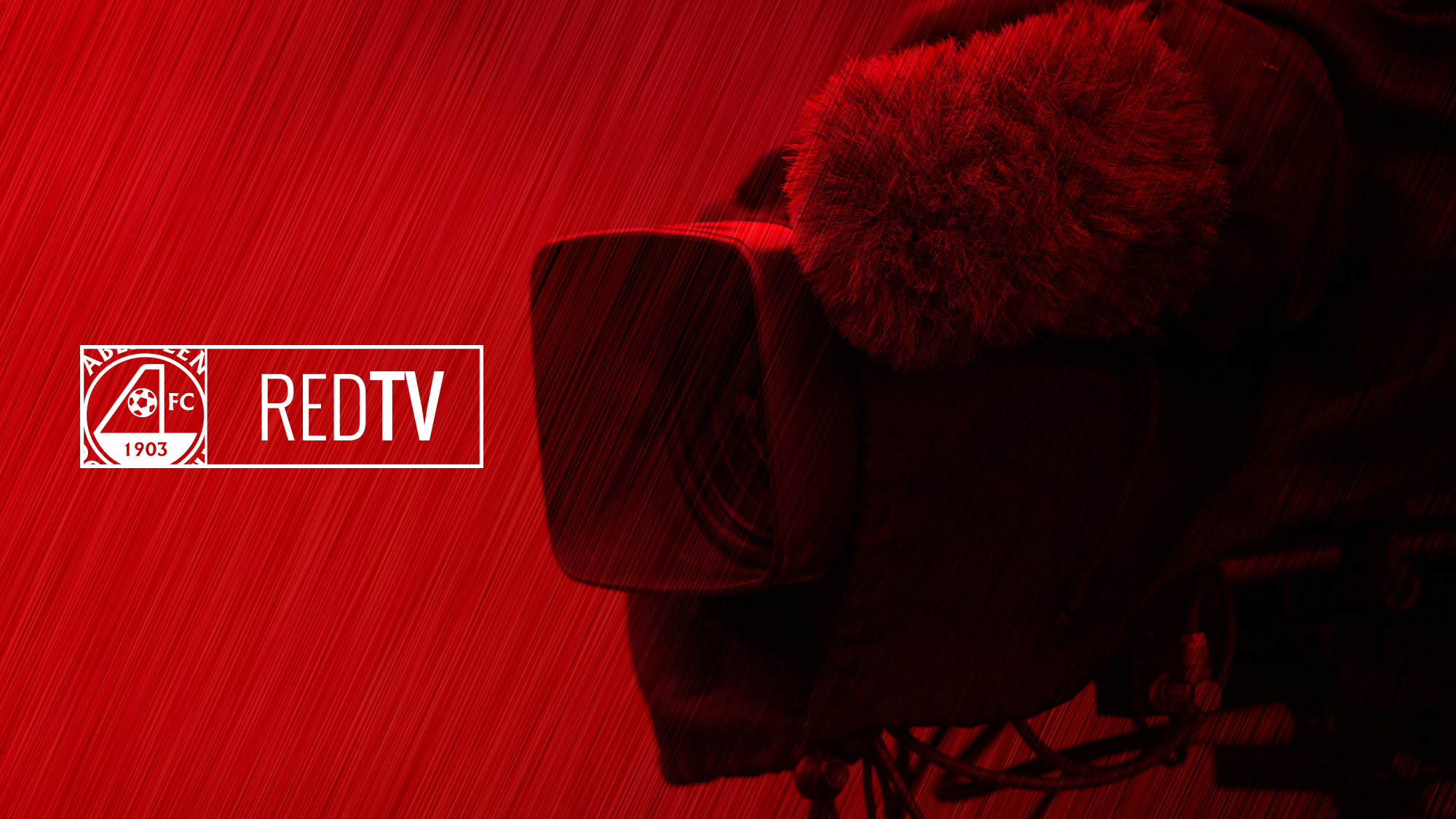 As RedTV celebrates its 15th birthday today, Aberdeen FC is pleased to announce that two renowned Scottish broadcasters are joining the team as preparations get underway for the new season.

Hosting the Club’s new look matchday programme will be a familiar face to supporters, Rob Maclean. Rob has been the voice and face of Scottish football for over 20 years and has a long-held association with the Club after starting his career at Northsound Radio. He commentated on our most famous night – our 2-1 victory against Real Madrid in Gothenburg – for the local Scottish radio network – and is delighted to be part of an exciting new chapter for RedTV.

“These are exciting times for Aberdeen Football Club, and I am pleased to have been asked to be part of it. The new Chairman is making a big impact. He comes at things from a different angle which is quite refreshing, and I think it is going to be a bold new era,” said Maclean.

“Aberdeen has a place in my heart – there is no doubt about that. I was a presenter and commentator with Northsound in the early 1980s and it coincided with that amazing period in AFC history. 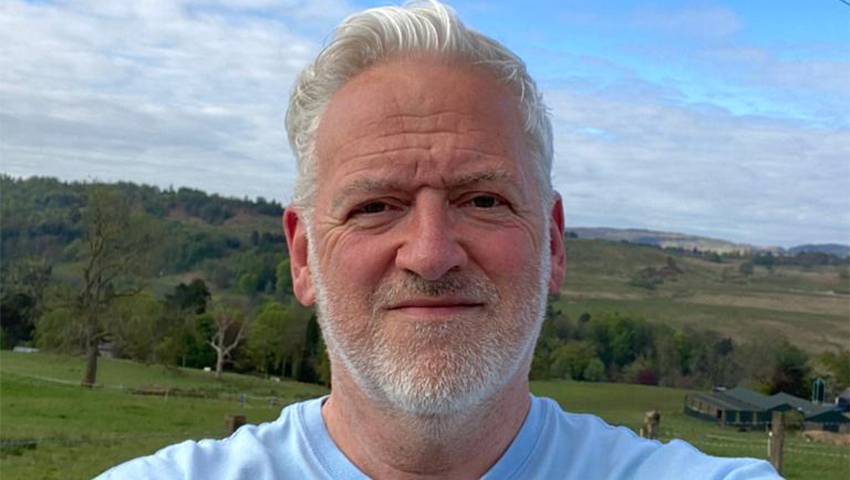 “I believe it is going to be an exciting season ahead. The signing of Jonny Hayes is massive. He will be great addition, not only because of the ability he brings, but because of what he can do for the players around him. The squad looks good and I think the training ground will make a big difference going forward. I’m sure the Aberdeen fans can’t wait to see what is about to unfold, and what a massive match to start with.  I can’t wait to get started.”

As part of his RedTV duties, Rob will also be commentating on our away matches throughout the 2020-21 campaign.

As part of the new home match format, commentary will be provided by Dave Macdermid alongside a guest summariser with Andrew Shinie acting as pitch-side reporter who will provide pre- and post-match interviews with the manager and players. Rob will also be joined by a host of popular ex-Dons on a matchday to preview and analyse the action with other special guests lined up to join them throughout the season.

Derek is a former ESPN and BT Sport SPFL commentator and now the voice of the most popular football video game in the world, EA Sports FIFA, as well as one of the main commentators for the Bundesliga’s international feed. 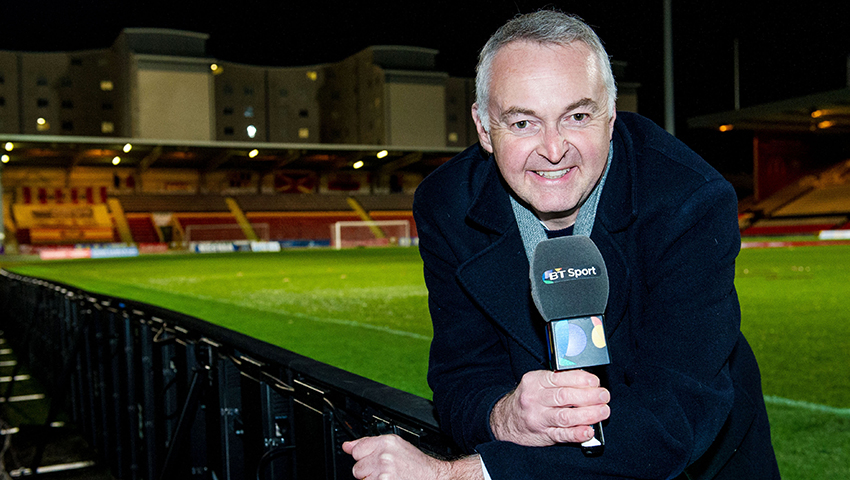 Although he is based in America, Derek will be contributing to our improved midweek content on RedTV throughout the coming season and, when possible, will join the team on a matchday at Pittodrie.

Derek added: “I’ve always been very proud to call myself an Aberdonian and I’m thrilled to have been asked to join the Red TV team this season as a special contributor.

“It was at Pittodrie as a youngster in the 1970s that I fell in love with the game. Hopefully, we can bottle some of that affection for the club and the North East in general with the tone and content of our coverage.

“With the restrictions in place as a result of the pandemic, RedTV is going to play a vital for the fans who will be utilising the platform more than ever so it’s great to see the improvements and changes being made. My travels have taken me far and wide, but I’ve always been a North East loon at heart. It will be exciting to produce and present content that appeals to Aberdeen supporters in all corners of the world.”

Commercial Director, Robert Wicks is delighted to welcome such established broadcasters to RedTV: “We are thrilled to have two of Scotland’s most prominent football broadcasters join the team as we prepare for the biggest upgrade in RedTV’s 15-year history.

“The club has made a significant investment in the product for the future and along with our production partners, Hi-Sat, SPFL production partners, QTV, Sky Sports, BBC Alba and our streaming partners, Stream Digital, we are looking forward to delivering an exciting new era for our supporters both at home and around the world.”

Our brand new matchday show will be on air on Saturday 1st August from 12pm ahead of the 12.30pm kick off with Rangers, with Rob and the team bringing you all the build up to the big game for virtual season ticket holders and RedTV International subscribers. An audio feed of the programme will be available for subscribers in GB & Ireland.

Please note more details and instructions about how virtual season ticket holders can watch games at Pittodrie will be issued very soon. 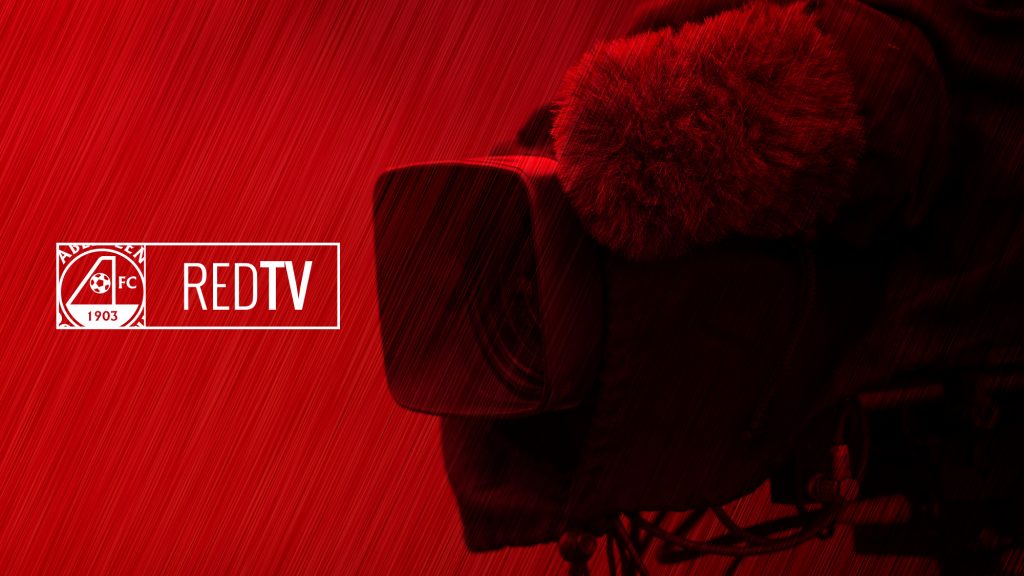