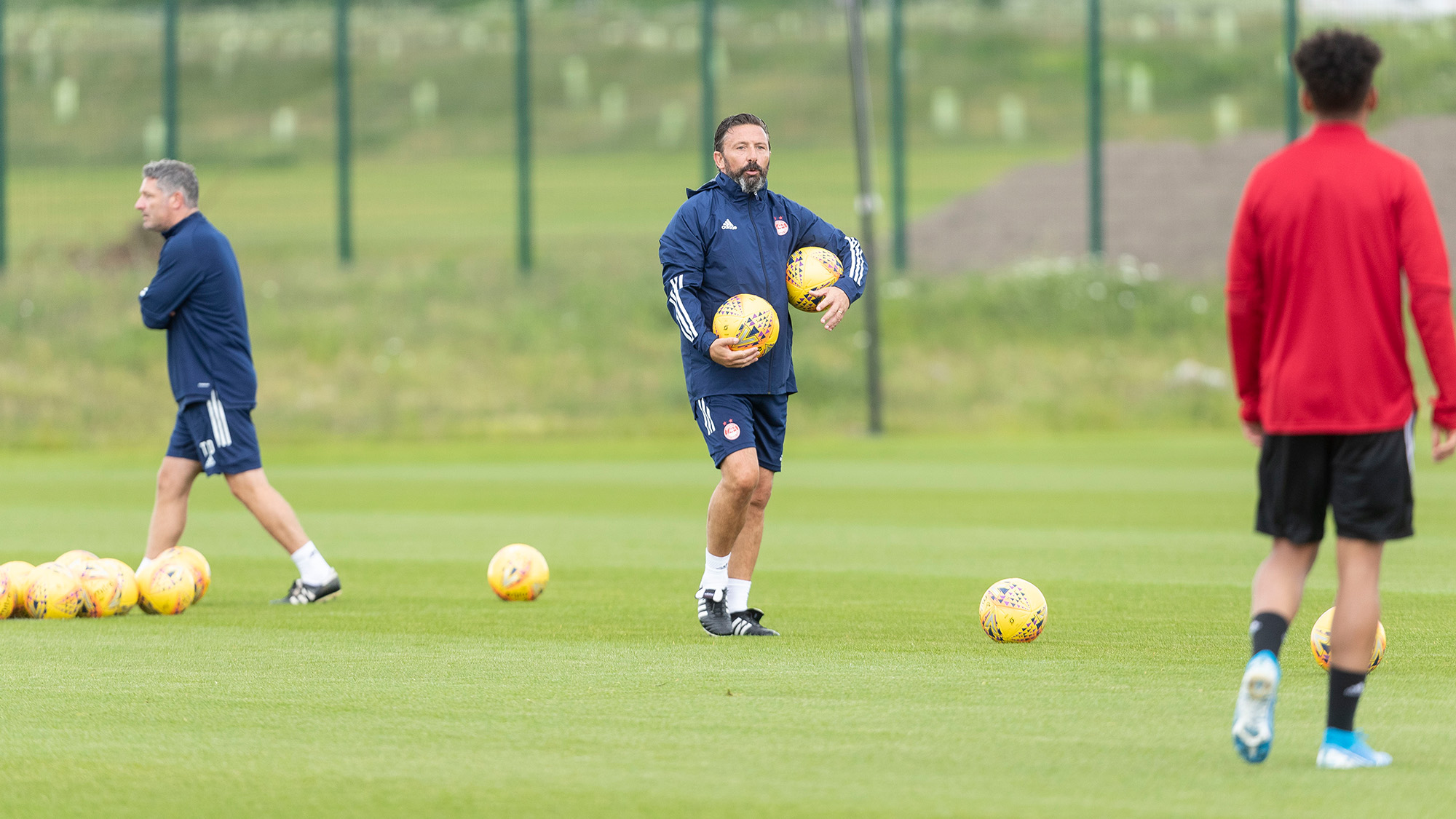 Manager Derek McInnes spoke to the AFC Programme editor on Tuesday morning to give an update on all the very latest news from the training ground. To watch the interview please click here.

“The news we got on Sunday about being able to resume full contact training was much anticipated. We have been working under the restrictions for the last couple of weeks, but it is something we have been eager for and the players have been looking for it as well.

“It is important with a month to go (until the season starts) with our preparations that we get back to that contact and we got back to that yesterday. Training was more what you would expect from throughout a season. With that contact we have still got to try and be careful, there were one or two tasty challenges going in!

“That is what you want from your training.

“We have picked up a few wee knocks over the last few weeks, which is what you would expect, with the players having so much time off. It is inevitable that you are going to get little wee strains here and there.

“We tested the players yesterday to their maximum effort on the bleep test, as we would usually do, and nobody disappointed us. One or two of the younger lads maybe could have done a wee bit better but the senior lads were different class. We then get the added carrot really of being able to go back into normal training. Hopefully we can start to progress our work now over the next couple of weeks.

“We have factored in some behind closed doors friendly games, a couple here at the training ground. The preparation in July will be more what it would be like going into any other campaign. Week by week we are starting to see a bit more scope to functioning properly.” 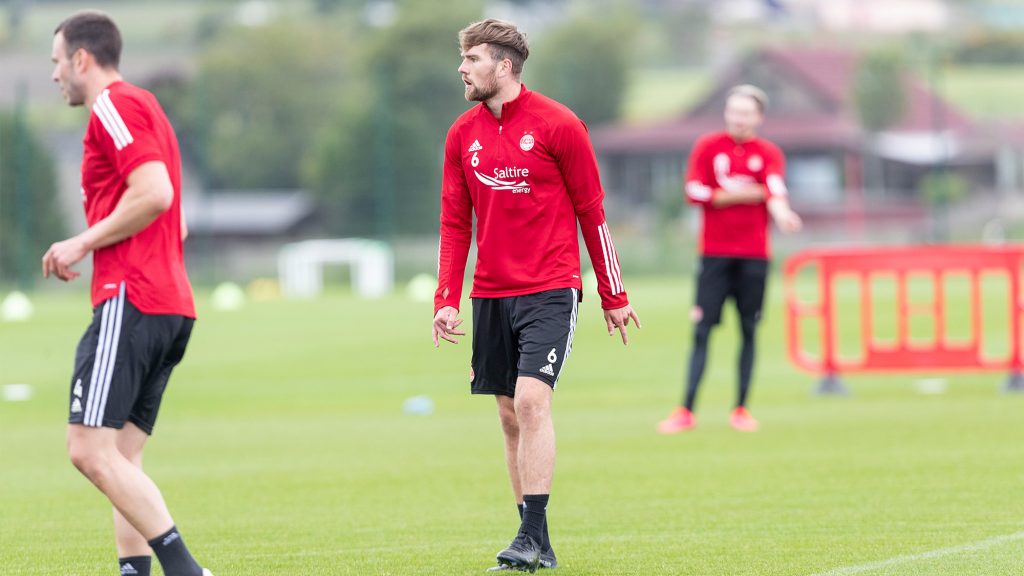 “We have put in for four friendly games for now and we still have one weekend where we may or may not use it. We intend to try and use an 11v11 at Pittodrie amongst ourselves as well, in full match conditions, so that would be our fifth game.

“We need at least four or five to be ready for the start of the season. Once we get the fixtures out, if we are playing one of the teams that we have organised a friendly with, in the first few games of season, we may look at changing one or two of those friendlies. We have got one or two options as a back up if we have to change.

“I do think that it is important that we have some sort of competitiveness and we have spoken already about how that is going to be so important once the season starts because there will be that competitive element playing for points, even though there are no supporters there, it has got to be engrained into the players. I think playing against ourselves and replicating 11v11’s is one thing but if we have any chance of being ready, we have got to be playing against other teams.

“As I mentioned one or two of the lads have had little wee calf strains here and there. McGinn and McGeouch probably did more work than they should have done during the lockdown and there is maybe a consequence of that but nothing that is going to stop them from missing the start of the season or missing these friendly games.

“Sam Cosgrove got a little back spasm the other day but we think that he will just miss a couple of days. As we know Sam has a little bit of a history with that. We are cautious when he has pulled up on a Friday before important games, so we are trying to get on top of that one.

“Matty is ongoing with his ankle. He is back out on the pitch and doing his work now. He will be back in full training next week. By and large we feel that everyone who is doing certain work with the physios at the minute will be ready for the start of the campaign and that is the most important thing.” 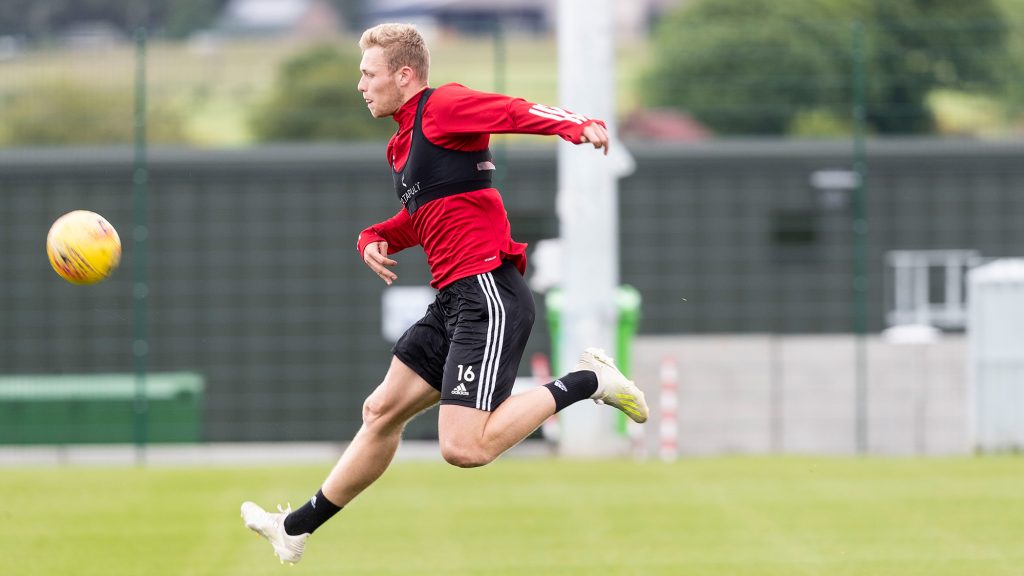 “Jonny is a really likable boy as we all know.

“He loved his time prior to moving and it was a blow when he left. There is no doubt about it. It was the end of an era when that team broke up and he was a huge part of that team.

“Now we want him to reinvigorate our squad this season. We can’t be making too many changes so to get someone in the building like Jonny who is very popular with the staff, players and supporters is brilliant.

“For me he is a magnificent signing.

“He trains right. He gets the culture of the club. He knows the demands of the club which is important because not all new signings get it right away. It is important those demands are met, and Jonny is a huge part of that.

“So he joins a senior group of players who can lead by example and set a standard in their training every day.

“He is full of carry on at the right times, but he gets the balance right. He is good value.

“It is a huge shot in the arm to everyone including myself that we managed to get him here. We are grateful for the (financial) gesture that he made which allowed him to come here and it should not be underplayed. It could not have been done without his gesture. So good on him.

“Jonny does not want to make a huge deal of that. He does not want to be putting himself up to be doing too many press interviews. He just wants to concentrate on getting on with the job in hand.

“He has trained brilliantly.

“The speed that we all know he possess, his ability, he is a game changer regardless where we play him, he can be the difference in any game.

“So great to have him back.” 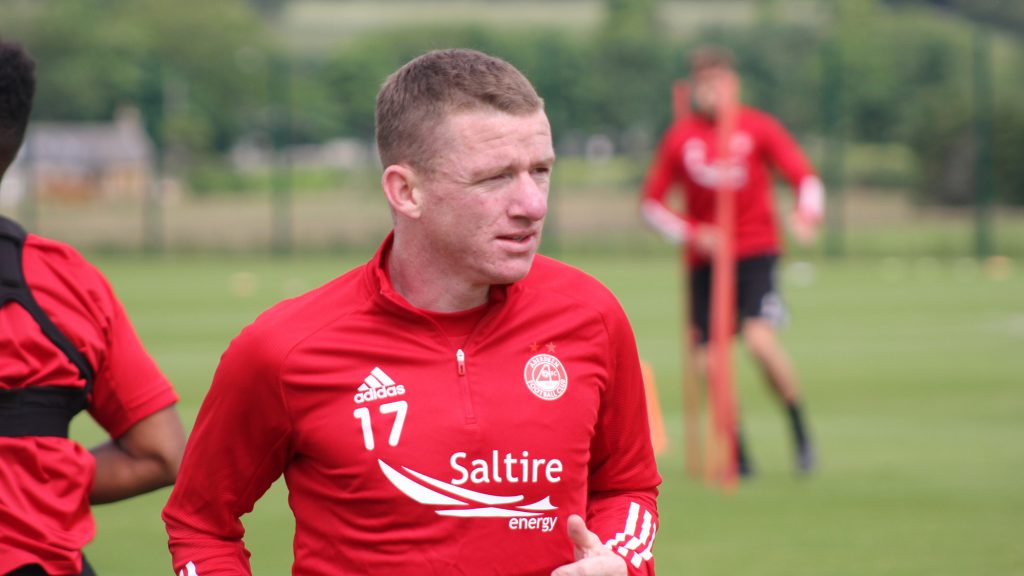 “Tommie is with us this week.

“I need to say, it is us fulfilling our commitment to get the boy fit.

“We are well aware under the current restrictions that we are not able to sign players so this can’t be seen as us looking to sign Tommie.

“All we are trying to do is offer him the medical facilities and the opportunity to finish off his rehab. We made that commitment as he got injured playing in an Aberdeen shirt and we feel responsible.

“We offered Tommie the opportunity to come back up before the season was curtained and we want to continue that because it is the right thing to do.

“It is good to have him back up and he will be with the physios for the next week or so and hopefully start to make progress in his rehabilitation.

“It is only right that we fulfil that commitment to him.”

“We have a lot of younger ones in and there is an opportunity for these boys to push themselves.

“We constantly say to the young boys, don’t waste the opportunity when you are up training with the first team. Go and make your mark. It is important that they are going to be seen as part of the squad and they have to see themselves as that, ready to play their part.

“We still have the nucleus of a strong squad.

“Defensively we still have got good options. In the middle of the park we have good options when everyone is fit. In the forward areas Curtis and Sam are not with us training at the minute, but they will both be fit for the start of the season. And in the wider areas we start to bring in a bit more pace – Kennedy was showing signs of what he was going to be with McGinn playing a bit more central and we also have the addition of Jonny.

“All that with hopefully some of the younger ones pushing on.

“We have got a fantastic squad. I feel as though with a clean bill of health we can go and compete and do what we want to achieve this season.

“With the season being a month away we have a lot of important work to do in the coming weeks to make sure we are ready for the start of the season but ready we will be.” 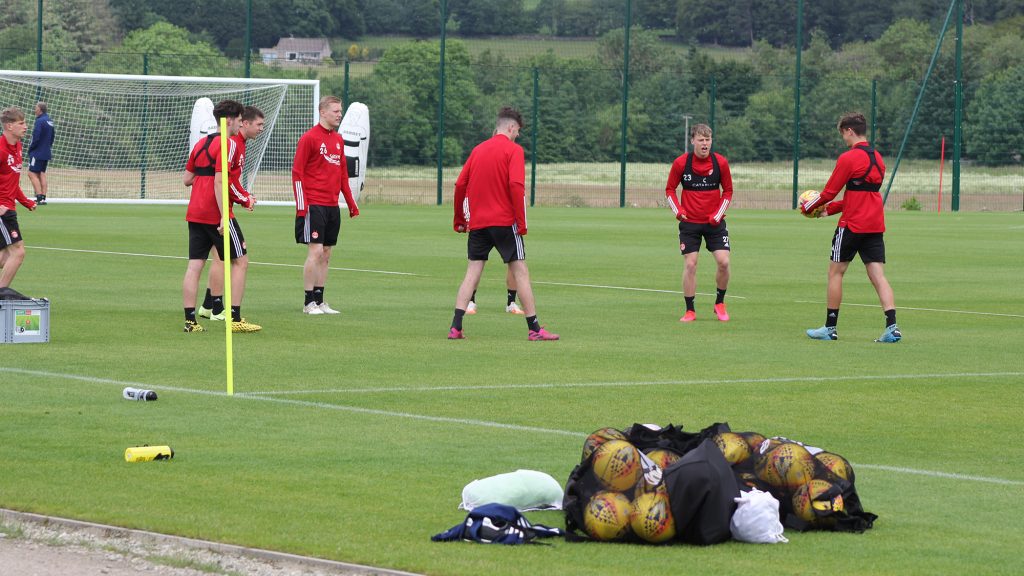