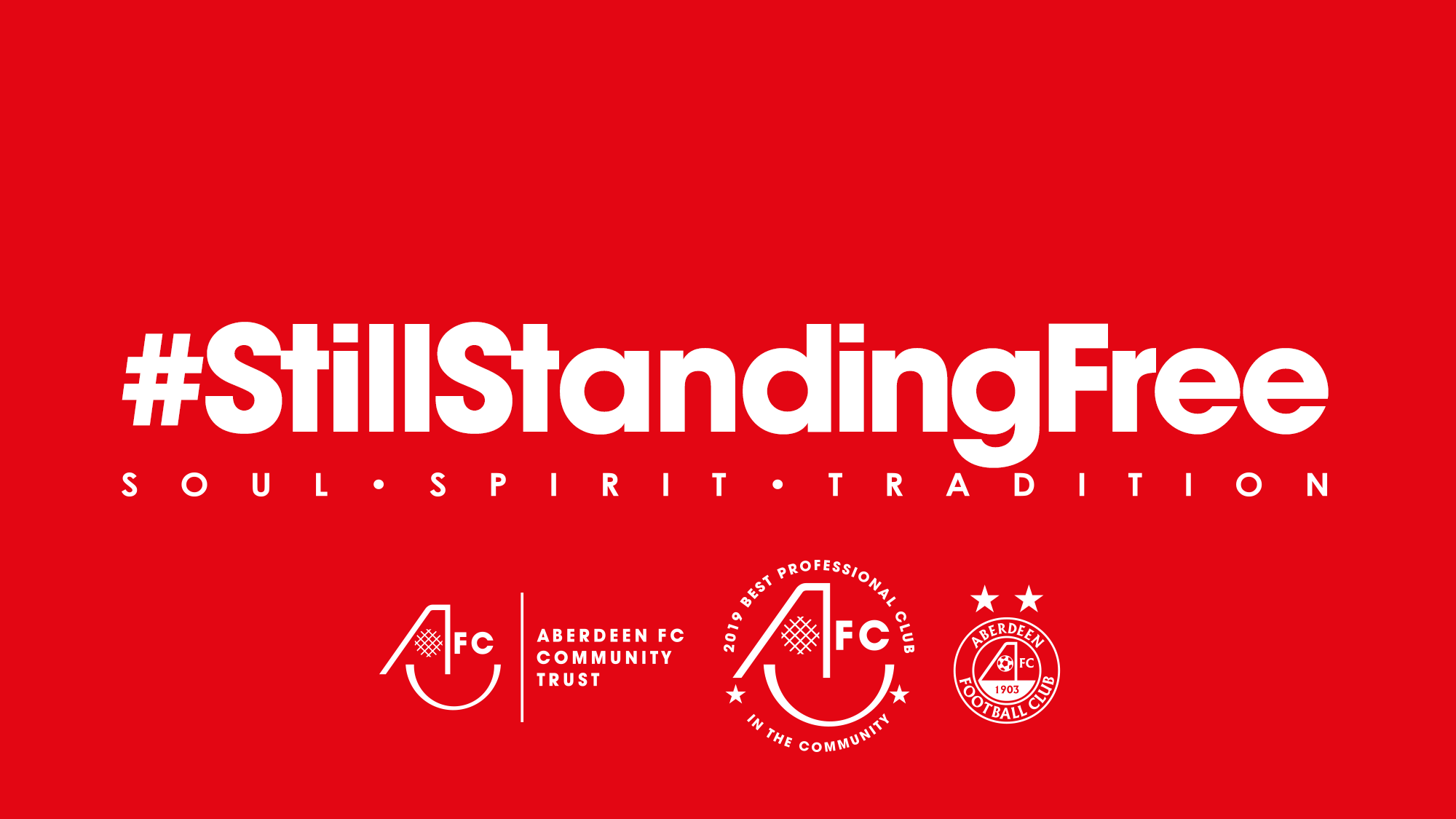 #StillStandingFree has helped thousands of fans and vulnerable families during lockdown

#StillStandingFree has helped thousands of fans and vulnerable families during lockdown

Tomorrow marks 100 days since Aberdeen Football Club launched the #StillStandingFree campaign to support its fans and vulnerable families across the community during the coronavirus-imposed lockdown.

The Dons marshalled forces with the AFC Community Trust to offer practical help in this challenging period through a two-pronged approach: providing information to and engaging with fans, particularly those in isolation, and making deliveries of food and essentials to those most in need from Mastrick to Macduff.

In the last 100 days, the Club and the Trust have made over 1,500 food deliveries, which have supported 7,500 families, including 4,200 children who may not otherwise have had a nourishing daily meal.

The calls team, comprising Club and Trust staff and volunteers, has made a staggering 17,000 phone calls to check in on almost 13,000 fans, making sure they are coping with lockdown. Those who have been identified as being vulnerable or struggling have had their spirits lifted by calls from players, former players, the Manager and even the Chairman.

Club and Trust staff and volunteers have clocked up more than 5,000 miles, making over 120 deliveries every week day for over 14 weeks.
The campaign has attracted huge support from the Red Army with almost 1,000 fans donating from across the world and in-kind support being offered from individuals and companies. This has included donations of items from PPE and hand sanitisers to teddy bears!
AFC Chairman, Dave Cormack, said: “Aberdeen Football Club has been at the heart of our community for over 100 years and, through this campaign, we’ve shown what it actually means to be a community club.

“Alfredo Di Stefano once said that ‘Aberdeen have what money can’t buy, a soul, a team spirit, built in a family tradition’. We’ve re-energised behind that motto and, as a result, the community and our fans have fallen in love with their Club again.

“But we didn’t do it for these reasons, we set up the campaign because it was the right thing to do.

“Our response has been one of solidarity and support. Throughout our history, we have been supported by our revered and loyal Red Army, Standing Free every step of the way. This campaign has been our chance to rally behind those fans and the wider community and I’m both proud and humbled by what our amazing team of staff and volunteers has been able to achieve.

“Through our unique platform and reach, we’ve been able to connect with thousands of fans of all ages and from all backgrounds giving them reasons to smile in these scary and uncertain times.”

Dons skipper, Joe Lewis, personally made dozens of calls to fans. He said: “It has been great talking to the supporters during this period and I actually found the calls often helped to lift my mood as well. To hear the excitement or shock in their voices when they realised it was me calling was fantastic and it was great to share memories of their stories about following the team. Hopefully, it won’t be too long before we’re all back together at Pittodrie!”

First team winger, Niall McGinn, has been making calls and deliveries as well as keeping fans entertained with a weekly blog throughout the campaign. He added: “It was personally very humbling for me to be able to join the Trust volunteers to make some deliveries. To see the happiness it brought to these families, who are really struggling during this tough period, was hugely satisfying. The Club and the Trust have done a fantastic job engaging with our supporters over the last 100 days and, given my relationship with AFC, and its supporters I was more than happy to play a small part in helping to raise their spirits during a worrying time.”

The highlights of the campaign include: