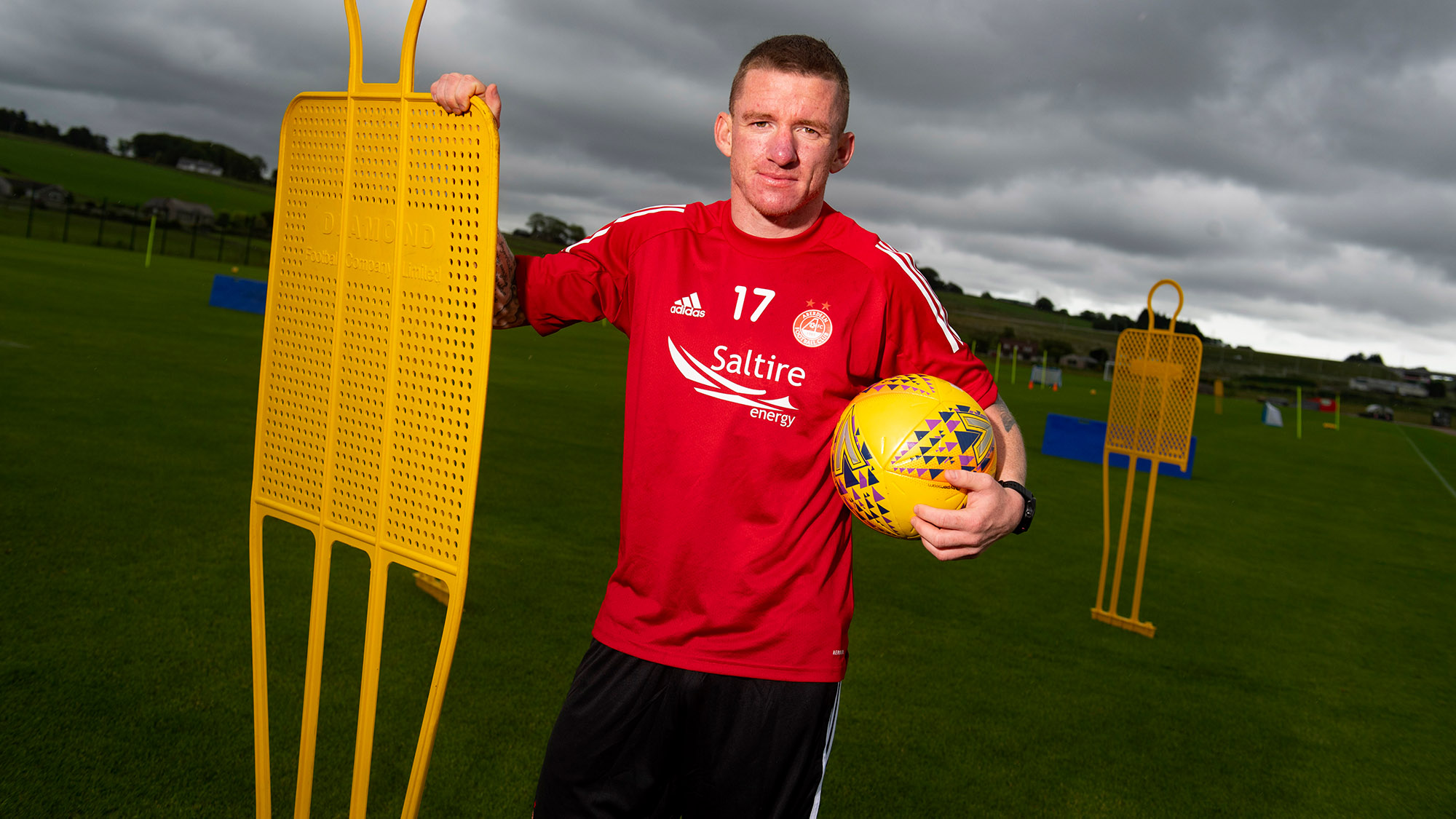 Aberdeen on Tuesday morning completed the signing of Jonny Hayes once his medical and paperwork were all finalised. The Republic of Ireland international then sat down and spoke with the Red Matchday programme editor in an interview you can watch now on RedTV by clicking here.

First of all, Jonny gave the reasons why he was so keen to return to Pittodrie despite having to make some financial sacrifices, and top of that list was his relationship with Manager Derek McInnes:

“We have always kept in touch.

“Anytime Aberdeen had a good result or I played well in a big game, we have exchanged text messages. Every time we have seen each other we have had a chat.

“He was a major factor in me coming back. There is familiarity. I know what he expects so I think I will slot straight back.

“I feel that I have grown as a player over the last couple of years so hopefully I will be able to help the manager with the level of expectation that he wants and demands for the club.

“The club are pushing forward now with new boundaries because of the training ground.

“The Chairman wants to push the club as far as he can.

“Everyone is pulling in the right direction. 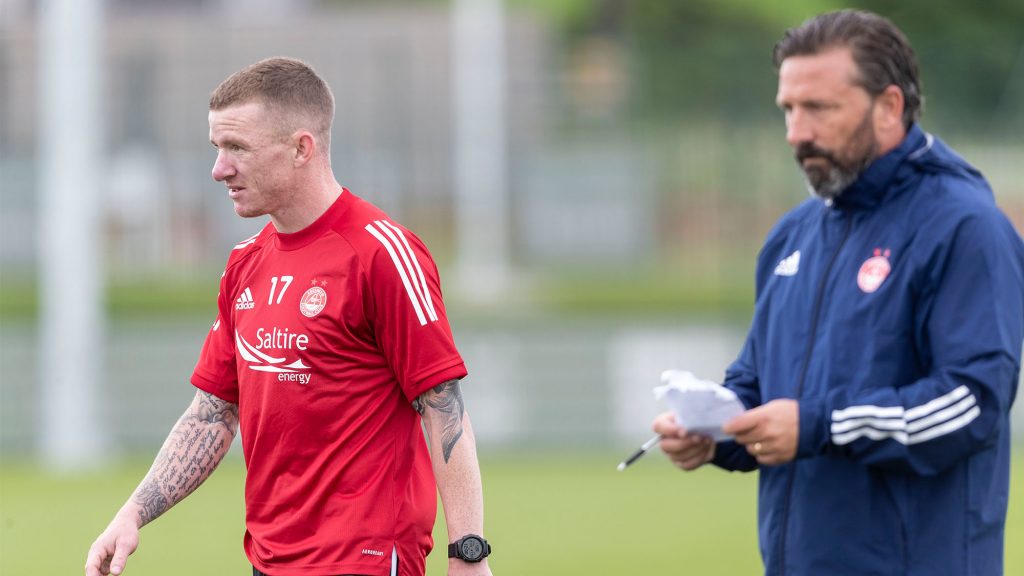 “It is exciting to be an Aberdeen player again.

“The club has made great progress since I have been away with the building of the training ground. Cormack Park looks brilliant. It was a major attraction in coming back. I had only seen it in photos on social media until now, but I am not disappointed.

“The overriding emotion is excitement. It is a bit strange not knowing exactly when we will start playing the games again but it will give me plenty of time to see some old faces and get to meet some new ones.

“As soon as the manager phoned and said the club were interested it was always my preferred choice.

“When I left it was not forced, it was just to try something new. I have always kept an eye on the results of the team, I still have some good friends that are here. I think everyone who moves on from Aberdeen, the likes of Mark Reynolds and Adam Rooney who I am still friendly with, everyone keeps an eye on the club. You build up a bond when you are here.

“The family loved it when we were in the area and there were always plans to move back to the north of Scotland at some point anyway.

“So it made sense.

“The club and myself were then able to come to some sort of agreement to make the deal happen that was suitable for all parties. It was tough in the current climate with COVID-19 but everyone wanted to make it happen and thankfully it did.

“The boots have been in the car for a couple of weeks now in case I got the call! There are obviously pre-cautions and I need to get some testing done, but hopefully I can get the boots on as soon as possible and start my pre-season training.

“Since I have been involved in European football every season since 2014-15, pre-seasons have been quite short and sharp – I have preferred it that way!

“I don’t think it will matter too much because with the modern developments in sports science – Graeme Kirk will have planned it out carefully – so I am not sure it will be quite as intense, I certainly hope not! It won’t feel as rushed but it is all about making sure we can hit the ground running when the campaign does start. 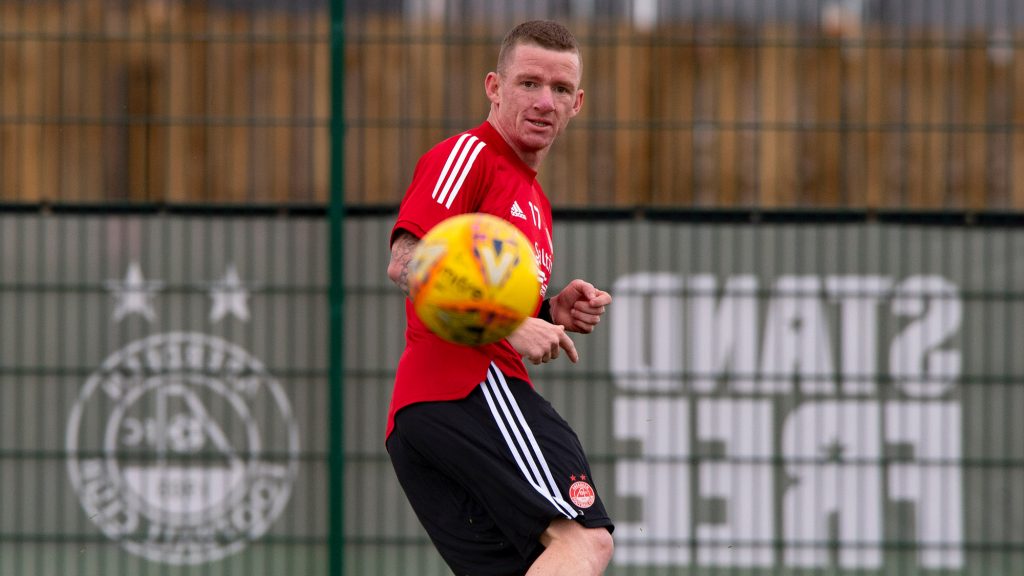 “The manager and I have not really discussed my role in the team.

“The whole thing about me playing left back, I just like to think of that as another string to my bow. We have not spoken about where he sees me playing exactly but we have talked about different formations and certain tactics within those formations. But he has not told me that he wants me to play here or there.

“I don’t think I need to be told that. I am old enough to know what is expected of me wherever I play on the pitch.

“I know what is expected. The manager and myself have been on the same page for a number of years now so it will not take too much for me to adapt.

“I don’t like losing. Whether that be in training, on the golf course or playing on a Saturday afternoon. I do not like losing. I think it was a good trait to have. The manager knows that.

“I want to come back and win some winners medals.

“I think the club deserves it.

“There have been a few near misses with some of the finals.

“There have been a few results that have not gone the club’s way in semi-finals as well.

“It would be very nice to come back and win some trophies.” 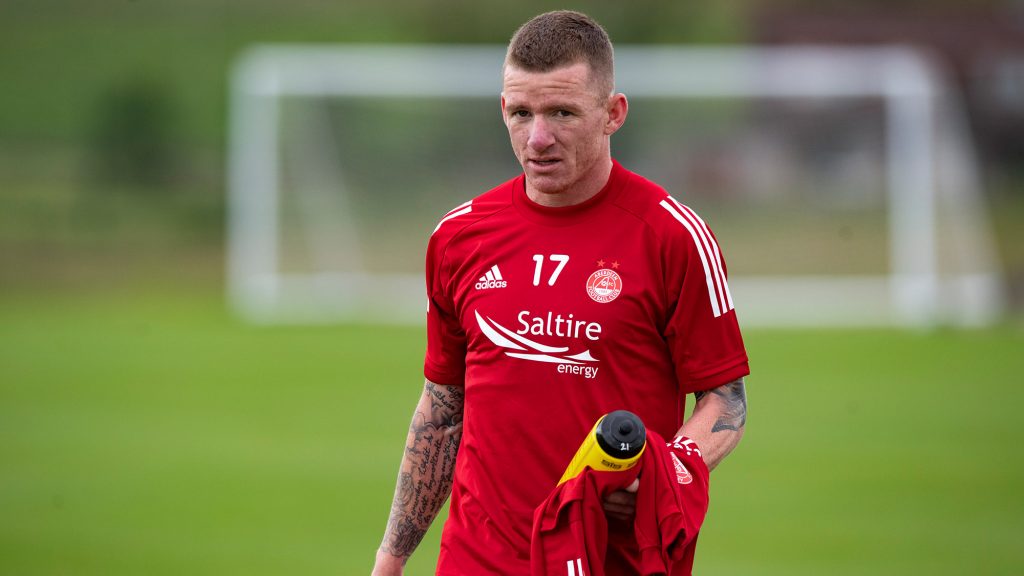 “Being a bit older now, and being an experienced player in the dressing room, it is something that you need to take on board and help the younger players.

“I learned from certain players when I was younger, senior players in dressing rooms, and it has been interesting to watch how they have evolved over the years. They have probably become a bit more sensible!

“It is fine giving young players advice, but the biggest thing is leading by example and taking that onto the pitch. We had that here over the years with the likes of Barry Robson, Willo Flood and Russell Anderson.

“Regardless of whether they were wearing the captain’s armband, having that bit of experience helped massively in games. For example, the amount of matches we won because of Russell’s leadership at the back and speaking to everyone, or Barry coming off the bench to see a game out.

“So experience is important and we have a good nucleus of senior players here with Niall, Andy, Joe, Ash, myself.

“All these players know what is expected from and for this football club.

“For one reason or another I always felt that it was on the cards. During every transfer window the name of Aberdeen would always come up. So it has always been something that has not been far from the back of my mind.” 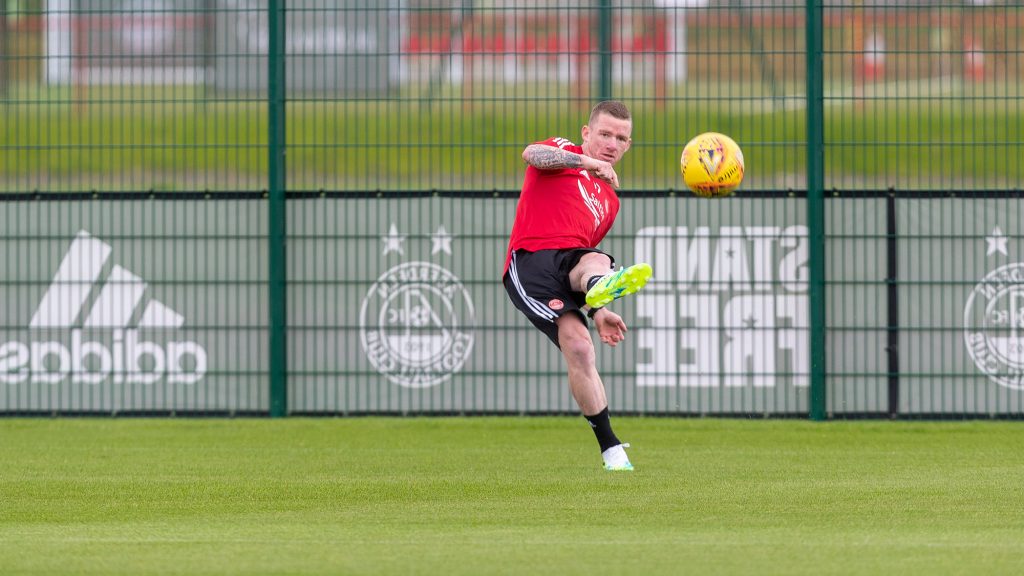