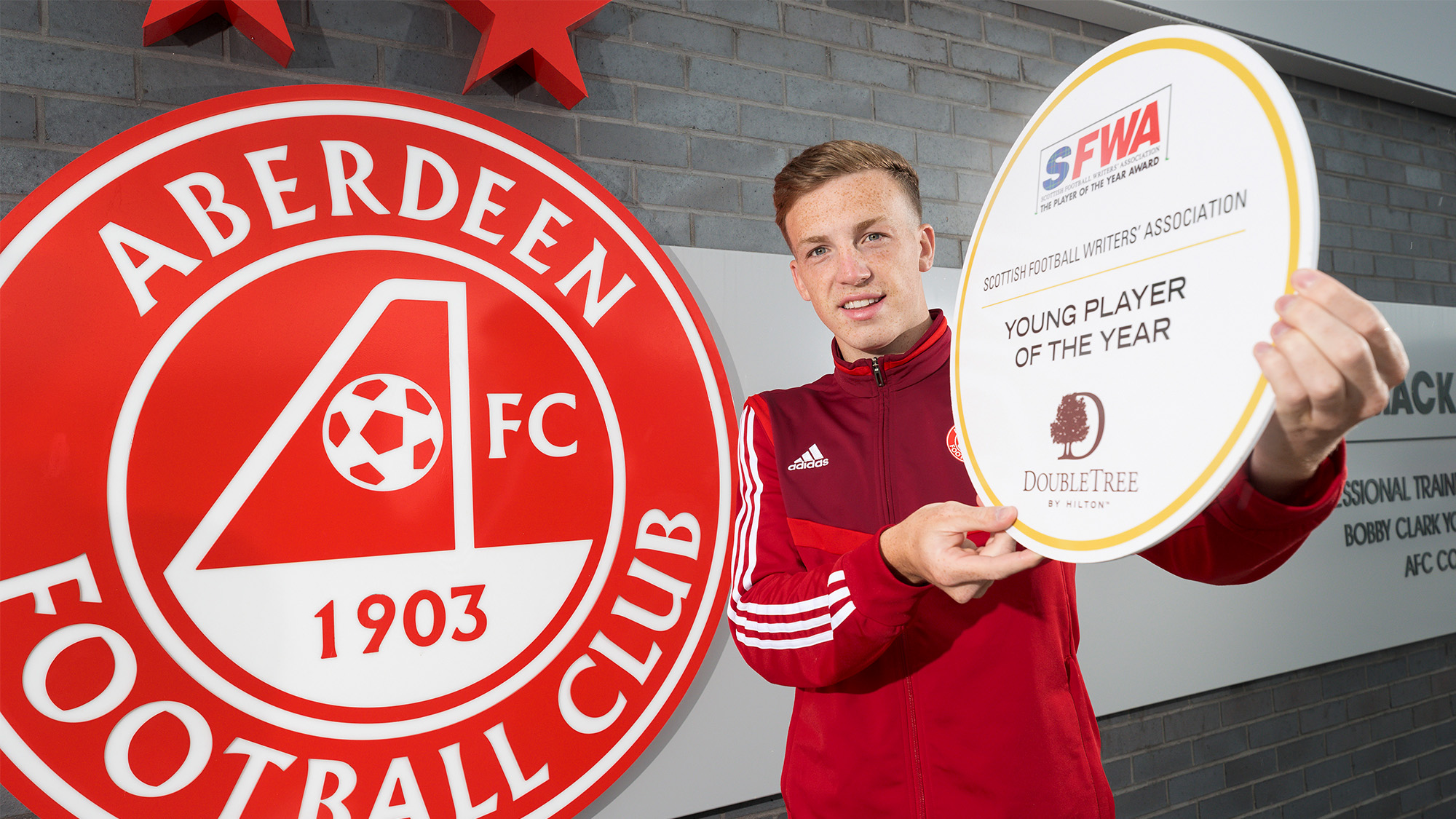 Lewis Ferguson has today been named The Scottish Football Writers’ Association Young Player of the Year Award for 2019/2020.

He is the first Aberdeen player to win the Football Writers’ young player prize.

“It is a real honour for me. I am delighted.

“I would like to first of all congratulate the other boys on their nominations. They have had great seasons.

“I would also like to thank the guys who voted for me.

“I didn’t know that I am the first Aberdeen player to win the Football Writers’ Young Player award. It is nice to hear.

“I am delighted to get it.

“The other nominees had great seasons with their clubs. They deserved to be nominated. I was delighted just to be nominated but to win it is special.

“It was a tough season at times.

“Craig Bryson and Funso both joined last summer, and they were both injured for long spells. It was difficult because they were brought in to play and they are both experienced players.

“I was listening to Joe’s interview a couple of weeks ago and he was saying that we were just coming into a good bit of form before the season ended and I would agree with him. In the first half season we were a bit on and off. We were good on our day, but we were not consistent enough.

“Towards the end of the season we were getting boys back from injury, boys were fit, we had almost a full squad and we were playing some good football.

“We were coming into good form, we had a semi-final to look forward to and we were going to try and get that third spot, which I was confident that we were going to get with the way we were playing.

“It was sad the way that the season ended but your health is more important.”

Lewis spoke to the Red Matchday editor and you can watch an extended interview with the Dons midfielder on RedTV this weekend.