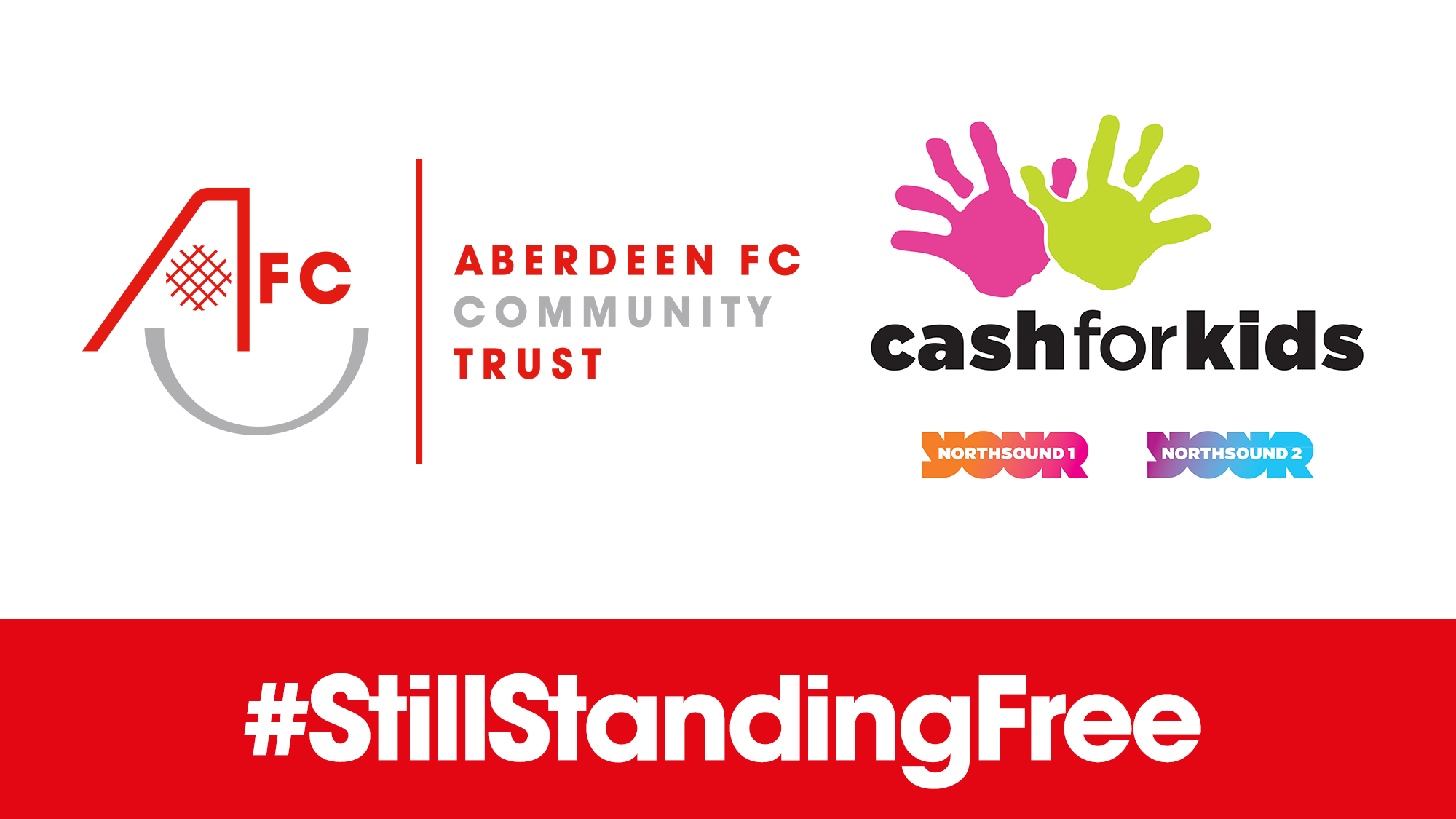 Aberdeen FC Community Trust and Northsound Cash for Kids have teamed up to ensure hundreds of children do not go hungry during the current COVID-19 pandemic.

AFCCT has been awarded a grant of almost £25,000 by Cash for Kids, which is being used to buy and distribute food parcels to some of the city’s most vulnerable families.

Cash for Kids launched an emergency appeal to raise money to help support families affected by the impact of Coronavirus and provide basic essentials such as food, gas and electricity.

Thanks to generous donations and fundraising efforts, more than £88,000 has so far been raised for the fund, which is inviting applications for funding.

Volunteers from AFCCT and Aberdeen Football Club have already been delivering much-needed food parcels across the city as part of its #StillStandingFree campaign to support vulnerable people.

Following the successful grant application, it is estimated a further 800 families will benefit from donations of food.

Liz Bowie, chief executive of AFCCT, said: “We are extremely grateful to Cash for Kids and everyone who has donated to its emergency appeal to help those who are most in need. The £24,605 we have received will go a very long way towards providing food to children who would have otherwise had very little to eat.

“The grant from the Cash for Kids Appeal will be used to support families who are known to us through projects such as the award-winning Food and Fun programme, which was set up to help prevent school children going hungry during school holidays and alleviate the burden on low-income families during that time.

“The partnership with Cash for Kids is a brilliant example of charities working together in a time of crisis to reach local people who need an extra helping hand.”

AFCCT was established as the official charity partner of AFC in 2014, with the aim of providing support and opportunity to change lives for the better throughout the North-east.

Michelle Ferguson, charity manager at Northsound Cash for Kids, said: “We are pleased to be able to help to support AFCCT’s work in the community by awarding this grant for food parcels and essentials such as electricity.

“We launched the emergency appeal on March 22 and in just a month we have raised more than £88,000 thanks to the kindness of people here in the North-east. All the money which is donated in Aberdeen and Aberdeenshire stays locally.

“In the current circumstances, those on low incomes who are living in or on the brink of poverty will be feeling the pressure more than ever, and this has an impact on their children. We will do what we can to support them during this difficult time.”

Alongside Dons players, staff and volunteers delivering essentials and checking-in with fans through phone calls, Aberdeen band Eskimo Blonde has composed and recorded a song to raise additional cash for the Trust.

The indie rock band is donating all monies generated by downloads of the track to AFCCT to enable it to continue supporting the community during lockdown.

Fans and Aberdonians are being urged to share the video on social media to boost the number of downloads. The track can be downloaded from Spotify, Amazon, Google Play, Apple Music and iTunes among others.

A Message for The Red Army

A Message for The Red Army