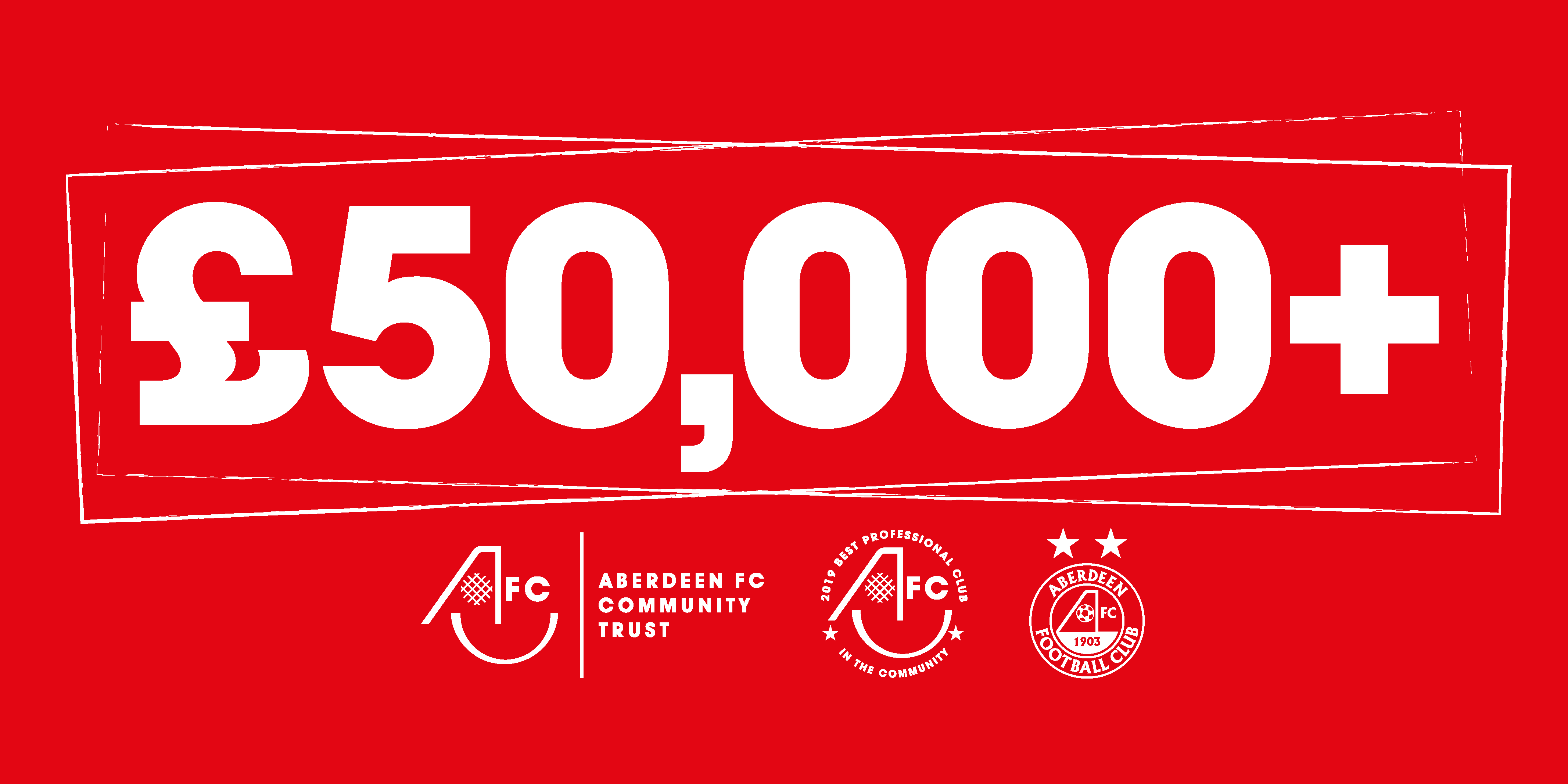 Aberdeen Football Club has confirmed that, as a result of Dons’ fans buying season tickets, the AFC Community Trust has reached a milestone fund-raising figure of £50,000.

These funds will make sure that the Trust can continue its vital deliveries of food and essentials to those in need and, in partnership with the Club, can ramp up the mass outreach programme to tackle social isolation.

Since the #StillStandingFree campaign launched three weeks ago, over 2,000 supporters have been lifted by a call from a member of staff, volunteer, first team player or AFC legend. In some cases, these check-in calls have been the highlight of the day for elderly fans during the coronavirus-imposed lockdown.

The Trust staff and volunteers have made 350 deliveries, supporting 1,500 people and making sure 850 children have at least one meal a day.

Earlier this week, the Club set a fund-raising target for the Trust of £125,000 by May through the sale of season tickets. AFC’s investors pledged to match 10% of the revenues generated by season ticket sales to the Trust. The aim is to bring much-needed funds into the Club during this period of football suspension, while supporting the community through the #StillStandingFree campaign – the Club’s response to the COVID-19 outbreak.

Sir Alex Ferguson is backing the campaign. He said: “Aberdeen Football Club has always been at the heart of the community – a genuine family Club. In these unprecedented times, when we need to pull together in support of our communities, it’s great to know that AFC is setting a such a good example. Working as one with the AFC Community Trust, the Club has been providing valuable help to those who need it most.

“When the lack of football has left a real vacuum in people’s lives, the Club is putting its fans and community first, filling that void with a phone call, a message of support, lifting the spirits of fans who are struggling, in a way that only football can.

“It’s marvellous to see the positive response from the Red Army following the rallying calls from the Club Chairman. I know that will continue as Dons’ fans give what they can to the Trust and the Club through this challenging period.”

AFC believes it can sell 5,000 season tickets in the next two months which would result in a £125,000 donation to the Trust.

Liz Bowie, chief executive of AFC Community Trust, said: “The support we have had from the AFC board, manager and players, Dons’ supporters and the wider community has been truly humbling. Our assurance is that the funds we receive, through the donations linked to season ticket sales, will not just improve lives but will save lives in the short, medium and long term by improving the mental health of our region at a time when it’s going to become a major issue due to people struggling to cope with the lock-down.”

One donation from a couple of young “farmers” caught the eye of the Club. Liam (age8) and Lewis (age4) Jappy from Durris were given tasks to help their parents’ farm during the school holidays. The youngsters decided to sell the eggs they collected at the end of the farm road so friends and family could collect them while adhering to social distancing guidance. After spending a day in the tractor listening to the news, Liam was concerned about those less fortunate than him and his brother and decided to donate the money from the sale of their eggs to AFC Community Trust.

AFC player, Scott McKenna, sent a personal message to the boys to thank them for their donation.

The boys’ father, Kevin Jappy, said: “The boys have been selling all our eggs and were pleased to donate the takings to AFCCT. They are both huge Dons’ fans, AberDNA Junior members and are missing football very much. Getting the personal message from one of their favorite players, Scott McKenna, was a real boost for them. We hope that the donation will help feed children who are not as lucky as Liam and Lewis. We also hope that Dons’ fans continue to support the Club and the Trust and we can all get back to Pittodrie soon!” 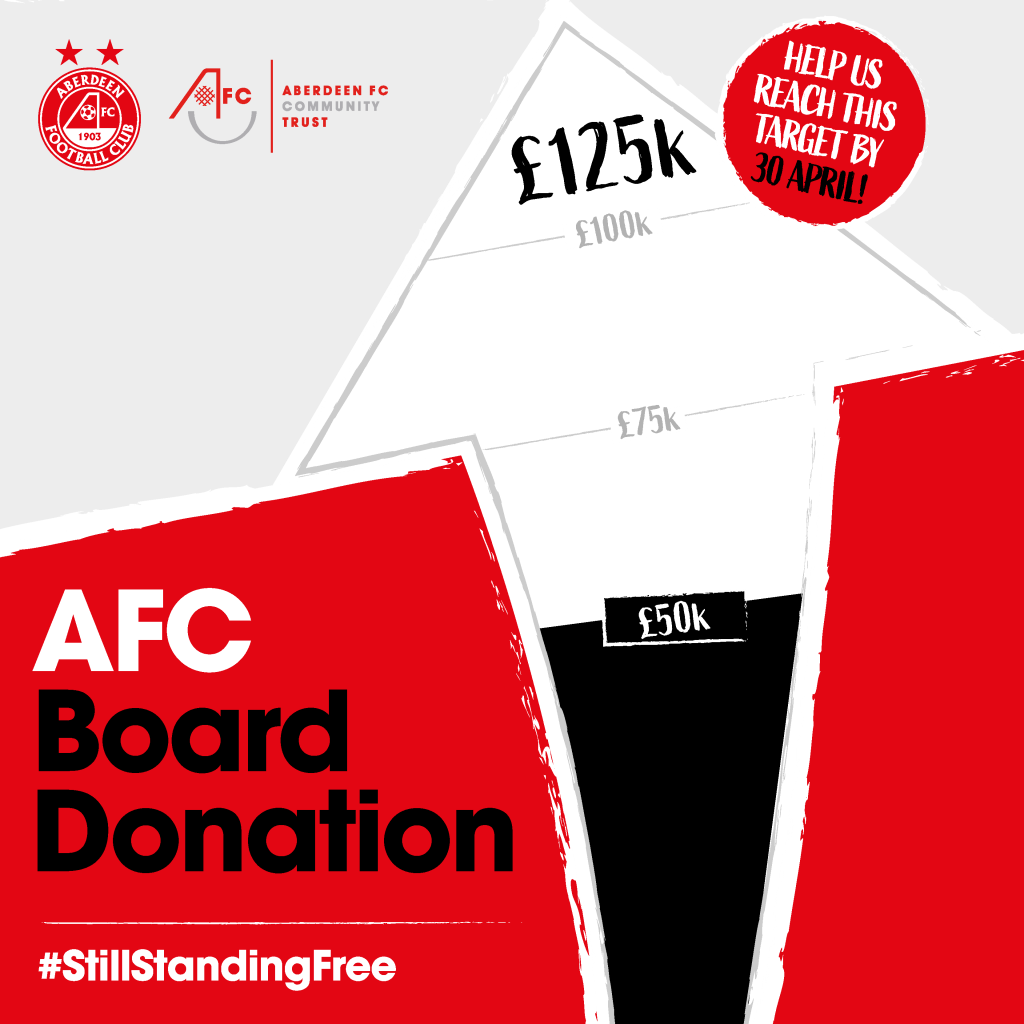 AberDNA is our membership scheme which entitles members access to exclusive events and experiences and a multitude of benefits at the same time as directly supporting the Football Operation.

With a 90% renewal rate since its inception, we’ve got around 6,000 members and are aiming to grow this over time with your support. AberDNA is here to stay and will play a significant part in our journey towards becoming a more successful and sustainable Club.

Last month, our Chairman, Dave Cormack, outlined the importance of AberDNA to AFC: “Football success is our number one priority. We are the fifth best supported team in Scotland in terms of attendances and season tickets with the third largest football budget.

“Season tickets deliver around £2 million a year in income, with walk-ups and away fans contributing £1 million, and AberDNA about £1 million. In total, that’s almost half the football budget.”