2014 League Cup Winning Team | Where Are They Now? 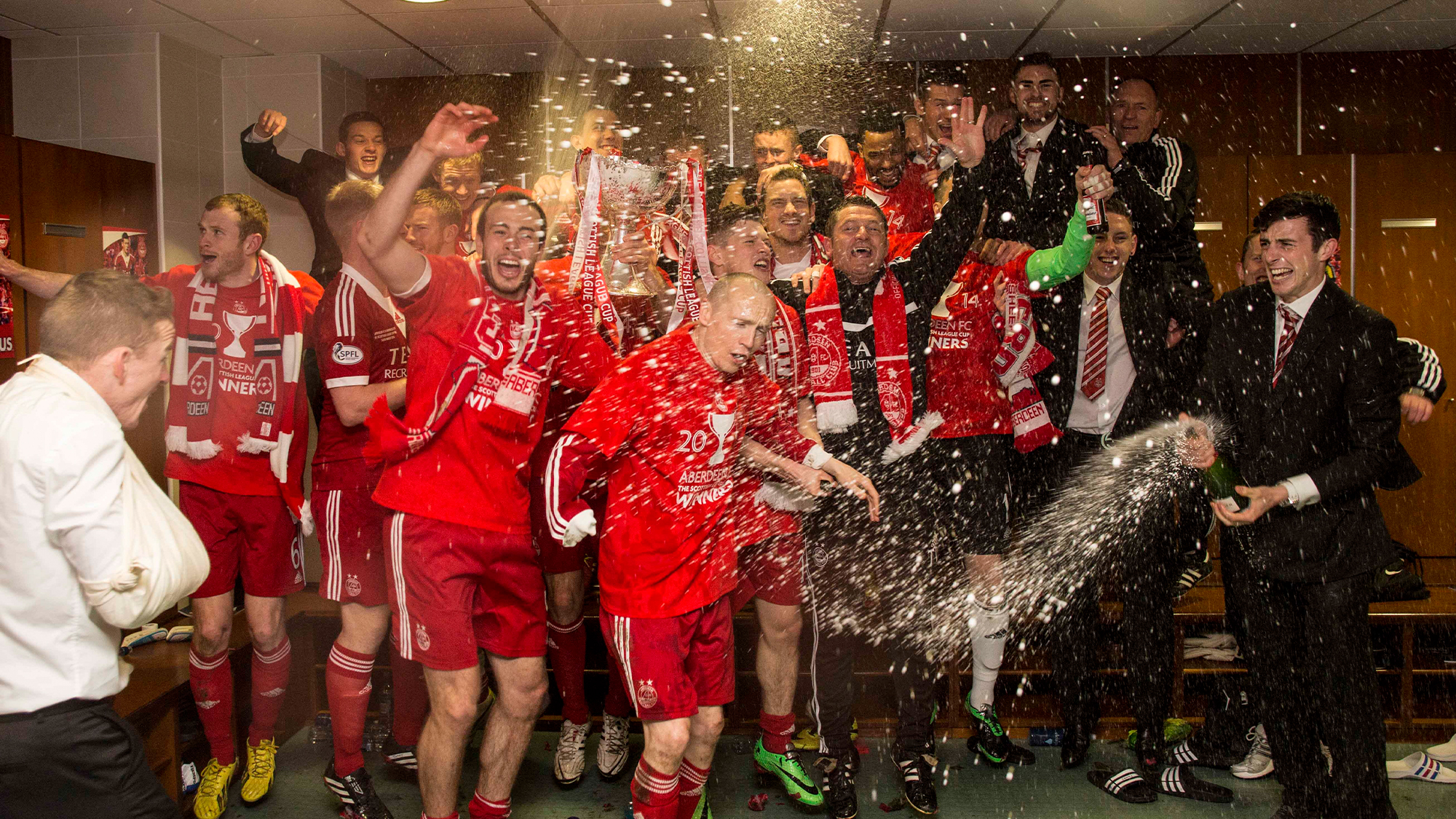 The 16th March 2014 will live long in the memories of Aberdeen fans as The Dons claimed the League Cup after beating Inverness in a dramatic penalty shoot out at Celtic Park. Over 40,000 Aberdeen fans descended on Glasgow’s East End to see The Dons claim their first piece of silverware in 19 years.

Here we look back at the Aberdeen team that day and see where they are now. 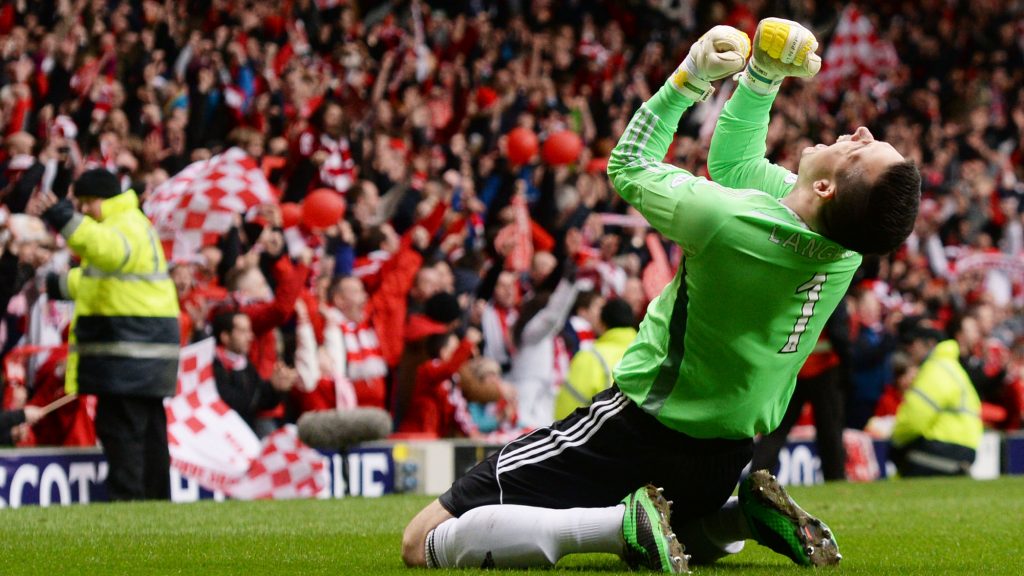 Jamie spent 11 seasons at Pittodrie and was awarded with a testimonial match against Brighton in 2015. He left The Dons the following year to join his hometown team, St Mirren, where he is now the goalkeeping coach.

Joe Shaughnessy’s red card early in the quarter-final left a gap at right back and it was filled by a new signing.

Shay incredibly made his Aberdeen debut in the League Cup semi-final after joining on a loan deal from Brentford, linking up with former teammates Willo Flood, Niall McGinn and Nicky Weaver, before going on to lift the League Cup. He went onto make his deal permanent that summer and has now made onto make over 250 appearances for the club. 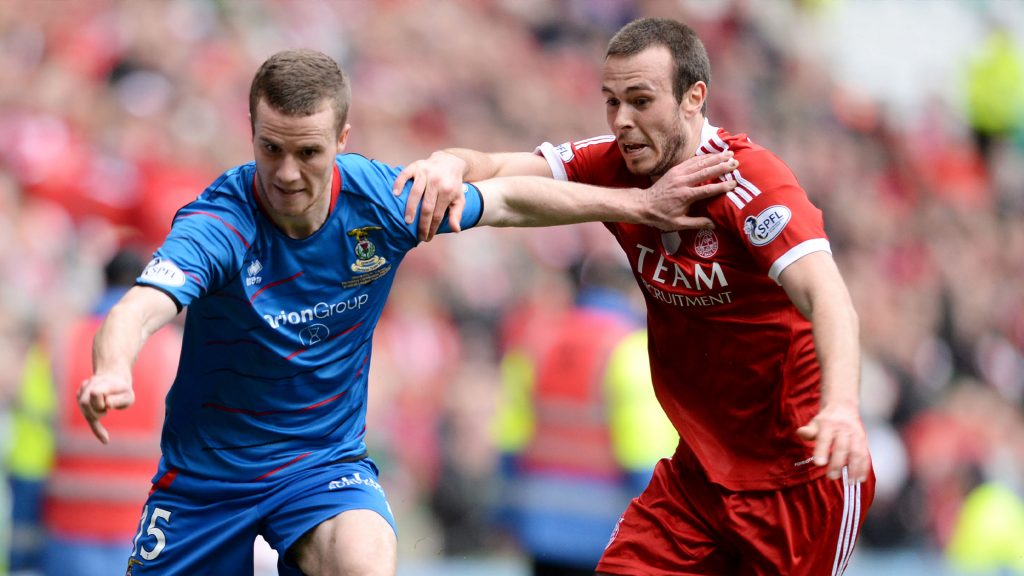 Mr consistent had made an emotional return from a horrific leg break in our memorable quarter-final victory over Motherwell when he came off the bench to score the opening goal. Andy still says was his favourite Aberdeen game. The defender was replaced after 108 minutes by Scott Vernon in the final as manager Derek McInnes prepared for penalties.

Still a regular on the team sheet, Andy this season made his 500th appearance for the Dons.

A product of the AFC Youth Academy, Ryan was one of four of the field that day, he played the full 120 minutes in the final as he helped The Dons to victory and helped the defence limit any real  chances for the opposition on the day. The midfielder went onto play 250 games for The Dons before departing Pittodrie in the summer of 2017 for Ibrox. 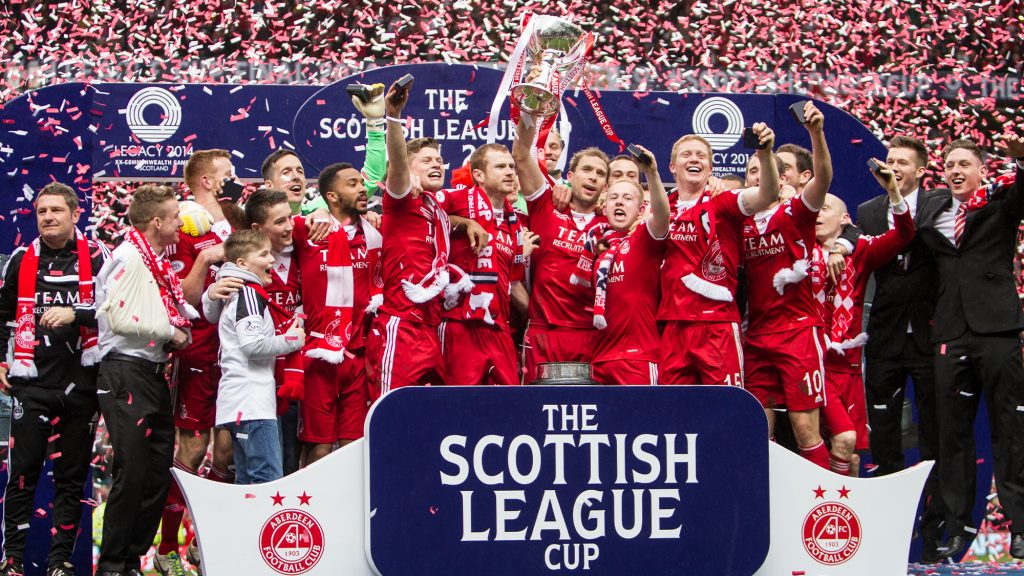 Russell was immense that day as he marshalled The Dons from the back. A local boy, no one could begrudge him lifting the trophy aloft at Celtic Park. He was very unlucky not to score in the final when his volley came back off the post.

Russell stayed with The Dons until 2015 when he announced his retirement from the game. He now works as an Independent Financial Advisor. 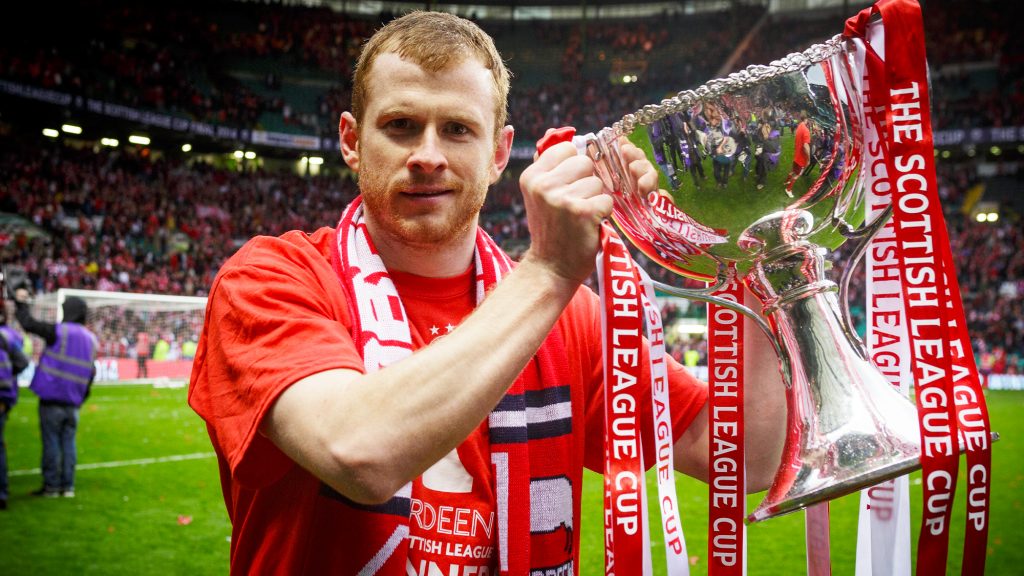 Scored the winning spot kick in the penalty shoot out against Alloa earlier on in the competition.

Mark played the full 120 minutes at Celtic Park that day as he helped The Dons to secure their first major trophy in 19 years. He was appointed vice-captain of the club and during extended periods of injury to captain Russell Anderson would wear the captain’s armband.

He joined Dundee United on a loan deal in January 2019 and agreed a permanent transfer to Tannadice in April of that year. 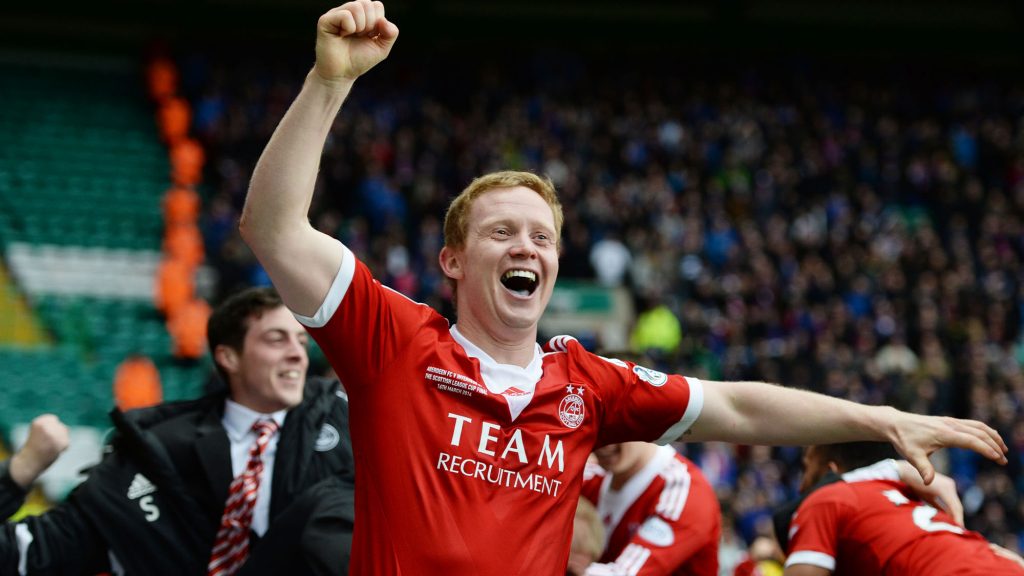 Barry had joined his hometown team at the start of that season having enjoyed a successful club and international career and he scored the opening penalty for The Dons in the shootout.

He would play for two more seasons before announcing his retirement at the end of the 2015/16 season. Barry stayed with the Dons in a coaching role. This season he led the U18s to the SFA Youth Cup final and they sit top of the Club Academy Scotland U18 League.

Willo had been one of Derek McInnes’ first signings the previous summer when he took over at Pittodrie. The Irishman played a key role in helping bring silverware back to Pittodrie. He made over 100 appearances for the club before leaving in the summer of 2016 to join Dundee United.

He has now retired from the game and is working as a football agent. 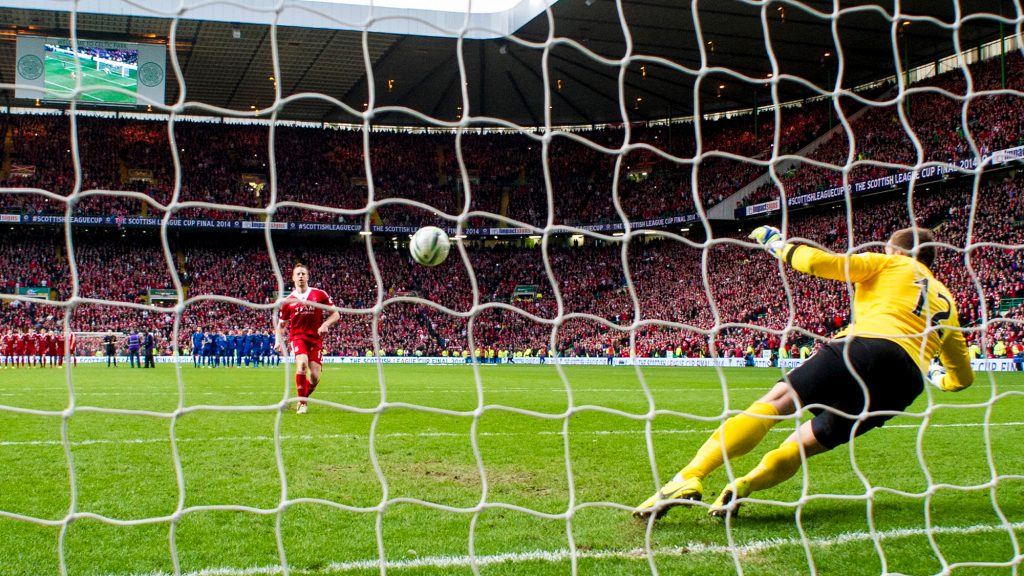 The man who scored the winning penalty that day.

Adam had only joined the club a few months earlier in the January window and had an instant impact at Pittodrie with his natural ability in front of goal.

A hugely influential figure throughout his time in the North East, Adam left in 2018 to join Salford City after scoring 88 goals in 197 appearances for the club. He joined National League side Solihull Moors earlier this month.

The Northern Irishman played the full 120 minutes at Celtic Park that afternoon. Niall has had a successful career with The Dons and at international level with Northern Ireland where he scored in their 2-0 victory over Ukraine at Euro 2016.

Niall left Pittodrie in the summer of 2017 for a brief stint in South Korea with Gwangju but returned to Aberdeen on the 1st January 2018. Earlier this season he made his 300th appearance for the club.

Sadly Jonny’s cup final experience lasted only five minutes after he injured himself in the opening stages of the match with his former club.

The Irishman was a significant figure during his time with the club, none more so that during the run to the final. He scored the opening goal in the 2017 Scottish Cup final defeat to Celtic before joining the Parkhead side later that year. 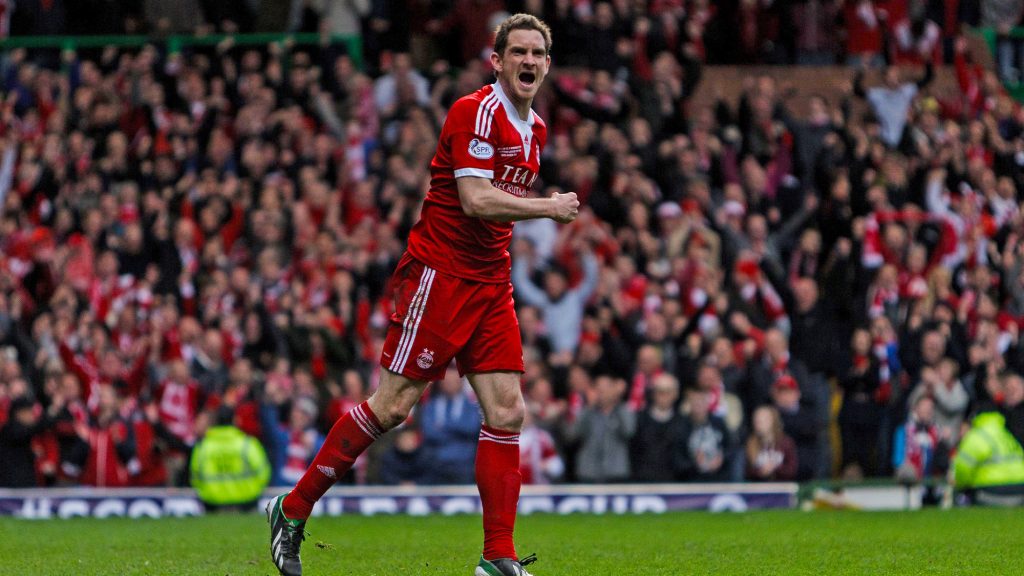 The big striker came on as a late substitute in extra time and scored a superb penalty in the shootout. Also came off the bench to score a hat-trick against Falkirk in an earlier round.

After scoring 44 goals during his time at Pittodrie, he left the club later that year to join Shrewsbury Town. He went onto join Grimsby Town and is currently with Cleethorpes Town in the Northern South East Division. 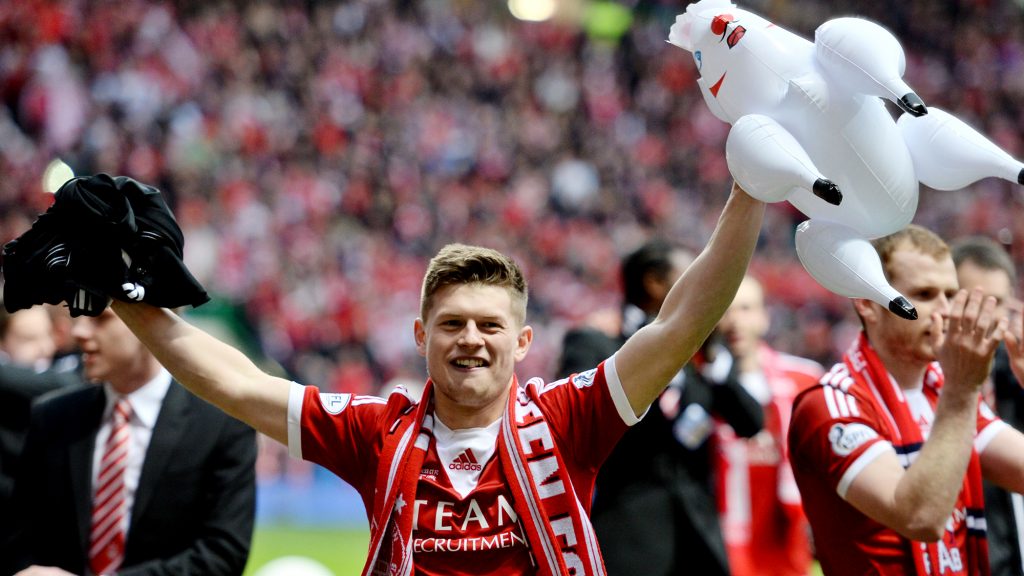 The Aberdeen born attacker came on as an early substitute for Jonny Hayes in the final and was replaced by Nicky Low later on in the second half, but certainly did his bit to help the team that day.  Also played really well in that win against Falkirk.

Cammy would play 89 times for his hometown team and scored four goals. He has had two spells with St Mirren and Dundee United and is currently on loan with League of Ireland side Dundalk. 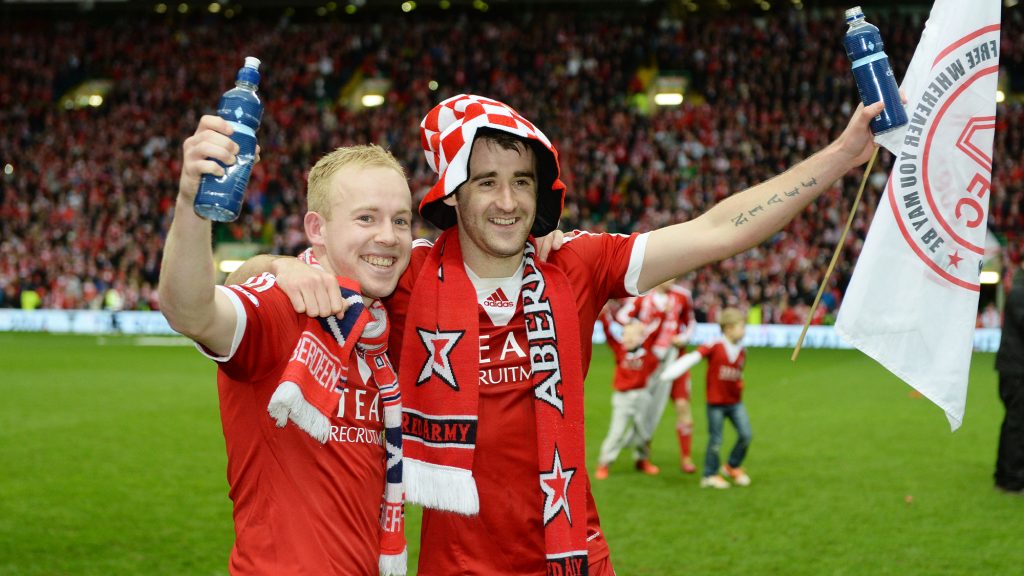 Came on as a second half substitute for Cammy Smith at Celtic Park. Nicky had a chance to win it in normal time when he took a free kick as he was so good in dead ball situations. He did though score the Dons second penalty in the shoot out as he helped the side to silverware.

A product of the club’s youth academy, he joined Dundee in 2015 and has had spells with Derry City and Queen of the South. He is currently with Lowland League side East Stirlingshire.

Our backup goalkeeper that day retired from football at the end of that season and took up a coaching role with his former club Sheffield Wednesday.

The centre back joined the Dons on loan in the January transfer window from Swansea City. He played eight times during his spell at Pittodrie before retiring from football in 2016. He is currently a first team coach with Swansea. 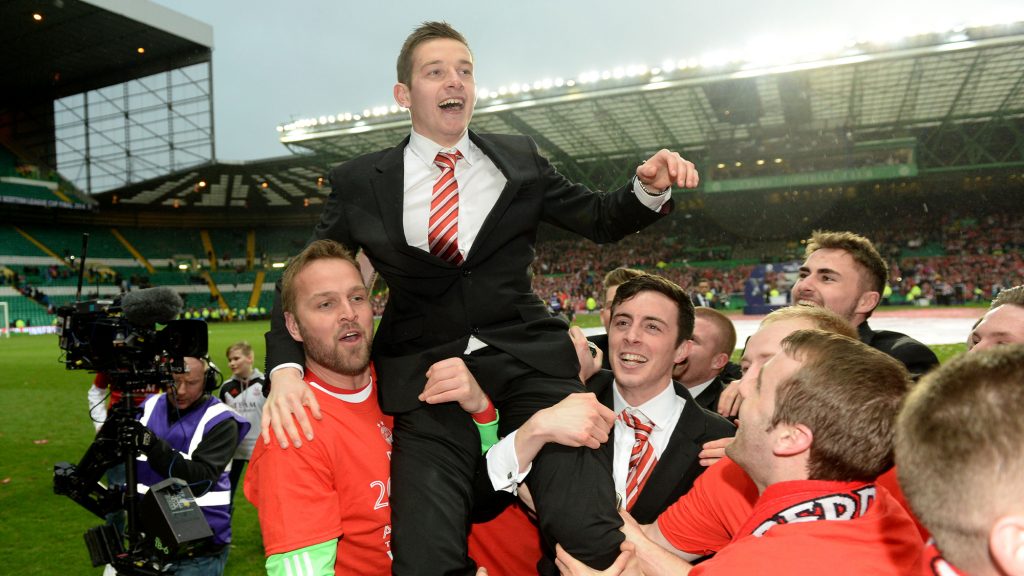 The attacker needs a mention for his influence on the side that season.

Sadly he did not play at ParkRed due to injury but did manage to get a tune into the charts. Every cloud…