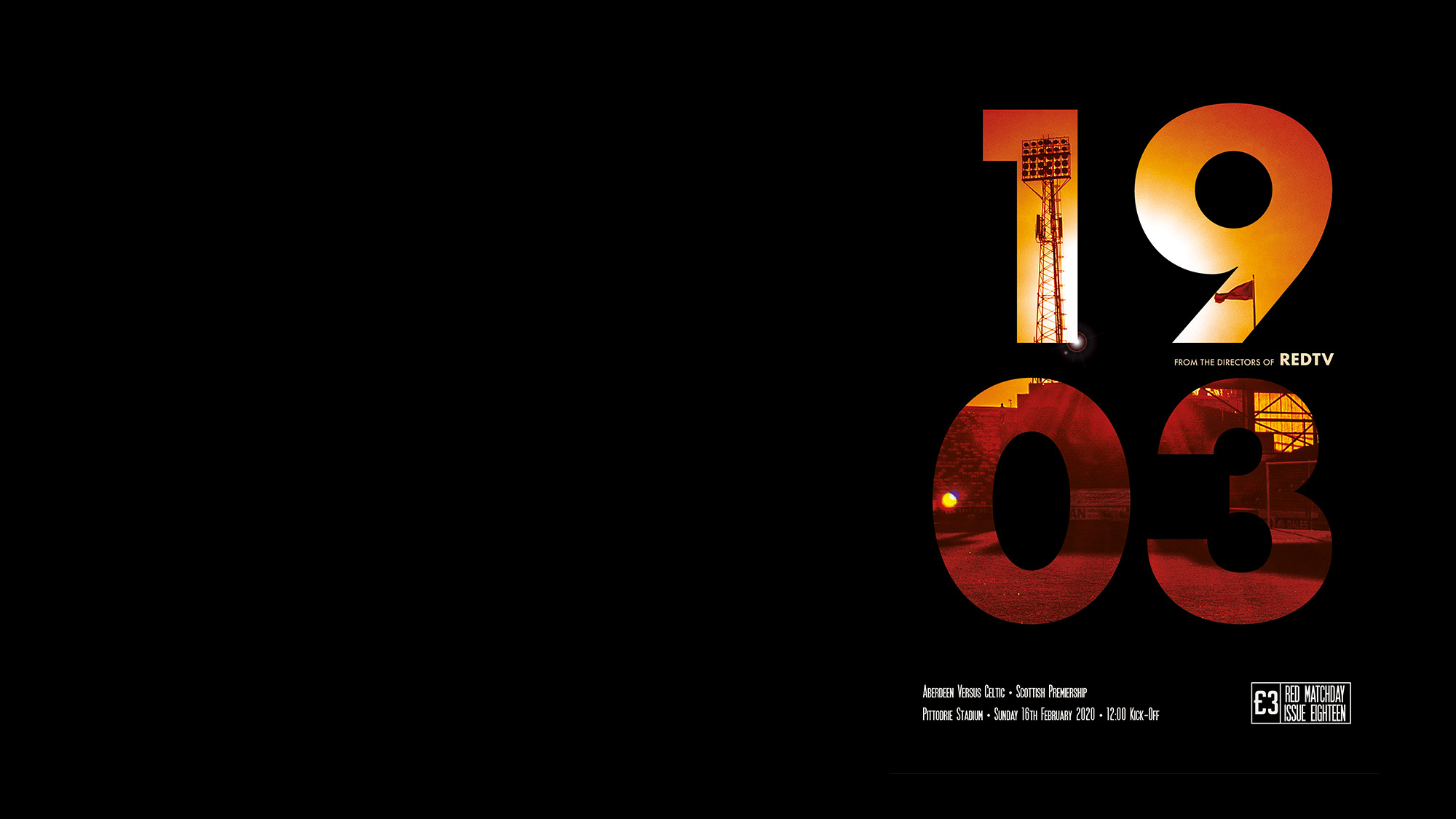 The Main feature this week is with Scott McKenna

With the games coming so thick and fast at present, it’s hard to keep up with it all and, somewhere in the mix, we neglected to make much fuss of the fact that Scott McKenna has joined the Aberdeen centurions club, playing his 100th game for the Dons.

That milestone came up on Boxing Day, a reminder that Scott is still at a relatively early stage in his career, one where he is still learning the game. On that basis, it’s been a mighty impressive start given that he is now an established member of the Scotland squad as well as a fixture in the Dons’ defence that has been so resolute this term.

The fact that Scott continues to win plaudits for his performances says plenty for his quality because it hasn’t been the easiest season for him, as the big centre-half explains.

“Personally, it’s been a bit of a frustrating season. When I came back from my injury, after about six weeks out, I was probably too keen to get playing again. I picked up a problem in the Hibs game, I wasn’t sure about my hamstring after that and it wasn’t really right until the start of December.

“I was struggling for a couple of months to get back to full fitness. I was playing, but I couldn’t get back to the level I wanted because I had that in the back of my mind. My right foot’s not my strongest anyway, but if the ball was coming to me there, I was scared to swing a leg at it in case it triggered something. The same with sprinting, I didn’t want to go flat out just in case, so that was a problem. That’s behind me now and I hope I can have a consistent run to the end of the season. 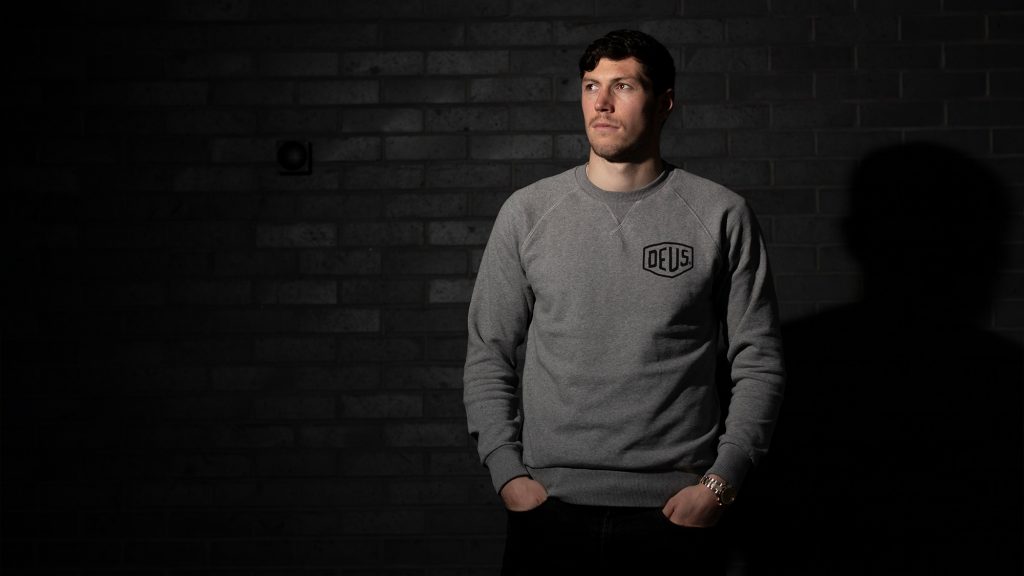 The Q&A is with Niall McGinn

Best moment on a football pitch?

Scoring at the European Championships in the summer of 2016. I scored the second goal late on in the game against Ukraine. It was such a great feeling for a number of reasons. I was disappointed I did not play in the first game but I knew I had a chance of being involved in the second match because the manager changed the formation. He went to a 4-5-1 or 4-3-3.

I was just so happy to be on the pitch and I never thought in a million years that I would score. To score in a major tournament for your country is just incredible. The goal in the end also meant that we got beyond the group stages because it went down to goal difference.

I thought I played a pivotal part in the build up to the Euros as I scored a couple of important goals in the qualifying games. I also chipped in with four or five assists. I thought I did well to help the team.

Favourite goal you have scored?

The goal I like most was the one I scored against Hearts at Tynecastle. I won the ball deep in our half and then we cleared it. I made a good run and picked the ball up in the corner, nutmegged their defender before coming inside. I sent Paterson for fish and chips and then put the ball past Neil Alexander. I could name nine or ten goals that I like, but that one is my favourite.

I have been quite blessed because I have scored some very good goals for Aberdeen. I am up for goal of the season every year, but I have yet to win the award! The year of the Hearts goal, Jonny scored against Celtic and won it, but I still think my goal was better!

It would be nice to win one award one year! 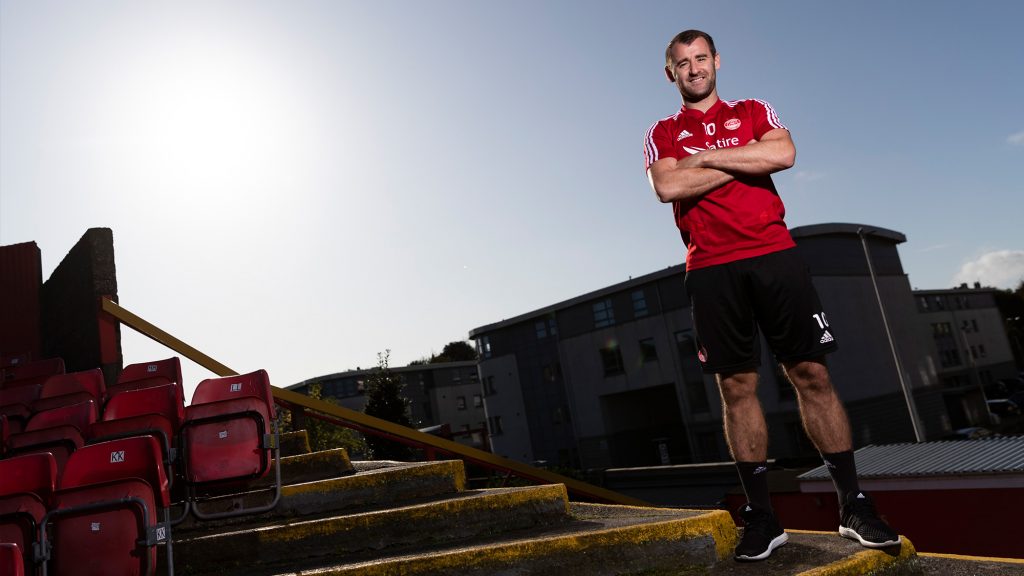 It is a big few weeks for the Development squad as they have a Reserve Cup semi-final against Motherwell (Monday 24th February at Broadwood), while the U18s also have a semi-final to look forward to, against Rangers in the SFA Youth Cup (Friday 21st February at Cove). Having lost in the final and then the semis in recent seasons in this competition, there is a real belief that Barry Robson’s talented squad, who remain unbeaten this season, can go that one stage further this year.

We previewed the game with young midfielder Max Barry who has been in fantastic form and is an ever present this term, after a frustrating time last year.

“In my first year as a full-time professional it was very hard to start with because I got injured for seven months. It was so tough seeing the boys going out to train while I was just sitting in the changing room not able to do anything.

“Thankfully, that is all behind me and I am not feeling anything from my injury. So this is my first season that I have really got going and it has gone really well from both a personal and team point of view. 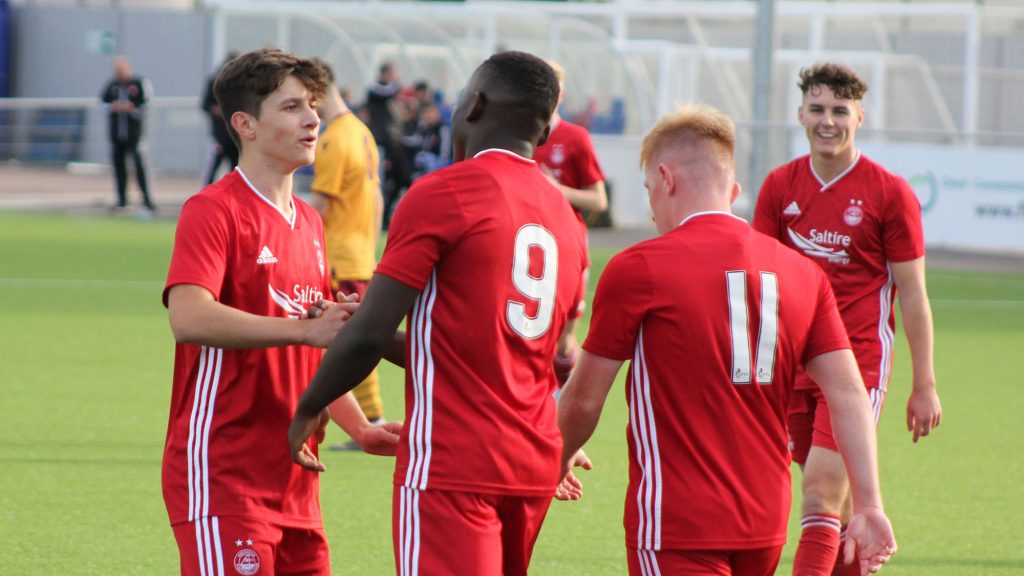 A familiar face signed on at Aberdeen FC Women ahead of the new season as former Aberdeen Ladies player Beth McPherson arrived from Forfar Farmington.

The midfielder spent last season in the top flight with Forfar and she is a player that manager Emma Hunter knows well.

“I’ve known Emma for years – she was my coach in the first team I played for,” recalls Beth. “I started off at Westdyke in 2010 and I was there for five years with Emma.

“We’ve maintained a good relationship and contact through the years so when Emma became coach here, it was obviously an attraction. At the end of last season we had a chat about making the move and I’m happy it went through”. 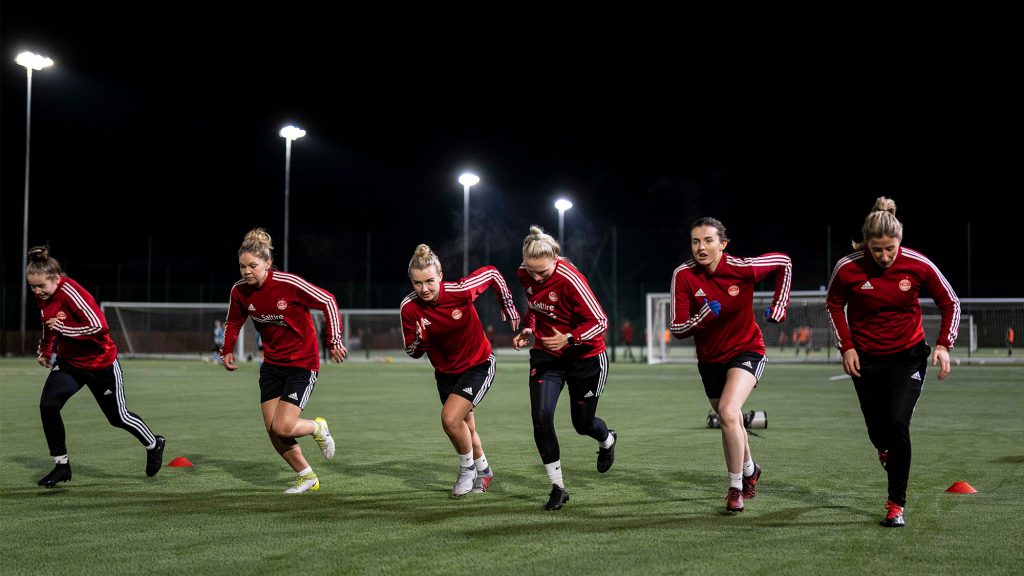 For those who have not seen it yet, it is based in part on an account told to Mendes by his paternal grandfather, Alfred Mendes. The film tells the story of two young British soldiers during the Great War who were ordered to deliver a message calling off an attack doomed to fail, soon after the German retreat to the Hindenburg Line during Operation Alberich in 1917. This message is especially important to one of the young soldiers as his brother is taking part in the pending attack.

There’s no avoiding the fact that Aberdeen Football Club came very close to going out of existence during the Great War and eventually had to pull out of the league in 1917, though looking back, it is incredible to think that football continued during the conflict. Even in the seasons leading up to the War, the Dons had been on something of a slide after their title challenging team from the end of the first decade of the twentieth century had broken up.

Hot on the heels of the declaration of war in July 1914 the Dons opened the season well with an away win over derby rivals Dundee in front of 10,000 spectators. It is hard to tell just how much of an impact on crowds the early stages of the War were having, especially as the Dons would have lost their pulling power somewhat because of their poor form in previous years. However, there were already pressures arising to have football ended for the duration and even more demands for professional players to give up the sport and enlist in the armed forces.

Players did begin to drift away from the club to join up – some were already reservists – but to begin with it was more of a trickle than a deluge. However, by the end of the war, the records would show that a total of 33 players and staff at AFC went into the military or some other form of War service, including eight who died in the line of duty.

The Club struggled on in the face of tremendous travel difficulties and the constant battle to find enough players to make up a team. Reserve football had pretty much fizzled out in 1914/15 and the demand to watch wartime football had fallen away dramatically with so many menfolk away from home.
The wonder is that the Dons had managed to continue for so long. The club gave in to the inevitable and played their last League game at Morton on 28th April 1917. Those left at the club in 1917 would dedicate their time to the war effort and minor football. Pittodrie closed its doors and braced itself for the end of the Great War.

Aberdeen, along with Dundee and Raith Rovers, had no option but to withdraw from the league until the end of hostilities. But at least the decision held out hope for the future. Had the club ceased playing two years previously, they would have been left out in the cold. Now, they knew that they would be welcomed back when the time came.

Between 1917 and 1919, there was no competitive football played in the northeast of Scotland. After they withdrew from the League for the duration of the War, they thereafter played only a handful of games – usually for Wartime Charities – until the War ended and they returned to League duties in August 1919. 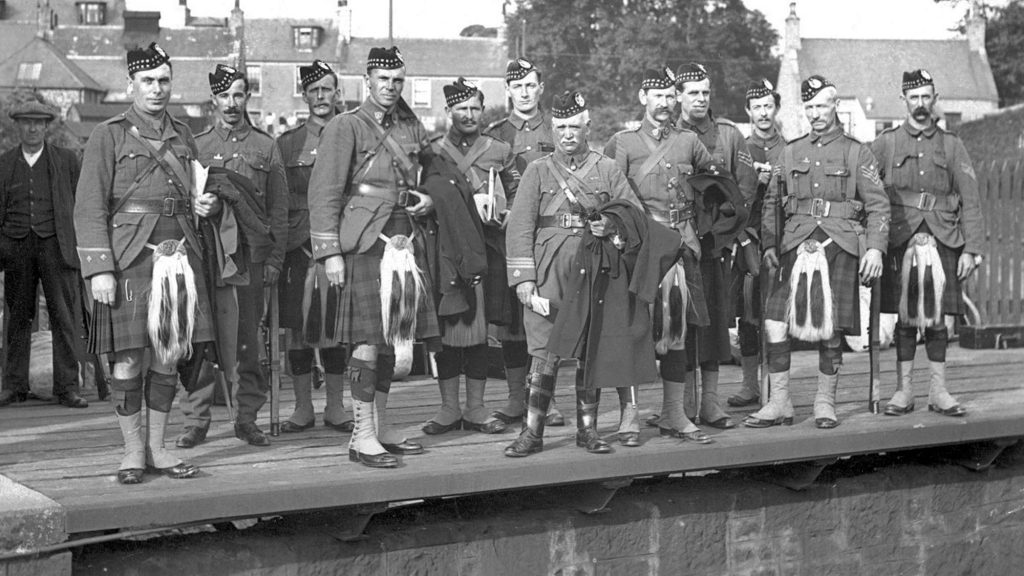 Plus all the usual history features which includes a look back at the 1980 – which saw the Dons emerge from a harsh winter to become league champions.

The story of how Aberdeen clawed back a huge points deficit from rivals Celtic has been well documented in the past. How Aberdeen achieved it was one of the most significant stories in not only Aberdeen FC’s history but in that of Scottish football. To crush the Glasgow dominance was one thing but to win twice at the home of your biggest rivals within the space of two weeks was something else.

Looking back, it’s clear that Celtic had become complacent, safe in the knowledge that Aberdeen had to win both league matches at Parkhead in the closing weeks of the season after the wretched winter had determined that Aberdeen would have to visit Celtic twice in as many weeks. Surely the Dons could not pull off such a feat?

As well as the two away games, we recall all four league games that season. 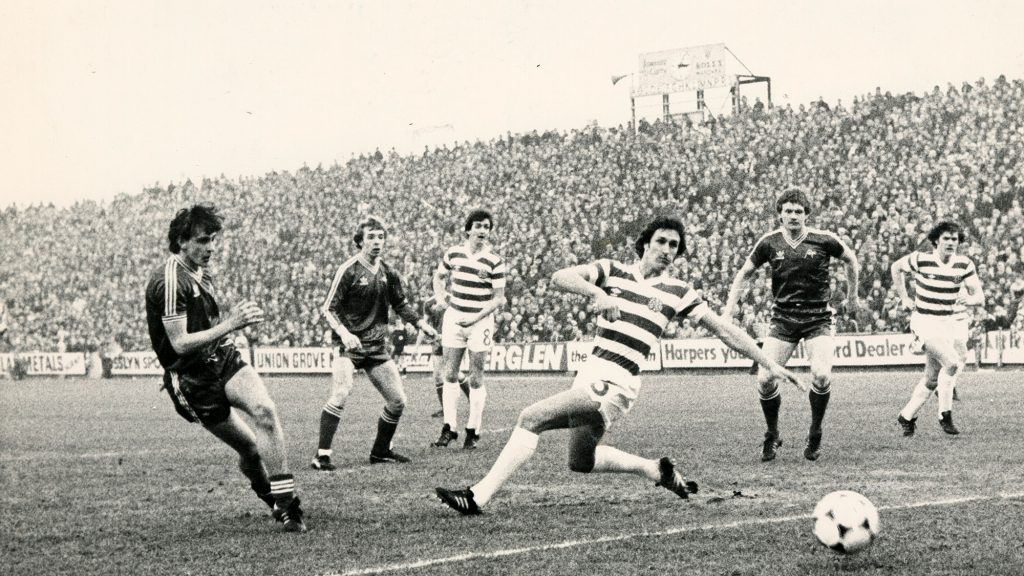 Red Matchday is priced at £3.00 and is available to buy in and around the ground, in the club shop and online by clicking here

Fans offer feed-back ahead of 20/21 season

Fans offer feed-back ahead of 20/21 season