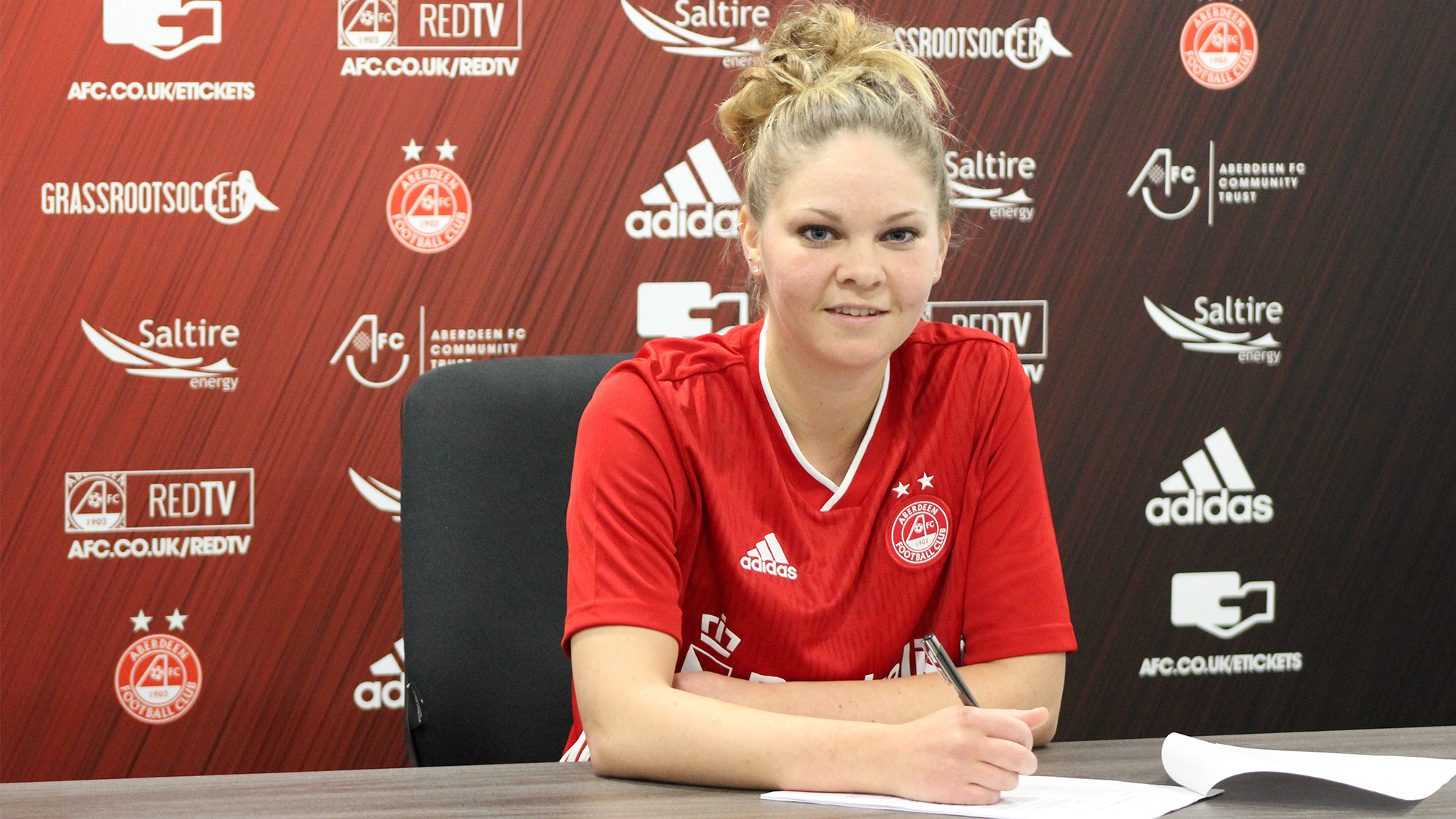 The 2020 season had a false start last weekend thanks to Storm Ciara as Aberdeen FC Women had their Scottish Women’s Premier League Cup game against Stirling University postponed. This Sunday, the girls will meet Hearts at home in the same competition. Kick off at Cormack Park is at 4.00pm.

And Emma Hunter has added a fourth new face to her squad ahead of the upcoming season with the signing of former Hibernian forward Zoe Johnstone. The 26-year-old returns to the North-East having spent the last two seasons at Spartans. 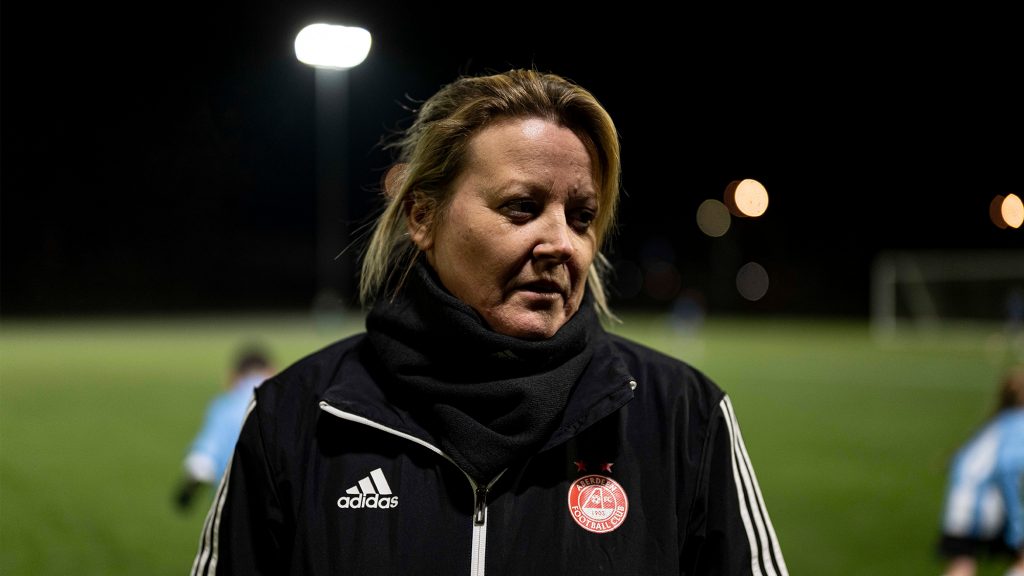 “We are delighted to sign Zoe this season and a player who really fits in with our team values and philosophy.

“When she arrived you could see that she hadn’t played for a while, but she has worked really hard to get fit and to be honest we seen huge improvements in the short pre-season we have had and that is credit to Zoe.

“She is a great role model to have around for some of the younger players and has a lot of experience in playing in the top leagues.

“Again we add more depth to our squad, which will be vital in this long season in very competitive division and she will play a very important role in our squad and can’t wait to see her continue to develop with Aberdeen.”

Zoe spoke with Mark Gordon this week and starting by explaining her reasons for signing:

“My partner switched jobs and moved up here so I that is why I moved back into the area. I’ve been here from the start of pre-season and it’s been really hard work, especially after two months off. We’ve been working hard and I’m looking forward to getting the games started”.

Although Zoe has spent much of her football life away from the North-East, she began her playing career in the Granite City.

“I’m from Forres and played youth football in Aberdeen before playing for Inverness for a wee while. I went down south for University and joined Hibs and played there for my whole time at Uni and when I finished, I moved on to Spartans for the last few years”.

There are a few familiar faces in the Dons squad from Zoe’s time as a teenager, she had also played against a few of her new team-mates before last season cup match between her new team and former side Spartans.

“I knew a couple of the girls as I played with them when I lived in Forres, so it would’ve been under 15s to 17s and I played against Carrie Doig and Natasha Bruce. I knew about them and I also knew Loren Campbell and a few others from when I was at Hibs and we played against Aberdeen when they were in the Premier League”.

Zoe admits that she didn’t know too much about the Dons team before she faced them in last season’s Scottish Cup tie which Aberdeen won. 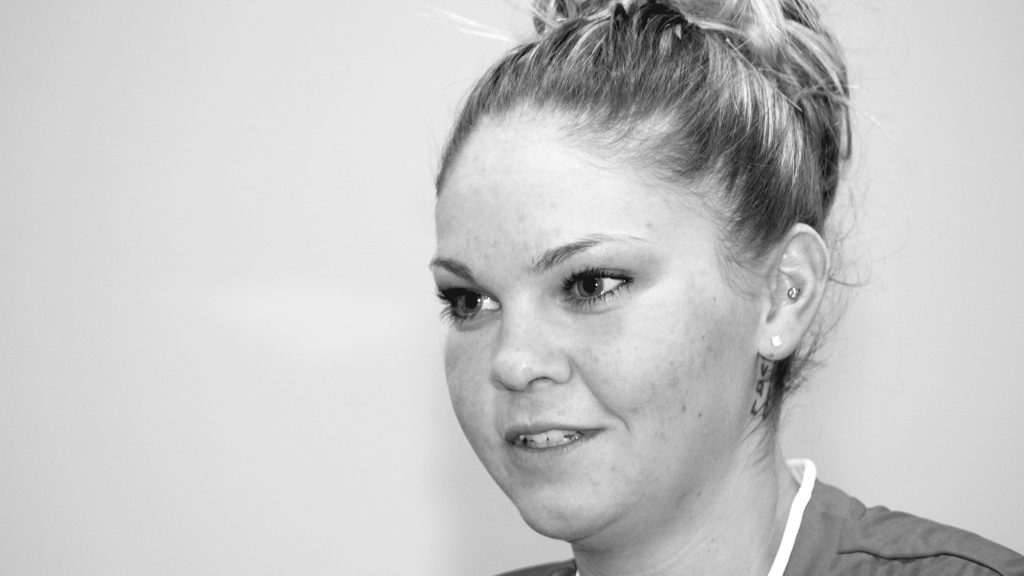 “I knew about them after they beat us! I didn’t know much about them until the cup game and it was a surprise to me how good they were. I think a lot of the younger players were a surprise, the manager had gone over who to watch out for and we knew they had been winning a lot in their league. I think we underestimated just how good they were going to be”.

The standard of the Dons players has continued to impress Johnstone since she joined up with the squad.

“The quality of players has been a surprise since I got here, especially with the younger players. The attitude of the younger players too, you would maybe expect the really young ones to have a bit less drive but they are just as ambitious as anyone else. The older girls are really good as well, there’s a good mix in the squad. The work that goes on behind the scenes has been nice as well, we have meetings every week and the club values and the fact everyone knows them and works towards them is good to see”.

Despite only being 26-years-old, the forward finds herself being one the older players in the Dons squad and Johnstone has been as impressed with her younger team-mates’ attitude off the pitch as she has been with their ability on it.

“It’s weird going from being a younger player to being one of the older ones but the young players here are all really mature. They don’t feel younger, the way the handle things and even the way they talk, they all have football brains and they are genuinely interested and not just playing for fun. If I was to guess some of the ages of the youngest players, I would have had them all as being older than they are”.
Johnstone also hopes her experiences with her previous clubs can help her to pass on some experience to the younger members of the Dons squad.

“I think sometimes you hear yourself saying something at training or during drills and you think ‘that sounded so old’. I’ve noticed some of the other older players here doing it and the younger players seem to respect what the older ones say.

“I think I learned a lot when I was at Hibs, as I was a young player when I was there. I was learning from some really good older players and the coaches there really helped me develop as well and I’ve taken what I learned from them on to Spartans and now to Aberdeen”.

Ahead of the season kicking off Johnstone’s personal goals for the season are just to help her new team.

“I know now what this squad is capable of and I’m excited for the season as I think this team can achieve a lot”. 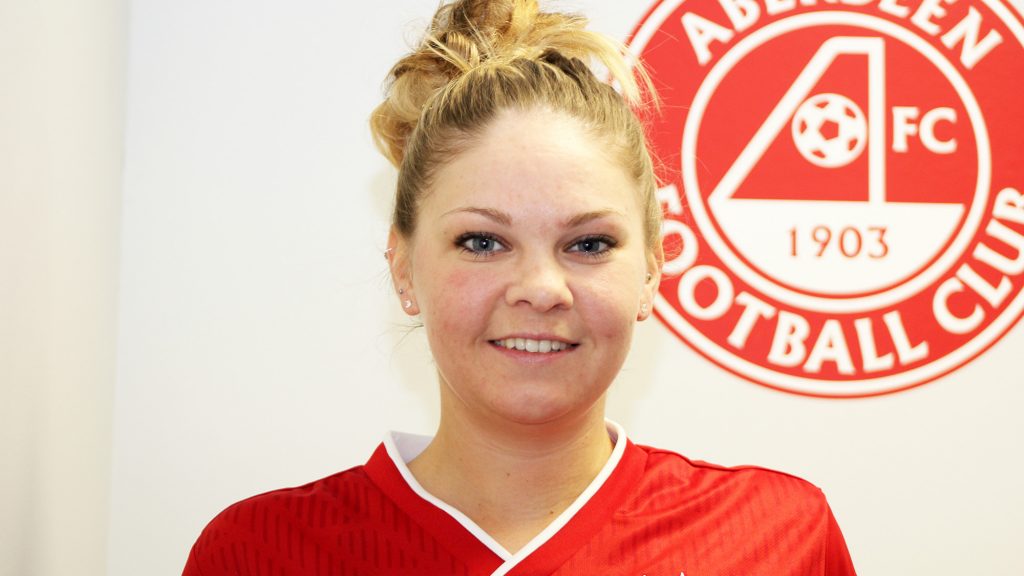