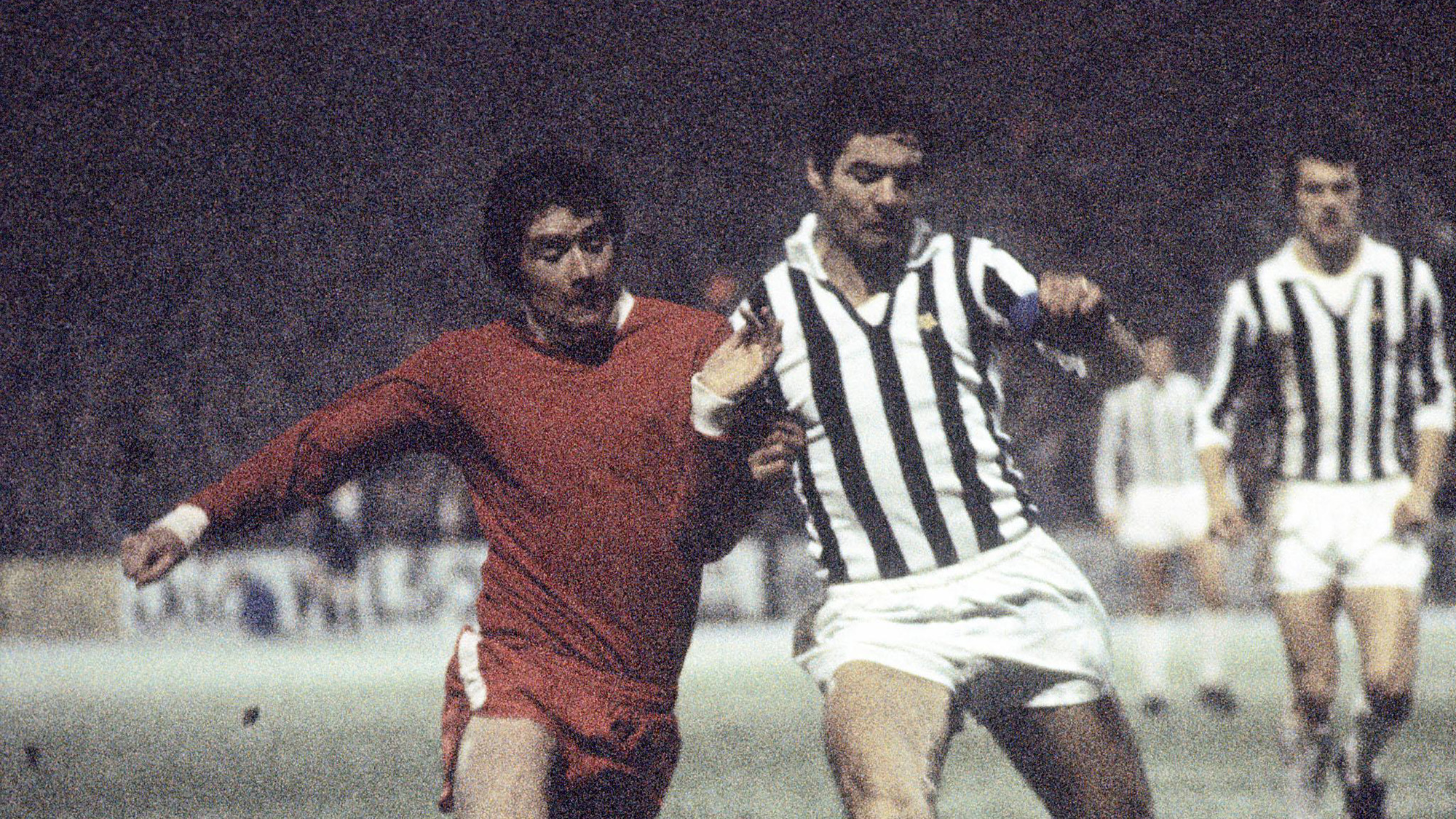 It is 15 days until the Dons are back in action as they begin another European adventure.

Pittodrie has hosted some great European occasions ever since Aberdeen first entered European football in 1967. The Dons history has been defined by what they have achieved in Europe. The only Scottish club to have two European titles to their credit, the Aberdeen record in Europe is unrivalled and the envy of many.

Over the next two weeks the Red Matchday team look back at ten of those balmy European nights at the old stadium. Nights that will never be forgotten. 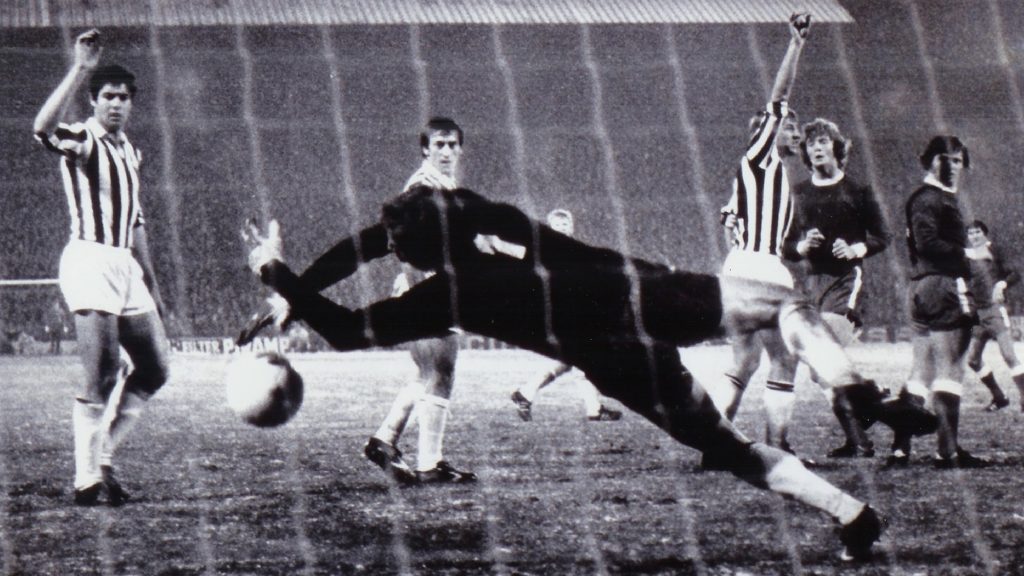 It is not often that the most expensive assembled team in the world come calling with the world most expensive player, but back in 1971, Aberdeen drew a plum tie when they came out of the hat against Italian giants Juventus in the 71 UEFA Cup.

In the first ever season of the new UEFA Cup which replaced the outdated Inter City Fairs Cup, the Dons did well to get past a tough and brutal Celta Vigo side in the opening round.

While it was expected that Aberdeen could have earned a far easier draw, there was no respite for the Dons as they came out against tournament favourites Juventus when the draw was made in Belgrade.

Immediately there were doubts over the dates of the two ties. As Juventus great rivals Torino had also been drawn at home in the ECWC against Austria Vienna, that tournament took preference over the UEFA Cup and initially it was thought that Aberdeen would have to play the first game in Scotland and not Turin.

Torino of course shared the Stado Communale in Turin and they took delight in the Juventus predicament. For their part Aberdeen were having none of it and chairman Dick Donald categorically refused to switch the first leg to Pittodrie which would have provided a remedy to the fixture chaos. Aberdeen were determined to play the first game in Italy and hope to still be in the tie when the teams returned to Scotland.

But UEFA then stepped into the wrangle and ordered Aberdeen to switch the tie. Aberdeen immediately responded with their own protest and for once UEFA relented by declaring that the ties could be played as drawn if both clubs could agree on a suitable date. 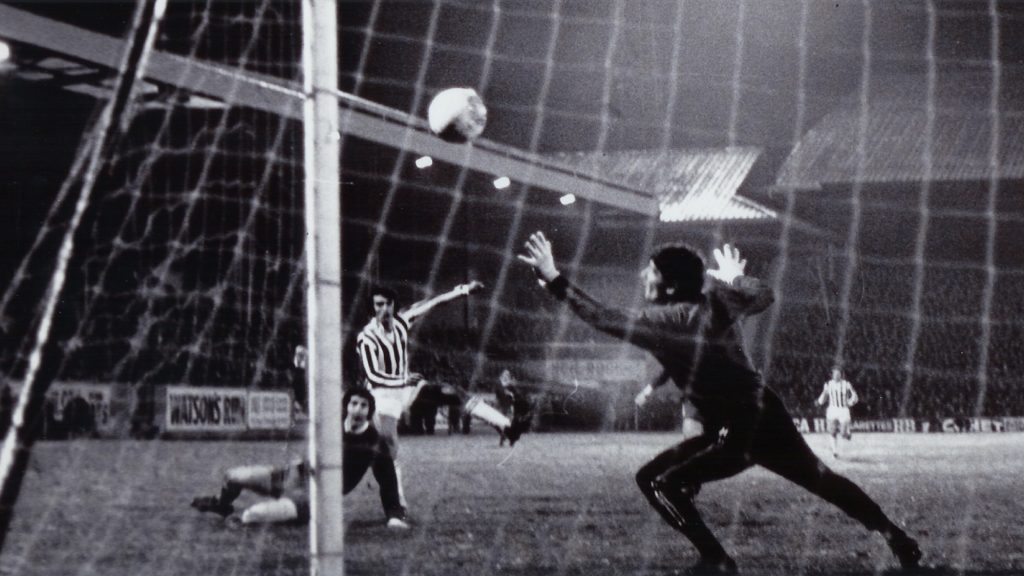 Aberdeen then offered three different dates to the Italian club which were all turned down by Juventus as ‘unsuitable’, which meant that the first game was indeed coming to Aberdeen.

Chairman Donald was still not happy at the Italian reluctance to accept any of the dates given, so the Dons enlisted the help of the SFA and finally UEFA ruled that the first leg would be played in Turin on October 27th 1971.

With all the pre-match aggravation relations between the clubs were strained and as the Aberdeen party touched down in Turin they were not met by any officials from Juventus at either the airport or the hotel on their arrival.

There was perhaps far less pressure on the Dons as they were not expected to take anything from Turin as Juventus were riding high at the top of the Italian league. A 2-0 defeat was certainly no disgrace.

The Pittodrie return attracted a huge crowd, on a rock-hard surface the Dons looked to unsettle their more illustrious visitors.

Despite being two goals behind, Aberdeen at that time were formidable opponents at Pittodrie. Juventus came to Scotland to defend deep and give Aberdeen no space to create any openings; their man for man marking was taken literally as the likes of Joe Harper could recall; “The Italians were typical of the time, nipping away and up to all sorts of tricks.”

In an even first half the Dons gave as good as the got but chances were rare. When Anastasi broke clear in 50 minutes his clever finish put the tie beyond Aberdeen.

With a proud home record to defend the Dons came back and when Joe Harper’s marvellous header found the net in 77 minutes it was no more that Aberdeen deserved. 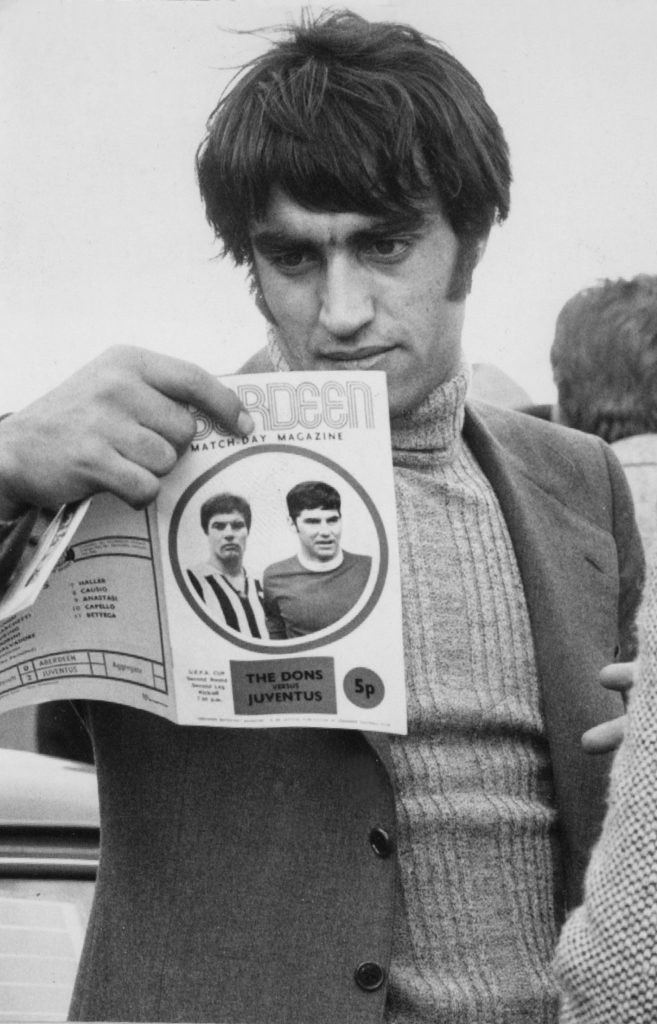 At £440,000, Pietro Anastasi was the most expensive footballer in the world at the time.

For the tie against Juventus the Dons produced a special edition of their popular ‘match magazine’ and copies were ready well in advance, including one for Anastasi.

Pietro played 25 international matches for Italy between 1968 and 1975 and scored eight goals. At a time when there were not so many international games, it is a pretty good record but he was unlucky as an injury prevented the striker from playing in the 1970 World Cup Finals in Mexico – a time when he was arguably at the height of his career. Anastasi did participate at the 1974 FIFA World Cup, scoring one goal against Haiti and before that was part of squad that won the 1968 UEFA European Football Championship on home soil, a tournament during which he made his debut.