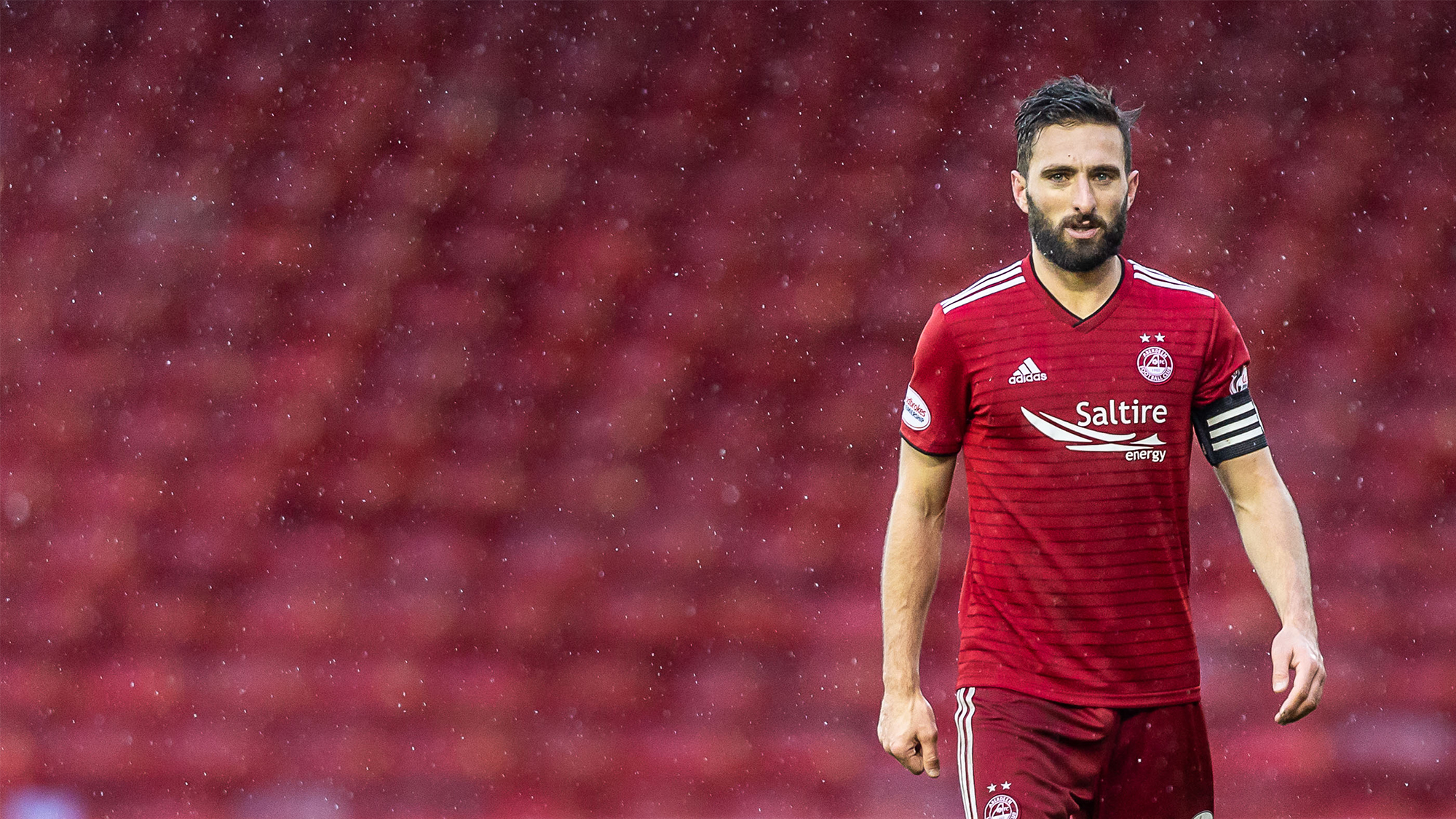 Aberdeen FC can confirm that Graeme Shinnie will leave Pittodrie at the end of the season with the club captain agreeing to join English side Derby County.

Since joining the Dons in the summer of 2015, the 27-year-old has made 185 starts and one appearance off the bench.

The skipper explained his decision to RedTV:

“The club did everything they possibly could to keep me which was such a good feeling and I appreciate everything the club have done for me over the past four years. The club and the manager have been different class with me, and I can only thank them.

‘The four years I have had at Pittodrie, I have some great memories but I just felt the age I am at and having a chance to go down to England and play at club who are trying to push to get into the Premier League, this is an opportunity I could not turn down.

“I feel now is the right time for me to go to England and try it down there.”

“Graeme Shinnie confirmed that he will be leaving to join Derby County at the end of the season and while I would obviously have much preferred him to remain here at Pittodrie, I completely respect his decision to make the career decision to try his football south of the border.

“Graeme has been outstanding for Aberdeen Football Club over the last four years and will be a very hard act to follow. I’m sure everyone connected with the club will join me in thanking his for his contribution in his time here and wishing him all the very best for the future. Obviously, we are still hopeful that we can see him make a final appearance in a red jersey at Easter Road next weekend in order that he can say goodbye to the fans properly.”