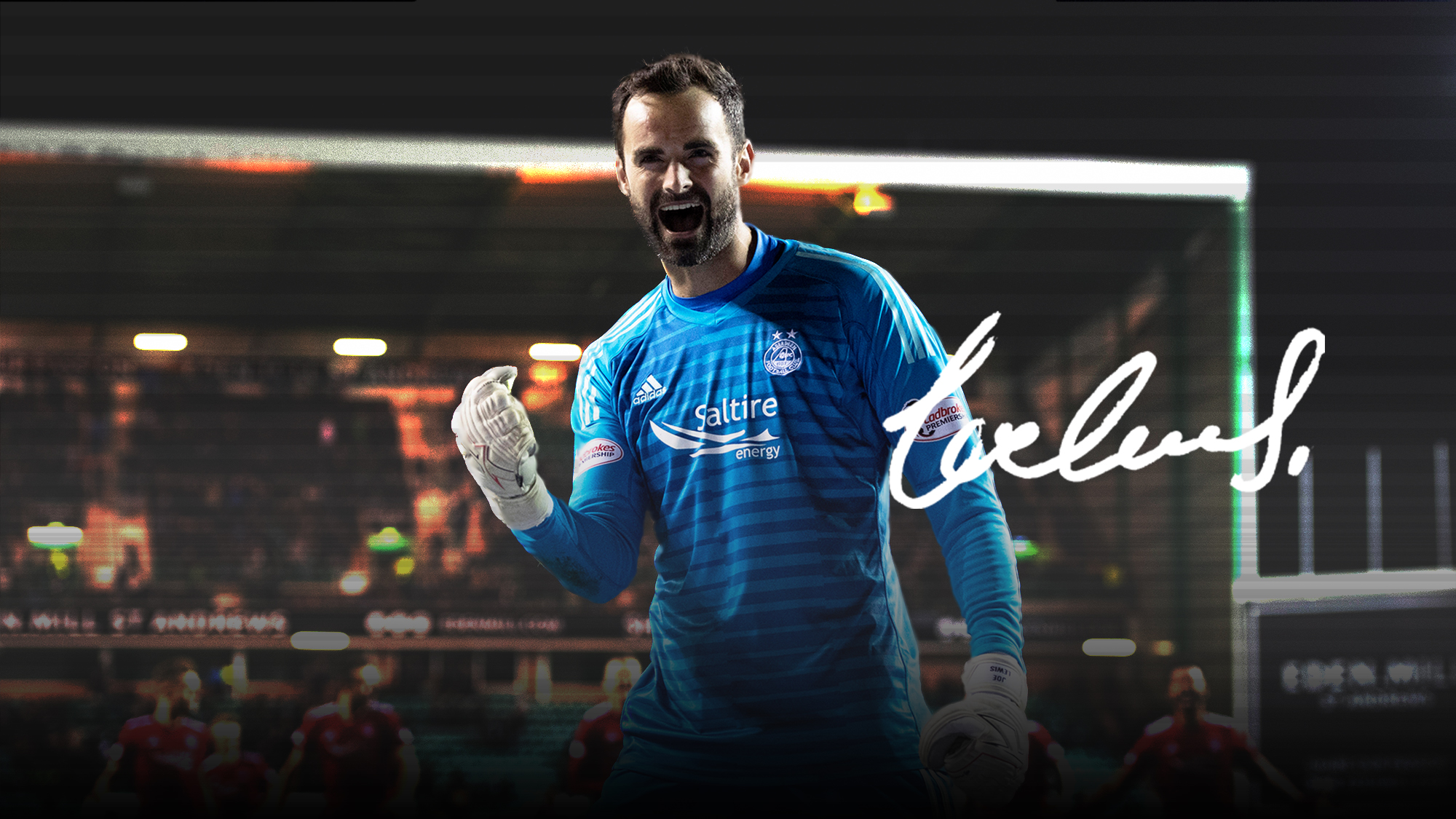 Aberdeen FC can announce that Joe Lewis has committed his long-term future to the club by signing a new five-year deal.

The Dons’ number one, a hugely valued player as well as being a massively popular figure in the dressing room and around the club, has agreed a four-year extension which will take him through to the summer of 2024.

After signing for Aberdeen in 2016, Joe went on to play every minute of his debut campaign in Scotland. Being named in the SPFL “Team of the Season” was a testament to his performances and he continued that fine work in season 2017/18. Unfortunately, an injury at Ibrox disrupted his season, but he was back for the crucial run-in that saw the Dons see off their rivals to confirm second place. Standing at 6 feet 5 inches tall, the former England squad member has shown tremendous consistency again this season, making countless vital saves at crucial times.

In our last game at Pittodrie, against Motherwell, Joe made his 400th senior career appearance, highlighting the experience he has between the sticks. Joe has 118 clean sheets to his name.

The 31-year-old has made 139 appearances for the Pittodrie side, with 53 clean sheets. This season Joe has played 47 times and kept the ball out of the net in 16 of those games.

Manager Derek McInnes shared his delight at the news:

“This is a really significant signing for the club.

“The length of the contract illustrates what we think of Joe and that we want him to be part of this club going forward. It also demonstrates how happy he is at AFC, which is great to see.

“It’s a real boost for us at a time when we are going to lose a number of key players this summer and it’s great to see a player of Joe’s calibre show that level of commitment to the club.”

More to follow on this brilliant breaking news shortly.