Economic Case for New Stadium at Kingsford Even Stronger 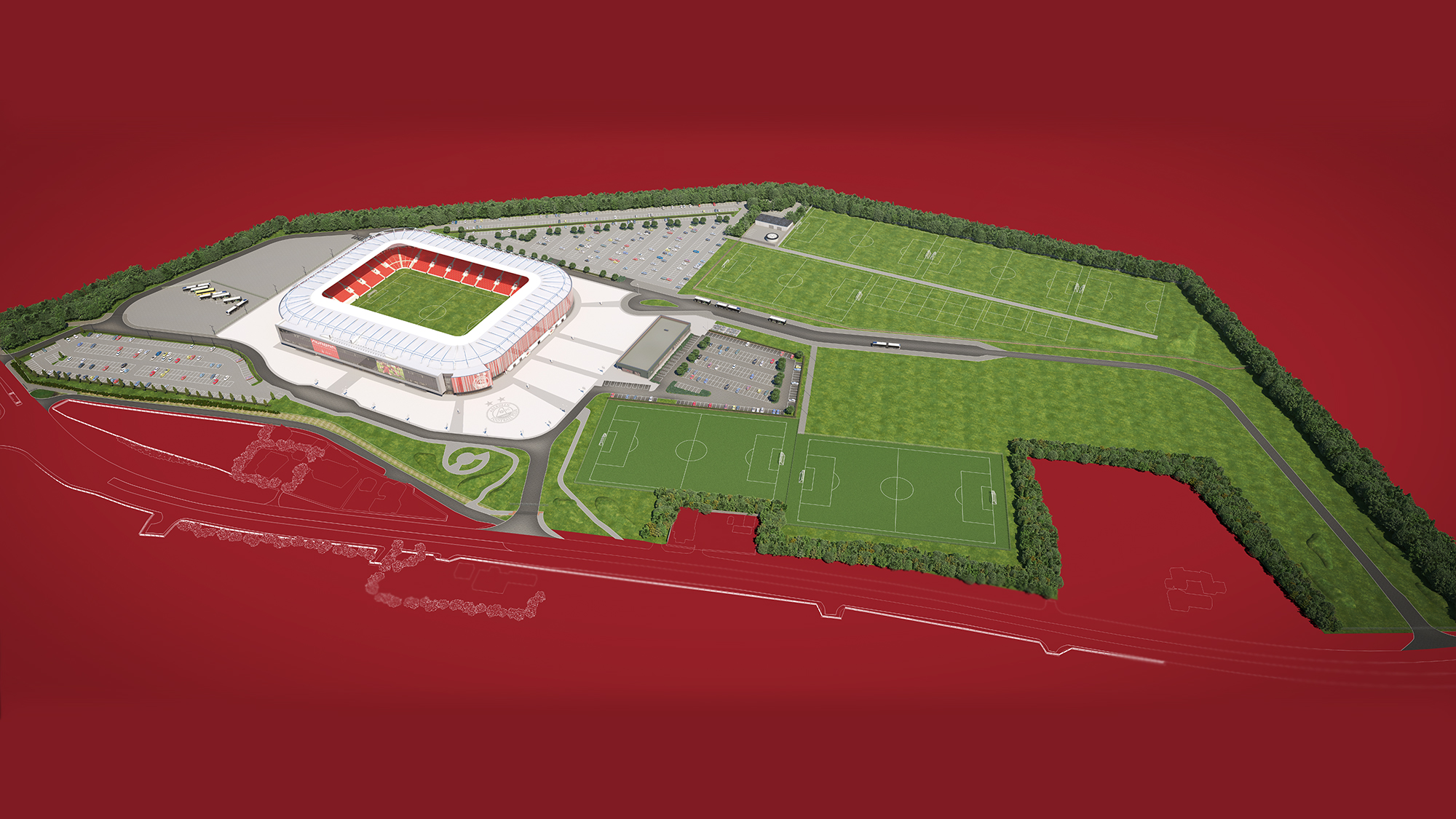 Additional information, in support of Aberdeen Football Club’s planning application for Kingsford, reveals that the economic impact of the stadium proposals could be even greater than initially forecast.

The full review of all the analysis, conducted by Aberdeen & Grampian Chamber of Commerce (AGCC), reveals that the total economic contribution of delivering the new community sports hub, training academy and stadium at Kingsford is £8.535million, equivalent to 346 full-time equivalent additional jobs. Under the new calculations the plans would create 443 new construction jobs.

This updated report, now live on Aberdeen City Council’s website, is in response to queries raised by planning officers in relation to the economic case for Kingsford. It provides clarification and supplementary data to allow sensitivity tests of various scenarios. These include “do-nothing” options assuming an average of 8,500 and 10,000 fans at Pittodrie, a move to Kingsford with an average of 13,476; and a move with an average of 15,000 fans.

Raymond Edgar, project director for Kingsford said: “With this additional detail and analysis, there is now no doubt about the overall economic benefits to the city and wider region associated with our ambitious plans for Kingsford.

“Our proposals fit with regional and national economic policy which aim to boost communities through investing in people, infrastructure and assets, fostering innovation and promoting inclusive growth. We’ve seen and felt the impact on our local community and our economy with the downturn due to a lower oil price, so the sooner we get on and build these facilities, the sooner the region will be able to share in these welcome benefits.”

The report also highlights the risks of remaining at Pittodrie which include challenges in player recruitment and reduced on-field performance due to competition from other clubs with dedicated, modern facilities, leading to dwindling attendances and higher operational costs associated with maintaining ageing assets, the loss of European football from Aberdeen city due to tightening UEFA stadium criteria regulations; and the risk of losing many of the charitable and worthy cause benefits associated with the AFC Community Trust.

Russell Borthwick, chief executive, of AGCC, said: “In addition to the compelling evidence of the economic benefits to the wider city region, it was vital that the club was able to understand and demonstrate the potential impact on trade of moving away from the city centre.

“The Chamber is encouraged that the economic analysis shows the benefits of the stadium move significantly outweigh any downsides from lost city centre spending by fans. Taken alongside the progress being made on other City Centre Masterplan projects we believe that the club’s proposals will not have a detrimental effect on the overall objectives of the plan.

“A successful local sports team provides much more than direct economic benefit with the ‘feel good factor’ proven to have a positive effect on morale and productivity. As a region we need to continue to deliver progress and at pace; we cannot afford delays that will slow the momentum that has been built. AFC’s plans are privately funded, economically viable and can help support the delivery of the economic renaissance in the North-east.”

Subject to planning approval, the proposals will see more than £50m invested to create a new home for the Dons; provide a base for the significant expansion of the work of Aberdeen FC Community Trust on social inclusion, participation in sport and healthy lifestyles for all ages across the region; and create a focal point for footballing excellence in the North of Scotland.