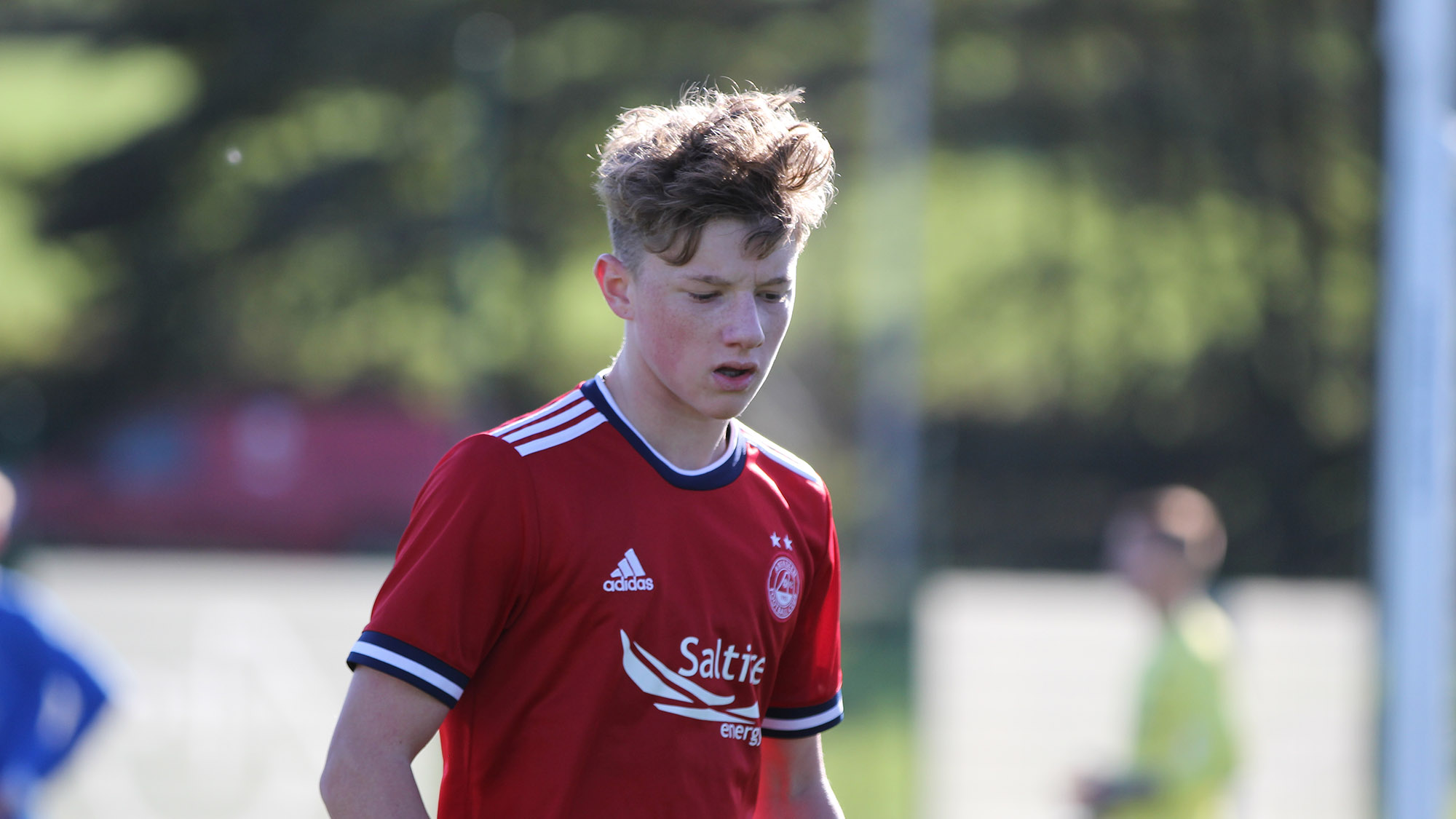 Youngster Dylan Lobban was one of the AFC Youth Academy graduates who made the step up to the professional ranks during the summer.

The midfielder has really impressed this season and had an excellent game against Rangers on Friday in the Club Academy Scotland U18 League.

His performances have caught the eye of the national selectors and this week he was called into the Scotland U17 squad along with teammates Finlay Murray and Blessing Oluyemi.

Young Dylan is not a stranger to the spotlight however, as he was the star of the AFC season ticket campaign way back in 2015-16!

On RedTV now there is an in-depth interview available with the other star of the season ticket video back then … AFC legend Adam Rooney! The ex-Dons striker, who is still going strong, looks back upon his time at the club and his brilliant career and also has some advice for Dylan as he starts out on his.

Click on the red button to watch the interview with Adam in full or click below to watch the feature with both players!