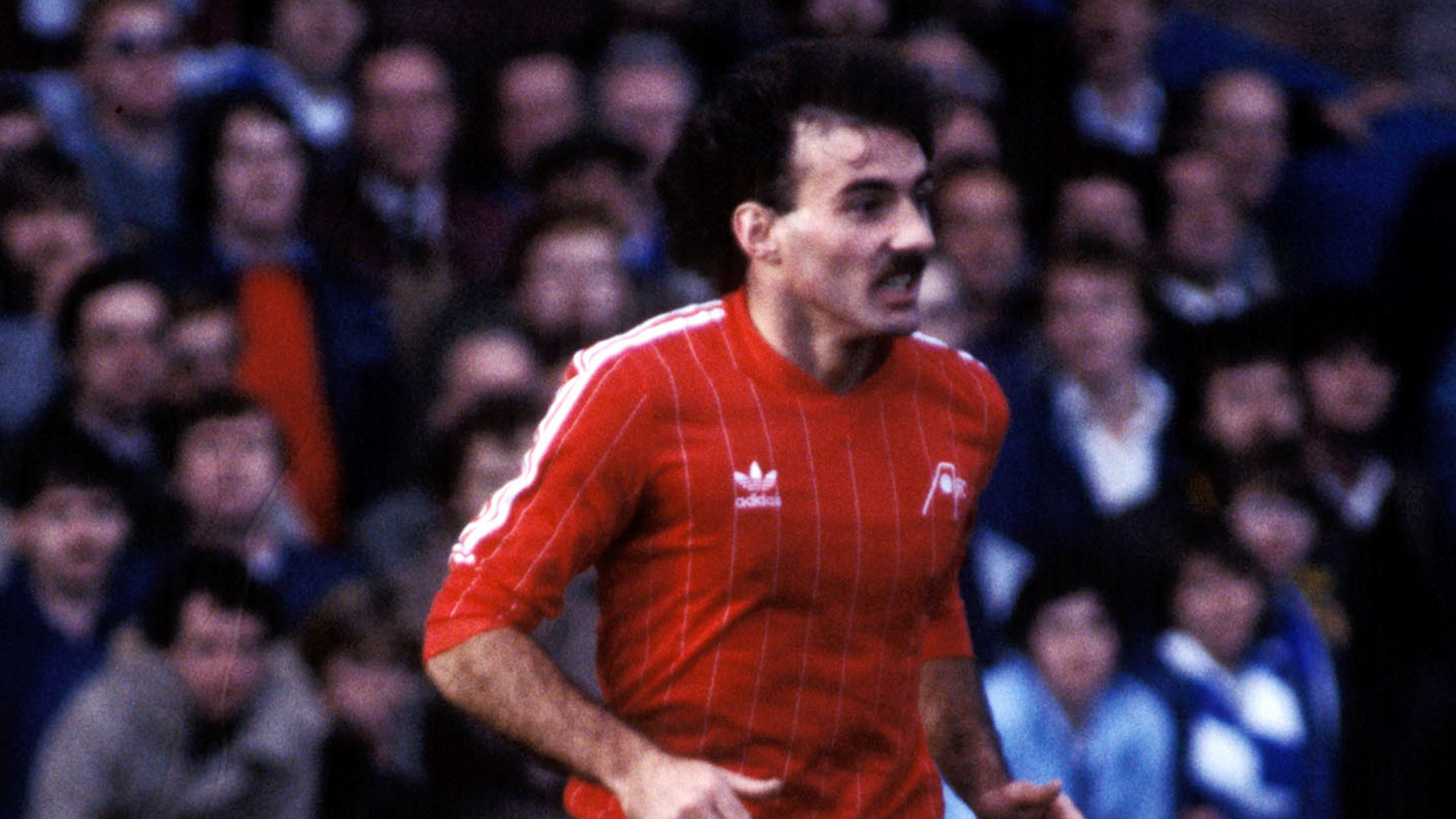 Willie Miller spoke to RedTV yesterday at the end of an emotional week for everyone connected with Aberdeen Football Club following the passing of Neale Cooper.

“The news took us all by surprise. Even though Neale had had his health issue, we thought the worst was over and we could spend many years in the future with him, but unfortunately, that hasn’t been the case. It is tragic news, but there comes a point where you’ve got to get over that and think about the man that was ‘Tattie’ Cooper and what he brought to the club and people’s lives.

“He was always joking, full of laughter and that is how we should think of him. We should be looking at celebrating Neale Cooper and I’m sure that’s the way he would want it as well. He’d want it with a smile on everybody’s faces, even though it’s difficult to take.

“He was a big character and he was fabulous in the dressing room. It was always a laugh and a joke, even in the darkest times. If Sir Alex was having a rant at the rest of the players and Neale was in the room you always knew there was a smile on his face, no matter how serious it was. The secret was not to catch his eye because if you reacted, the manager would have a go at you, not that it happened to me too much I’ve got to say! You had nothing else to do but laugh with him.

“That’s what he brought to us as well as being a very good footballer of course. He brought that humour and laid-back attitude towards it all in the dressing room and onto the playing field. Neale always had a joke and a story. Some of his impersonations of managers, players, Alex Ferguson, Graeme Souness, are legendary now.

“He brought sunshine wherever he went and I think that’s how everybody should and will remember him. I can’t imagine anybody’s got a bad word about Neale Cooper. 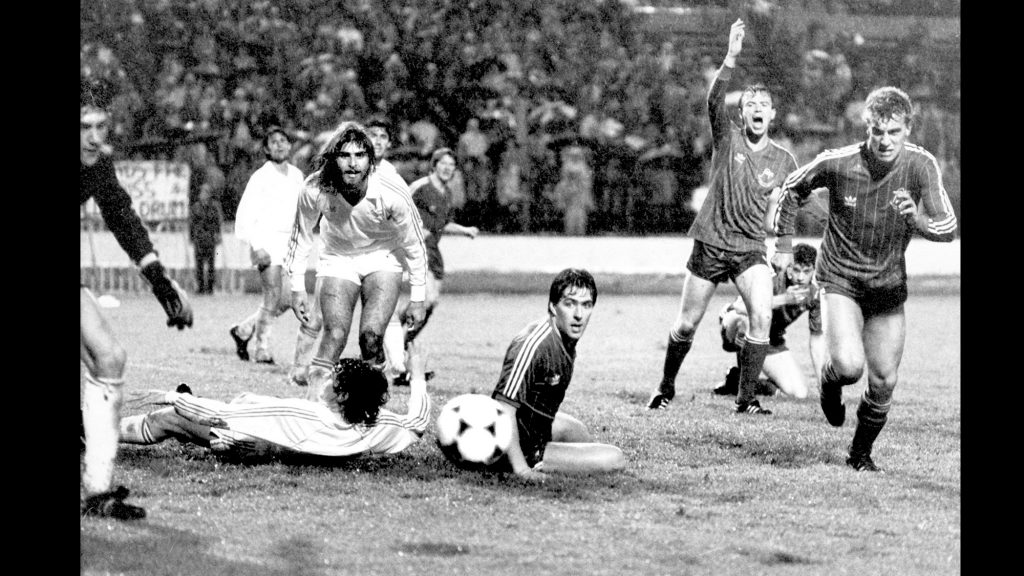 “He played for Aberdeen during that six-year period between ’80 and ’86 where we were winning just about everything there was to win. He played at under 20s for Scotland under Andy Roxburgh and he was named in that competition as one of the eleven all-stars, along with Paul McStay. That was a World XI at that age group, so that tells you something about the quality he had as a footballer. Being part of that ‘80s team – and a very important part when we were lifting all the trophies – that was the best stage of his career no doubt about it.

“Even though he went on to play for Aston Villa and Rangers and was a very good manager, I’m sure that as far as Neale was concerned, that was his most successful period and he played a huge part in that team. You need players you can trust and I was very fortunate to play in a team that had so many players like that. Neale was a fabulous footballer as well as the big personality we will always remember.

“The earliest memory is a young Neale Cooper coming to the club before he signed as a 16-year-old. He had come through the development ranks at the club, with brown hair, although it did change very quickly when him and Bryan Gunn decided that if they went out in the sun too long, it would turn blonde. That doesn’t happen – you’ve actually got to do something to get it to that colour!

“Like any other young player, he had ambitions to be a professional footballer and you could see the talent and determination. Because he was a very determined guy on the pitch, it didn’t take him too long to progress into the first team. You had Neale Cooper, John Hewitt, Eric Black and Bryan Gunn and Sir Alex wanted to give the young players a chance – Neale was fortunate to be part of that group.

“We had a manager that could see the qualities Neale had and he came in and sat in the midfield for six years, played in front of me, was very solid and good quality as well. You hear the stories from Franz Beckenbauer saying he was going to be the next Kaiser, but unfortunately for Neale, there was a Kaiser already at Aberdeen and there was no way, as much as I loved Neale, he was going to get my position! The manager had to turn him into this fantastic midfield player. 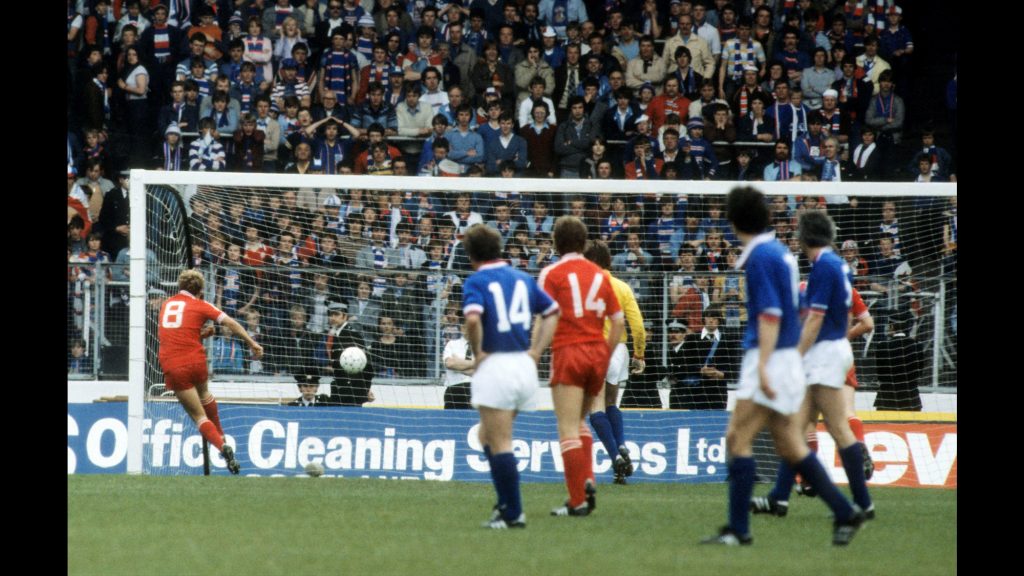 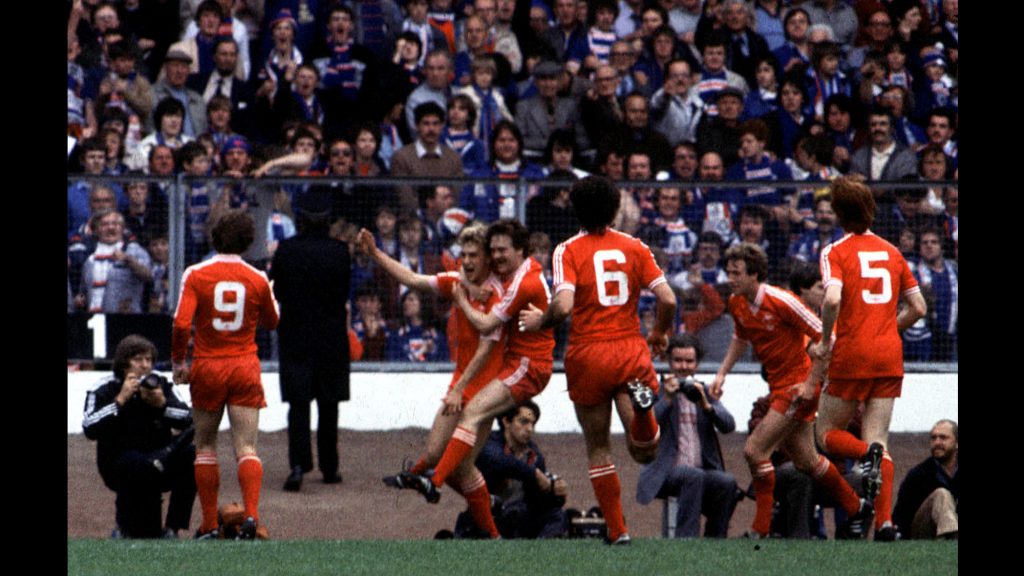 “The thing I remember is he put the ball in the back of the net [against Rangers in the 1982 Scottish Cup Final] with a huge smile on his face. That picture is something people will keep flashing back to, not just now but in the future, because that was Neale Cooper and it kind of sums him up. A determination to put the goalkeeper under pressure and then, when the ball is in front of him, making the most of it by putting it into the net in a kind of funny way with a big smile on his face.”

Referring to one of Neale’s favourtie stories: “In those days there was a theory that if you got your tackle in early enough in the game, the referee allowed it to pass by. It doesn’t happen so much nowadays. The manager of course had got Neale wound up to make sure Charlie Nicholas was in a game right from the first whistle and it was almost before the whistle it happened that quickly! It was there for a purpose and because the manager was a winner. He wanted to constantly break that tradition of the Old Firm winning everything and he managed to do that. Sometimes you have to be a little aggressive and, on the day, Neale was a little bit aggressive and he got away with it.

“I think the way for any manager to show respect to a player is to play him. It’s to say, “I trust you and I believe in you to go out there and show what you’re capable of doing.” The fact that Neale managed to get into that team and be part of that successful winning side shows and proves the respect Sir Alex had for him. Not just Neale, but the other young guys around him.

“It took me ten years at the club before I could see any success. There were glimpses of it with the League Cup in 1976 and we could get to cup finals and finish second, but we couldn’t actually dominate the game. Cooper, Simpson, Hewitt, Gunn and Black just thought winning was normal but I knew differently. I knew the pain and torture you had to go through, but for them, it just seemed to come so easily, but there were very hard-working players in that team. Neale Cooper was definitely one of them.

“At the recent Gothenburg reunion, there were 12 of us there out of a possible 16 so it was a good turnout. Bryan Gunn and Eric Black made the journey up along with the guys staying in Glasgow and it was brilliant to get together. It felt like another day at Pittodrie and Neale was there with his stories, telling them the way only Neale Cooper could tell them. It was a wonderful memory to have for Neale and if it was going to end, at least we had that time together.”