“We all need to put our bodies on the line” 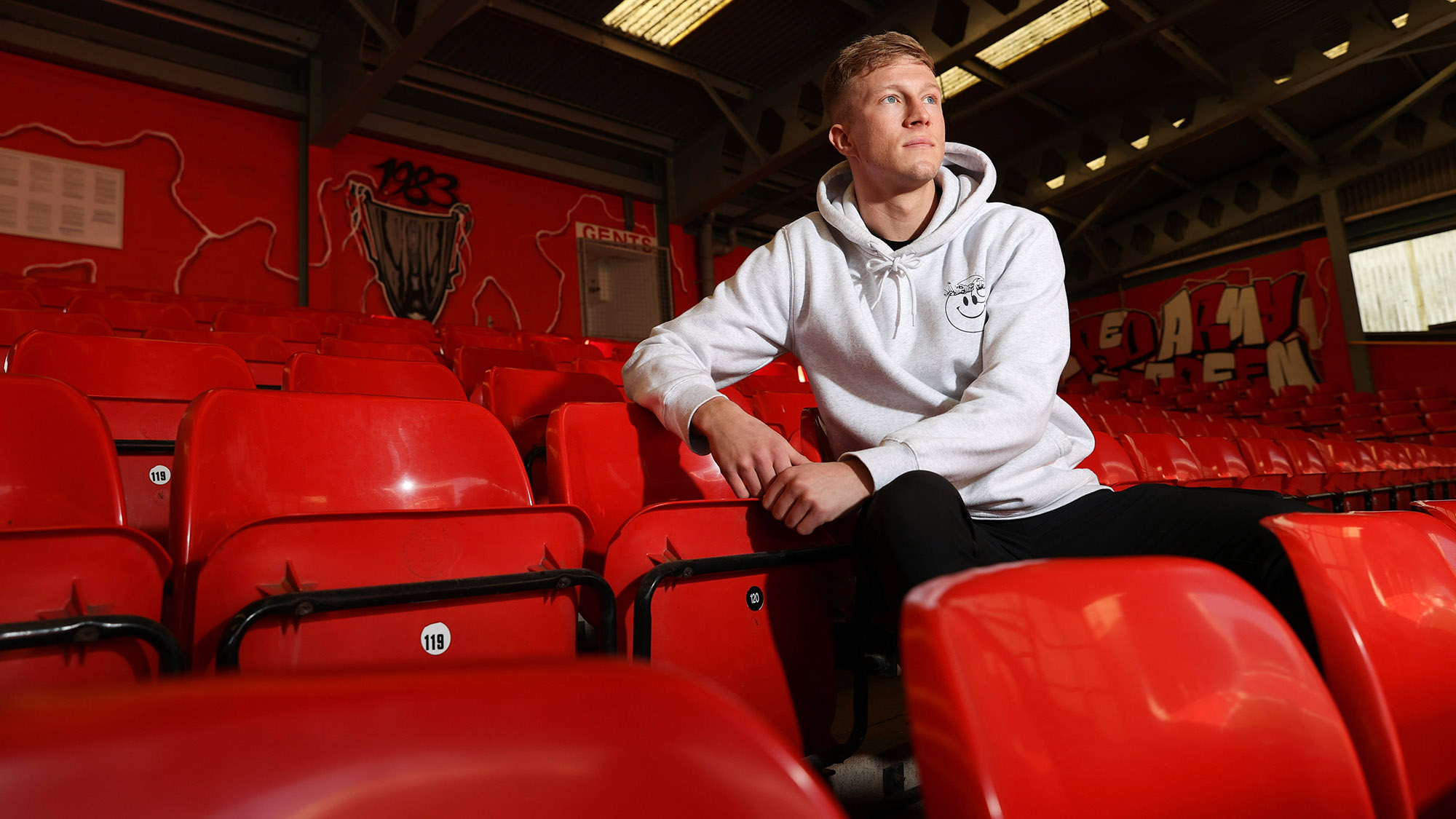 Ross McCrorie spoke to the media this week to preview Saturday’s game at Dens Park.

“The performance against Hibs was everything that we were looking for in the game, and obviously a good result as well. We had a strong starting XI and a strong bench as we did not have too many injuries.

“As whole I thought the team performance was great and we can take a lot of confidence from that and take it into this game against Dundee on Saturday.

“We have put ourselves in a sticky situation. From the start of the season, we have not been good enough results wise, and we have put a lot of pressure on ourselves result wise at this stage of the season going into the split. It is up to us to come away from these next two game with wins. We have to go into them with all guns firing to hopefully get the six points. It is added pressure but at a club like Aberdeen, we are expected to play under pressure and deal with it. If you can’t play with that pressure, then you should not be here.

“We have respect for Dundee. They are going to be fighting for their lives. We know they have some quality players within their ranks. We know it will be tough, but we have our ideas of what we are going to do from training and have been working on different plays. Hopefully we can go and put in a good performance and get the three points. We have been working hard in training and will try and execute our game plan as best we can.

“No one is getting carried away. We had one good result against Hibs but we take each game as it comes, starting with Dundee this weekend. It will be a very tough game, there is no getting away from that.

“We know that it will be physical, conditions might not be the best, but there can be no excuses. We are expecting a real battle. 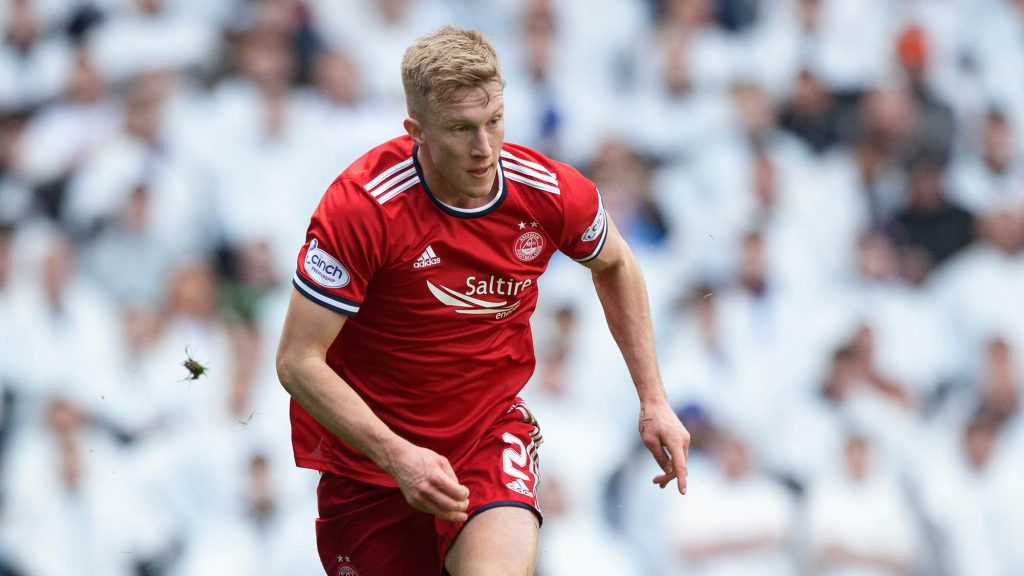 “When you look at our squad, there is a lot of quality within the ranks. When you look at the team on paper we should not be where we are in the table, but we find ourselves in this situation. Hopefully we can rectify it in these next two games.

“We are just focussed on ourselves and what we can influence. We can’t worry about other results.

“The way the league has panned out this season, every team can beat each other. It certainly seems that way.

“We have two massive games coming up. Hopefully we can get six points and then we will see where we lie in the table.

“This season I played every single game at centre back until the new manager came in and I have moved back into the middle. I feel that I can play to a high level in both positions. I thought this season I was playing my best football in defence. I felt as though I had reached a new level in terms of consistency and level of play.

“The gaffer wants me to step into the middle for now and I feel I can do a good job there for the team and play at a high level.

“I will play anywhere the manager wants me to play. It is up to him. He is the one that picks the team. As long as I am playing then I am happy.

“Throughout my career I have been played in a couple of positions. I have a well-rounded knowledge on both the positions. It is the best of both worlds. I can still affect the team in a good way and hopefully I can continue to have a positive impact on the team. 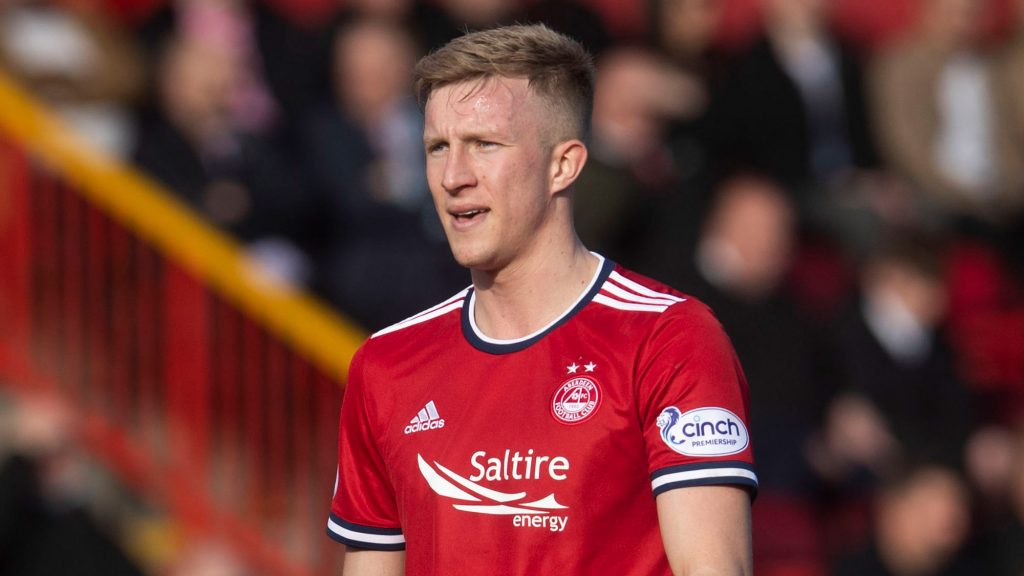 “Everyone in the team wants to do well for the manager by accumulating as many points as possible between now and the end of the season.

“We have had a number of weeks to work with him on the training pitch and you are starting to see the benefit of that and some of his ideas on the pitch.

“We all need to put our bodies on the line at times.

“It has to be a collective effort. We can’t rely on individuals. Everyone needs to perform well. And even if boys are not having a great game, we need them to get stuck in and be a really good team player.

“Since day one of me arriving at the club the fans have been tremendous. The backing they have given the team has been outstanding. Even this season as well, results have not been there but they have continued to get behind the team and have stayed with us. It is great they are travelling down to Dundee in such large numbers. We will have a great backing and there will be a good atmosphere.

“I am very good mates with Lewis Ferguson, so I am very pleased to see him get his first start for Scotland. I was very chuffed for him. He has been a terrific player since I have been at Aberdeen.
It gives me that extra motivation to try and push myself towards the squad. I feel that I am good enough to get myself in there. I just need to keep playing at a high level and hopefully it will come in time.” 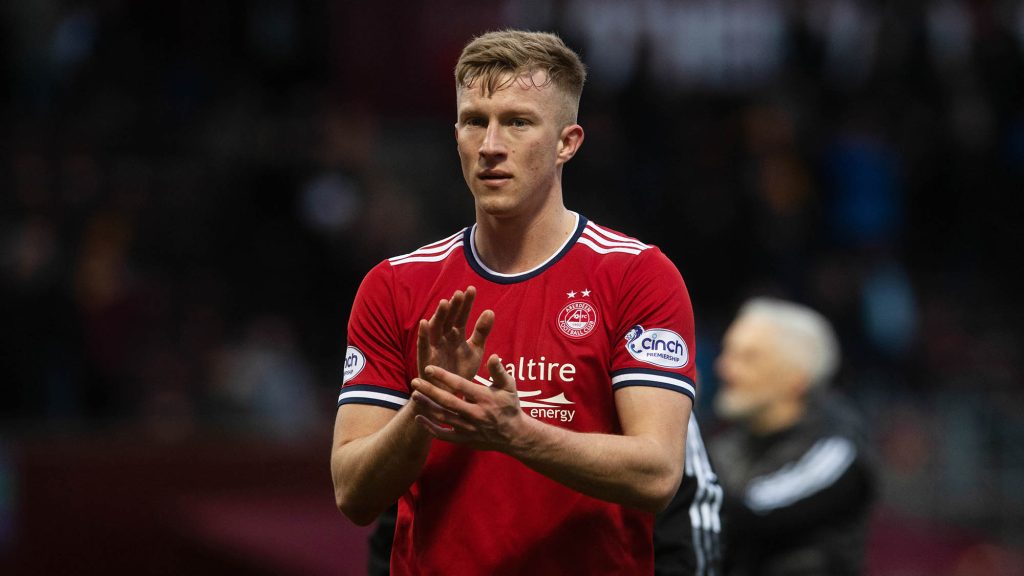