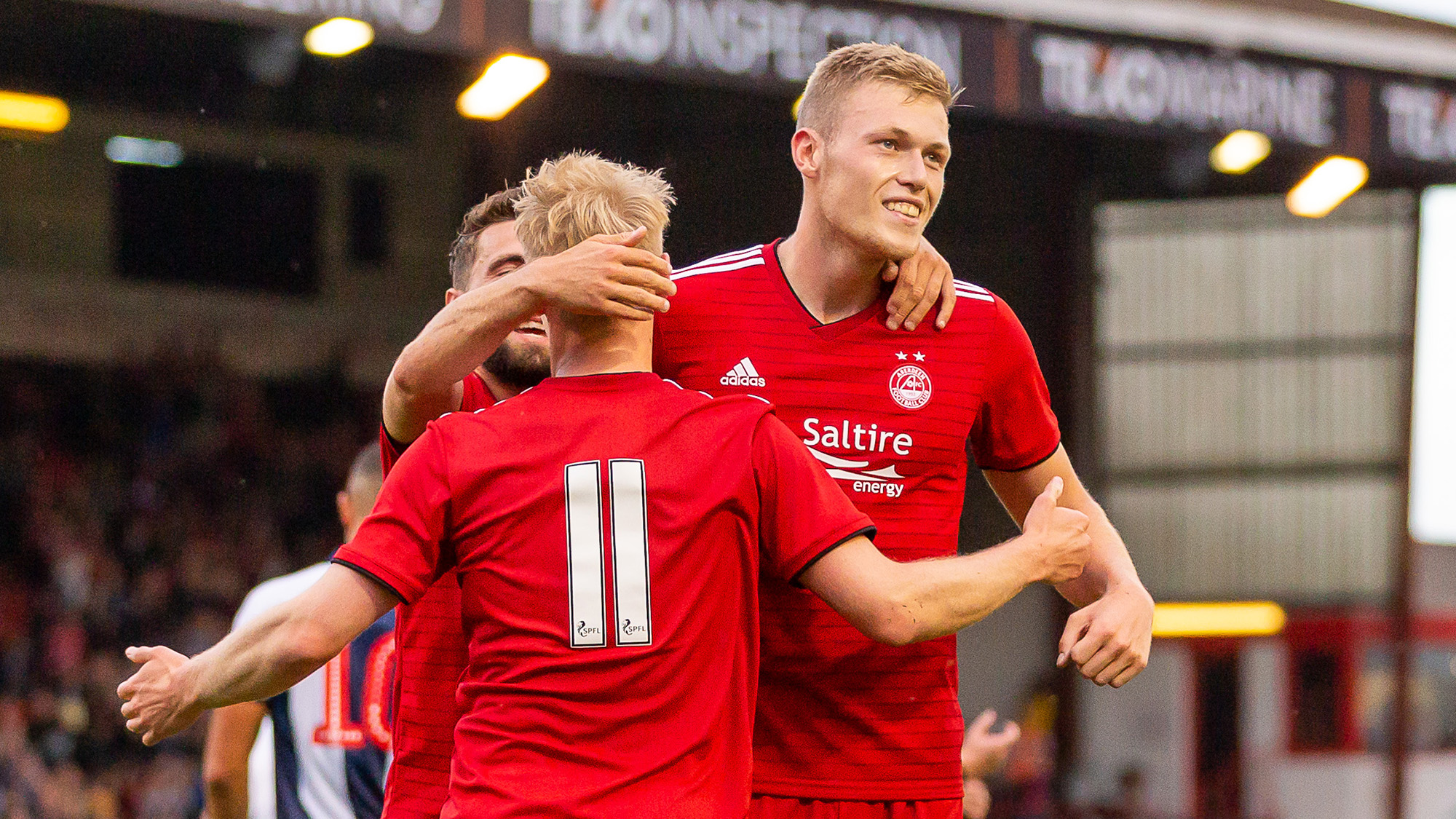 “For me it’s personally it’s the cherry on the icing scoring.

“I’ve put a lot of hard work in pre-season and some decent performance so to get that goal really topped it off.

“There was a cross five minutes before when Gary put it in and I just didn’t get it with a front post run so I said next one I’m getting across him. We’ve got that understanding and we’ve been putting a lot of work on it in training with two wingers putting balls in.

“We definitely held our own and I’m sure you can see that.

“On the other side West Brom are a high-quality outfit and they showed that. They had a lot of the ball at times, but we’ve more than been a threat with the counter attacking and balls into the box. It’ll be a good test for Burnley because West Brom arguably could have stayed up.

“Credit to Fergie (Lewis Ferguson) as he was a bit quiet the first week or so but he’s stamped his authority and shown his quality. It’s a testament to the other boys as well like Gleeson and Forrester. You can see the quality and I’m looking forward to this season.

“There’s plenty to look forward to no more so than the first few games this season against Burnley and Rangers. That’s what we’ve been working towards and there’s a lot of hard work gone on behind the scenes and everyone’s looking forward to it.”