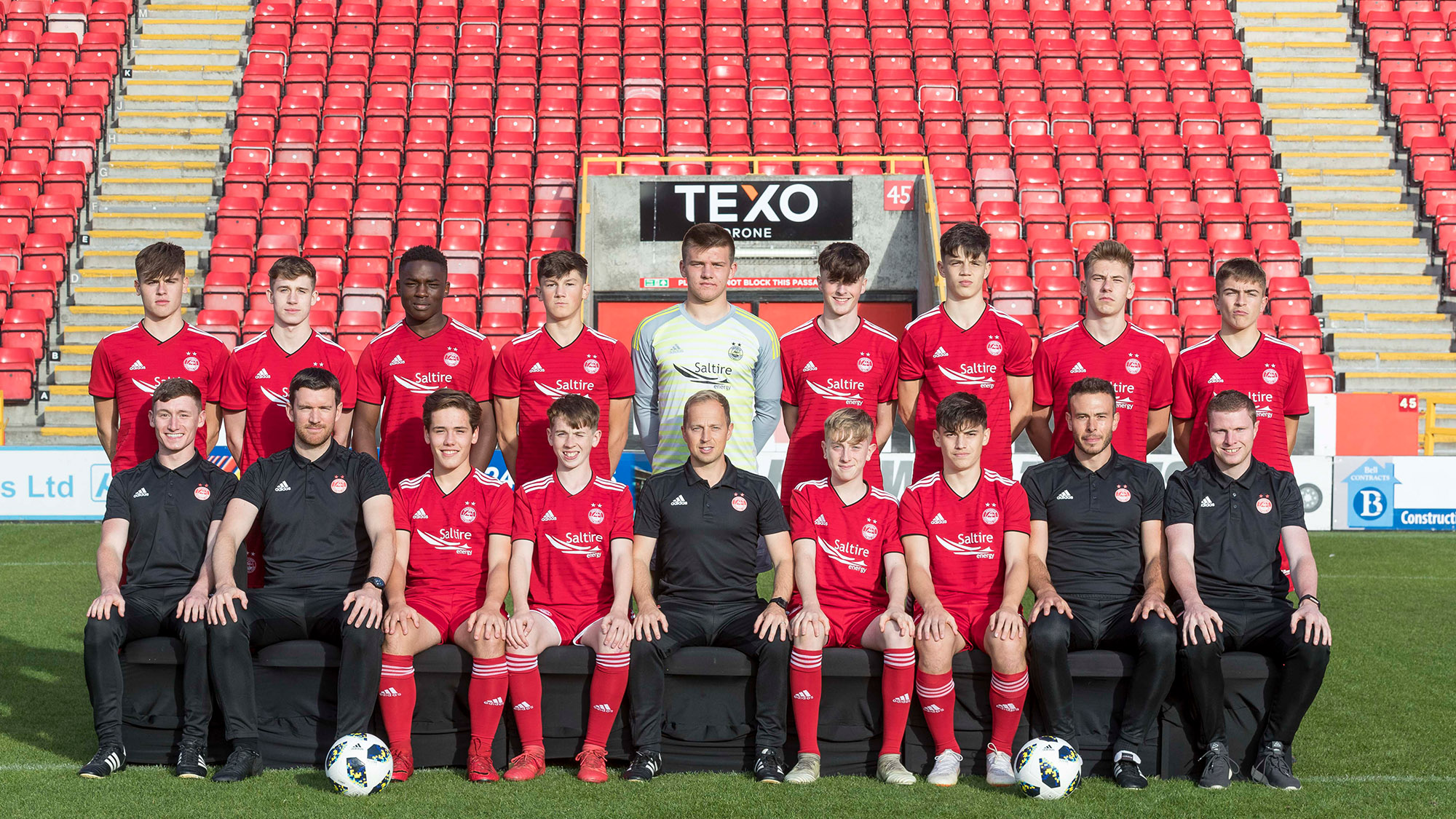 AFC Youth Academy U16 Head Coach Robbie Hedderman spoke to RedTV this week to preview the U16 Scottish Cup Final on Sunday.

To watch his interview in full please click on the red button. 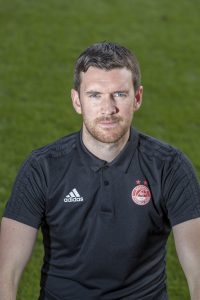 “This is the first season they have made it competitive at U16 level. The competition is part of the new Club Academy Scotland set up.

“It is a great opportunity for us as a club to host an underage final in the area and showcase the players of both sides.

“It has been very tough getting to the final. We have had nine games in total. It was a Champions League like set up with a group to get out of.

“The early stages were split into three separate groups. We had seven games to play at this point which was a challenge as we came up against some decent sides along the way. I think once we got to the knock stages it became very real. We had a tough game against Rangers in the quarter finals which we managed to win on penalties and then in the semi-final Kilmarnock again gave us a really difficult match at Rugby Park and we came through that one well. So we expect another very tough test against Hearts in the final.

“It should be a very competitive game. There is not much between the sides. We played them about two months ago at the Oriam and we drew 1-1. They are a strong side and they move the ball well.

“This season our squad at U16 level have come on well.

“I think when Gavin Levey and myself took them on, we knew they had potential. We have landed up with four Scotland internationals, possibly could have had one or two more. They went away recently to the Victory Shield in Ireland. That is a good bench mark. 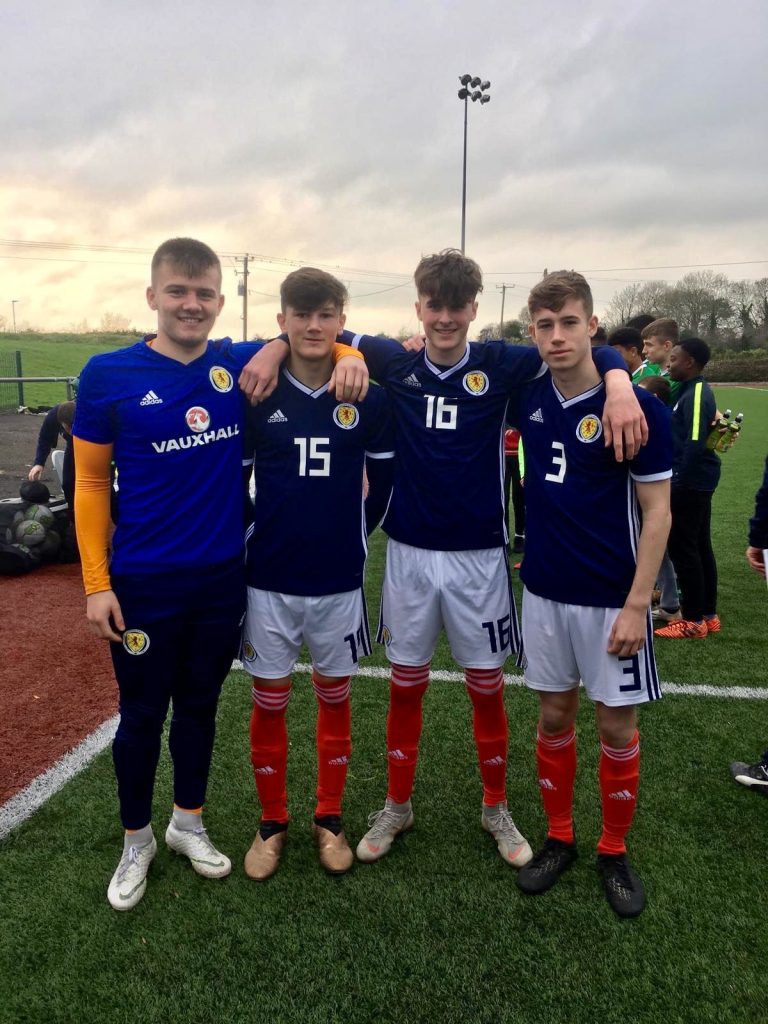 “Our goalkeeper Tom Ritchie that been really good this year. Kevin Hanratty does well in the middle of the park and has been involved recently with the U18s. Lyall Booth our captain was also in the Scotland squad along with Calvin Ramsay.

“There are other boys though who have also come in and done really well. Our challenge was to try and get them to play with each other and understand the benefits of being a successful side. If they do that, then individuals will get highlighted and will give them a better chance of trying to make it in the game. We have emphasised the need to be organised and working hard for each other and making sure they have the right principles about them.

“I will tell the boys before kick-off to relax and just go and play the game. The concern for me at the weekend is the hype around it. I want the players to relax and then go out and be brave and get on the ball and play. Just play their normal game and do their stuff.

“From our point of view, the coaches, it will be interesting to see how the players perform under pressure. Cup finals are cup finals. It will be good to get them into that environment and see how they respond to it. It looks like there will be a big crowd so that will help add to the occasion.

“Hopefully the boys will go and give a good account of themselves.

“I suppose it is the benchmark for us. We need to be looking at how many youth teams are getting to cup finals. Any competitive competition we go into, whether it be a European tournament that all the underage sides get a chance to play in during the year, or within the new Club Academy Scotland format, we need to be looking closely at how we are doing.

“It is very difficult to make a career in the game and break into a first team. But you will help your cause if you are playing in big games regularly and showcasing your talents. It is where we need to be and when you play for a club like Aberdeen, it is what is expected.”

One person who is involved with the U16s who certainly knows what is expected at this club is Andrew Considine. The Dons defender has been helping out with the coaching at that age level.

“I think within the Youth Academy having the likes of Derek Young, Andrew Considine being around, Barry Robson is working with the U18s; it means they are getting coached by ex-players and in Andy’s case a current player who is doing it week in week out. The boys can relate to it as they are seeing Andy playing for the first team.

“They find out from these guys what is required to be a top professional and get an understanding of how hard they need to work. The biggest challenge with young players is showing them what the standard really is. Having these guys in the Academy certainly helps.” 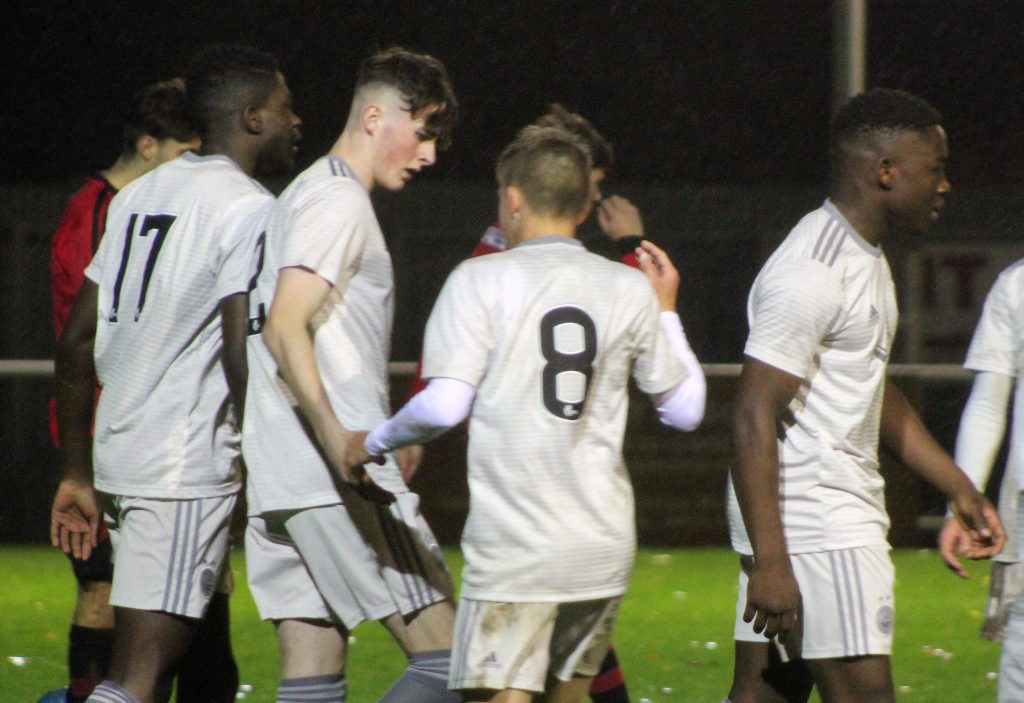 U16 players Chris Aikamenze, Kevin Hanratty and Michael Dangana all played recently in the SFA Youth Cup for the U18s