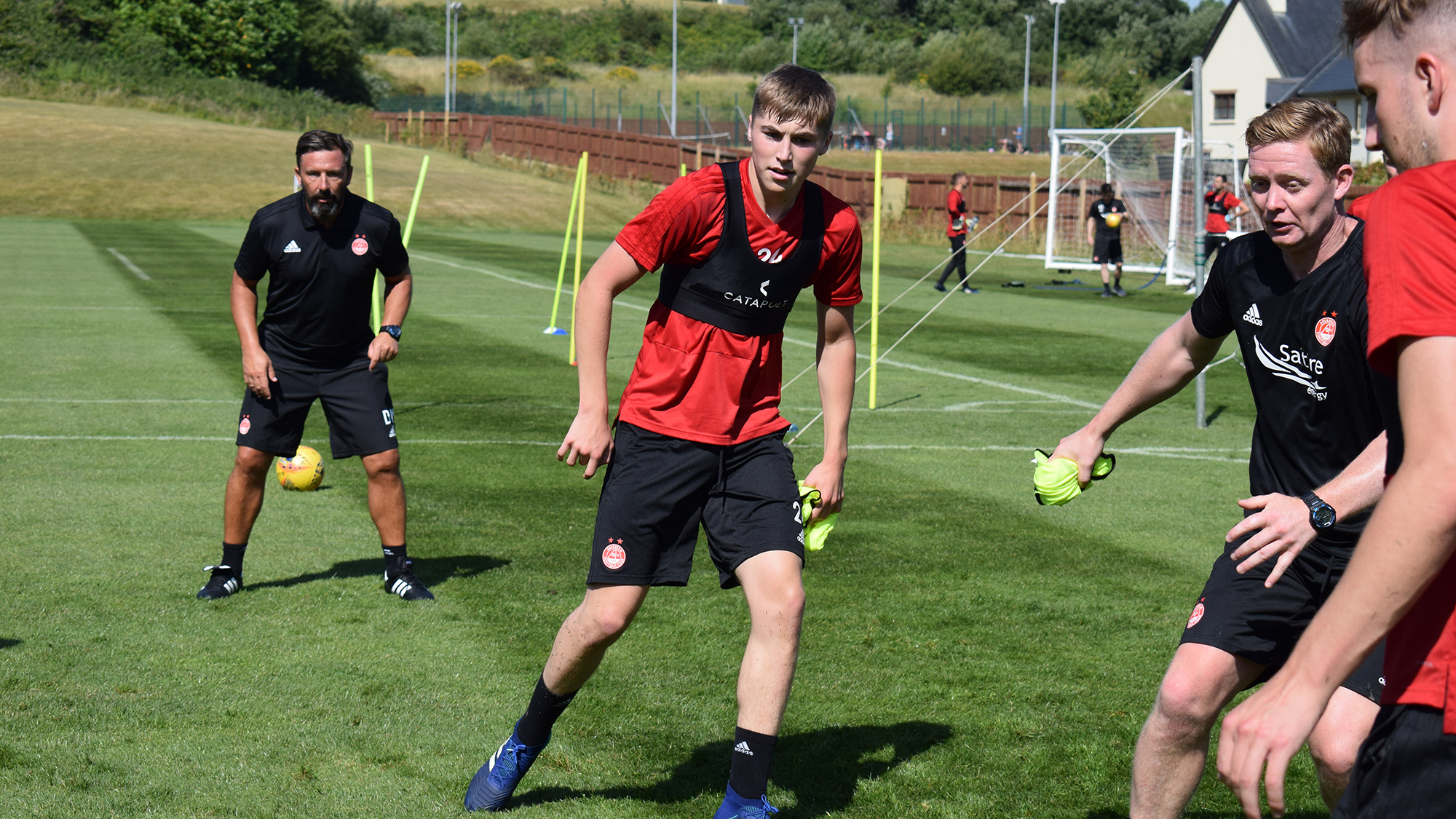 Young Dean is one of a number of youngsters away with the first team this week. After a superb substitute performance on the last day of the season against Celtic, the midfielder is looking force his way into the managers plans on a more regular basis.

“It was a bit of a weird season for me personally. It was very busy to start with, playing a lot of games at 20s level, playing some games down at U17 level and also going away with Scotland. I must have hit the 30 game mark before the winter break but unfortunately when I came back I picked up a nasty injury which kept me out for a while – a couple of weeks turned into a couple of months.

“I am just glad I managed to get back at the end of the season and was able to make an impact and the manager trusted me enough to put me on when the stakes were as high as they were and I was able to help the team clinch second spot.

“To be trusted to go into such a pressure situation was really good for me and I was really happy that I was able to do quite well when I came on.

“I have now come on twice against Celtic. The only times I have been on the bench are games against Celtic and Rangers and the Scottish Cup semi-final at Hampden. So it has not been the easiest games to be part of but for a young player they are the best games to watch pitch side because you learn so much. You see how we play and how teams play against us. It is good to see the best players in the country going up against each other. It shows me the level I have to get to if I want to hopefully be one of the best players in the country in the future.

“As well as the Celtic game, another highlight last season was playing for Scotland against Spain. It was a huge day for us. We played a couple of friendlies before we went into the European qualifiers, which sadly I missed because of my injury. We had a difficult game against Poland but managed to grind out a win despite not playing the way we wanted to. We thought going into the Spain game that they would be at another level but it turned out that we were the better team. We passed them off the pitch and managed to get a couple of goals. It was a really important win because it showed that Scottish players can compete against the best.

“I am hoping to get some more first team experience under my belt this season. I have worked hard over the summer to try and keep in decent shape and this trip is all about trying to make as much of an impact as I can and show the manager what I can do and that he can trust me to play more this season. I just have to keep working hard and keep getting stronger and getting better technically and then see where it takes me.

“It is great to be here, as it is for Bruce Anderson and Ryan Harrington. To get invited to travel away with the first team is a real confidence boost to start off with.

“It is very noticeable that all the players are in fantastic shape, so it shows us that we need to get to that next level of fitness if we want to compete for places and make the team. It is brilliant experience and we are learning every day. We are training with some of the best players in the country.

“All the boys have all been really good with me. They have all been kind and passed on advice. I am feeling more comfortable being around the squad and I am getting more involved in the chat and the banter. I was quite close with Kenny McLean last season. I am also close to Graeme Shinnie and Andrew Considine as well as Scott McKenna, whom I played with last season. Adam Rooney is also very good with all the young players. Working and listening to these guys will make me a better player.

“Everyone knows that last season Scott was playing 20s football. He was maybe a bit frustrated that he was not playing but he just put his head down and worked hard and took his opportunity when it came along. It shows that if you put the work in there will be chances down the line for you.

“It will be a tough start to the season. We have some massive games but hopefully games that I will be a part of.”