The Dons assistant manager spoke to the media on Monday 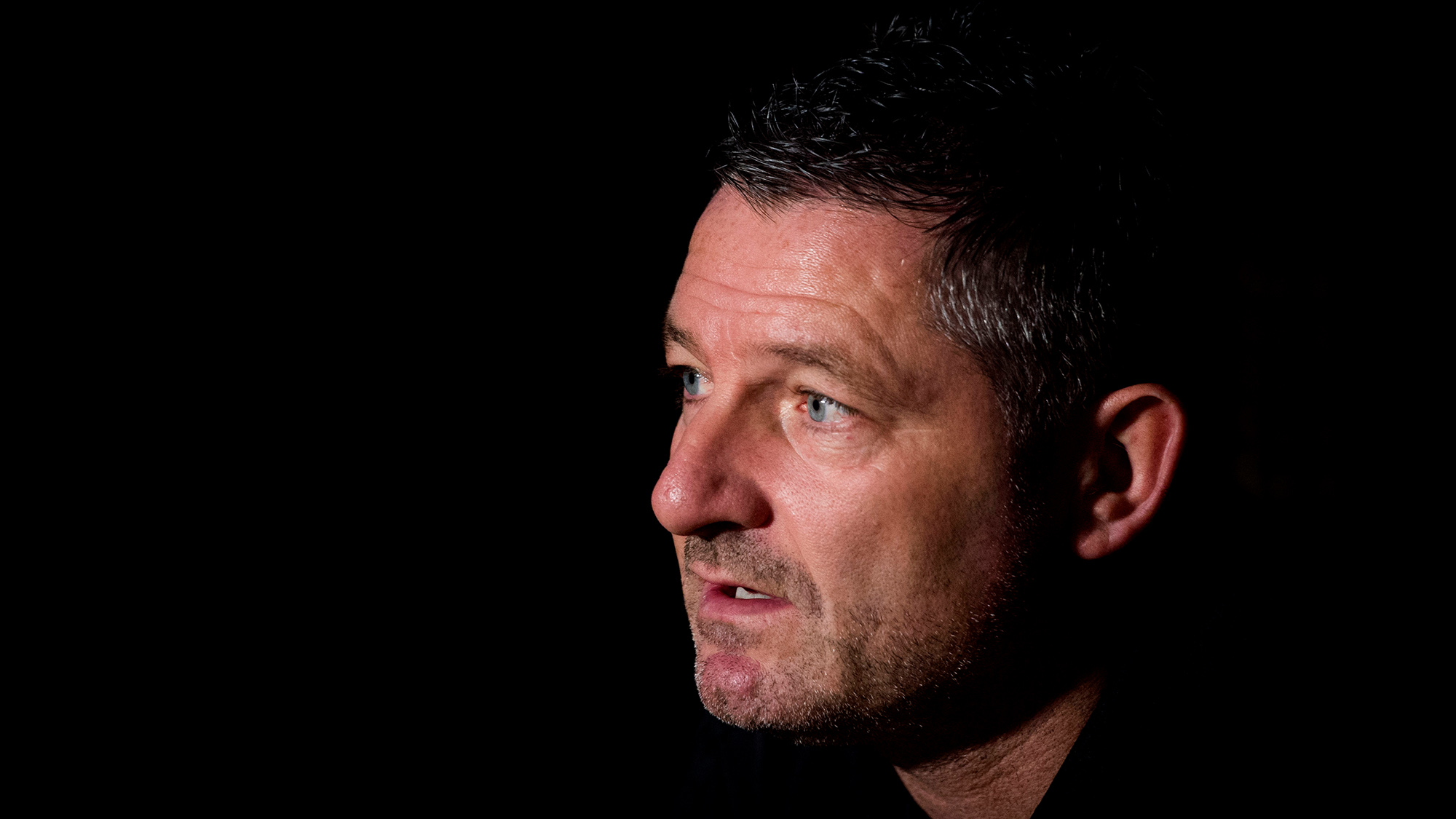 “It was disappointing of course, every game we set out to win and we set out to win that game on Saturday. We had real intent to do that but we just felt that maybe in the final third we didn’t have enough to get that breakthrough and score the goal.

“I think that the real onus was on us I don’t think Kilmarnock had a shot on the goal so there was a real intent from us to get there but unfortunately we never had the quality in that final third to win it.

“We’ve analysed the game, we’ve moved on from it and now the most important match is the cup game at Stenhousemuir on Tuesday.

“Hopefully we can get a result and progress in the cup.”

“To be honest we wouldn’t use any excuse for that game either because in previous years we’ve done the same thing against Stranraer and St Mirren and we’ve come back and we’ve had good performances.

“We just feel on the Stenhousemuir performance, we’ve got the first goal and we needed to get that second goal and again having analysed that game, just those little bits of quality in that final third that we were doing well in the month of December, maybe just escaped us on that occasion. We’ll be doing everything we can to put that right on Tuesday night and progress to the next round.”

“Of course and we will give Stenhousemuir every respect, they’re a good team, they were extremely well organised and hard to break down at Pittodrie I don’t expect them to be any different at home. And one thing is they were clinical as well, the big boy McGuigan took his chance on the end of a great cross from Donaldson. They deserved at the very worst this replay that they’ve got.

“We’ve got to treat it like we do every week and try and set out to win the match. Since the whistle went on Saturday we’ve trained twice and we’ll train again today and we’ll make sure we’re as focused as we can be on a Stenhousemuir team that had a great result at the weekend beating Airdrie 1-0 and we know it won’t be easy, particularly on that pitch, and we’ll need to bring our A game to make sure we qualify.”

“You know the importance this club places on cup competitions.

“We will decide who is the best players to get in to play that type of opponent on that type of surface. So team selection won’t be in terms of rotation, it will be the team that we feel gives us the best chance of progressing in the Scottish Cup. That will be the side that will be fielded on that night.”

“Scott McKenna’s gone for a scan today, but initial signs are it’s not as bad as his one previously so we’ll keep our fingers crossed, but we won’t know the results until later on today.

“Everybody else is in and fit, as I say we trained after Saturday and we are training again today and getting ready to travel later.”

“There’s always speculation during the transfer window, and obviously the window is shutting on Thursday but the managers dealing with that at the moment and if I had anything to tell you on that I would but there’s nothing to tell you just now.

“He’s a busy man the manager but the most important and pressing thing for us is the cup tie on Tuesday night. A terrible result in the cup is when you go out, but we’re not out we’ve got the chance to put that right with a replay Tuesday night and everybody’s focus – staff, players – is on the game.”

“We know how good Tommie is and how valuable a player he is for this squad.

“Unfortunately for Mark Reynolds the reserve game today is not going ahead because of the weather but that’s two players who are back in the squad, and they’re important to the squad. We saw that with Tommie’s performance on Saturday when he came on. He set up a chance for Niall McGinn which possibly could have been a penalty or a free kick, but we know how good a player Tommie Hoban is and how much he’ll add to our squad.”

“I mentioned that we’ve just come off the back of December and there was real cutting edge with Sam Cosgrove at the forefront of that but there was a real contribution from other players in the squad.

“We’re only three games in now, we’re unbeaten we’ve had two draws and we won 3-0 down so we’ve scored four goals in three games.

“Of course you’re always going to be trying to improve and you’re always trying to ensure there’s that cutting edge in the final third but we’re not panicking and we’re still doing the same things we did that brought us success in December.

“It’s the same kind of period of games that we’ve got coming up just now, it’s a busy busy period with midweek fixtures. We’re endeavouring to replicate the type of form we had throughout December and with the players at the top end of the pitch, the quality that we’ve got, we know the goals will go in.

Sell out trips to Ochilview and Easter Road

“The fans are fantastic, they’re always there and we always value that support and we’ll be doing as much as we can to ensure that we perform.

“The next game is tomorrow night and we’ll do our utmost to get as far as we can, not just for the supporters but the players as well.

“I mentioned earlier on about not making excuses for players, and we do play now on a number of artificial surfaces.

“We’re professional, whatever surface you’re playing on, whoever you’re playing against, you need to deal with it. Whoever the opponent is you need to be doing your job, we stress that. Touchwood, we have had a good record on artificial surfaces, and we’ll endeavour to try continue that tomorrow night as well.” 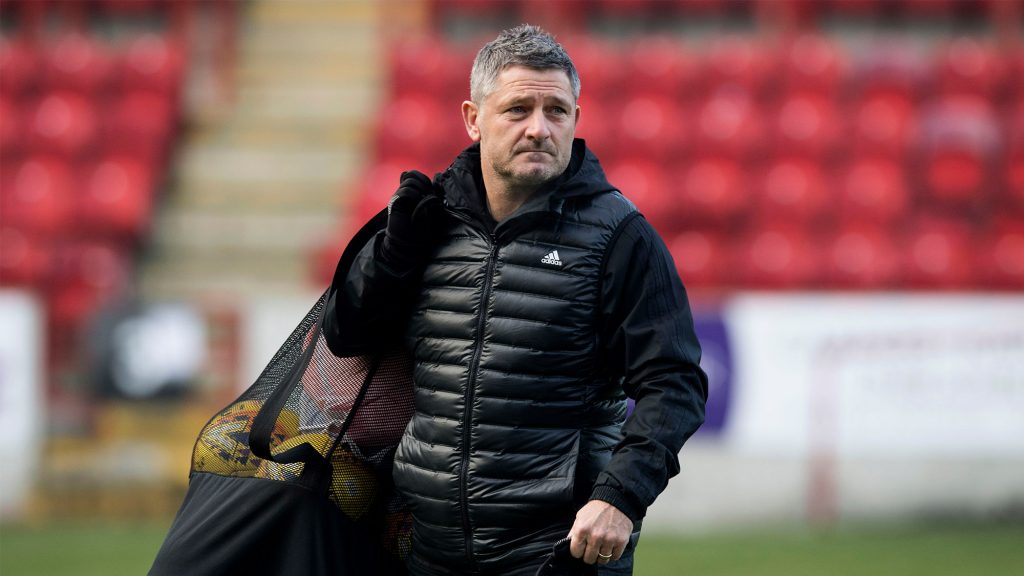