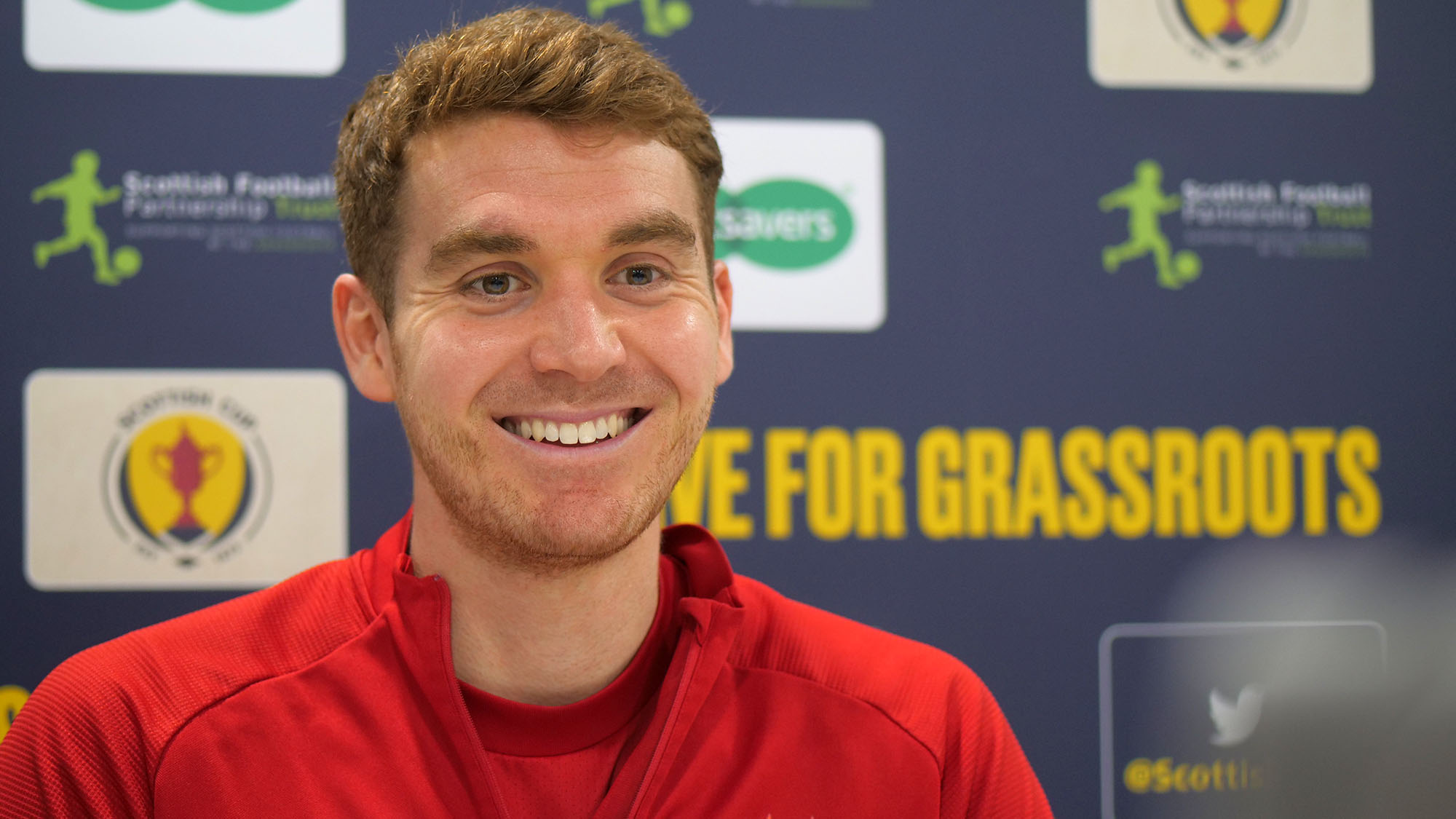 Tommie Hoban was the player who spoke to media ahead of Sunday’s Scottish Cup Quarter Final against Dundee United at Pittodrie.

“It is a massive game on Sunday for both teams.

“It is going to be tough for us to get that third spot, it is not completely out of the question, but it is going to be difficult. So the Scottish Cup is the main thing that we have got left to play for now.

“I feel that we have a chance of going all the way and we could still lift a trophy at the end of the season. We must have that belief.

“We believe we have the quality in the squad to go all the way and win it. We will need a bit of luck along the way, but everyone always does. On our day I believe we can compete with anyone. There are other good teams in the competition who will believe they can also win it.

“I am sure Dundee United are thinking the same thing so we know it will be a tough game and one we have been preparing hard for these past few days.” 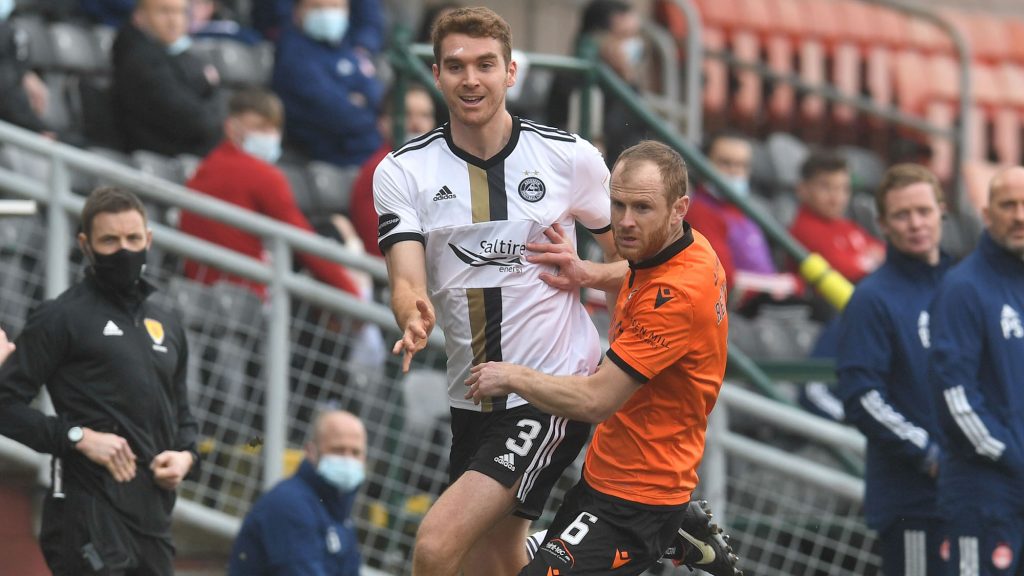 “Dundee United have been a very tough opponent for us this season.

“Performances against United have actually been ok if you look back at the games, but we have not beaten them so they could certainly have been better.

“Overall we have had good spells in each of the games but have not taken our chances and got the results to show that. They have defended very well in all the games. We have found it very difficult to break them down. And we will expect the same on Sunday.

“But we have scored in the past few games now which will give us some momentum and confidence that we can start scoring goals again on a regular basis.

“We do know that we need to be clinical in front of goal to get the win.

“There has been a turnaround in our fortunes the past few weeks.

“People are really buying into the way we are trying to play under the new manager. I think performances have been quite good overall. The more we get on the training pitch the more he gets his methods across to us and the way he wants us to play.

“The more we practise the better we are going to get.

“It is not going to happen overnight. It will take time and the fans might not see the full effect of it until next season, after we have got a good pre-season under our belts, but as the next few weeks go on, we will keep improving.

“When a new manager comes in there has to be a response from the players. Everyone is trying to impress to secure their place in the team. There has been a reaction the past few weeks and his methods are starting to show through our performances.

“I do think it is going to be an exciting end to the season. 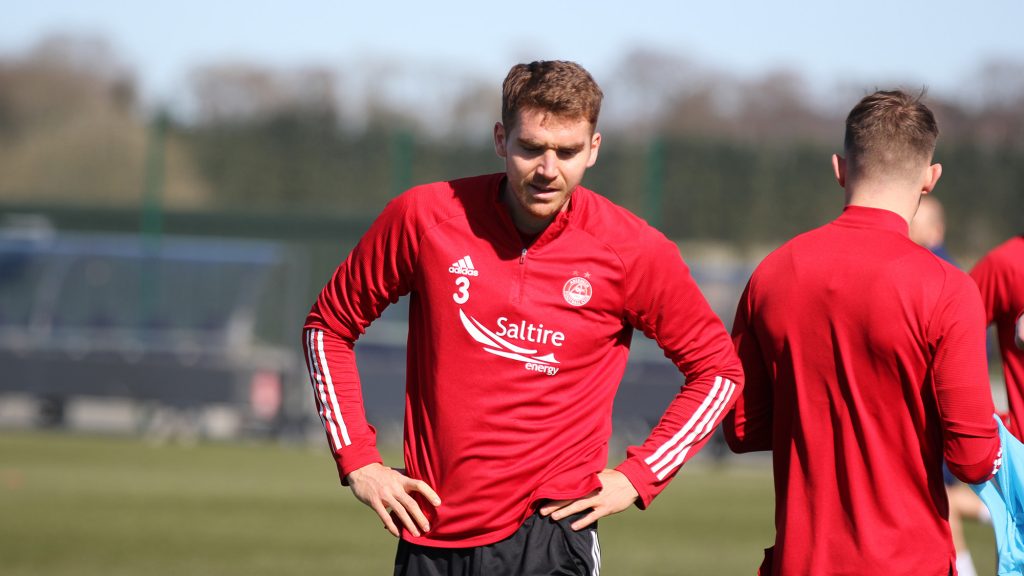 “We have been pretty solid.

“Defensively we have had a number of boys who have put in great performances this year. I have tried to do my best throughout the season.

“For me personally it has been a really good season.

“This is the most number of games I think I have played in a season in my career. Overall, I feel I my performances have been consistently good.

“I have been constantly trying to improve and hopefully myself and the team can put in some big performances over the final few weeks of the season.

“As a back three or as a two, Ash, Andy and myself have been consistent and we have a good understanding together. We have a lot of cleansheets. I think that we are quite close the record number of cleansheets in a season for Aberdeen, another reason why we were so gutted to lose the goal so late on the other night.

“I have really enjoyed being part of the defence this season.”

“I think young Calvin has been brilliant.

“I told him coming off the pitch the other night that he would never forget that one and to take confidence and belief from it. If he can play against Celtic the way he did, he can play against anyone as they have some of the best players in the league. He was fantastic and it was a wonderful experience for him. He is only going to get better and better.

“My debut was against Preston away in May 2011. I was about 17 as well. I came on after about 20 minutes for Martin Taylor. Adrian Mariappa and Lloyd Doyley were there at the time and really helped me through the game. When I started playing regularly, I played alongside a guy called Fitz Hall. He was a good experienced professional who had played a lot of games in the Premiership. He was like a father figure to me who guided me through that early spell in my career.

“Hopefully Calvin will get a few games as I would like to help him through it.

“It is all about trying to give him confidence and settle him down. I remember that you get so nervous when you play in these first games. You saw him cramping up late in the game, that is not a fitness issue, it is purely nervous energy.

“So you have to try and keep the young boys as relaxed as they can and try and make them feel that it is just another game of football and no different to the games they have played growing up.

“As the game wore on Calvin really settled into it and did really well. He has a big future ahead of him if he keeps working hard.” 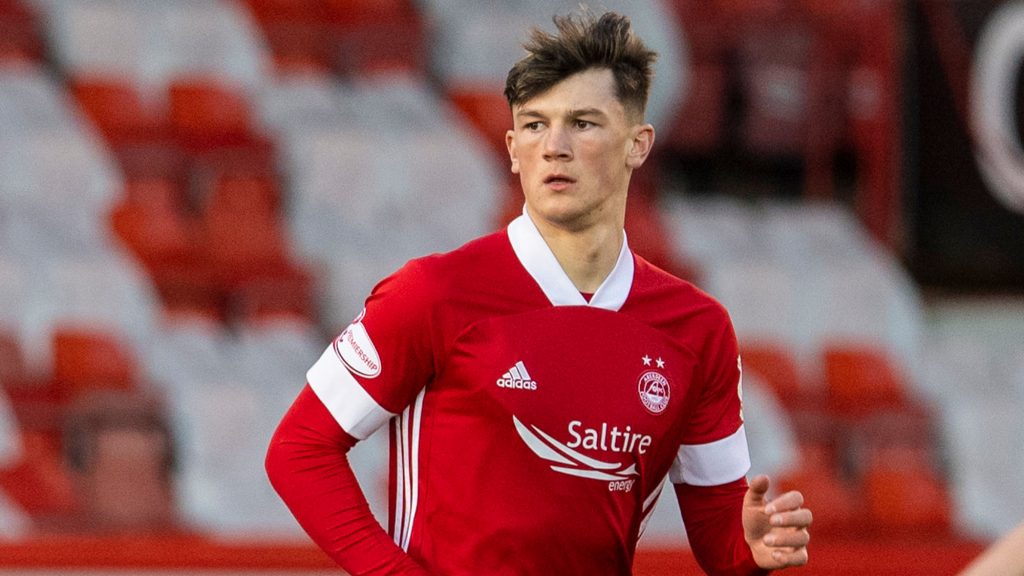