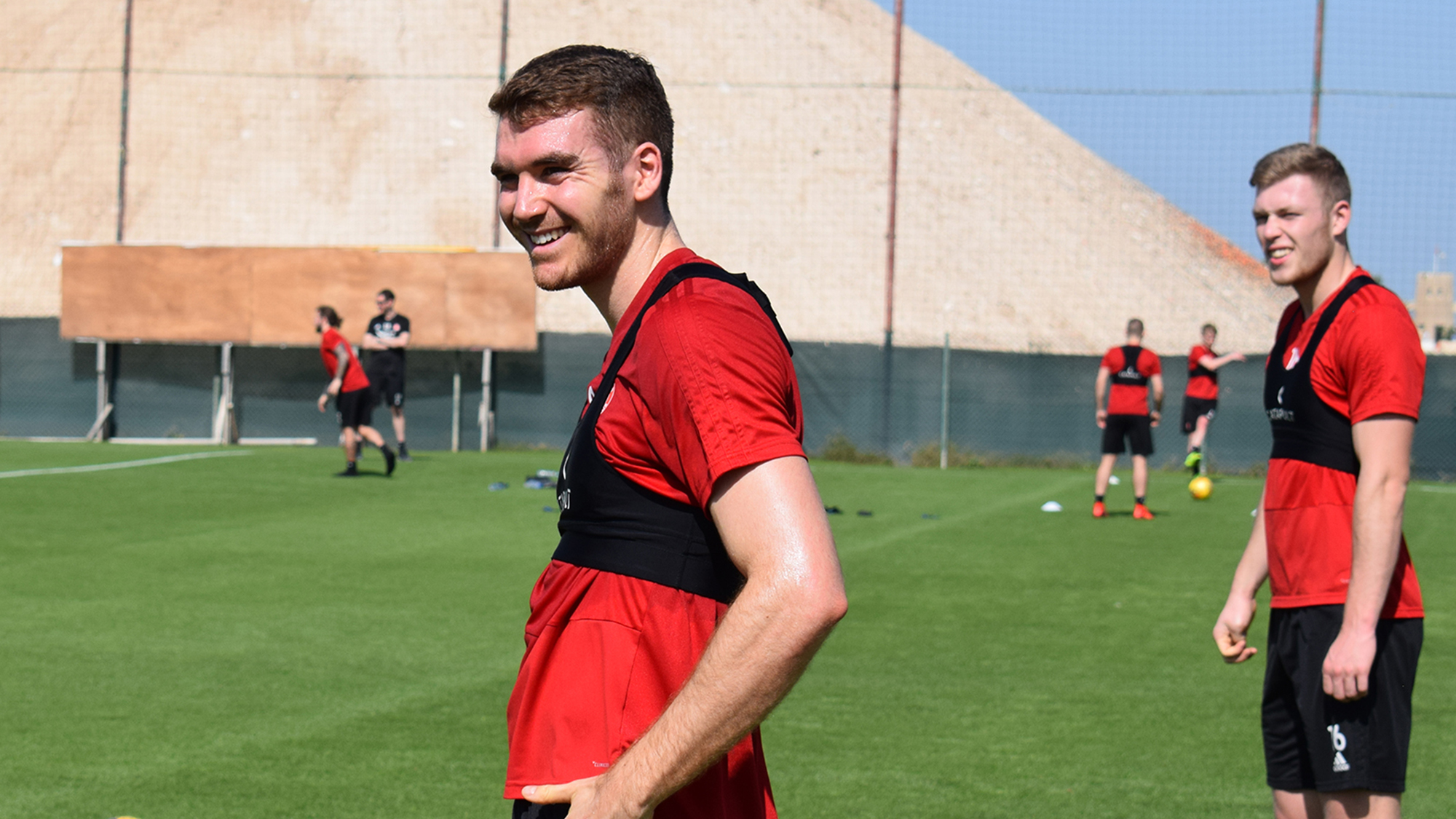 Tommie Hoban spoke to RedTV at the first team winter training camp in Dubai as he prepares to make his comeback from a long-term injury. To watch the interview please click on the red button above or read the quotes below:

“It was very frustrating. Having been out for the whole of last season I was hoping to really knuckle down and get a full season under my belt this year. It started fairly well and I was loving it up here, enjoying coming in every day and the boys were great making me feel welcome. Then unfortunately I had a bad fall on my shoulder and dislocated it and it needed surgery. It’s kind of put a halt to it, but I’m looking forward to getting back training and hopefully having a good second half of the season.

“It was great to come up and watch the boys (at Hampden) and they did unbelievable. Seeing those games gave me that incentive to keep pushing on with the rehab and it made me want to come back and be apart of it. Hopefully we can recreate something similar in the Scottish Cup in the second half of the season and go a step further this time.

“This week I’m using it to integrate back in. The shoulder’s feeling good, but there’s a few other niggly issues that I’m trying to iron out and get sorted this week and next week then hopefully I’m ready for the first game back in a week’s time.

“Everyone seems to pick up a knock at the same time then seem to come back at the same time, but competition can only be good for the team and hopefully it will push us on in training. When there is competition for places it usually has a positive impact on team performance and I’m sure it will be the same with us.

“It’s a great place here and the facilities are great. It is a good week of team bonding as back home we’re together a few hours each day, but here it’s 24/7 so it brings everyone closer and hopefully we’ll have that same impact for the second half of the season.

“In cup football anything can happen and yes we’re favourites to win and we will be expecting to win, but we’ll be preparing the same way we do for any other game. We’ll be expecting a tough test, but I’m confident we can get the three points and get off to a good start for the second half of the season.”