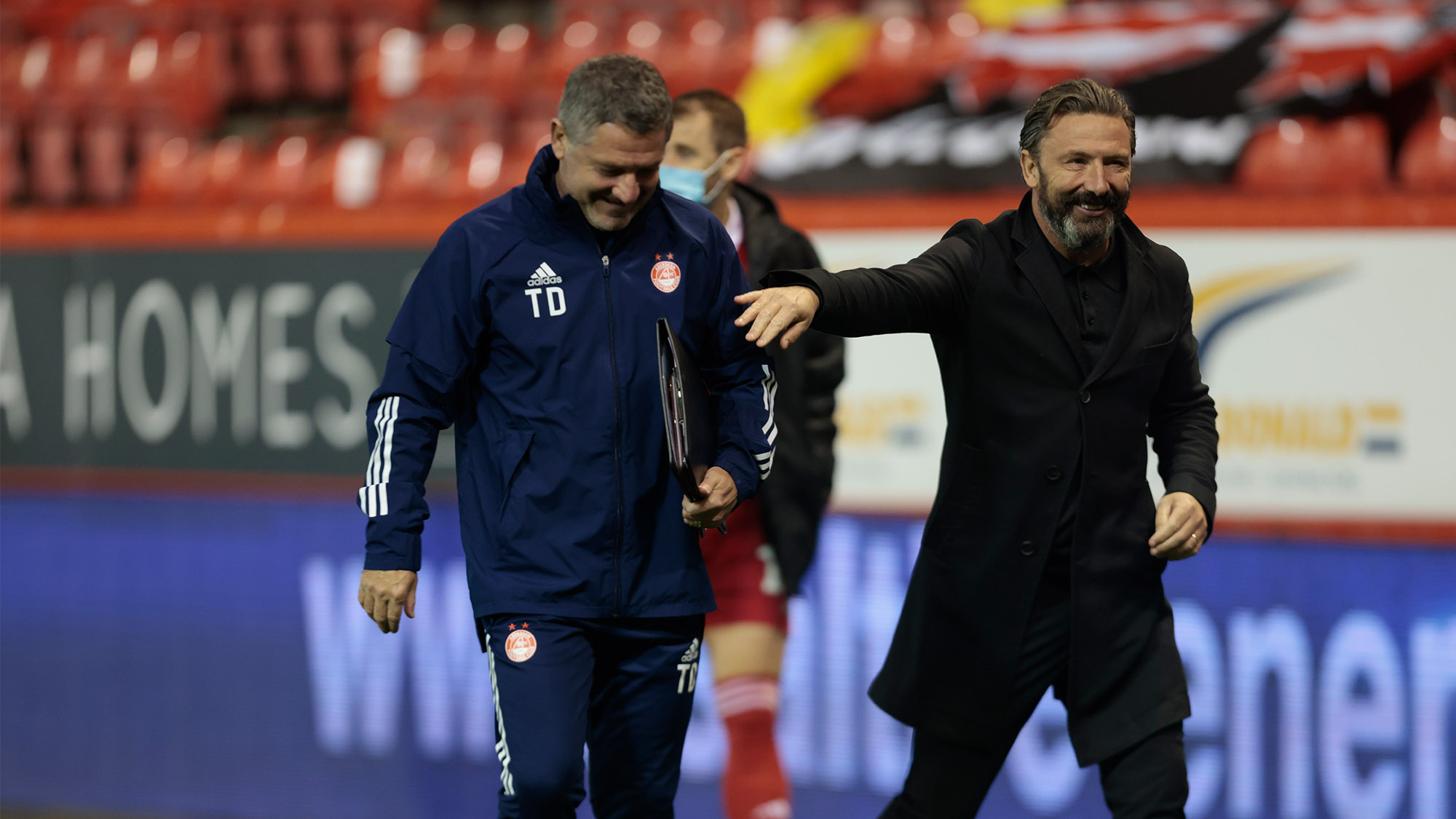 There’s more than one way to win a football match and after last Sunday’s fireworks in Dingwall, this time manager Derek McInnes was left praising his players’ character and perseverance as they came from behind to secure a late win over St. Mirren at Pittodrie.

“It’s the same three points as we got at Ross County, albeit in a different way, in a different kind of game. The spirit of the team was clear and it’s so important to have that in the team, it’s been synonymous with the team in my time here that they will go to the 93rd, 94th, 95th minute and I’ve said often enough that can be worth 12 or 15 points a season. Fitness, spirit and motivation in the team is so important and we do have a brilliant spirit among the boys here.

“In a game like that one tonight, the passion and emotion would normally be generated by the crowd urging you on to try and get that late winner. They’re not there at the moment, we’re all playing in a sanitised atmosphere, but you still have to show that will to win, as the boys did tonight. They took that responsibility and good for them, they deserve a lot of praise for that.

“After going behind, questions were being asked of us and I thought the response of the players was terrific. Their perseverance, the relentlessness of how they worked was what we needed. I was able to change the flow of the game by making different substitutions and bringing different types of players on and I felt we were very good in that last 25 minutes.

“It looked like we might run out of time, but what a boy Ferguson is, he comes up with another big moment when it’s needed. That’s his trademark because although he was quiet tonight, he produced the goal when it mattered. But I don’t want to single anyone out, all the players were desperate to make sure they got the three points tonight, regardless of how the game was going, and that’s an important characteristic to have in the squad.” 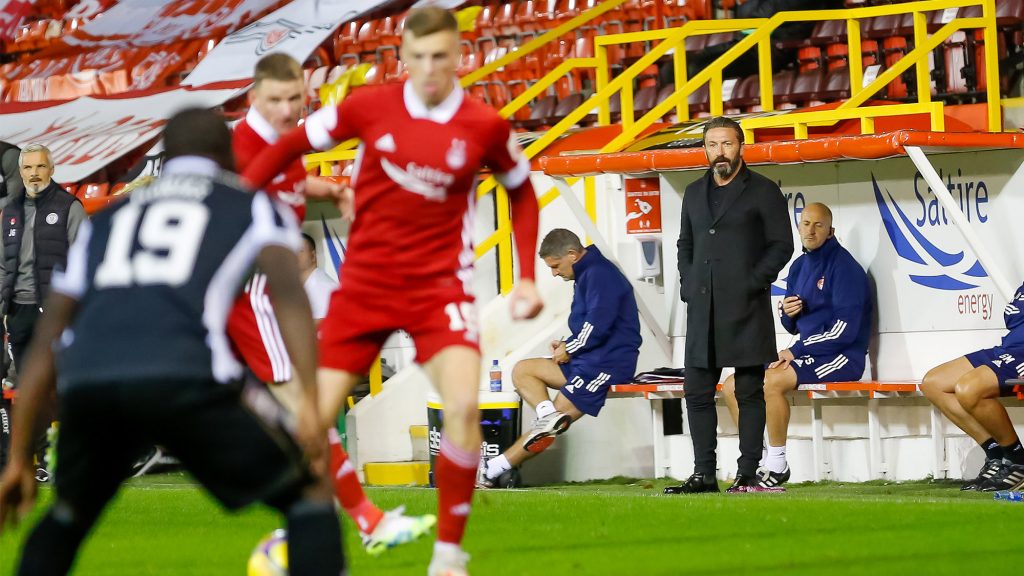 The win was the 150th league victory under Derek McInnes in his time at the club and it was one where his substitutions proved crucial to changing the game.

“We’ve got a good strength of squad this season, we’ve got different options to change the game. Edmondson and McLennan changed things when they came on, even wee Bruce Anderson as well when he come on late on in the game, we kept St. Mirren penned in. We won’t often play with McLennan and Hayes at full-back plus two wingers and two strikers up the pitch, but we got our reward for it.

“Winning the game shows great character but ideally, you don’t want to have to be coming from behind in games and there are things we need to learn from tonight. I thought we started well, in the first ten minutes we saw a lot of the good things we’ve seen from the team of late, the elements we get from Wright, Hedges, Hayes, Watkins. We looked bright but the game became a bit untidy, it wasn’t the kind of game we wanted it to be. We became a bit slow in our build up play, there wasn’t the flow to it that we wanted. St. Mirren were very physical, very competitive and we didn’t deal with that side of it well enough.

“Three-quarters of our home games are going to be something similar to that, playing against teams who will come here to play in that way, and we’re going to have to get better at dealing with it, asking more questions and being more dominant in our play.

“Saying all that, across the 90 minutes, in terms of penalty box pressure, the team that deserved to win tonight did win. But we had to work at it and give credit to St. Mirren for being so good at what they set out to do. It’s a sore one for them, I’ve been that manager on the receiving end of late goals before now, but thankfully my team found the way to win tonight. You have to do that across a season.

“Last week, everyone had glowing praise for us at Ross County, where tonight wasn’t about that, it was about another side of the game and you get another kind of satisfaction from that, as you saw from the celebrations at the end. It means we can go into the international break with some real reward and satisfaction from the work we’ve done.” 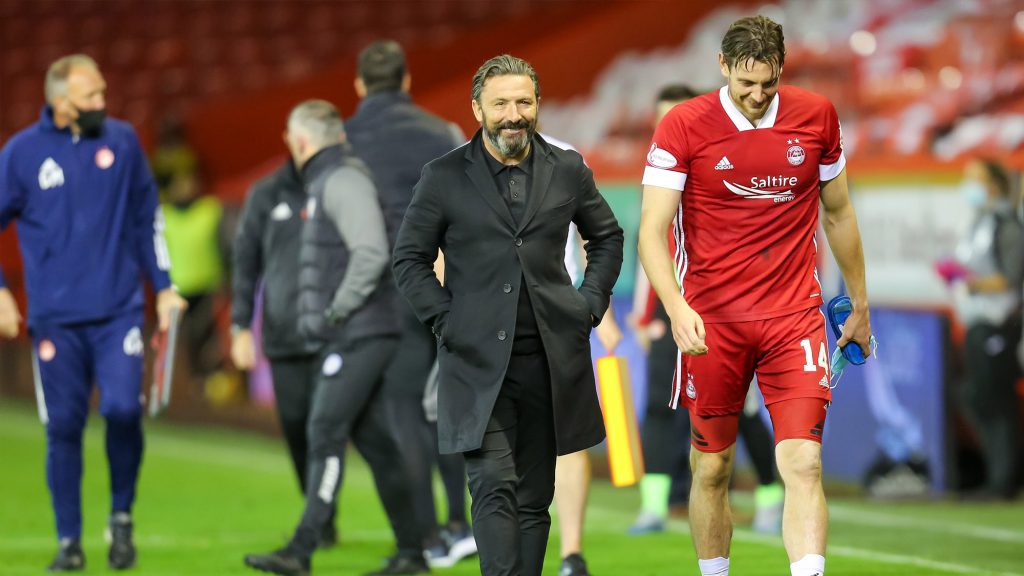