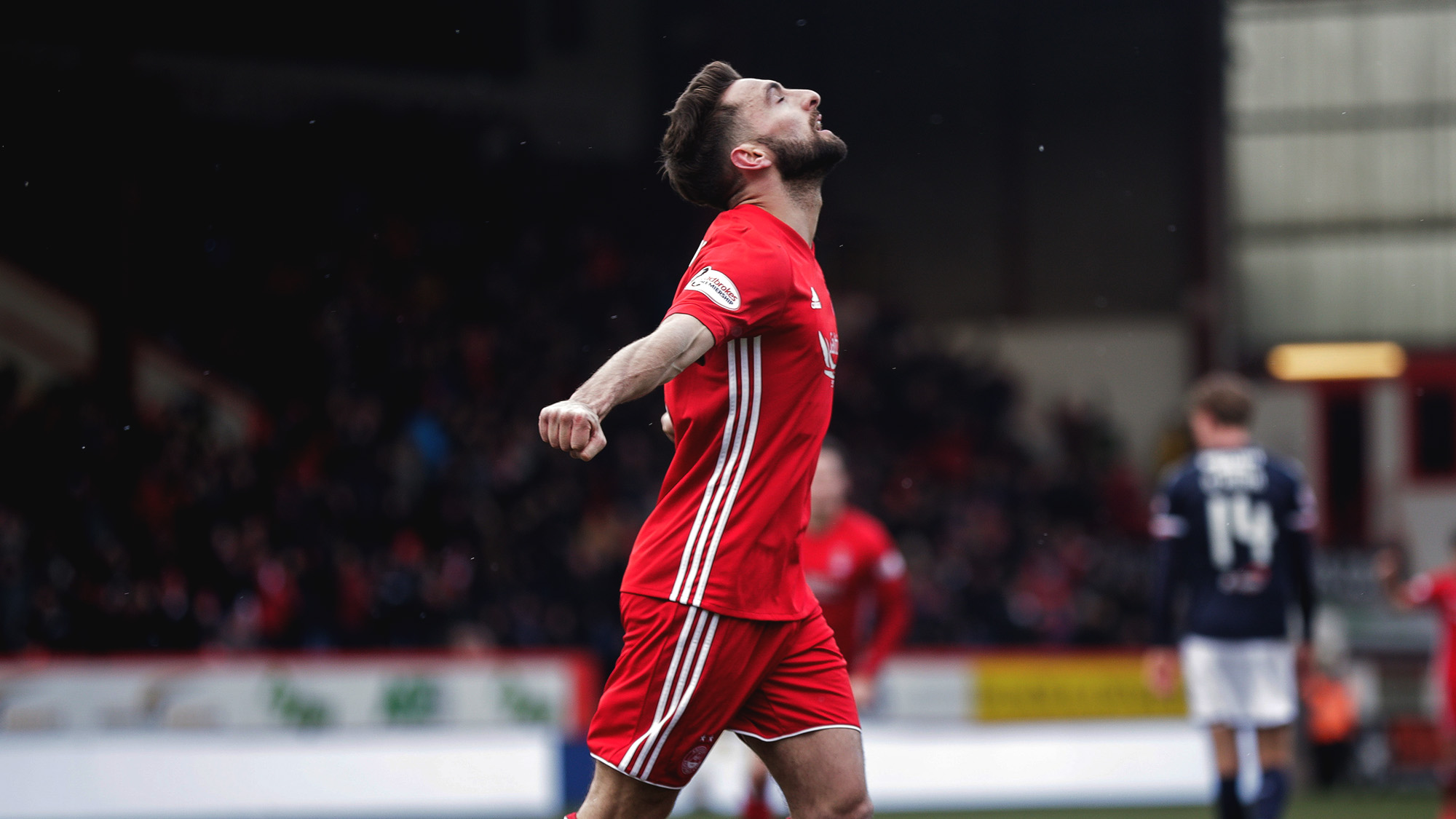 The winning goalscorer and the man of the match. Graeme spoke to RedTV after the game.

“To be fair we felt reasonably comfortable in the game.

“The only real time is when Freddie bailed us out with a brilliant save and credit to him, he gave us that platform to build on and get a clean sheet.

“Second half especially we felt really comfortable. I thought if anything we’d have went on and got a couple of goals, which we maybe should of. I thought the second half we controlled it well and I that’s the third clean sheet in 90 minutes, so it gives us something to build on. At this stage of the season 1-0 will do us.

“I’m always happy to get as many goals as I can.

“It felt like it took ages for it to come down! Going through my head, I thought if I blast it, there is a chance it might end up in the Merkland Stand! Eventually I just sklaffed it with the ball coming off my studs. It is one of them that you are just delighted to see hit the back of the net. I think it was the first goal I have scored like that. Now I know how Adam Rooney feels scoring all those tap ins.

“It’s been a good week for us. Obviously getting through to the semi-final at Hampden was something we were determined to do, and we managed to do that. Again, today was a case of trying to win the game and going into the international break with three points. It’s been a good week in terms of that. There’s a lot of boys going away on international duty and good luck to them, but the ones that aren’t, need to rest up and recharge the batteries for another important end to the season.”