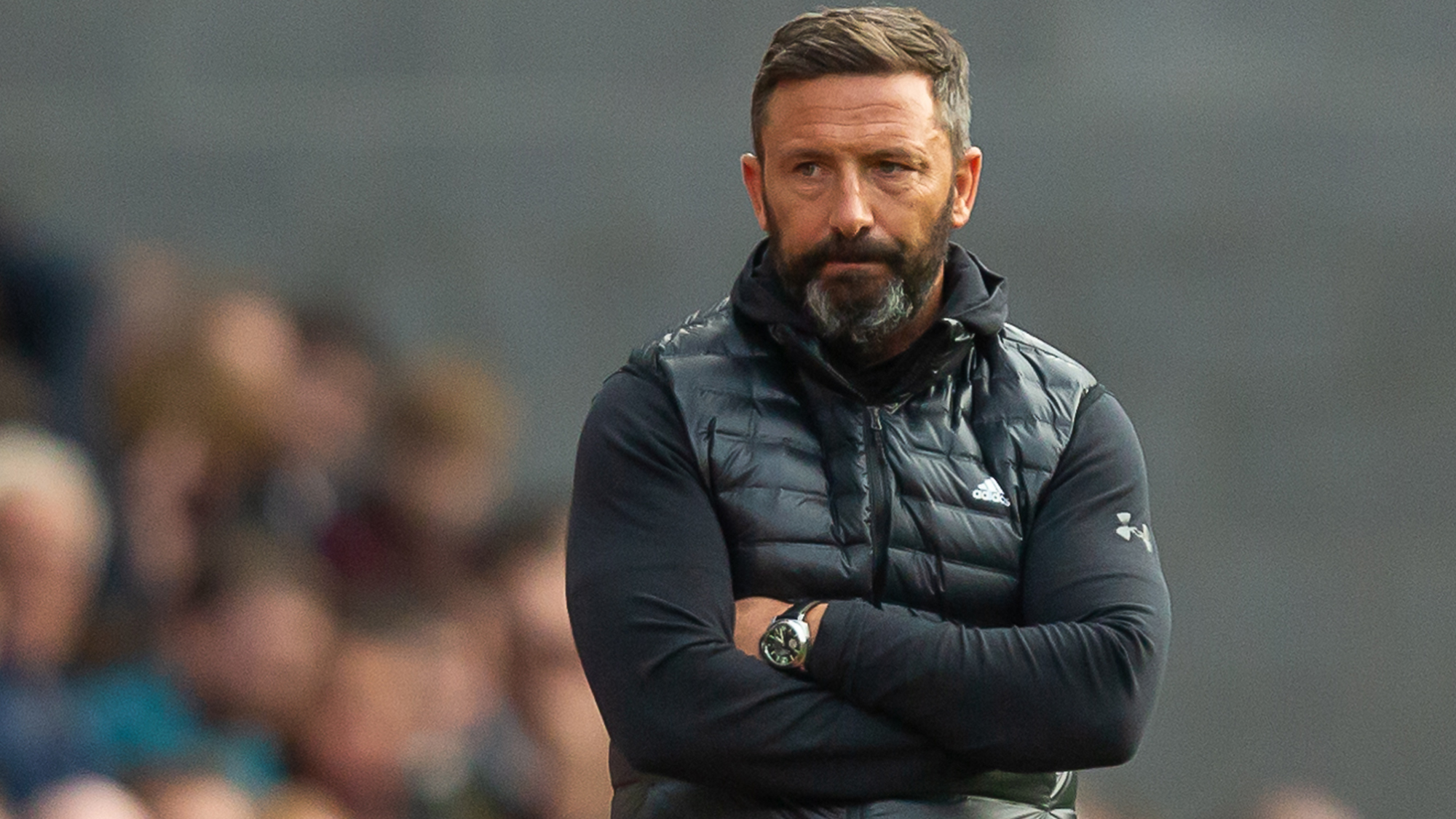 “I thought it was a game of two halves.

“We gave the players every warning about how strong Hearts are at home. I think this is the best Hearts team there’s been in a long time and the crowd here were brilliant, they get right behind their team and they create a brilliant atmosphere.

“I felt Hearts started far more aggressively than us.

“We had to play beyond them more than we did and we had to show more belief and encouragement and we were loose with our clearances.

“Hands down Hearts were the better team, but I said to Tony just before Hearts scored that Joe’s not had too much to do. Although I was contemplating making the changes at half time as it was clear that something had to change.

“It wasn’t the wrong team that was out on the pitch today, it was as a team who weren’t ready for the intensity of Hearts which is not a concern, but it’s disappointing as a manager when you see that.

“I just thought we played a bit young and lacked that belief in the first half to get on the ball and play.

“The first goal we have an opportunity to stop the cross, we should organise ourselves better; we have a spare man at the edge of the box and we needed a man out on the touchline. It’s far too easy for that ball to come in.

“The second goal is the one that I’m really disappointed with.

“I’ve seen it again. My feelings at the time were the same, I asked the referee at half time what he gave it for. Young Lewis has been fouled by Naismith. I think Naismith’s actually slipped and goes into Lewis, but Lewis is clearly impeded and he’s leaned down and its hit his arm but he is only trying to stop his fall.

“I just think we’ve got to be better than that (the officials) and you’ve got to see that for what it is.

“It’s not a penalty.

“The crowd here can have a big influence on things. I thought the atmosphere was brilliant, but I just wanted my team to make more of a fist of it, but the second goal is ultimately the one that separates us and it made the task more difficult at half time.

“I made the changes and we were far better.

“The two most influential players in the first half were MacLean and Naismith and we nullified them in the second half. MacLean comes off.

“After we scored we had chances to get an equaliser and I felt during the second half an equaliser was coming.

“So we were far better second half.

“But hands down Hearts were fantastic first half and you can see why they are doing so well and for the first time in a long time they’ve got a decent team. The crowd have bought into it.

“It’ll be tough for any team coming here. We can’t expect to come down here and win the game playing for 45 minutes. We nearly got something out of it and if the decisions maybe go our way, I was very unhappy with a lot of the decisions, and we play the way we did in the second half, we may get something out of the game, but I don’t think any team can come here and expect to play for only 45 minutes and win a game at Hearts.”