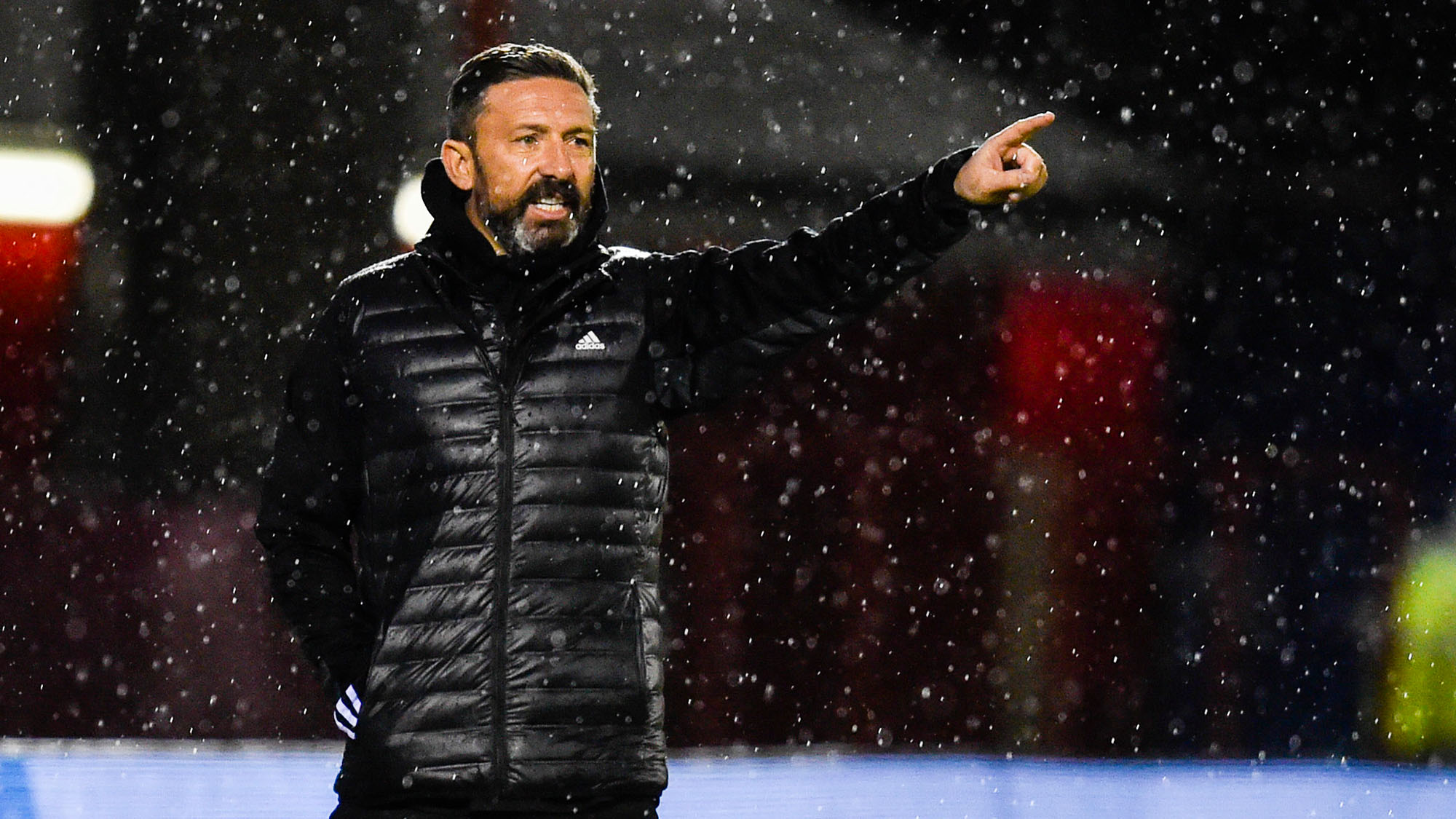 “I have spoken in the past about how highly I regard Brian’s team. I have been impressed with them and we knew we had a game on our hands tonight.

“We took advantage of some of the spaces that were afforded to us.

“Once we go the first goal, which was a very good goal from Curtis, the confidence in the final third was evident.

“The tenacity and the work rate was there from the start from the players, as it has been in all of the games.

“I do feel like it was a weight lifted off of everyone after Curtis gets his goal.

“It was a very calm finish. He bends his run brilliantly to stay onside. He gets us up and running.

“From there on we were very clinical with our work.

“With Niall playing more centrally we got the benefit of that for his goal. It was a nice calm finish. It was good play from everybody. Curtis and Lewis did well to link it.

“The last goal was our left sided centre back, Considine, crossing for our right wing back, McLennan and that shows you the intent of the team.

“There were far more crosses into the box, more shots. We could have scored more and that pleased me.

“The performances have been decent of late but in the final third we have been falling well short. Tonight, we were clinical with our work and get our reward for being a bit more positive and braver in that area.

“We gave away possession on the halfway line and we didn’t clear our box. We should look after the ball better. Hamilton asked a bit more questions in the second half, the wind was picking up and we had to defend a bit more than we did in the first half.

“We are disappointed that we didn’t defend that situation better.

“I would have taken any victory tonight because it was just about getting back to winning ways and getting three points. 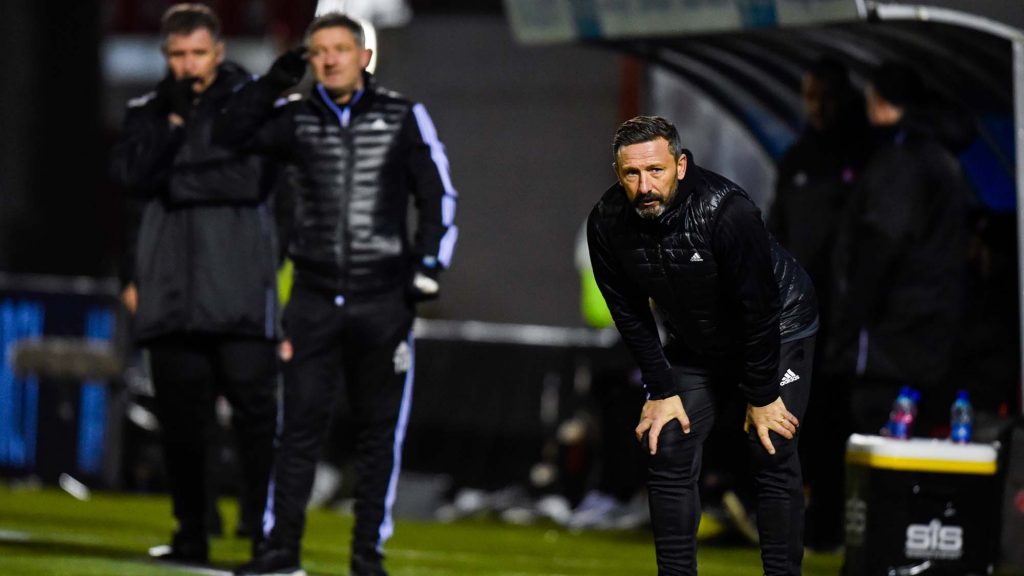 “The fact that we scored three goals, could have scored more, at a very difficult venue, pleases me. Hopefully it puts a smile on the majority of the supporters, and they enjoyed tonight.

“The ones that braved the elements to come here tonight I thank for coming. They had an option not to come on a night like tonight, it was tough out there. Thankfully we managed to get a winning team performance.

“He is the one player out of the whole squad who has not had as many opportunities as others. We have tried different areas. Wee Bruce will come, he is maybe not ready to lead the line for Aberdeen at the minute. He has had minutes and he has a part to play.

“In those wider areas we have tried different options.

“It was important coming into tonight that Connor and Curtis proved their worth.

“It was great for Connor to get his goal.

“For Curtis it is a reward for his professionalism, and it is also a reward for his single mindedness with the fact that he has never let his head go down, even though he has not had those opportunities.

“The reason he has not had those opportunities is simply because we have got a 21-goal striker in the building. It is difficult to leave him out especially when you are looking for goals.

“Adam Rooney used to go on similar types of runs where he wouldn’t score for five games but once he scored, he was off again.

“Sam had to come out of the team just to get him going and he will go again. It will do him no harm to get a wee break, watch from the side and then come back in even stronger. It is good that Curtis’ contribution is recognised by everybody tonight. 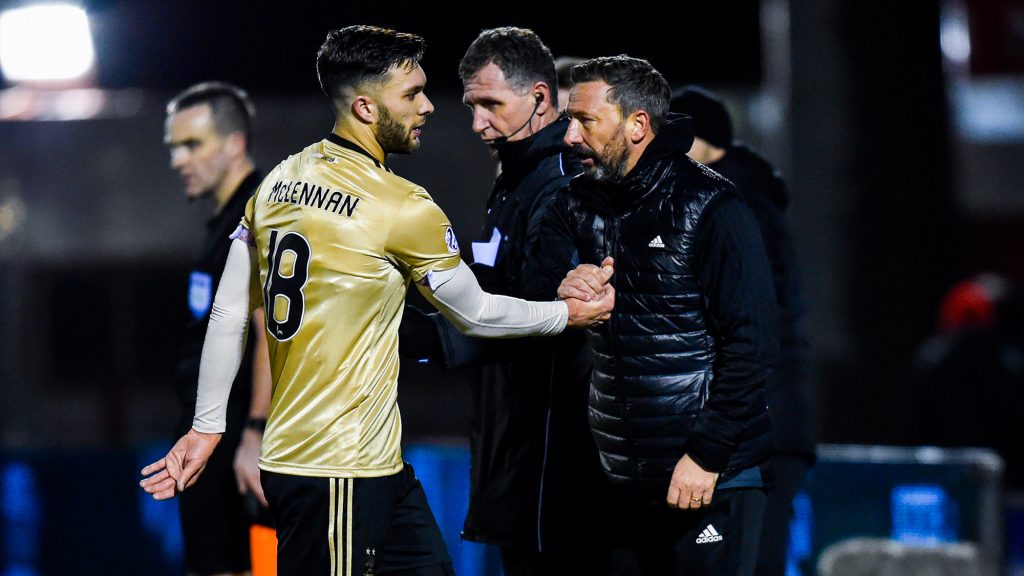 “It is another game that is going to be tough. The two games we had against the Old Firm earlier in the season we got torn apart and battered. We gave away cheap goals.

“Hopefully that is the Aberdeen team we get on Sunday and it gives us a chance to get a result.”