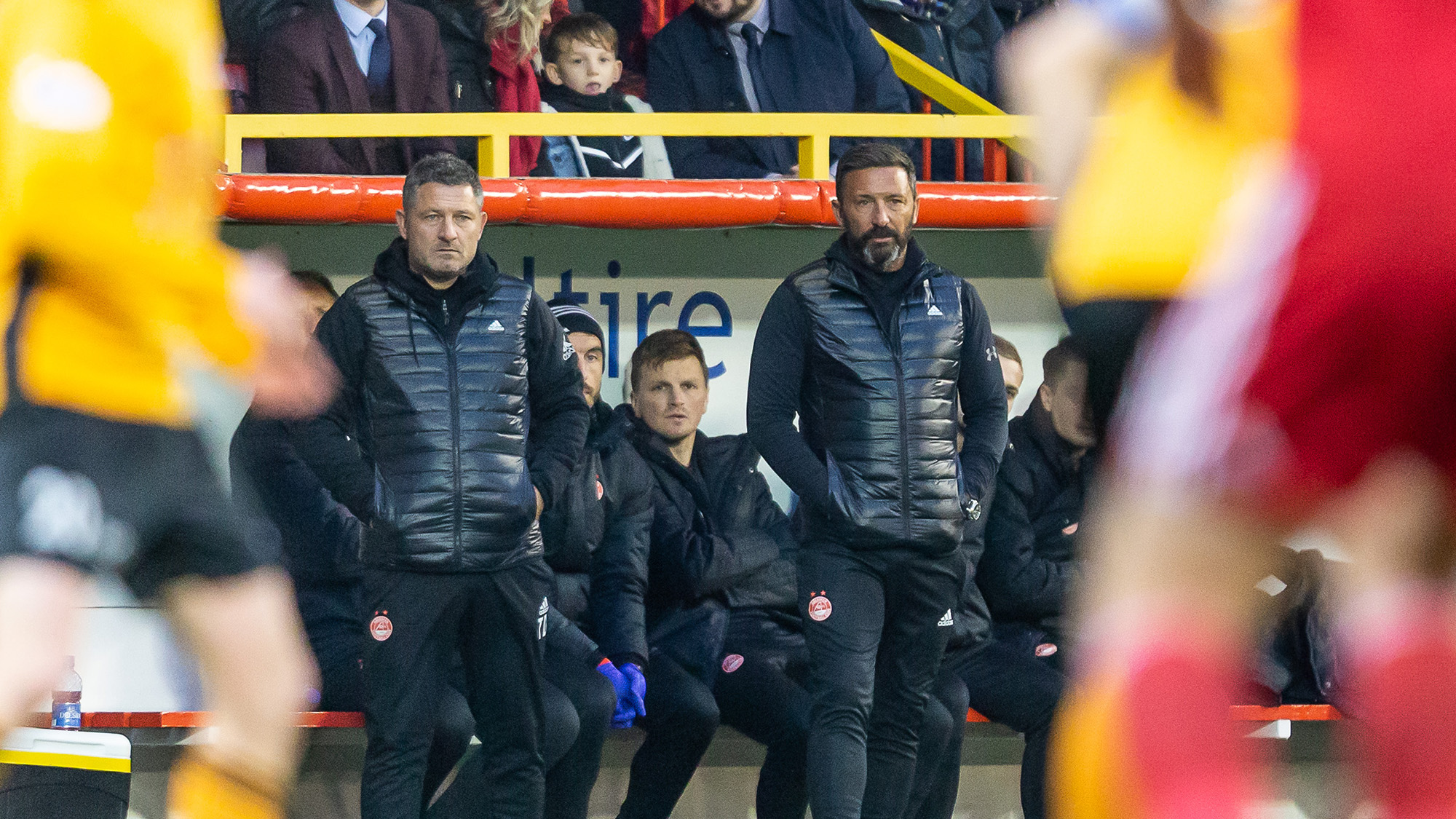 “It’s not so much anger.

“Truth be told we’ve got to be relieved because when it’s one each in a cup tie it could have gone either way, even though we were still expected to win.

“Although we had the bulk of the possession chances, you just felt we weren’t doing enough to win the game. It was a disjointed performance and brought moments of quality to the game, but it was too sporadic and it should have been far more intensified pressure on Stenhousemuir. While we’re really disappointed with the level of our performance in terms of quality I think you’ve got to praise Stenhousemuir.

“To a man they stuck to their game plan and got everybody behind the ball first half. Although we had a lot of possession, we never had too many chances at goal. For me we looked like a team that were rusty and never looked sharp. It’s always my biggest concern coming off the back of a break that we are ready to go again.

“We’ve had a couple of games we’ve come to in the cup in the cup scoring four goals against Stranraer and St Mirren and there’s been moments in those games where we’ve been a bit patchy.

“We had opportunities to get the second goal, which would have put the tie to bed and kill their resilience. When the goals don’t come it gives them that belief that they might just get the one chance and they got it.

“We gave away possession of the ball, but I’m disappointed we’ve not defended the cross.

“Stenhousemuir thoroughly deserve their replay and I wish I could play the game tomorrow. I just want us to get it out their system and take them on down there. We’ll be better for it having a couple of games going into that one.

“The credit today goes to Stenhousemuir and there’s frustration in my team’s performance.

“There was enough effort from the team but I thought it was too disjointed and too loose at times and as a consequence we weren’t as bright as we normally are.

“We’re expected to win and we all expected to win the game today, we’re firm favourites and we should have won. We didn’t and it doesn’t matter because any game you play you’ve still got to go take your chances and bring those moments of quality.

“Stenhousemuir made very few mistakes and they kept their discipline and shape so the onus was on us to bring the quality and we never. We all feel the same, it was a game we clearly wanted to win, but we didn’t. We’ve got another chance to do that in ten days’ time.

“We’re still in it and sometimes the poorest results come with defeats.

“As a player and manager, I can’t remember being involved in a cup shock in the Scottish game myself. I remember we lost a game at Morton to Danny McGrain’s Arbroath team when they were in the Second Division and that still resonates with me and I still feel that pain how I felt that day.

“I’ve always prided myself for my team to do the job professionally and bring enough quality to the game. I thought we were professional enough today, but we weren’t good enough certainly in that final third to cause enough problems to get the second and third goal.

“Ultimately the credit should go to Stenhousemuir. We’ll look at our own selves and the preparation going into it has been the exact same as in previous years, but today we never performed to our level.

“We’ll look forward to the Hamilton game and we’ll be better for it having played today in terms of the match sharpness and getting the minutes in the legs again. I’ve always felt we get better as we go along in the second half of the season. It’s hard to think about that game at the minute as that was a real disappointment.

“We’ve got a lot of players in there disappointed in their own performance, but collectively we feel the same pain and we’ve missed the opportunity to get ourselves into the next round. We’re thankful we’ve got another opportunity in ten days’ time to try and rectify a lot of the wrongs we brought to the game today.

Finally, the manager confirmed that the club have made an approach to Joe Shaughnessy to sign on a pre-contract.

“We spoke with Joe Shaughnessy’s agent and notified Tommy Wright about that and we’ve made an offer to Joe for next season. I’m sure we’re not the only club and we’ve made a pitch to bring him back to the club. Hopefully that can be the case, but I think he’s got other things to explore at the minute. Staying at St Johnstone is still an option for him as well, but we’ve made a pitch for it and hopefully Joe can be with us next season.” 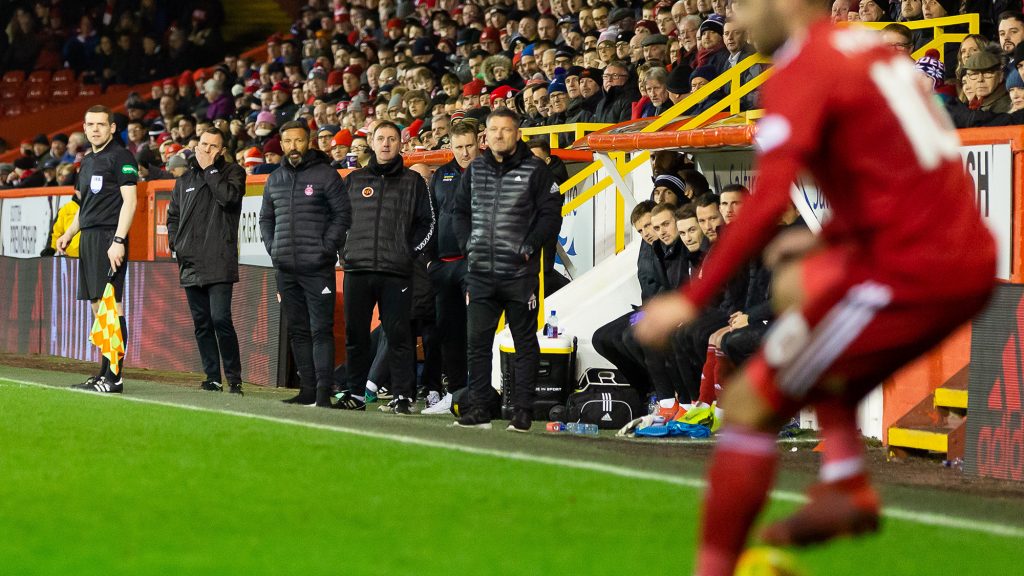