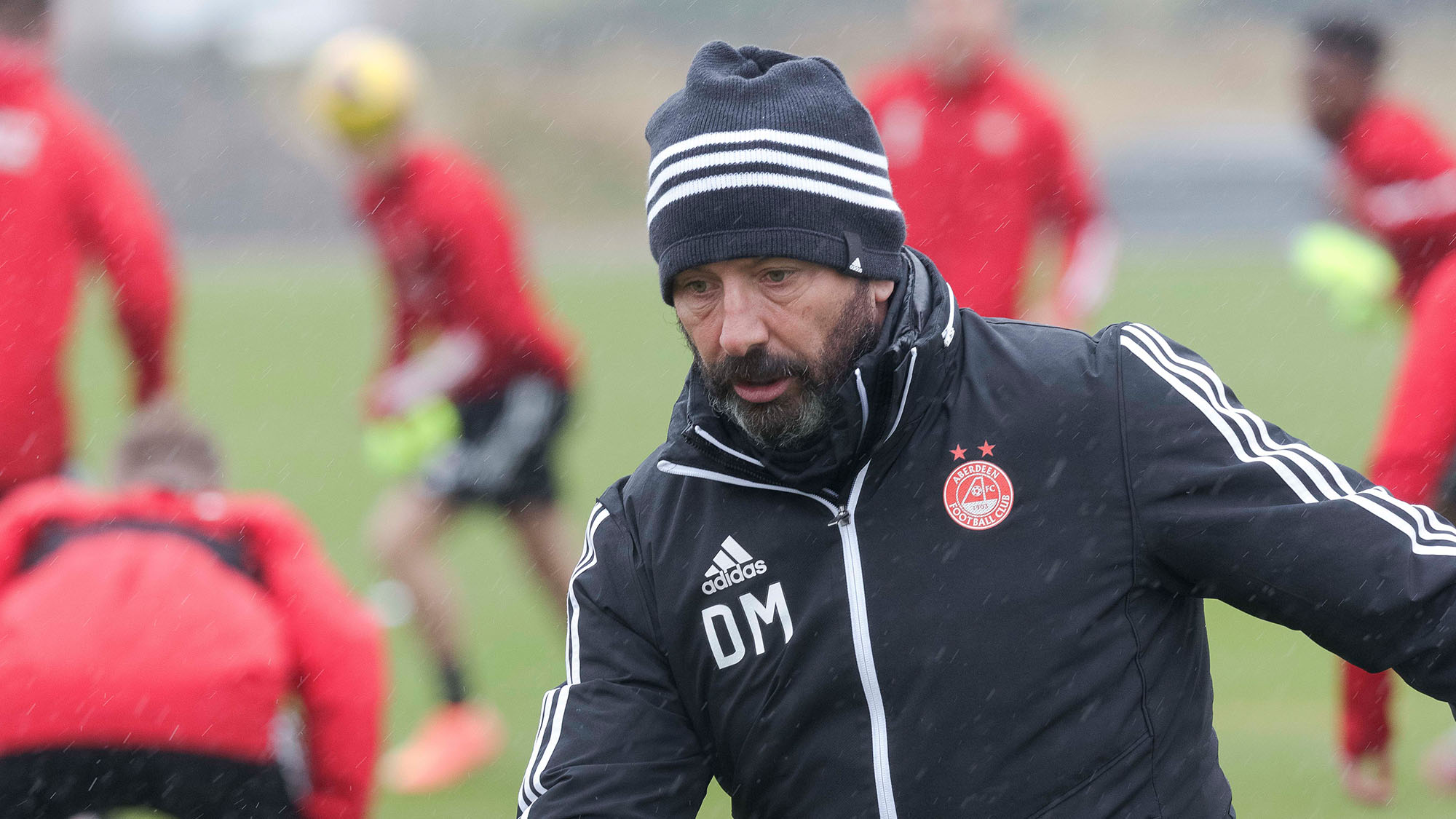 The Dons go into Friday night football against St. Mirren tomorrow without the crackling atmosphere that a Pittodrie crowd so often generates under the lights. Bearing that in mind, manager Derek McInnes had made it clear that he, his staff and the players all have to create the right atmosphere among themselves ahead of the game.

“We’ve had a couple of months now of playing behind closed doors. There’s a sanitised feel to it, it feels false in a way when supporters aren’t there. In these circumstances, the staff have to work hard to make the players feel as keyed up and ready as they would in normal circumstances, the self-motivation of the individual players is so important, it is asking different questions of players, mentally in particular. We’re still playing for points, even in an empty stadium.

“I always say the same thing about the game before a break and how important it is to play well and get a good result. Two weeks is a long time between games and if you go into it on a high, it lifts everything about the club whereas if you have a poor result, it’s a long time before you can play again and get it out of your system. A win would take us to 18 points from eight games and while clearly that isn’t perfect, it would still be a decent start for us.

“In terms of our squad, there are no changes from last weekend at Ross County. None of the boys that have been out recently will be back but everyone else is fit and available. Marley took a bit of a knock just before we took him off on Sunday, he had a shot blocked and got caught, but he’s trained this week and he’s absolutely fine.

“We’re hoping that, Sam, Mikey, Matty and Curtis can really crank up their work during the international break and when we come out of that, we might be able to have two or three of them in contention for the Dundee United game, though Sam is going to be a bit further away than the other boys. His knee is coming on fine, but it’s important we don’t rush it. The plan for him would be to be back in full training in the middle of October and it will be good to have those boys back in amongst it and ready for selection in due course.

RedTV | to watch the conference in full please click on the red button. Match preview to follow.