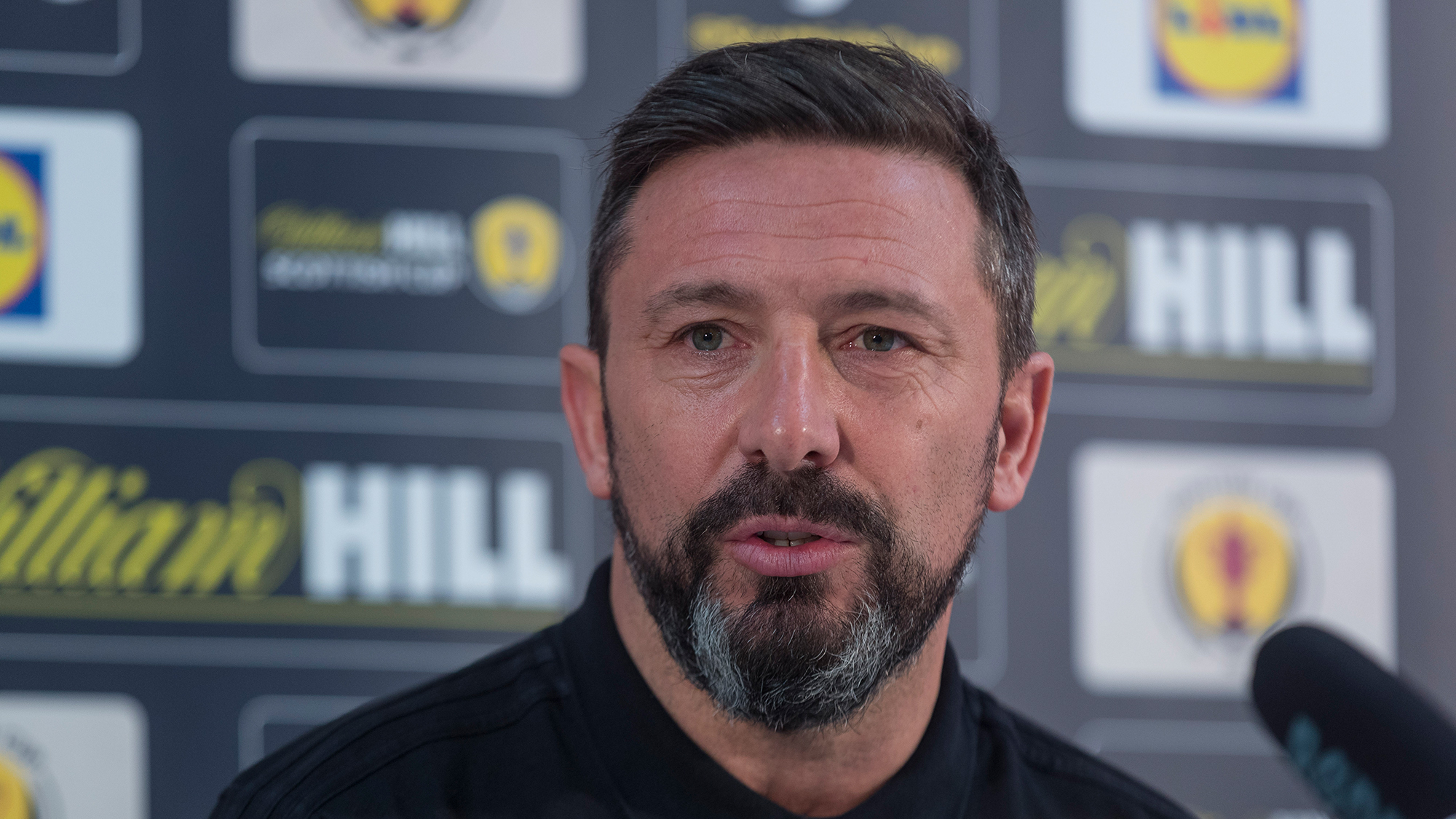 “We’re against a team in good form so with that in mind we can’t expect to go down there and be anything other than somewhere near our best to try and get through to the semi-final.

“It’s a brilliant opportunity for us. We feel as though we were in a strong position in the first game here. We were 1-0 up and we’ve caused a situation that allowed them to equalise, but sometimes that happens in the cup. It’s all about getting through and we’ve got a second chance to try and make amends and hopefully we can get the win we’re all looking for. We realise the importance of it, we know how important the cups are anyway, but even in the case of where we are at the minute we know how much of a lift it will give everyone if we can get the job done, win the game and get into the semi-final.

“It’s a bit dramatic to say that (season defining game) but it gives us an opportunity to have a successful campaign. As it will for Kilmarnock. They’ll be seeing it as the exact same way, as will Motherwell and anybody left in the cup will see it that way. We felt at the start of the competition it’s a competition we set out to win, regardless of who we’re up against or how the draw is. We still see that. We’re now sitting in third position in the league and we’ve been used to being better than that the past few seasons, but there’s still a lot of points to be gained in the league so it’s not a season defining game tomorrow, but for the perception of it I think it will help us with our league form if we could get the win tomorrow. Also there is that feel good factor and momentum, we need to give the supporters a lift. Hopefully we can get into that semi-final because we know having strong cup runs is important to everyone.

“Defensively we were very good (on Saturday). That pleases me, and we got a clean sheet away from home. I thought we controlled spells of the game, but clearly, we’ve got to be working the goalkeeper more and I expect more in the attacking third from us all as a team. Hopefully we can ask the question a bit more if we get into those areas again tomorrow night.

“I think what we are up against is a team who are very confident at the minute. They’ve done fantastically well, in a strong vain of form and they’ve manged to beat the majority of teams. They’re doing very well, but that said Thistle were fighting for their lives and didn’t give us too much. I’m just looking for more from us as a team in the final third. Yes, it comes down to individuals at times, but I think in that final third just being more instinctive, taking more opportunities when we get into those areas, asking the question a bit more. Hopefully that combined with another solid defensive performance we might just get the victory we’re looking for.

“I’m always confident in my team. I know we don’t always get the result and I there’s been a couple of draws in the last two games with Kilmarnock and Partick, it’s not perfect preparation going into it, but I’m always confident and every time we go onto the pitch I expect us to win. We always try and win the game, so I know we have to be better than we have been in the attacking third and I thought defensively it was a big step forward for us at the weekend. I was really pleased. I thought at full-back and centre half we were very strong, so we need to be that tomorrow night, but hopefully ask and demand a bit more from our front players to make sure we get that all important goal.

“For me what’s been said has been said. I feel as though I had to respond, and we’ve responded. It’s not about the managers, it’s about the teams. There’s a lot of good players on show tomorrow night and both sets of players are capable of big moments and it will be about the teams hopefully. That’s how everybody else looks at it, hopefully my team’s better than Kilmarnock tomorrow and we look forward to a semi-final. The opportunity is there for us to go and grab and I’m sure the players will be doing everything they can to make sure that’s the case.

“Everybody’s fit and available for the game. There were a couple of wee minor knocks from the weekend and one or two will have a light training session this morning, but all good today.

“I think we all realise the importance of it. The players won’t know any different. We’ve got to just play the game, you don’t play the situation. You’ve got to make sure you’re motivated enough and don’t think it’s an important game, of course it is, but it’s getting the balance right between importance and just being what the players are. Play the game and not the situation.

“Once you get to the semi-final stage and get to Hampden the experience may play a part. We’re looking to get to our sixth semi-final in five years and we’ve got players here where it’ll be new to them. I think ideally, we use that experience to get through the tie, but I don’t think it’s hugely important over Kilmarnock. I think when you get to Hampden in semi-finals and finals, when you’re revisiting those circumstances can only help.

“I think Kilmarnock for the first time in a long time are enjoying playing at home. That’s credit to them for that. We’ve always quite enjoyed going down there and we’ve had some positive results. All that shows it will likely be a tight game. It might come down to a bit of quality, it might come down to concentration, or luck, but we’ve just got to do all we can to make sure it goes our way and I’m confident we can get the job done.”