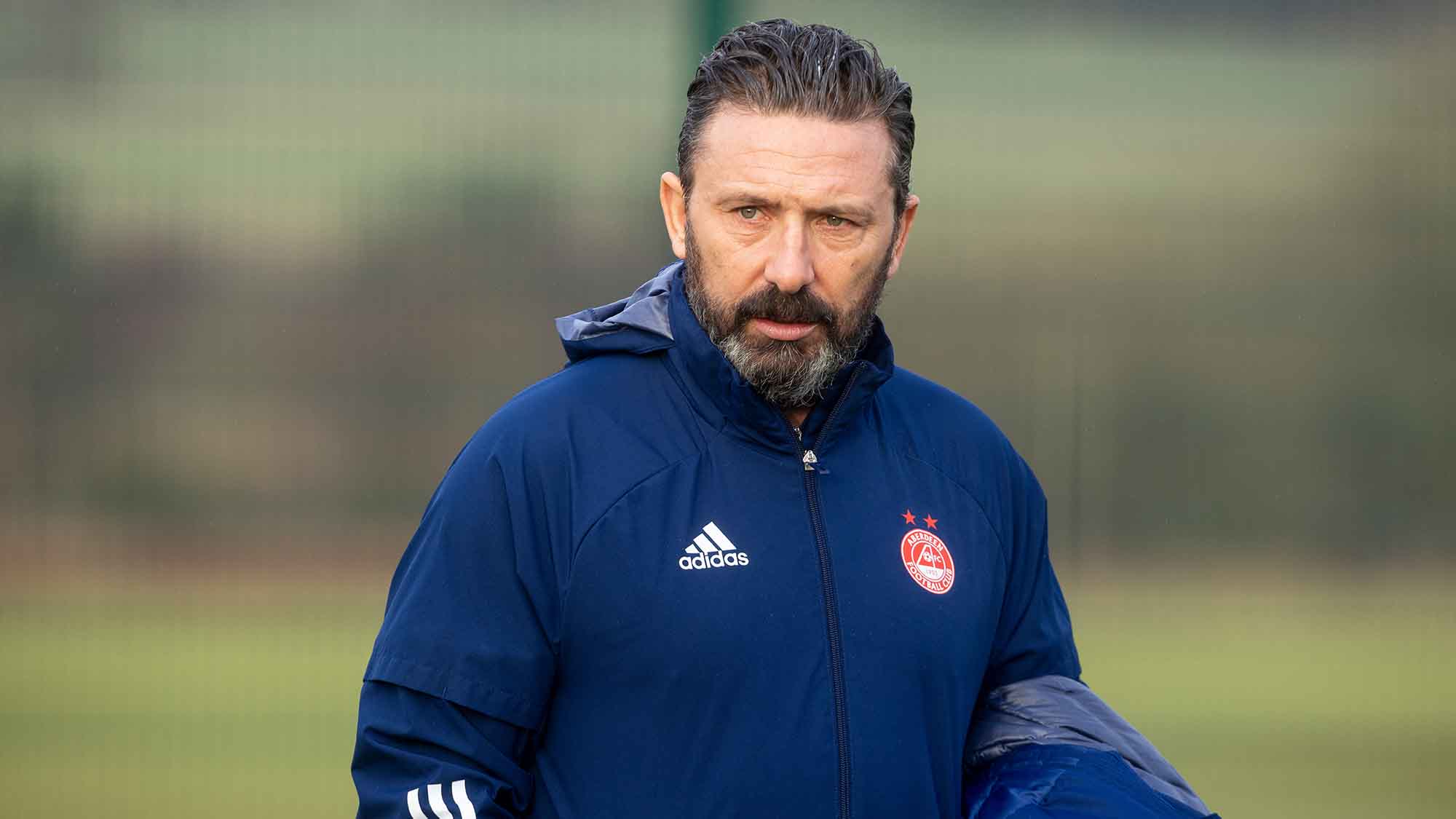 The Manager did his weekly pre-match media conference on Friday morning at Cormack Park. He revealed that there is unlikely to be any new faces arriving during the January transfer window.

“Nobody will be signing in January.

“We run as we are. We have a squad that has got to third in the league and we want to try and improve on that in the second half of the season.

“If we can get a fair wind with injuries and try to get our best players available more often, then we are more confident of meeting our objectives of getting into Europe again and having a good second half of the campaign.

“There is not a manager who won’t want to make one or two adjustments to the squad. We are not in a position where we are able to do that.

“Marley Watkins won’t be back. His injury will keep him out until the back end of February, beginning of March, he won’t be back in January.

“If somebody moved on it may change things. We don’t plan on selling anyone in January so we stay as we are.

“Clubs have got to be responsible in this climate, we have got to be smart with what we are doing and make as many good decisions as they can. Every manager would like to make changes in a window, and I am no different. But I have also got to accept and recognises the situation the whole country is in.

“I believe in this squad and despite all of the difficulties we have had we are still sitting third in the league with a healthy points return.

He also confirmed that contract talks with Scott Wright had stalled.

“We have been trying for the last three to four months to get Scott to resign because he has been a key player for us. We have been patient with his development, we have worked with him for a long time. I have a high regard for him as a boy and as a player. He has taken that extra responsibility on which we have been delighted with.

“As a consequence of that we have been key to try and extend his stay with us. It has not been easy to do. Scott through his agent and Scott himself have indicated that he wants to keep his options open and maybe look at options down south. That is a players right. We have got to respect that. By the same token we are disappointed with it. I don’t think that the door is closed on it but the truth of matter is we are no further forward and the truth of the matter is his likely destination is going to be down south.

“This isn’t a financial issue, I have to stress that, Scott wants to look at his options. We are used to this. We get players that we want to keep and they want to look at destinations elsewhere. We want to try and deal with that the best we can. It doesn’t change anything the way that I feel about Scott. He is a good boy; I have enjoyed working with him. I have known him since he was a young boy, and he is now 24 years of age. I do feel that just as we are getting him into that more pivotal role and working closely with him in the first team and being more relevant, it is a disappointing that it is not likely to continue.

“He is in the squad for the weekend and he is back fit. Scott is still an integral part of the team and the squad and we are delighted that he is fit and available. While he is an Aberdeen player we will try and use him.

Meanwhile Greg Leigh will also remain with the squad for the second half of the season.

“I am delighted that we managed to get Greg to sign for a longer period.

“After we sold Scott McKenna for a club record fee, it left us short defensively and with the injury to Mikey Devlin it left us with four defenders. Getting back Greg back next week will be brilliant for us.

“He not only provides that strength in the squad but also the ability to play two or three positions within the defensive framework. Greg was keen to stay, I was keen to have him, so I am delighted that we have found a way to make it work.”