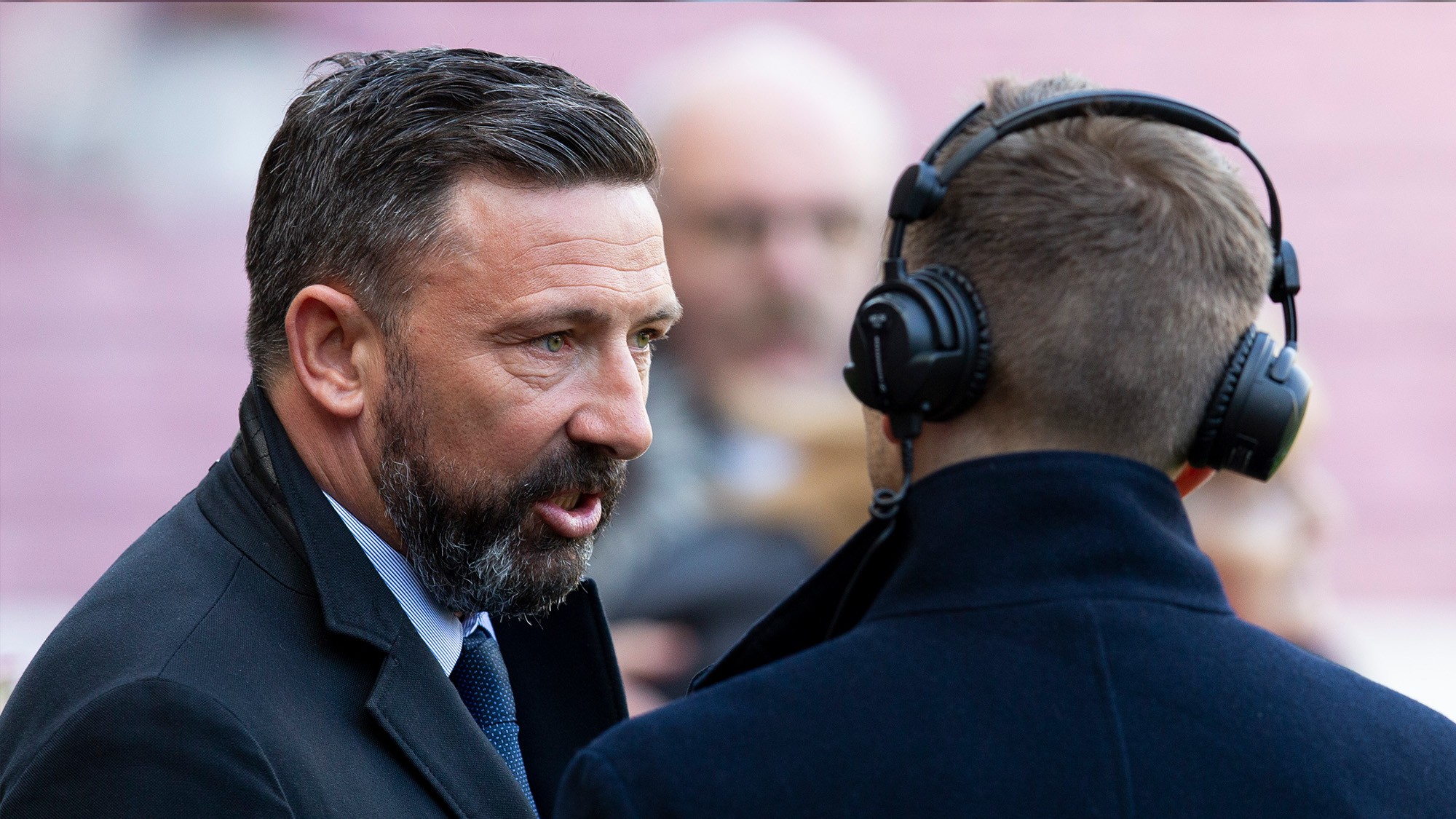 “First half I thought we looked like a team who is used to travelling all over the country and imposing ourselves on the game. We had good strength about us, we had good confidence about us and we deservedly get the first goal and we possibly passed up a few other opportunities. Everything about the performance was what I was hoping for and what I was expecting.

“I think half time comes at the wrong time for us.

“We stressed the importance to the players – to keep doing exactly what we were doing, and I think half time maybe came at the right time for Hearts.

“I don’t think Hearts did anything different other than maybe asked the question of us a bit quicker by getting the ball forward. I thought their big striker up front caused us problems a bit more in the second half than he did in the first. None more so than the second goal. It is a long ball and we are firmly in charge of the situation and we allow them to score. Good centre forward play but looking at it from my side of things, he should not get the shot away.

“I think at 1-0, Hearts were always a threat from set play’s but I thought we stood up to that well first half.

“But they managed to get the crowd into it – the crowd here are brilliant – and any sort of opportunities and any sort of momentum they can grab onto, they always get behind their team really well and I thought they did that today.

“I thought we had maybe overcome a difficult spell at the start of the second half but we go from a really promising position for us getting a second goal – McLennan and Stewart look favourite to get a shot away in the six yard box when they are bearing down on goal. We go from there to conceding a penalty just inside our box without winning a tackle. We did not allow those distances to be travelled and those challenges were going in in the first half. From my point of view, the equalising goal was nowhere near good enough.

“For the penalty, I had to be convinced about it at the time. All I would say is that John Beaton is in such a good position and I would imagine he got it right from that distance. Again, I need to be fully convinced. I have spoken to my staff and we all agree that he is in such a good position it must be a penalty. But regardless, he should not get the chance to travel that far. Maybe we were guilty of chasing the second goal at that point, but I am very disappointed he has gone so far.

“Yes in certain areas of the pitch we were out muscled in the second half. 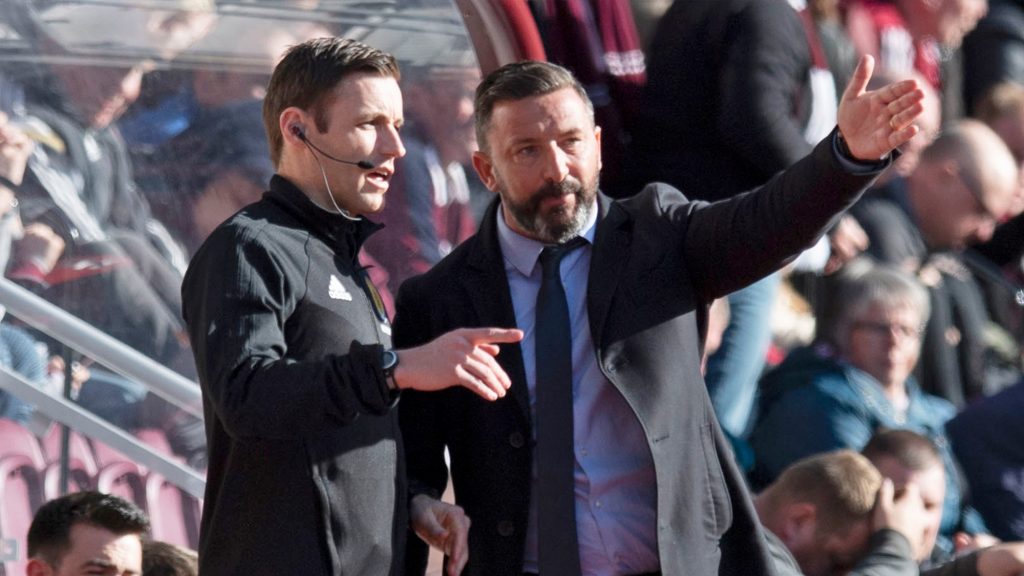 “If you look at the Hearts players, they are a huge side. To continually match that and deal with that physical presence, it is tough. Chipping away, chipping away, that physicality sometimes causes teams problems. As I say I felt we dealt with it well enough first half but in the second half we did not deal with certain situations as well as we should have.

“It is important when you play against a physical striker that you don’t get too tight. We were guilty of that is the second half after not doing it first half.

“I thought Ferguson and Shinnie did brilliantly the whole game to be honest. Ferguson showed real maturity and got the balance right between protecting his centre backs and getting us playing and supporting Shinnie and Stewart in the midfield area.

“Our away support are normally a good gauge of where we are in terms of performance. Our away support give us brilliant backing. That is played out in terms of results. Today they would have been scratching their heads because they were so good in the first half and so behind the team at that point.

“The second half, and to lose that game from a winning position is the most disappointing part of it.

“We have been to tougher venues and played against tougher teams and manged to see out the victory after we have got ourselves in front. And that is the disappointing thing.

“For the first time this season it is now going to be a struggle to reach the points tally that we set ourselves. We set targets at the start of the season of how many points we want as well as the target of getting to cup finals and making sure that we qualify for Europe as quickly as possible. It is still in our hands to do that, but we are going to have to get our hands dirty and work extremely hard to get the victories needed that are going to guarantee that.” 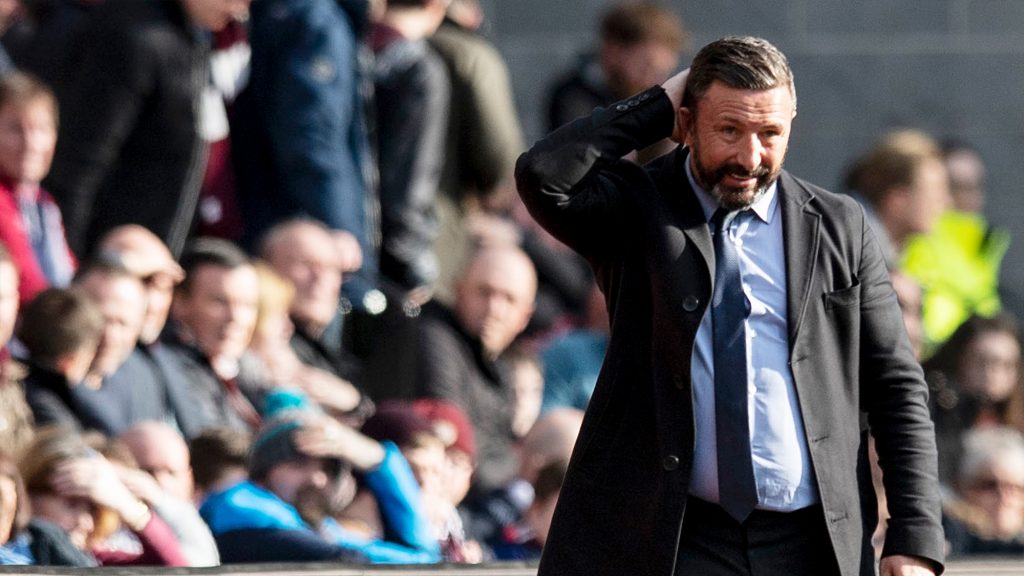