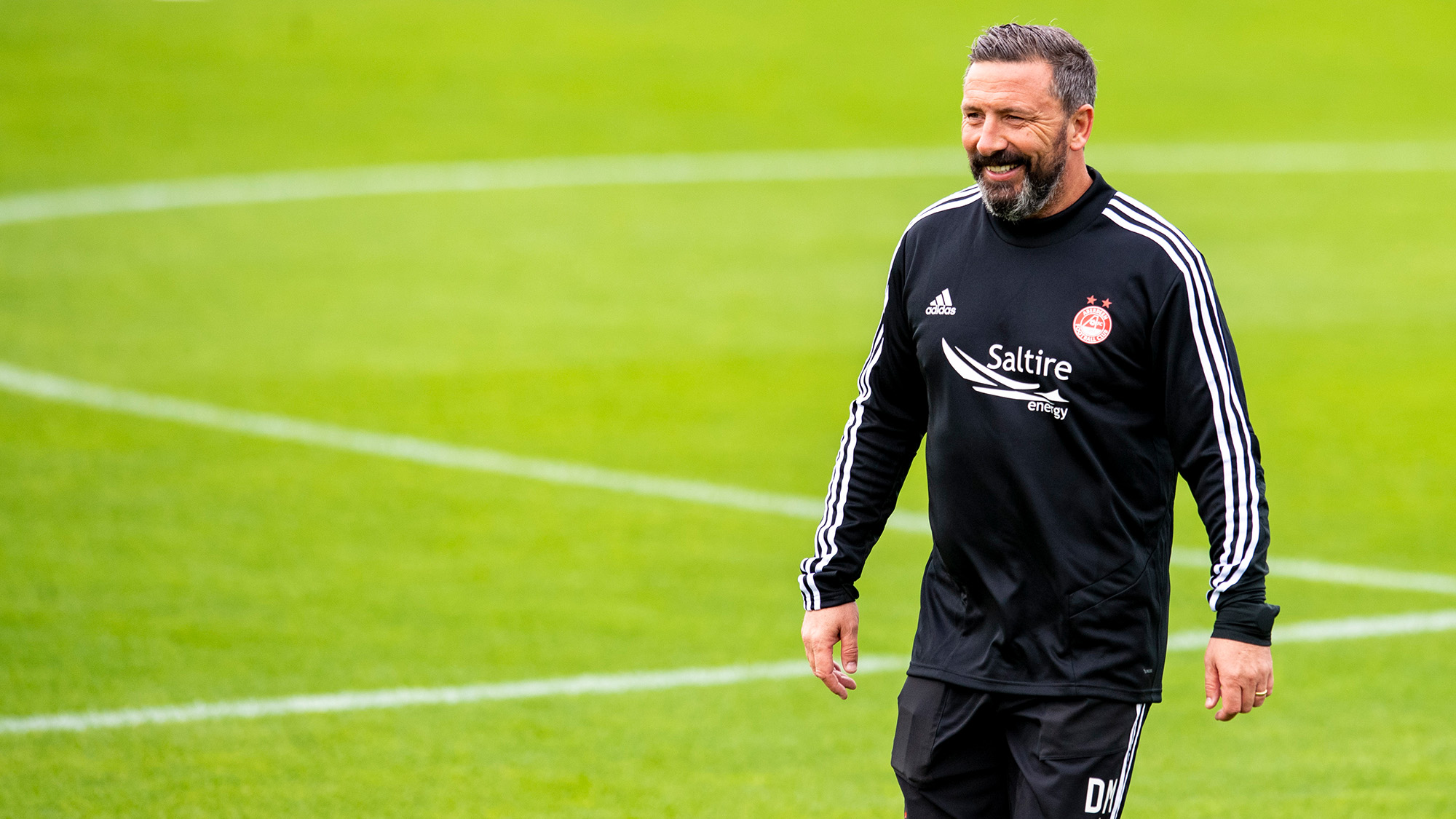 “I have spoken often enough about the benefits of coming here. We are grateful that the club have seen the importance of that as well.

“We had a couple of really difficult sessions at Cormack Park on Tuesday with the wind and the rain. Although the weather is not what it normally is out here, it is still far better than what is back home.

“We have got good pitches here. We can get the players together, they can concentrate on doing their work, it gets them away from any responsibilities that they have back home and just focus on themselves for the second half of the season, which we know is very important to us.

“We still have lots to try and work towards and this has always been the first step towards that.”

“He is a player that I have been eager to bring to the club for a while. Through one reason or another we haven’t been able to get him to the club until now.

“Now that he is here, we look forward to working with him.

“Dylan is one of those who can put his foot on the ball; orchestrate things for us and create a tempo for us.

“He has also got that last pass in him further up the pitch and I do think he will complement what we have got here.

“Craig Bryson had surgery a couple of days ago. The good news from that is it is not as bad as first feared in terms of the time. Hopefully he will be back even quicker than we thought.

“The fact of the matter is he is going to be out for a period of time so strengthening that midfield was a priority for us. I do feel that up until now we have always been a midfielder short in there, sometimes two.

“Hopefully for the second half of the season we have got more reinforcements in there but not just reinforcements, Dylan is a good player to go with it. He is someone who I think will be important for us over the next period of time.” 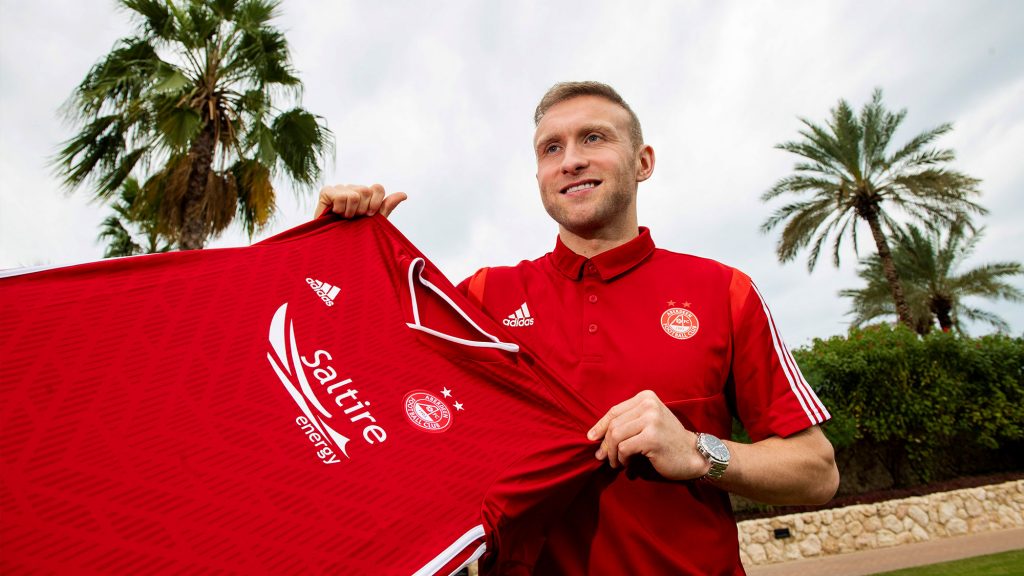 “It is a real positive that we have been able to extend Jon’s loan.

“We have known for a while that Atlanta and Jon were in agreement about extending his loan here. The paperwork has been done and now that has been formalised, Jon can just really zone in now in the second half of the season.

“He has played an important role for us so far, his flexibility has been key but also his energy, his speed and his hunger to impress.

“Jon has now had a look at us. He is far more settled in what he expects from himself and I know that he is eager to show his capabilities.

“He has got more to give and hopefully we see that in the second half of the season. He is the type of boy that we have enjoyed working with. He clearly is a boy who is driven to do as well as he can.”

“Greg is still in the boot from the stress fracture and he will be for the next period of time. He has been instructed to do nothing at all until the bone heals.

“Unfortunately for Greg it is a bit of a frustrating time for him but there is no point in him being out here if he can’t do any work.

“Bryson has just had his operation. The surgeon went in and did a little tidy up. In terms of the timescale we were estimating two months. It might be a touch quicker than that because so little work got done in there. It was not as much as expected.

“He is non weight bearing at the minute, they don’t want him to do any physical work until next week. That was the reason why we left him behind.

“The only injured player who came out with us is young Scott Wright. He is doing a lot of pitch work now and he is doing a lot of one to one stuff with the physio. He will get the benefit of being out here and getting that attention from the physio but also feeling part of it. Scott is progressing well.” 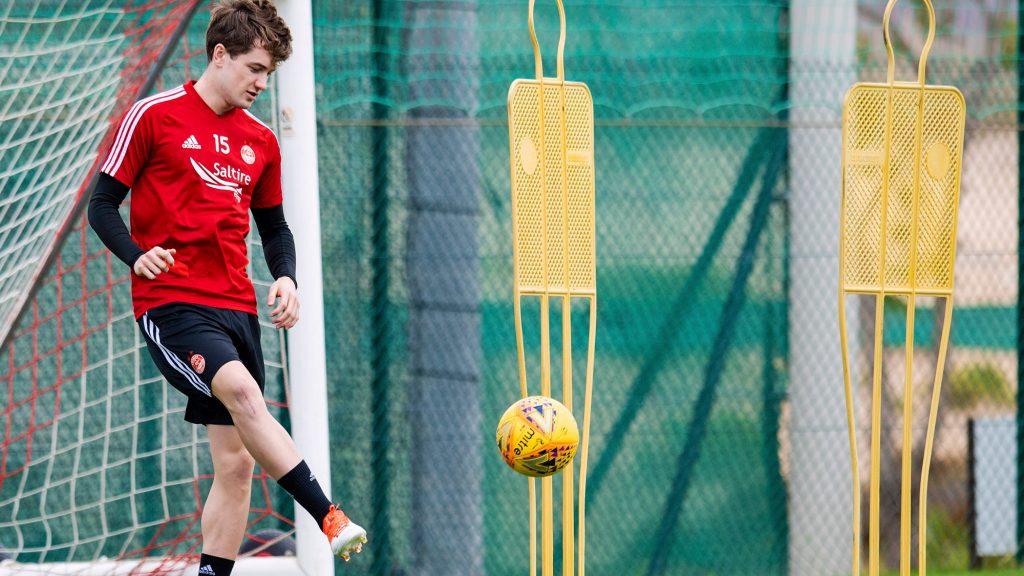 “I have come up against Jim Duffy’s teams many a time in my managerial career. He is a manager I have got a very high regard for and his teams are always very well organised.

“He is very vocal on the side-lines. You can see he coaches his teams very well and he gets performances out of them.

“We have watched Dumbarton over the last wee while. We are firm favourites being at home against a lower league team but there will be a shock somewhere in the Scottish Cup. We have to do all that we can to make sure that it is not at Pittodrie.

“We will give them every respect. We need to bring a performance that we are capable of. Hopefully it is a game, on the back of the preparation here and a couple of days training in Aberdeen, that we will be more than ready for.

“We will fire the players back up again to be part of what we hope will be an eventful second part of the season.

“We want to win the Scottish Cup.

“We need to beat some good teams to get there and the first challenge is Dumbarton.”

Return of the Home End

“Our new chairman is keen to try and generate more atmosphere at home. We have got a part to play with that on the pitch. The supporters have been given enough encouragement to come along and make as much noise.

“Hopefully it is the start of something that we can try and create more of at Pittodrie. I applaud the club’s efforts to try and do something about it.

“Hopefully the supporters buy into it and we can have an atmosphere that not only inspires the players, but the crowd enjoy watching the team and we make Pittodrie a difficult place to come for any team.”

“The games come pretty quick and Motherwell is a key one for us. Every game is important for us in the second part of the season. You start to run out of room for error and you have to make sure that you maximise your points tally.

“There is three points available against Motherwell, we want to make sure that we go and get them against a good team.” 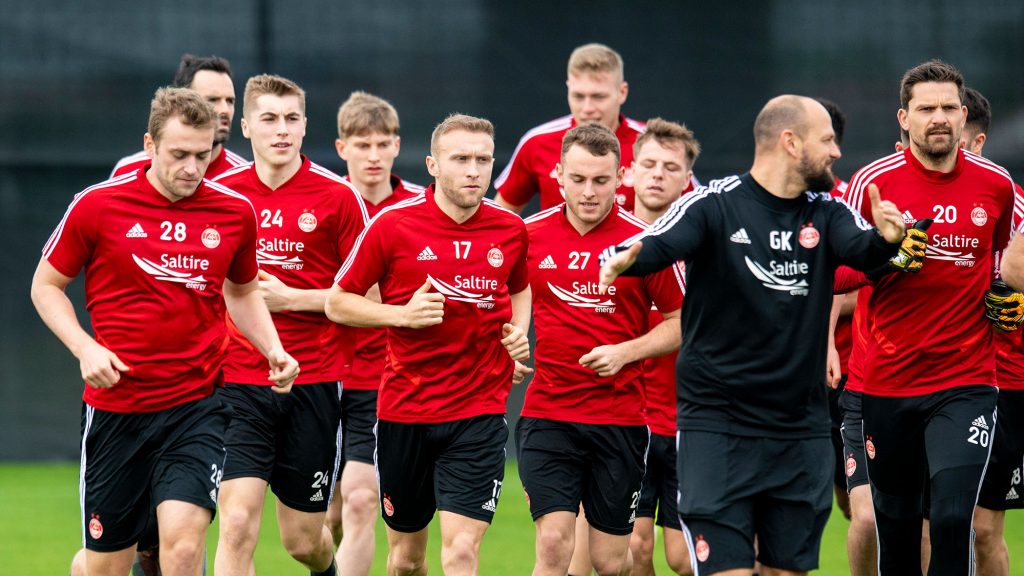