The manager: “I felt we got our just rewards” 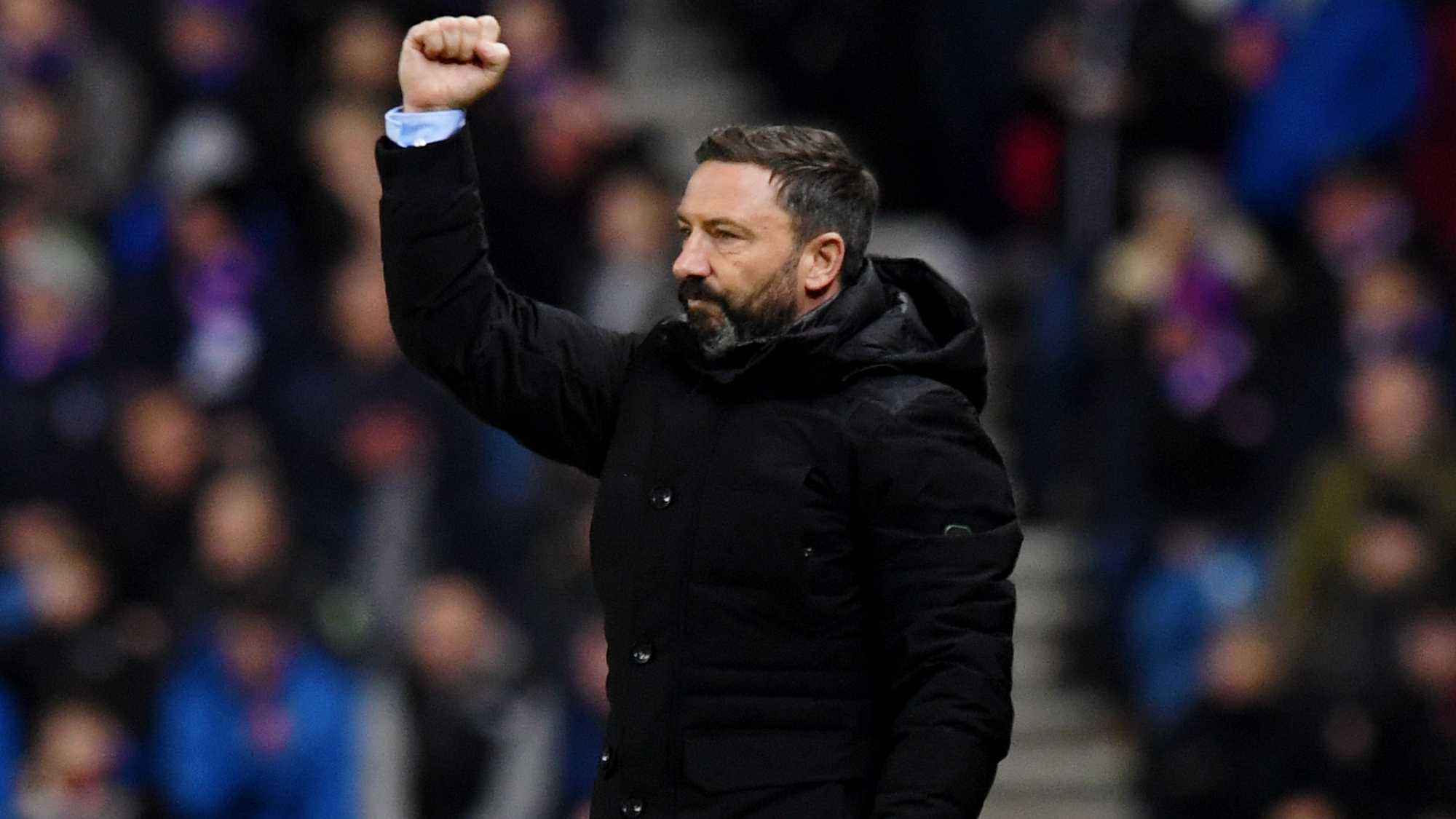 After the victory at Ibrox, the manager had this to say to the media. To watch Derek’s interview click on the red button above or below.

“We had to try and pick ourselves up off the floor after Sunday.

“We put a lot into the final and obviously it was a disappointing result. I was pleased with a lot of aspects of the actual game against Celtic. We spoke this week to the players about not just being a cup team. We have prided ourselves on our league form over the past few seasons and wanted to make sure, with a couple of home games in hand, we see the importance of each and every three points in December.

“The first three came tonight at Ibrox and we knew we would have to do a lot of things right.

“We defended admirably from the front.

“There was real responsibly from each and every one of our players. And McKenna’s goal does give us something to hold onto. Rangers threw everything at us. I was not surprised when Lafferty came on at half time and it gave us another problem to deal with. I thought the players dug deep.

“It is a real shot in the arm when you see the players put so much in.

“And we don’t have a lot of defenders at the moment. We have three central defenders injured. We only have four defenders available. But they know their jobs. They defended absolutely brilliantly. And there was good tenacity all over the pitch.

“I felt we got our just rewards. 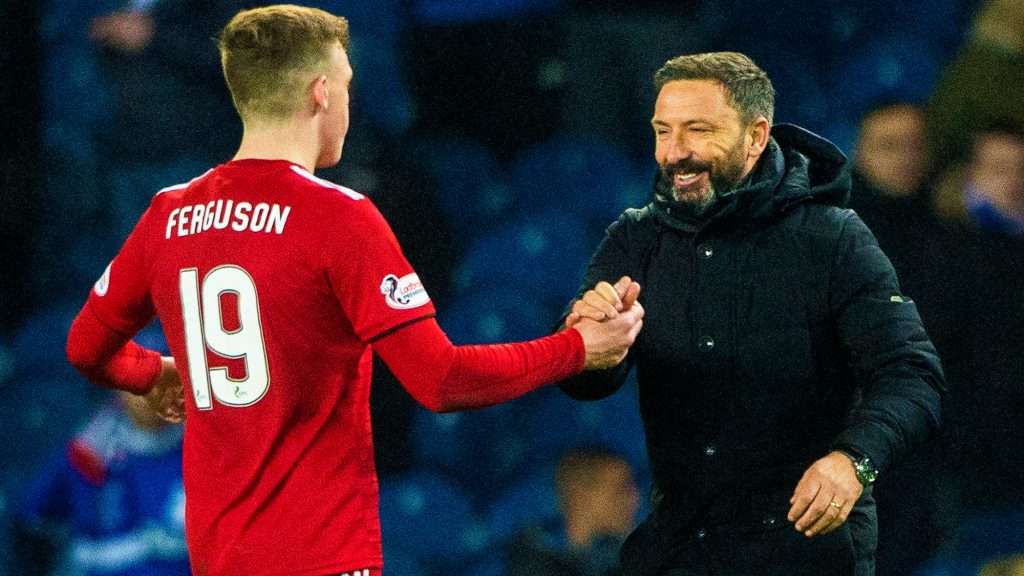 “I have been on at Scott. He should be scoring more goals, he really should. Cosgrove gets up and gets the first touch. Normally when you get the first touch inside the box you give yourselves a chance. I think Sam heads it of the back of Ferguson and it drops. Scott has still got a lot to do but he is athletic enough to get over it and what a finish it is to beat the keeper.

“Then we see the other side of his game in the final minute when he makes a great tackle. There were pivotal challenges throughout and I thought him and Considine were a terrific partnership.

“I have seen the sending off again [Sam Cosgrove’s] and it just confirms what I thought at the time. I think Cosgrove gets the first touch and the ball goes into the crowd behind the goal. I don’t think it is a foul to anyone. If anything, I think it is a foul for us. But to deem that a yellow card, when the boy is already on a yellow card, I find it astonishing he has been sent off for that. He won’t be getting fined having seen it again. He has got nothing to be sorry for and his team mates dug him out.

“I thought it was a very difficult game for the referee to officiate tonight. Rangers v Aberdeen, they are tough games for the referee because both sets of fans expect their players to be fully committed. And that is what we got. There were two committed teams and a lot of niggles and a lot of challenges but I think for Sam’s one the referee should have taken a breath. I just do not see that as accumulating to a red card.

“When we go down to ten men Shinnie and Ferguson decided they would just have to give even more.

“Everyone then gave a bit more and that allowed us the chance to get the job done. Rangers are a good side and they have a proud record of winning games here over the last little while and you can see why. They are up there chasing Celtic so for us to come here and get the three points is a fantastic achievement after the disappointment of Sunday.”

Quotes From The Dressing Room | Max Lowe and Dominic Ball

Quotes From The Dressing Room | Max Lowe and Dominic Ball