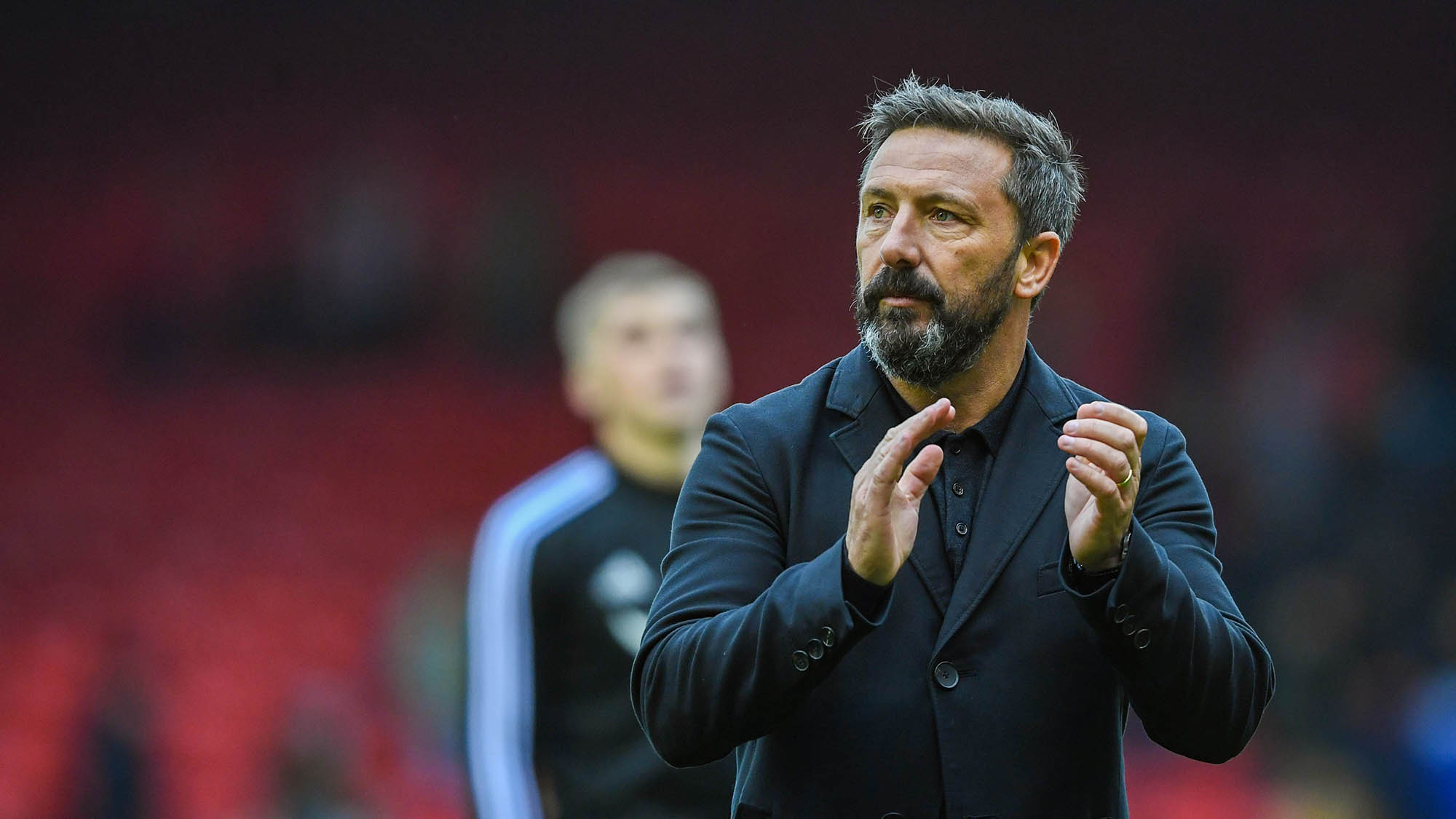 Derek McInnes spoke to RedTV after the game.

To watch the interview click on the red button.

“I could not be more proud of the players efforts.

“There was not a lot going on in the first half. It was quite windy out there and I felt the players showed plenty of effort, plenty of passion and determination to try and make the game go our way.

“I think there were clearly one or two who were quite nervy. Maybe we could have looked after the ball a bit better in that final third as we got into some good crossing positions. I thought we maybe could have capitalised on that in the first half.

“We said to the players at half time that a lot of what we were doing was right.
“Ferguson was keeping Allan quiet and I did not think they were creating too much. I thought McKenna and Considine grew into the game and were dealing with their strikers.

“It was all about us trying to switch the play more so we could get Ethan and Ryan on the ball and then trying to provide service for our front two.

“But when Curtis gets sent off it changes everything.

“The gods are against you. I thought the sending off was harsh to be honest. Having seen it again, he has lunged but his lunge is to try and make up yardage. When he actually lands I think he wins the ball and it is with one foot.

“The reaction from the Hibs player was disappointing. He clearly was not hurt but stayed down.
“The referee I think has guessed for that one because I don’t think he can see it. He certainly was not getting told from the fourth official it was a red card. I am not convinced it was a red card.

“Going down to ten men makes our job all the harder.

“We are a man down and a goal down.

“The goal we lose we knock off. The man coming from the back should be dealt with. It is all about learning for some of the younger ones but we should not be losing that type of goal. When we keep two up, there is two up for a reason for doing that but we still have a responsibly to match anything that comes that way.

“So disappointed with that.

“I thought McGinn was excellent when he came on and I though Gallagher gave us energy and did well.

“We were thinking about the best way to try and carry a threat with the man down. The shape we had to go to was with three playing behind Sam and effectively giving up our width.

“Ferguson got better and better. He was head and shoulders above everyone in the second half. He was outstanding. It is just a shame it finished for him on a sour note with the red card.

“Great determination from the players. They never gave it up. Hedges hits the post before Sam scores. Brilliant belief from them and it was everything I wanted from my team today.

“The reaction was what we wanted. Of course we wanted the three points and with eleven men we would have given us a better chance of doing that.

“It feel like more than just a point that because we were down and out and the players did not give it up.

“It was everything I wanted to see from my team. It was everything that we were not last week in terms of being aggressive enough. We bordered on maybe being on the edge today but I am asking for that and I want to see my team perform in that manner – the way they were in the second half.”

“I was disappointed with the challenge from Mallan on Ferguson. Everyone needs to see that again, but I think Lewis got hurt and I think that one is a nasty challenge.

“For the second red card, Lewis has made a genuine attempt to get the ball, I don’t think that it is a lunge when watching it at normal speed but I need to see that one again. My thoughts on it at the time were that it was just mistimed. Thankfully we only had a minute or two to go with nine men.

“Clearly we have issues for midfield for the Motherwell game coming up.

“All I am thinking about at the moment it is how we can line up a team and what type of team we can pick to play against Motherwell with the suspensions on top of the injuries.”